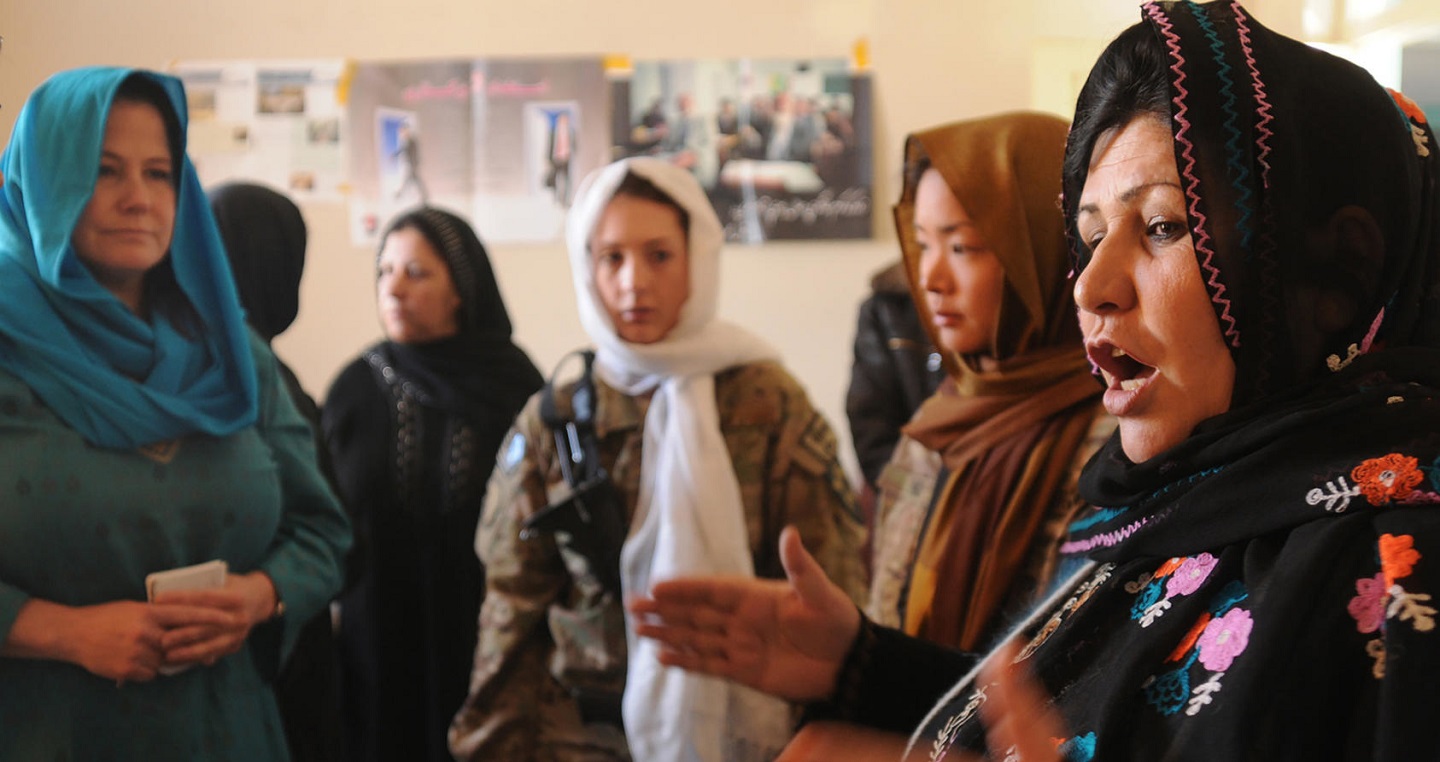 The prerequisites for cross-cultural leadership are to reflect on and understand one’s own culture, and how it shapes one’s experience.

My first deployment was an excellent leadership lab: I worked side by side with experienced military officers from all branches. This experience sparked my curiosity as to what made one officer exceptional and another a failure. To explore this question, I began by gathering insights from those around me on the attitudes, tools, pitfalls, and successes of great commissioned leaders. One key concept jumped out at me: cross-cultural leadership. While there are many definitions for the concept, it requires cultural learning and agility and its focus is on developing the right skills, knowledge, and abilities to lead effectively across diverse cultures. The prerequisites for cross-cultural leadership are to reflect on and understand one’s own culture, and how it shapes one’s experience. Cross-cultural practice entails appreciating and understanding others’ cultural differences, to gain useful sociocultural context. Cultural agility allows a leader to incorporate that knowledge into daily interactions with diverse stakeholders and to lead successfully. In fact, our current national defense strategy demands it.

The 2018 National Defense Strategy outlined three lines of effort: build a more lethal force; strengthen alliances and attract new partners; and reform the Defense Department for greater performance and affordability. The second line of effort is based on the threat of near-peer adversaries, which requires the Department of Defense to establish more partners to help address these near-peer adversaries. According to a 2011 technical report by the United States Army Research Institute for the Behavioral and Social Sciences, military officers will be the ones who must “form [and develop meaningful] relationships, build trust, [and] communicate, and collaborate with people from [extremely diverse] backgrounds.” In order for officers to meet this challenge, they need more language and cultural skills.  In an address to the troops, former President Barack Obama reinforced this point by stating, “in the 21st century, military strength will be measured not only by the weapons our troops carry but by the languages they speak and the cultures that they understand.”

Too often an officer’s first time having to deal with other cultures becomes a ‘firehose’ experience: he or she must master cross-cultural leadership in a new context under great pressure without recourse to functional expertise or tactical knowledge. From one posting to the next, some officers must suddenly interact with government agencies, foreign militaries and governments, industry, academia and other service departments. In the space of a single permanent change of station, they are expected to understand international affairs, inter-organizational coordination, and how to solve complex problems that cross many cultural boundaries. Overnight, they become more than warfighters; they must be diplomats too. This should be no surprise, given that the U.S. military is now often the main instrument of America’s foreign policy.

Today’s conflicts demand cross-cultural leadership at all levels of warfare.  At the tactical level, military officers in Iraq and Afghanistan participated in provincial reconstruction teams that interacted with representatives from the United States Agency for International Development, the State Department, and academic institutions, as well with local government officials. At the operational level, military officers provided critical support and assistance to international humanitarian assistance and disaster relief operations, requiring close interaction with many other institutions, organizations, and even nations.

At the strategic level, combatant commanders and their teams are responsible for much more than the military instrument of power they must understand their complex political contexts. After all, a combatant commander oversees all assets in a specific area of responsibility and coordinates military, diplomatic, intelligence, and development assets. Cross-cultural leadership is paramount, but many military officers aren’t receiving enough preparation or support to succeed at it.

Unfortunately, professional military education (PME) lack robust cross-cultural learning opportunities. Foreign area officer (FAO) programs, computer-based training courses, joint classes, and foreign exchange programs only reach small percentages of the services’ officer corps, even though all leaders need to learn how to think, decide, and act in a culturally diverse world. Worse, most of the existing opportunities come at suboptimal times in officers’ careers and also fall short of the depth and breadth needed to develop real cultural agility. Each Service’s culture also affects what its officer corps values in officer development. For example, many of my Air Force peers and I avoided the FAO program because senior mentors advised us that it would make us less competitive in our functional communities. And while the Department of Defense claims understanding other cultures is critical, the resources, utilization, and opportunities to do so are still severely limited. The armed forces must address the contradiction of needing cross-cultural leadership skills while discouraging officers from pursuing them. Instead, talent management tactics should incentivize or create frequent, timely opportunities that encourage officers to seek out such experiences. Without a deliberate roadmap in this area, the majority of officers will be unprepared for it in future conflicts.

A common mistake some military officers make when working with partners and different cultures is assuming that we (the United States military) have the answers and best practices.

A pitfall in seeking intentional development is the traditional bureaucracy of government processes. It could take years to develop new PME, to create supporting policy, and to access the resources needed to help military officers become global professionals, capable of operating in a variety of cultures. Most likely, it will take even longer to develop a practical strategy for cross-cultural leadership opportunities. However, we cannot wait for the institution to evolve before officers learn and embrace cross-cultural leadership. As leaders, we must take ownership and learn how to develop and improve our skills across a variety of different cultures. Below are three guidelines to consider:

As military officers, learning how to be a cross-cultural leader will take time. We must understand that to foster cultural learning and develop cultural agility, we go through different stages. According to the conscious competence matrix, we often start with unconscious incompetence, where we are unaware that we both lack and need a given skill. The next step is conscious incompetence, where we understand we do not have the needed skill and we commit to learning and practicing it. With time and effort, we can transition into the next stage of conscious competence, where we can perform the skill, but it requires concentration and has not become second nature. Finally, unconscious competence occurs when have practiced the skill so much it has become almost instinctual. No matter how strong an officer you are, you will have to go through this process as you attend cross-cultural training and developmental opportunities.  To paraphrase cultural agility expert and psychologist Paula Caligiuri, cross-cultural leadership is a “practice,” and building competence for it is a “process.”

Successful military officers learn how to develop mental toughness. With so much of leadership being mental, we officers must question our mindsets and assumptions when working in cross-cultural environments. For example, Caligiuri suggests leaders must be able to tolerate ambiguity, develop cultural curiosity (a desire to comprehend another culture on a deep level) and have the appropriate level of self-efficacy (someone who has accurately assessed his or her own abilities). Officers who lack self-efficacy do not self-reflect or solicit honest feedback and may therefore overestimate their abilities. Officers may also underestimate the magnitude of challenges in learning a new culture or becoming an effective leader in it. Still, we need enough confidence to reach out to allies or other entities, to form relationships, and to believe we can successfully lead a diverse team to accomplish an objective.

A common mistake some military officers make when working with partners and different cultures is assuming that we (the United States military) have the answers and best practices. While the Department of Defense has a robust budget, we cannot presume our methods for spending it are the “gold standard” for all. We miss vital opportunities when we only focus on pushing information to our partners instead of trying to learn from them also. The moment we think we know it all, we are wrong.

There are both formal and informal ways to expose oneself to different cultures and to receive the training to develop cross-cultural leadership skills. Programs like the Air Force’s Culture and Language Center and the Defense Language Institute’s Foreign Language Center are excellent starting points to gain training and exposure. Resources such as news sources, suggested readings, country profiles, significant laws, and more can help educate and inform military officers about the world. While policy like the Army Culture and Foreign Language Strategy still need considerable work and development, military officers need to take advantage of these programs and fight for more of them. In short, we must take the initiative and apply for opportunities to gain real-life experience in cross-cultural environments ourselves.

Opportunities for cross-cultural experiences may include attending seminars in foreign countries, experiencing industry jobs, competing for fellowships in academia, or taking cultural immersion trips. Even something as simple as a “buddy program” or a global mentoring network with an allied force, joint partner, or a civilian sector organization can prove beneficial. Without seeking or taking opportunities for practical experience, military officers will continue failing at cross-cultural leadership.

As military officers, we will always have fewer resources than missions, which include: combat, peacekeeping, reconstruction, counterinsurgency, disaster relief, and humanitarian assistance. Beyond this, we must strive to become more self-aware, improve communication, and gain influence as we operate in a volatile, uncertain, complex, and ambiguous environment. As leaders, if we do not learn new skillsets and grow, we will fail our people and the mission. The world continues to transform and too often officers fail because they have not learned cross-cultural leadership. Cross-cultural leadership is still a new concept but must be taken seriously. It’s time for a shift. Officers can no longer try to operate in a global environment without cultural learning and agility.  If we remain siloed in cultural ignorance, we will fail when it counts the most.

Elizabeth Vaughan Moyer is a Captain in the Air Force and a doctoral candidate in Strategic Leadership. The views expressed in this article are those of the author and do not necessarily reflect those of the U.S. Army War College, the U.S. Army, the U.S. Air Force or the Department of Defense.