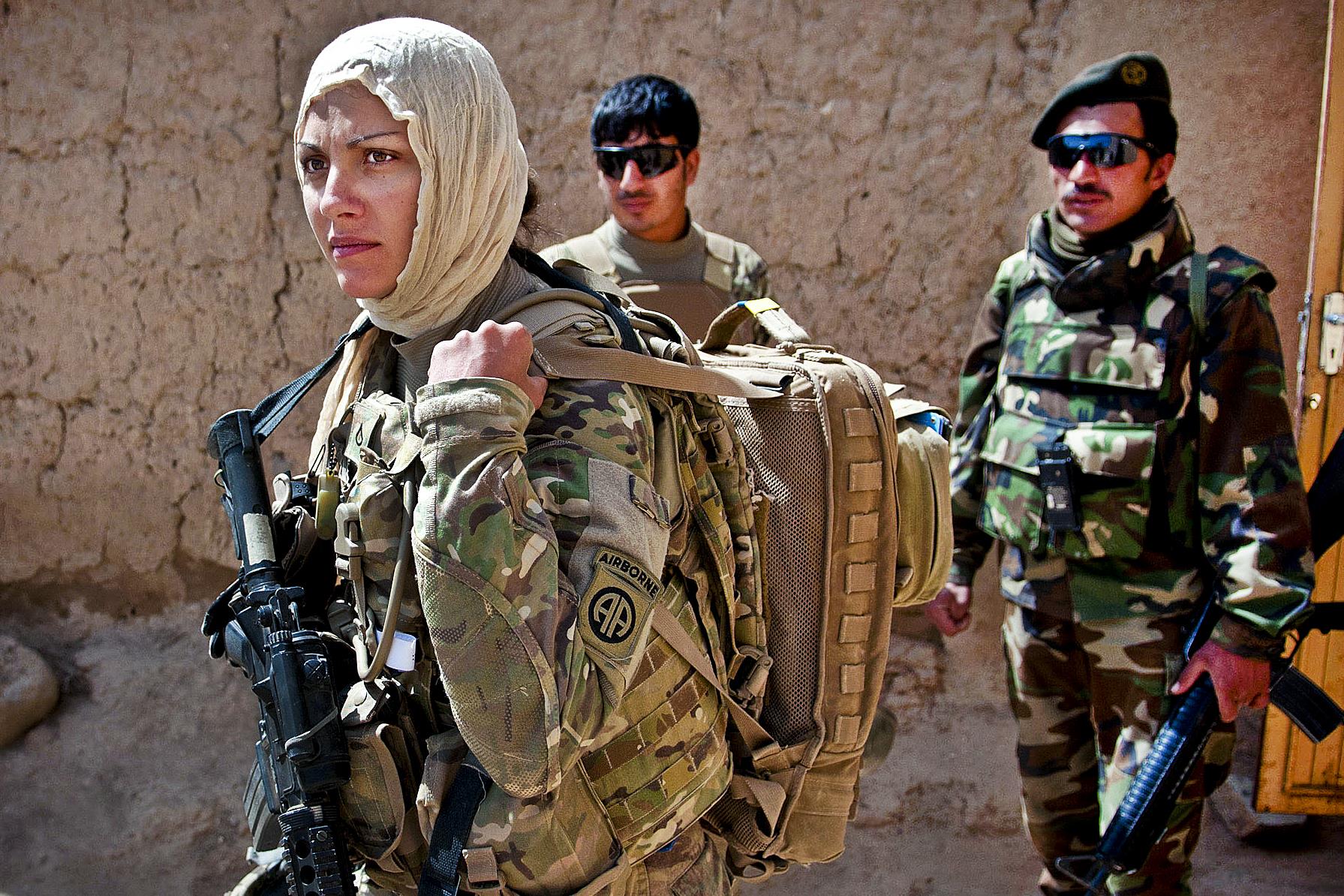 Diversity alone, without a climate that fosters it, does little to root out latent racism, sexual harassment, and other manifestations of bias

The Army strives to increase diversity in its ranks, particularly since the advent of the All-Volunteer Force – and it has made significant progress – but such changes appear to be occurring rather slowly. One of the reasons is how latent biases, especially with regard to race and gender, inhibit achievement of diversity’s goals. This article aims explores why diversity is important to the Army, how biases may affect personnel advancements, and what can be done to reduce biases in order to diversify the senior leadership of the Army. The Army depends on recruiting people from a society that is increasingly diverse, and it needs to reflect that diversity at all levels.

Diversity is important because it makes it easier for the Army to recruit from a wider racial and ethnic population, thereby accessing skills and abilities that are not readily available in the majority population. The Army’s ability to tap populations with specific language and cultural skills is a prime example of why diversity is important. Iraq, Afghanistan, and World War II demonstrate the need for the Army to have personnel who understand the language and the operational environment in which they are to fight. There are numerous examples of diversity skill success stories for the Army such as the Navajo Code Talkers and Tuskegee Airmen in World War II, and the Marine Corps Lioness program in Afghanistan. A wider recruiting population also allows the Army better odds for success in meeting its recruiting goals. This is especially important in a country where only a fraction of the population is fit, meets recruiting criteria without waivers, and of age to fight as defined in Army doctrine. If diversity is so important to the Army, why is it unable to see it in the Army’s general officer ranks?

According to the Army Diversity Office, “The Army defines diversity as the different attributes, experiences, and backgrounds of our Soldiers, Civilians and Family Members that further enhance our global capabilities and contribute to an adaptive, culturally astute Army.” While this sufficiently defines diversity, it falls short of linking the benefits of diversity to the workplace environment. Diversity alone, without a climate that fosters it, does little to root out latent racism, sexual harassment, and other manifestations of bias. While the Army needs to improve diversity in the senior ranks, it also needs to improve the racial and gender climates which allow diversity to flourish. Achieving diversity for its own sake, as reflected in demographic statistics, without achieving a climate of inclusion that fosters diversity, may hide the underlying feelings of some individuals and enable them to shrug off the Army’s values.

Diversity in the Senior Leader Ranks

Army officer leadership in the ranks from Brigadier General through General during the past 12 years, by race and gender were compiled by reviewing annual Defense Manpower Requirements Reports. The data shows that of the 320 general officers on active duty in 2017, more than 80% are white and only 6% are female. Blacks and Asians have fared better than any other race during the past 22 years. Hispanic senior officers are well below national demographic percentages. Comparing Army senior officer data to 2016 U.S. census data shows that females and Hispanics continue to be under-represented in the general officer ranks. While there have been slight gains during the past 22 years, barriers to greater diversity remain. These barriers may be found in organizational dynamics, bias, and institutional practices that prevent greater diversity in the Army.

While many have lauded the military’s increasingly inclusive policies over the years, many military leaders remain entrenched in the belief that these policies can only hurt the quality of the Army, and they have protested change. They see diversity and effectiveness as a trade-off, and ask questions like “Does our Army really need to reflect society?” and “Do we want to win wars or become a ’social experiment’?”

According to Lawrence M. Hinman, three types of organizations in the United States employ diversity as a method of change. The first is the monolithic organization, which is almost homogeneous in the upper management positions with females and people of color in lower-ranking positions. While monolithic organizations may espouse diversity as a value, demographic disparities between the leaders and the led create tension. Minority followers are more likely to view the organization and its leaders as duplicitous, of preserving majority power while saying otherwise.

The second is the plural organization, which is more heterogeneous and seeks to ensure diversity via its own rules and regulations. The organization presumes that formal policies and procedures alone would help institute greater fairness and merit-based advancement. The risks, however, are artificial barriers placed before majority members, thereby inadvertently creating reverse discrimination.

The Army’s official position on diversity aligns with Hinman’s concept of the power of multicultural organizations. But what does the Army practice? The disparity between diversity representation in the enlisted and officer ranks suggests that the Army is bifurcated. It is a multicultural organization in the enlisted ranks, with large numbers of minorities serving in senior roles, but it is a monolithic organization in the officer corps, with higher rates of attrition (and lower promotion rates) among women and minorities, and little minority and female representation in senior leadership. There are many explanations for this discrepancy, including that minorities in the Army’s officer corps are less likely to pursue combat arms career fields that continue to produce the majority of general officers. However, an explanation is not an excuse. If service in the combat arms is essential to advancement to senior leadership positions, then it is incumbent on the Army to learn how to attract more qualified  minority and female officers into those branches.

The proof is in how the Army acts on a daily basis over time. Leaders and followers alike must acknowledge and address problems

If the nation is going to have a diverse Army, then the Army’s leadership must reflect that diversity. Army boards consider diversity and do look for past discrimination on Officer Evaluation Reports (OERs). If this is the case, why is there not more diversity among Army leaders? What structural barriers still exist after decades of diversity training? What is the greatest inhibitor towards more diverse leadership? These questions may be answered by what sociologists call Unconscious Bias.

Biases and Their Impact on Selections

According to the University of California, “Unconscious biases are social stereotypes about certain groups of people that individuals form outside their own conscious awareness. Everyone holds unconscious beliefs about various social and identity groups, and these biases stem from one’s tendency to organize social worlds by categorizing.” Unconscious biases are prejudices we are unaware of because they are embedded in our subconscious. They are “mental shortcuts based on social norms and stereotypes.” Unconscious biases can be based on myriad personal factors or attributes to include skin color, age, gender, marital and parental status, and name, among others. The tendency toward bias is rooted in the human brain at birth. Over time, we learn to mentally group things to help us make sense of our environment. Doing so feeds our survival instinct by grouping things that are either safe or unsafe. For example, bias keeps us safe knowing what or what not to eat. It helps us determine who is friend or foe. That unconscious bias is still with us today despite centuries of evolution. Even though the Army has had years of diversity, equal opportunity, and equal employment opportunity training, bias still exists in the workplace.

The current promotion systems for senior military leaders allow biases to flourish. For example, the Department of the Army photo cannot help but identify race, and the Officer Record Brief (ORB) lists the name, birthplace, education, and religion of every officer being considered by a promotion board. Boards also see the Officer Evaluation Reports which have names on them, identifying the officer being considered for promotion, and possibly identifying race or ethnicity as well. If bias exists in all of us, is there some methodology for to mitigate it?

Reducing the Perception of Bias

If the Army is to transform from a largely monolithic organization to the desired multicultural one, tackling unconscious bias is a both a first step and a long-term ongoing process. The Army is now recruiting lieutenants who will join the cohort of general officers in 2040-2045. Without a persistent effort, discrete episodes of bias any time during the next two decades might be enough to dissuade today’s young men and women from entering and staying in through selection to brigadier general.

While it may be impossible to remove any individual’s personal biases, the Army must develop and practice cultural norms and formal procedures that mitigate the effects of such biases. It is essential to prevent biased personnel practices in the selection and promotion systems.

First, the selection/promotion systems should be modified to remove photos, names, birthplace, religion, and any other identifying information from officer record briefs, efficiency reports, and other records presented to boards. Officers can be identified by their social security numbers rather than by names. If there is concern that an officer may not present a proper military appearance, the rater and senior rater should be the ones who determine that, not a selection board looking at a photo. This type of process is known as “blind hiring” and it has proven successful in a number of organizations.

Second, eliminating bias must be part of the Army’s diversity training. Project Implicit is an online tool that allows a person to gauge his or her level of bias along a number of lines. Taking the test and reviewing the results should be part of initial diversity training. In addition, a discussion of the contact hypothesis should be part of mandatory training. The contact hypothesis is a belief held by psychologists that greater contact with people of different races and genders is the only way to reduce—but not necessarily eliminate – racism and prejudice. This suggests that increasing contact between white mentors and non-white mentees, especially at the senior leader level, is a way of reducing bias across the institution. Moreover, leaders should ensure that mentoring and improving diversity are listed as performance objectives on officer evaluation support forms.

Third, the Army should update Army Regulation 690-12 (Equal Employment Opportunity and Diversity) to require training in the identification of bias.

Fourth, the Army must increase senior leader messaging on diversity and elimination of bias. Currently, there are no senior military leaders addressing diversity on the homepage until one clicks on the Diversity Roadmap where a message from the Army’s senior leaders is buried. Consistency in words and actions by Army senior leaders is critical for demonstrating commitment to diversity and not allowing it to become a mere bumper sticker or fad.

While the above recommendations help embed diversity into Army culture, the proof is in how the Army acts on a daily basis over time. Leaders and followers alike must acknowledge and address problems and challenges when individuals, units, or the Army as a whole fails to uphold its stated values. Despite significant progress during the last 70 years, the Army still has much more to accomplish. To increase diversity in the general officer ranks, the Army must revise its diversity training and remove the negative influence of unconscious bias.  But above all, because the Army must promote from within, it must keep its sights set on the target – a multicultural organization that leverages the strengths of all its members to fight and win on complex, dynamic battlefield. This means we have to become more self-aware about our own biases, as individuals and collectively.