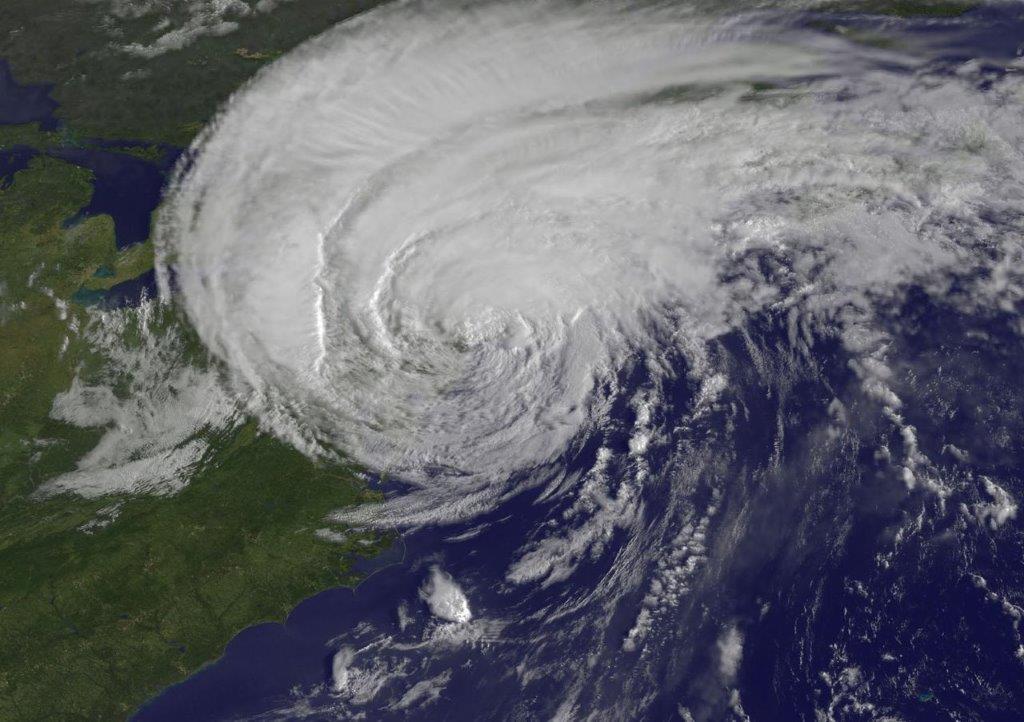 Traditional deterrence is transparent, certain, and rational. … The new approach to deterrence … embraces the chaos.

The world is in chaos. Many ignore it; others seek to tame it in these volatile and uncertain times. We face complex, ambiguous situations and yet Chaos Theory encourages us to acknowledge the bedlam; to accept what we cannot control. In the 1990s, the U.S. Army War College created the term “VUCA” – an acronym for “volatile, uncertain, complex, and ambiguous” – to describe the challenges of the post-Cold War security environment that it struggled to understand. The current administration seems intent on adopting the chaos VUCA describes as its very basis for a Hobbesian view of competitive international relations.

The current U.S. Administration’s national security policyaccepts and seeks to exploit present-day uncertainties in the international community. This emerging policy evokes the Latin maxim complecte abyssum, meaning “embrace chaos;” accepting that chaos cannot be eliminated, the U.S. now seeks to manage it through deterrence. Unfortunately, deterrence is ill-suited to this new role.

Whereas traditional deterrence keeps an adversary from doing something by communicating a transparent, clear, and credible threat of retaliation against a specific action, under the new policy, “hard power” and coercion are being used to sow fear and uncertainty about how the United States may respond to any number of provocations. This approach transforms the traditional certainty associated with deterrence into something less predictable, and contradicts the entire basis of deterrence. The result pins America’s security in the Second Nuclear Age – a period of extraordinary uncertainty – on a perplexing and unproven strategy.

Three recently released documents outline the new strategic approach. The National Security Strategy clearly harkens back to the Cold War necessity of preserving a favorable balance of power, while acknowledging the new, multi-polar environment in which Russia and China are the nation’s two likeliest competitors. The National Defense Strategy justifies increasing conventional capabilities, while the Nuclear Posture Review conveys the need for better and more usable nuclear weapons to reaffirm our commitments to collective defense, counter-proliferation, and the defense of our allies. The idea of deterrence is integral to all three documents and is especially prominent in the Nuclear Posture Review.

Nuclear weapons can be as useful when threatened as it is when used, as long as the party being threatened is given a choice. Characterizing this approach as “the art of coercion and intimidation,” Thomas Schelling referred to it as “the diplomacy of violence,” which includes the ideas of deterrence and compellence. Deterrence is intended to keep an adversary from doing something for an extended – and perhaps infinite – amount of time, whereas compellence is the threat to coerce an adversary to do something within a defined period of time. Both involve the use of threats and coercion, but deterrence differs significantly from compellence in that it surrenders the initiative to the opponent.

Traditional deterrence is transparent, certain, and rational. It functions by exploiting an opponent’s fear. It begins with some type of action designed to communicate its intent and then it waits for the opponent’s response. This means that the initiative to act or to refrain from action lies with the opponent; the deterrent threat only becomes operative if and when the act intended to be prevented is taken and/or the condition to be avoided materializes. Standard deterrence also exploits uncertainty by relying on emotion and fear to dissuade an opponent from taking a particular action, but it is clear, predictable, and rational about not only what will trigger retaliation but also what kind of reprisal to expect. Stanley Kubrick’s brilliant film, Dr. Strangelove, memorably-defined deterrence as being “the art of producing in the mind of the enemy… the fear to attack.” It is difficult to know for certain that deterrence worked in the Cold War. We cannot know whether deterrence prevented nuclear war, but we can be sure that it did not not work. Nuclear weapons have not been used in war since Nagasaki.

A New Role for Deterrence

Making use of the hard power of coercion and relying on a pro-chaos approach uses deterrence in a new way. This innovative approach may succeed by exploiting competitive ambiguities. However, it may also result in America confusing its allies and enemies alike, which could tempt other leaders to leverage uncertain, ambiguous deterrence themselves to keep everyone off-balance and apprehensive. This, of course, raises risk in a way that traditional, transparent deterrence does not.

According to Paul Miller, President Trump’s brand of nationalism rests on his belief that liberal values “are not universal” and that the world is a “highly dangerous” place. Therefore, his penchant for engendering chaos through the pursuit of opportunism and the embrace of VUCA makes sense. Coupling these elements with “principled realism” anticipates that the United States will act in its own interests, regardless of the norms of the international system. This allows the United States to strike out on its own at will, partnering with others as is necessary or advantageous, in the transactional manner favored by the current president.

The role of deterrence in this new approach, however, is unclear. Deterrence is above all a reactive, defensive strategy, ceding the initiative to the opponent, and placing the strategy in philosophical opposition to the more action-oriented approach of principled realism. Compounding this incongruity is the function of deterrence as a “negative-aim” strategy that seeks to prevent an adversary from gaining or doing something while reaping little of tangible value (such as territory) over time. Understanding how an embrace of chaos can reconcile deterrence with principled realism helps reveal the logic behind this unlikely pairing.

The role of deterrence in this new approach… is UNclear. Deterrence is above all a reactive, defensive strategy.

Viewed from the perspective of inducing fear, the new approach to deterrence becomes clear: it embraces the chaos of VUCA as its basis for a nationalistic security policy that dissuades enemies from threatening America’s interests, whatever those are deemed to be. This construct also explains the Administration’s rejection of the conventional “positive-aim” strategy to provide incentives for good behavior, using more traditional deterrence characteristics such as transparency and predictability to dissuade opponents from behaving badly and gain tangible advantages. The U.S. is asking deterrence to do things it is not designed to do, a dangerous gambit that places American national security at greater risk.

Trilemmas and the New Deterrence

Thanks to nuclear proliferation, we have entered what has been described by Paul Bracken as the (multipolar) Second Nuclear Age, which is dramatically different from the (bipolar) First Nuclear Age. We now face — in the multipolar environment acknowledged by the National Security Strategy — what are known as security “trilemmas.”

More complicated than traditional dilemmas, trilemmas recognize the “cascading effects” that actions taken to guard against one state may have on producing insecurity in a third (perhaps nuclear-armed) state and which are likely to be neither rational nor predictable. According to the Council on Foreign Relations, the “risk of a breakdown in strategic stability due to an explosive mixture of unresolved territorial disputes, cross-border terrorism, and growing nuclear arsenals,” especially in Asia, coupled with proliferation (which has increased the number of nuclear armed states), makes deterrence in the Second Nuclear Age far more dangerous and uncertain than ever. The risk of exploiting fear through an unpredictable deterrence policy is likely to exacerbate the existing chaos in an already vastly more complex international security environment than existed in the past.

Given that even traditional deterrence is more complicated to use today, it is uncertain whether a new form of deterrence could address the myriad and nuanced challenges of the Second Nuclear Age. While “America First” might not mean “America alone,” what it does mean is that our alliances may be more short-lived and could change more often. This may limit America’s ability to rely on the diplomatic advantages and force multipliers which come with having stable, predictable relationships. It also forces the United States into a position of relying on the untested effectiveness of using deterrence in an unpredictable, and therefore destabilizing manner, and on its unknown potential for influencing others in ways which are beneficial and advantageous to American interests.

A New Trick for the Old Dog of Deterrence

America’s emerging national security policy of embracing a VUCA-infused deterrence may be asking more of deterrence than it can bear. It is not certain that this new twist on an old strategy of deterrence will be able to live up to the expectations being placed on it. Pairing it with a chaotic policy that may keep allies anxious and enemies afraid places a risky bet on the ability of the time-tested effectiveness of deterrence in the First Nuclear Age to be able to function successfully in maintaining and/or enhancing American national security in the Second Nuclear Age. A wild or reckless application of “chaotic deterrence” may require yet another Roman piece of advice to embrace, such as “cave canem,” or “beware of the [young] dog.” The “old dog of deterrence” may not be able to learn new tricks. The question is whether we need it to.

Kelly Jordan is Associate Professor of Military & National Security Studies at American Military University. The views expressed in this article are those of the author and do not necessarily reflect those of the U.S. Army War College, U.S. Army, or Department of Defense.