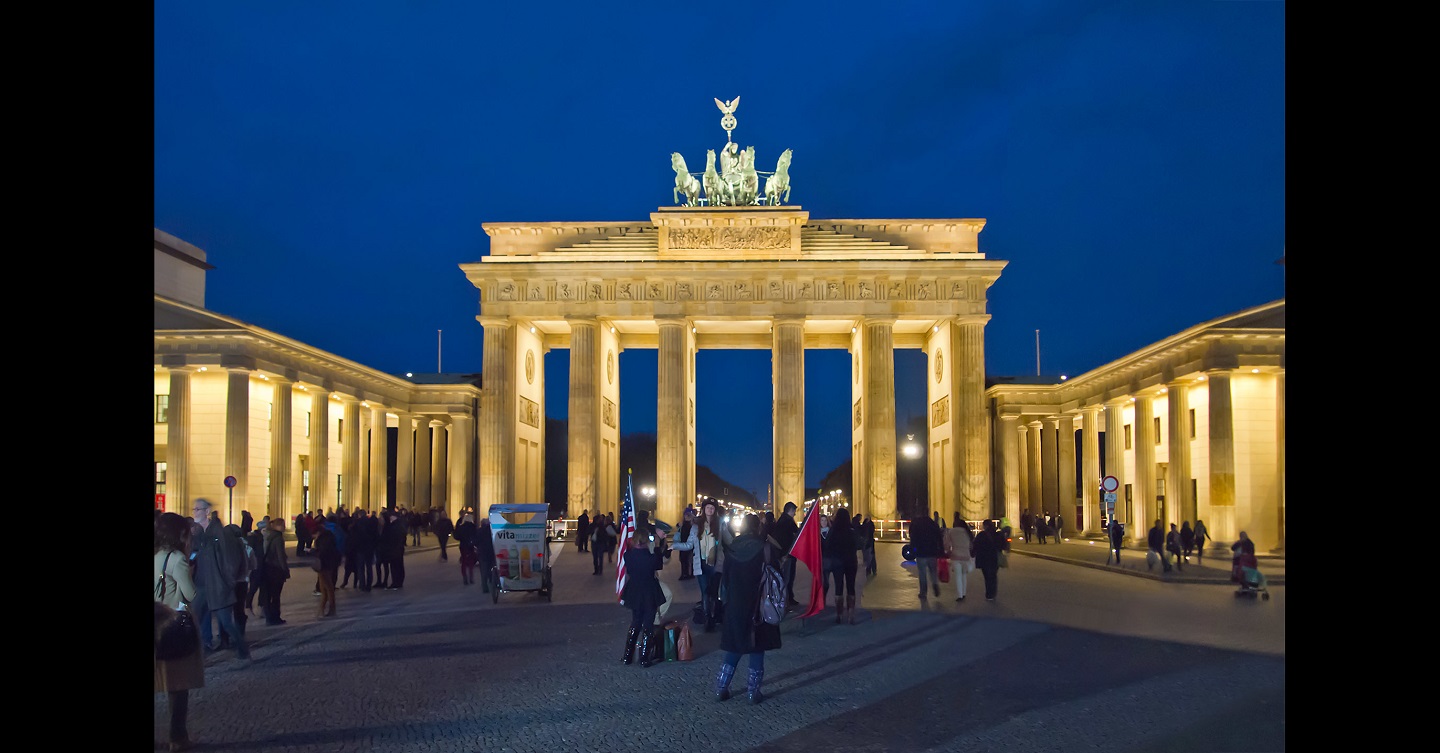 NATO is at a consequential intersection. It can continue down the path of status quo towards brain death and obsolescence, or NATO can adapt to the turbulent times by injecting more German leadership for credible deterrence, as highlighted by the Secretary General of NATO, Jens Stoltenberg. Recent comments from the U.S. administration about troop drawdown in Germany should not come as a surprise to anyone given the current state of affairs in U.S. domestic politics: COVID-19 has amplified nationalistic sentiments, and rising economic inequality within the United States will prioritize domestic spending over defense spending. Calls to shrink the U.S. military’s foreign footprint predate the current U.S. administration. The other side of the aisle wants drastic cuts to the Pentagon’s budget and to curtail U.S. military bases abroad. Though it is extremely unlikely that a new hegemonic threat, including Russia, will rise out of Europe to challenge the United States, a rising Chinese hegemony in the Indo-Pacific region does challenge U.S. national interests. Given the constraints on future U.S. defense spending, European states should expect U.S. defense spending to prioritize the threats to U.S. national interests emanating from Asia over European defense concerns. It would therefore be detrimental to the NATO alliance to continue with a business-as-usual mentality of overreliance on U.S. forces without greater European leadership and contribution. Germany should take a more prominent role in the North Atlantic Treaty Organization’s (NATO) credible deterrence mission.

Unlike the international relations tradition of realism, which emphasizes that states are unitary actors who are in a constant cycle of competition with each other, NATO is emblematic of the liberalist tradition that stresses cooperation and teamwork to achieve common objectives. Many realists do not believe in the utility of international institutions to approach questions of international security, but NATO is vital for the United States because it helps expand U.S. influence over the foreign and military policies of European States, thereby allowing the United States to amass power.  However, over time, the United States has taken on an oversized role in supporting NATO, while a majority of European allies remained content with putting in the least possible effort into defense. Cooperation and teamwork, the hallmarks of neoliberalism, become difficult when the United States gets little help in supporting NATO. Additionally, with NATO being heavily dependent on the U.S. forces, it allows for the United States to have an outsized influence on the NATO decision-making process without the required checks and balances from other members of the alliance. Absent this balancing influence within an international organization, such as NATO, strong states will use these organizations and interpret laws in ways to further their own interests. This approach by strong states can adversely impact the trust that other states have in such institutions, and it could lead to the downfall of the institution. When European countries feel that they cannot trust NATO to provide for their security and survival, they will pivot towards trying to maximize their power to guarantee their security, because no state can be certain about the intentions of other states even if they are allies. There have been hints of a growing lack of trust between members of the alliance, and recently, tensions have been flaring between European members of NATO. A fractured NATO without European leadership will exacerbate the fraying unity and lead to the downfall of the alliance. It will take more significant German mediation in the future to calm tensions between allies given that the United States focuses elsewhere.

Germany can provide the European leadership that NATO urgently requires to stay relevant.  As the Eurozone powerhouse with one of the lowest consolidated gross debts among major western European economies, Germany has the wealth to invest in NATO’s defense strategy. France, Italy, Belgium, and the U.K. cannot sustain a higher debt-to-GDP ratio that would result from spending more on defense. Germany is a global leader in innovation and research and possesses the technological expertise required to spearhead NATO’s defense. Today’s NATO challenges differ from those at the height of the Cold War. There is no longer a threat of the Red Army marching across Europe and Russia’s dwindling population, economic stagnation, fallout from the COVID-19 pandemic, and subsequent oil war with Saudi Arabia have stymied Vladimir Putin’s ambitions. However, Russia can still achieve its goals of delegitimizing democracies and sowing division within Europe through hybrid warfare.

It is natural to expect severe opposition to increased German defense spending.

It is natural to expect severe opposition to increased German defense spending. Anti-military sentiments still run very deep in domestic German politics. Other European nations will also be concerned and may object to Germany’s taking on a more significant leadership role in NATO, given the former’s history. Although these are valid concerns, three main points need emphasis. First, the United States is still part of NATO and U.S. forces will still be present in Europe. As an effective international organization that upholds the norms of collective defense, NATO will tamp down any fears of a return to European power politics. Second, concerns of a resurgent German hegemony in Europe are misplaced, because unlike pre-WWII, German demographics point toward an aging population with a declining labor productivity forecast. The declining productivity of the German population will limit the technological advancement that is required to become a military superpower. Third, the Basic Law of the Federal Republic of Germany (the German Constitution) closes the loopholes for the reemergence of authoritarian institutions through a separation of powers and a parliamentary democracy. The new constitution also prohibits the suspension of fundamental rights of the people of Germany under any circumstances including national emergencies – a marked difference from the Weimar Constitution.

In a complex world, NATO is still relevant and has a vital role in guaranteeing European stability by keeping power politics at bay. NATO has mitigated the reversion of European defense policy to individual European states and brought about European stability for over seven decades – after two previous millennia of conflict – by allowing European countries to pass the buck of security to NATO. European states were happy with this outcome because, in addition to lasting peace, it allowed them to focus on their respective domestic social policies rather than defense. Similarly, the United States also benefited from NATO, given the expanded U.S. influence over the foreign and military policies of European states. It was a win-win situation as liberalist theories point, and it was an enduring factor for the survival of NATO after the end of the Cold War, unlike the winning grand military coalitions of the World Wars.

History illustrates an example of how European leadership could save the alliance while the United States is preoccupied with other challenges. For example, when the United States was fighting the Korean War in 1950 within the broader context of the Cold War, West Germany stepped up under the leadership of Konrad Adenauer to enhance European defense against the former Soviet Union. Even before Germany formally joined NATO, West Germany overcame a domestic “Ohne Mich“ (without me) protest movement and made the painful decision to rearm just four years after the Third Reich ended, for the sake of European collective defense. This difficult decision not only brought credibility to western democratic values when juxtaposed against the Soviet communist values in eastern Europe, but it also heightened NATO readiness to take on the Soviet threat, even with the United States occupied on the Korean Peninsula.

At a time when the world is becoming multipolar with the rise of China along with the sustained Russian threats to European stability, German Chancellor Angela Merkel is right to point out that Europe is in no position to defend itself without NATO. But NATO has a leadership crisis at hand, and Germany has a choice to step-up and calm the tempest by contributing more towards the collective security agreement. Continuing with the status quo of depending on U.S. forces will lead to the deterioration of NATO and a probable return to the renationalization of European defense policies. On the other hand, Germany could revitalize the alliance, which would enable NATO to be less dependent on U.S. forces and which would balance the power structure within the alliance, thereby boosting NATO’s credibility. NATO is critical to peace and stability in the Western Hemisphere, and Germany can ensure NATO persists in maintaining both of these objectives.

Photo Credit: By Pedelecs by Wikivoyage and Wikipedia, CC BY-SA 3.0