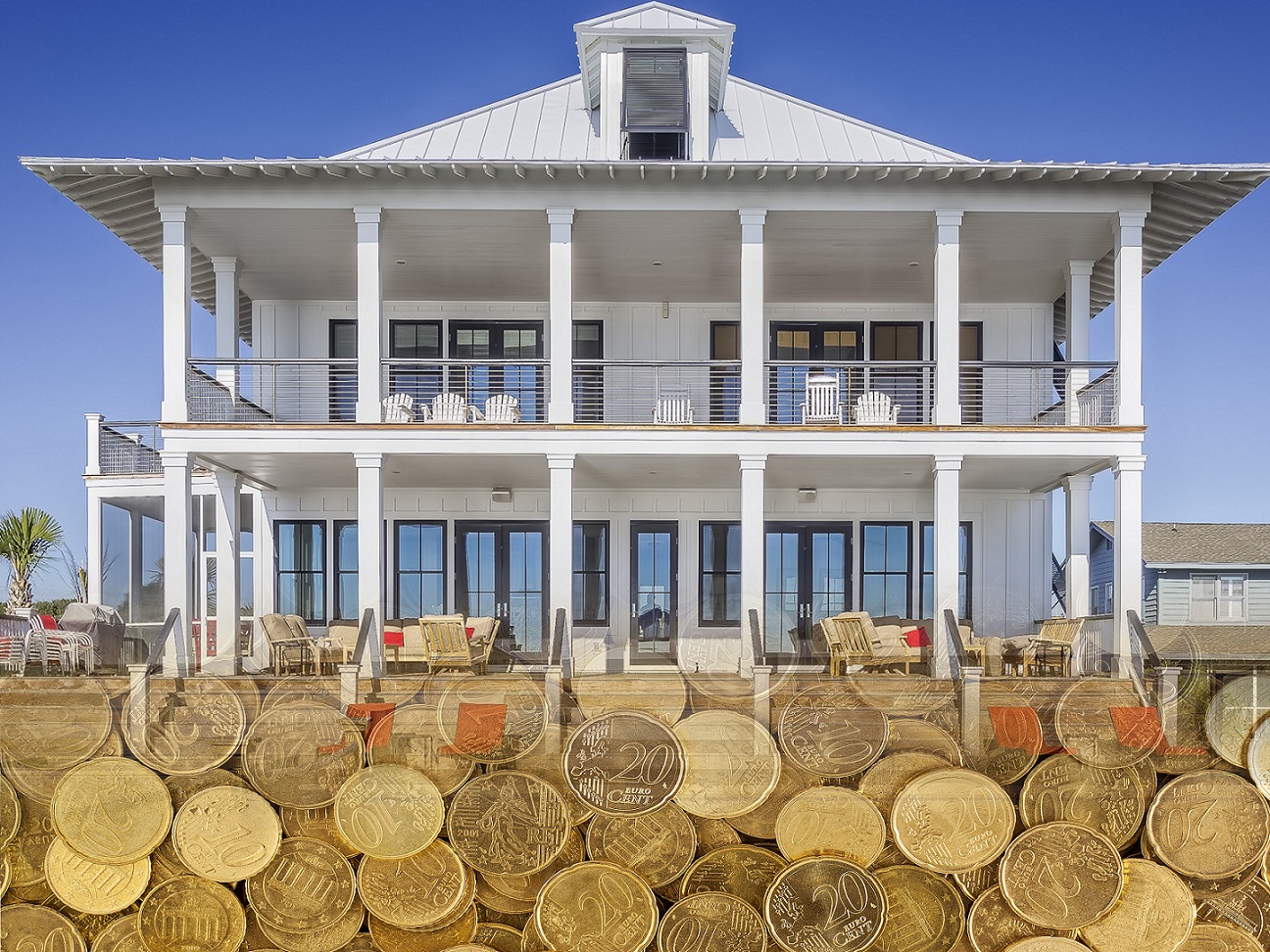 To understand this growing problem, George Mason University (GMU) hosted a conference in March 2018 titled Money Laundering in Real Estate, attended by anti-money laundering experts, law enforcement experts, anti-corruption advocacy groups, academicians, and real estate industry groups. Dr. Louise Shelly, organizer of the conference and a terrorism and transnational crime expert, noted that money laundering using real estate is becoming a “key vehicle…to move corrupt money…from crime and terrorist groups.” She said that buying real estate “shows others that crime does pay,” while at the same time, “it…displaces many people from their homes in central and desirable [urban] locales…[,] has many pernicious effects and is not merely a source of development capital as many would like to suggest[,] who receive and benefit from this money.”

Real estate is a prestige investment that can be carried out in a single transaction and is easily converted into cash later. Real estate can also appreciate and generate rental income. The real estate sector has less regulatory oversight than other economic sectors and property enables its owners to carry out other kinds of money laundering schemes, involving cash purchases, complex loans, monetary instruments, mortgages, investment institutions, fraudulent appraisals, and anonymous corporate entities. Anonymous corporate entities were identified as the single most important factors facilitating MLRE. For example, New York Times investigation found that between 2008 and 2014, about 30 percent of condos in Manhattan developments were sold either to foreign investors or to anonymous corporate entities. Non-financial professionals, including lawyers, real estate agents, sales representatives, and brokers are often (knowingly or not) key facilitators of money laundering schemes.

The social and economic costs of money laundering are significant everywhere, but they are especially harmful in the developing world, where corrupt politicians can more easily steal and export funds that could have been used for their countries’ economic development, education, health, and social welfare. The social impacts on many countries’ housing markets are also significant because these activities drive up the prices of real estate and reduce housing affordability. London, Miami, various cities in California, and in Vancouver have all witnessed significant real estate inflows from dirty money. According to a 2016 story in the Miami Herald, the impact of offshore money on the local housing is sending home prices soaring beyond the reach of many working and middle class families. Many of the purchased properties remain vacant after purchase, creating ghost neighborhoods.

While a host of impacts has been identified with money laundering in real estate, insufficient attention has been given to various countries’ national security implications.

Money laundering undermines security in the developed and developing worlds. According to Jodi Vittori, an expert on the linkages between corruption and international security, “MLRE worsens political instability in conflict and post-conflict countries that are particularly vulnerable to corruption, violence, organized crime and terrorism.” Vittori described how, for example, members of the Taliban members invested in a luxurious, gated, residential community called “Aino Mina,” outside of Kandahar, Afghanistan, after being blacklisted by the United Nations. There have been numerous reports showing how the Haqqani network and the Taliban used illicit real estate transactions to move money around the world, particularly through Dubai. The Kabul Bank scandal involving the theft of over $910 million demonstrates how MLRE directly impacts the security of American troops: Afghanistan’s Kabul Bank served as a payment center for all public employees, teachers and the entire military. The bank’s failure put U.S. forces in the country in a difficult position, as 200,000 Afghan troops went unpaid for a time because of bank’s collapse.

Money laundering is often associated with authoritarian countries, such as Libya under the Gaddafi regime, as well as Tunisia under Ben Ali, and Ukraine under Yanukovych.  People in these and other countries can see in their everyday lives that their own governments don’t act in their national interests; and opposition groups can mobilize people against the present regime.

The Financial Action Task Force (FATF) is an international organization that sets best practices for countries to follow in combating money laundering and terrorist financing. FATF also conducts mutual evaluations of a countries’ anti- money laundering regimes. In its 2016 mutual evaluation report of the United States, FATF found that in the U.S., real estate agents are not subject to appropriate due diligence and record-keeping rules for clients, creating a gaping hole in enforcement efforts. Customer due diligence is necessary to determine the money laundering risk of the client, and record-keeping is important for investigations.

in the U.S., real estate agents are not subject to appropriate due diligence and record-keeping rules for clients, creating a gaping hole in enforcement efforts

The United States and many other countries have established a financial intelligence unit for collecting, analyzing, and disseminating information regarding potential money laundering for terrorist financing. The U.S. unit, the Financial Crimes Enforcement Network (FinCEN), is within the U.S. Department of Treasury. It collects Suspicious Activity Reports, supplied by financial institutions and other entities required by law and regulation to file them; however, real estate agents are exempt. FinCEN has, however, issued guidance to realtors that provides advice for voluntary filing of these reports.

In January 2016, FinCEN issued real estate Geographic Targeting Orders for several areas of the United States. These orders temporarily require certain U.S. Title insurance companies to identify cash transactions and the persons behind shell companies used to purchase high-end residential real estate. These orders have been expanded to include more areas to help the agency “better understand the vulnerabilities presented by the use of shell companies to engage in all-cash residential real estate transactions.”

The U.S. National Association of Realtors (NAR) has undertaken a number of actions to make their membership aware of the problem of MLRE by addressing the issue at conferences and by developing an industry guide.  NAR works closely with federal regulators, including the Department of the Treasury and the FinCEN, to educate its members about their responsibilities in combating money laundering. NAR provides continuing education to members and guidance on red flags to increase real estate professionals’ awareness, knowledge, and understanding of the potential money laundering risks surrounding real estate.

Because criminals are constantly looking for new schemes to launder money, all stakeholders should invest resources to identify new criminal trends early. It is possible to focus on the unique needs of the real estate industry by using systems that include artificial intelligence or software that is capable of risk-rating transactions, to automatically refer possible MLRE cases to law enforcement.

International efforts should be directed toward sanctioning kleptocrats who move criminal proceeds around the world. Asset seizures play an important role in AML since they hurt criminals economically and disrupt their operations. They are also important to ensure that recovered assets benefit the victims of these crimes. The international community should focus more on countries lacking asset forfeiture laws and provide more resources for technical assistance in designing and implementing such laws.

From Ideas to Implementation

It is important to develop new strategies and to build consensus. The lack of beneficial ownership transparency is the most important single factor facilitating MLRE. Consequently, enacting federal legislation for transparency is essential. Requiring real estate professionals to file SARs is a consideration but first it is believed that it is important to analyze the information needs for law enforcement to fight MLRE, and to consider whether automated systems or other actors could better provide some or all information.

The U.S. should also learn from Canada’s effective regulations, which require the real estate community, including real estate developers, brokers, and sales representatives, to file financial transaction reports on possible money laundering and to maintain compliance programs. Impacts on housing affordability also should be researched. Although it is commonly believed that the problem exists mainly in high-price residential markets, MLRE also does considerable damage in some low-income communities. In addition, money laundering in the commercial real estate sector needs more research, because many of the MLRE aspects of commercial real estate are different than the residential sector.  More comprehensive training should include identification of mitigation measures, presentation of schemes and red flags. This information can help real estate professionals identify suspicious transactions. Training could include webinar-style training programs with a range of speakers, including AML specialists, real estate investors, and law enforcement personnel.  For high-risk areas, tailored training conferences would be appropriate.

MLRE is a problem in both developed and undeveloped countries, wreaking social consequences and economic impacts; however, its national security ramifications may be even more significant. The United States has not yet instituted strong enough measures to both detect and prevent MLRE. The George Mason University Money-Laundering in Real Estate conference participants made a host of useful recommendations: now it is time for both the government and the private sector to act on them.

James Wright is a consultant in the areas of banking regulations, bank training and anti-money laundering training. The views expressed in this article are those of the author and do not necessarily represent those of the U.S. Army War College, U.S. Army, or Department of Defense.