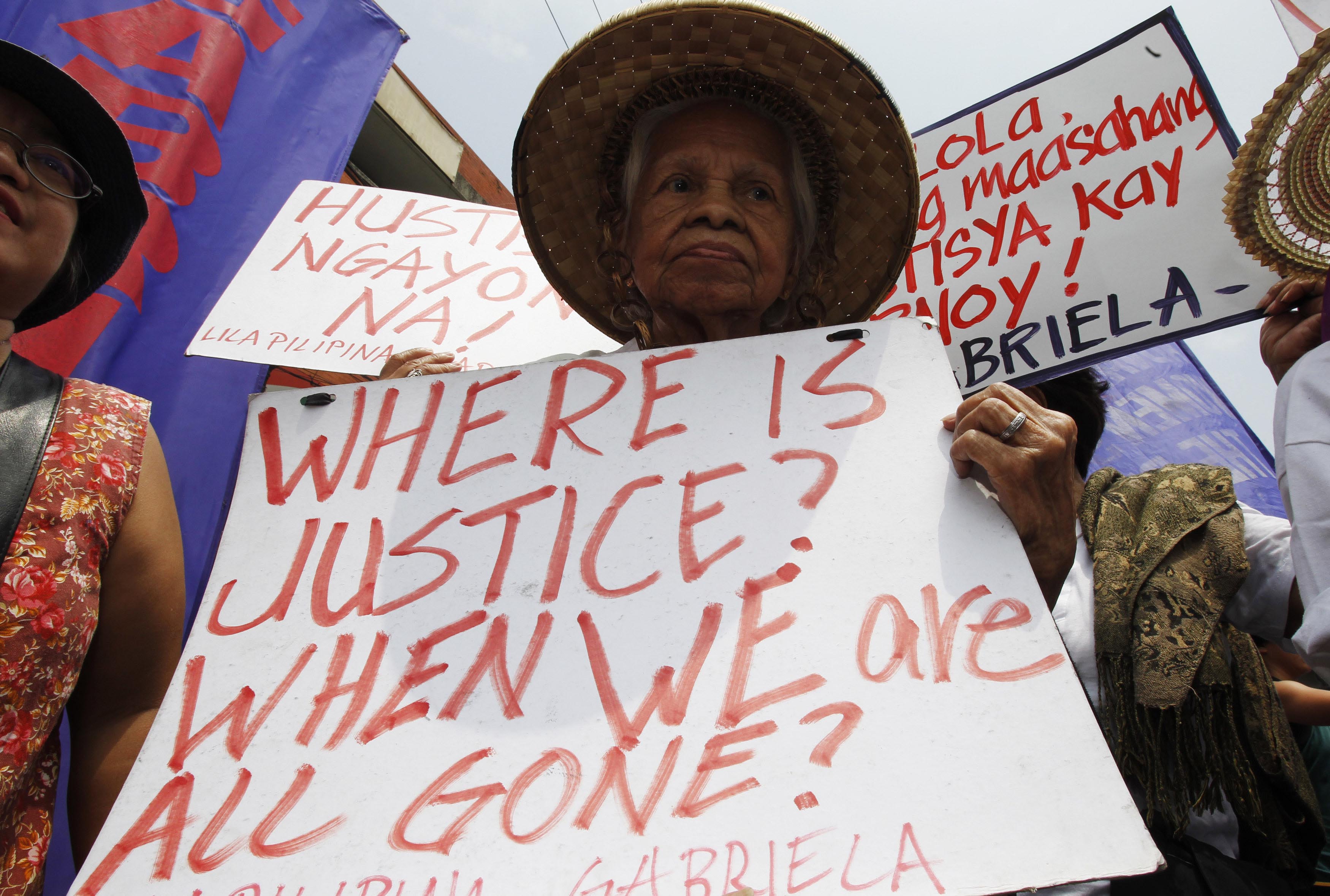 Any efforts to reduce sexual violence in conflict are unlikely to succeed without addressing its socio-cultural roots.

Alarming levels of sexual violence perpetrated by armed actors have earned the Democratic Republic of the Congo the infamous label “rape capital of the world.” Individual or mass rape, sexual slavery, sexual torture and other violations of people’s sexual autonomy generate fear, displace populations and have horrendous consequences for those targeted. In Panzi Hospital in the eastern part of the country, 2018 Nobel Peace Prize laureate Dr. Denis Mukwege has treated more than 50,000 victims of conflict-related sexual violence, performing reconstructive surgery on patients ranging from only a few months old to well over 80 years of age. The international response to sexual violence in the DRC (and beyond) has been tremendous, and includes specialized initiatives by aid organizations and provisions in UN peace operations. Yet, conflict-related sexual violence shows no sign of abating.

Preventing sexual violence in war is notoriously difficult, as the causes are both complex and complicated. The internal organization of armed groups, including chains of command and strength of leadership, individually or collectively held norms, and social dynamics within military units all play a role in perpetrating sexual violence. However, any efforts to reduce sexual violence in conflict are unlikely to succeed without addressing its socio-cultural roots. For example, research I carried out in Colombia indicates that patriarchal culture and conflict-related sexual violence are mutually reinforcing. Focusing on this violence only as a consequence of, and internal to, the logics of war is a bad strategy, and deeply hinders success.

That is deeply problematic, as sexual violence in armed conflict is a significant global problem. In some wars, as in Bosnia and Rwanda in the 1990s, armed groups systematically commit sexual violence against women: rape forms part of a strategy of war, designed to attack and hurt the enemy. Data shows that state armies, paramilitary and rebel groups in many different conflicts have perpetrated sexual violence strategically – to humiliate, intimidate, control, or destroy communities and to punish women for engaging in social activism or for transgressing traditional gender roles. Yet, not all sexual violence perpetrated by armed actors is strategic: it may also be opportunistic or take the form of a pervasive practice – not ordered or encouraged by leaders of armed groups, but tolerated and self-perpetuating.

International and regional organizations, states, aid agencies, international non-governmental organizations (NGOs), and humanitarian organizations are mobilizing against sexual violence as a weapon of war. Some of the more prominent examples are UN Action and the United Kingdom’s Preventing Sexual Violence Initiative. United Nations peace operations are increasingly equipped with gender-sensitive mandates (of varying complexity), which include provisions for preventing sexual violence and protecting civilians from it.

Across all the interviews, respondents considered patriarchal relations in society – i.e. unequal power relations between men and women – to be a core cause of sexual violence, both in the armed conflict and in the private sphere. The women described sexual violence, and violence against women generally, as normalized in society. According to the UN Development Programme and UN Women, Latin America and the Caribbean have the highest levels of violence against women globally, ranking second for intimate partner violence and first in terms of non-partner violence against women. Survey research in the region shows that a majority of men, as well as many women, perpetuate a culture in which women are blamed for sexual violence committed against them and in which men feel entitled to women’s bodies.

A recurring theme in my interviews is the notion that – in peace and in war – dominating, using, and violating women’s bodies is a way to assert masculine power while abrogating women’s autonomy. Sexual violence is understood as a violence that targets women as women, demonstrating the perpetrators’ superior power positions and asserting gendered hierarchies. Armed conflict exacerbates the sexual violence that already exists in societies, backed up with the power of arms.

Patriarchal relations in society are considered to be at the heart of the perpetration of sexual violence, both in the armed conflict and in the private sphere

To this, the logics of war may add a strategic layer: in many cases, armed actors turn sexual violence against women into an instrument of war in the pursuit of specific aims. Strategic or instrumental sexual violence, my interviews suggest, is so powerful precisely because this violence is based on patriarchal notions and traditional gender roles; i.e., on views of women as not fully autonomous but belonging to men. The notion that an attack on a woman’s body really is an attack on the man associated with her is at the heart of many strategies to terrorize, control, displace, or destroy communities through sexual violence.

This has significant implications also for the state response to this violence. In a patriarchal culture in which sexual violence is simultaneously normalized for men and stigmatized for women, perpetrators face impunity while the victims are blamed or not believed. This (self-)imposed silence – whether from shame or fear – also undermines the pursuit of justice. Although I spoke with several committed representatives of government entities working to mitigate the physical and mental harm done to the victims, persisting gender inequalities and the sheer numbers – approximately 27,000 victims who have reported conflict-related sexual violence  are currently recorded in Colombia’s national registry of victims – ultimately slow interventions down.

A gender perspective must be integrated into all dimensions of peace operations, including training military and civilian peacekeeping staff in gender awareness and increasing the share of female peacekeepers. Previous research has shown that women peacekeepers tend to be under-deployed, in particular to conflicts where sexual violence is high and gender inequality is rampant. Yet, the burden of fighting sexual violence in conflict should not be placed on female peacekeepers alone. The importance of male peacekeepers and military personnel demonstrating a commitment to a zero tolerance policy, both with respect to armed actors in the conflict and within the peace operation itself, cannot be overstated, especially in very patriarchal conflict settings.

Adopting a gender perspective also involves moving beyond a sole concern with protecting women from (sexual) violence. It is equally important to acknowledge the importance of women’s active participation – in peace or military operations as well as in the conflict-affected societies – in identifying challenges, needs and possible solutions to problems such as prevalent conflict-related sexual violence. Women and men have different experiences and situations in armed conflict, and it is only by actively seeking the input of those who tend to be marginalized in male-dominated warring that more gender-sensitive responses can be designed.

In the process, we must not attribute the causes of sexual violence to inherent characteristics in women and men in conflict settings, or to the societies in which armed conflict with prevalent sexual violence occurs. As the Me Too campaign recently reminded us, gender inequality and violence against, or harassment of, women exists in all societies in the world. There is no one-size-fits-all remedy for gender inequality and sexual violence. Peacekeepers would be well-advised to work closely with women’s civil society organizations to assess each situation, identify needs, and design possible responses.

Most of the women’s organizations represented in my research possess unique knowledge because they document cases of conflict-related sexual violence and provide psycho-social or legal support to victims, to whom other actors are less likely to have access. By fighting to strengthen women’s rights and political influence, and by challenging traditional gender roles and transforming conceptions of femininity and masculinity, women’s organizations are important sources of expertise and contextual understanding in efforts to prevent conflict-related sexual violence. Close collaboration with women’s organizations is therefore beneficial for peacekeeping forces in devising strategies for how to create a sustainably improved (security) environment for women. Greater gender equality in society also benefits post-conflict transitions as it has been shown to decrease the risk of intrastate armed conflict.

Whether it is knowledgeable women’s groups or other experienced organizations or actors that help us grasp the societal causes of conflict-related sexual violence, this understanding is vital to formulating effective strategies against these crimes. International security actors like NATO, the UN Security Council and the Department of Peacekeeping Operations, as well as state militaries participating in peace operations, need to more actively recruit women civilian and military personnel and mainstream gender across their operational mandates. More transparent recruitment that draws less on existing informal networks and invests in outreach to civil society organizations or other relevant networks that have connections to qualified women are promising strategies to enhance the representation of women. Overcoming gender inequalities within organizations like NATO and the UN is an important prerequisite for tackling the same challenge in conflict-affected societies.

Anne-Kathrin Kreft (Twitter: @Anne_Kreft; Website: http://www.anne-kathrinkreft.com) is a PhD candidate in political science at the University of Gothenburg, Sweden. She thanks Stephen Dawson and the WAR ROOM editors for their useful comments and suggestions on previous drafts of this article. The views expressed in this article are those of the author and do not necessarily reflect those of the U.S. Army War College, U.S. Army, or Department of Defense.

Photo: Hilaria Bustamante, 85, one of the surviving Filipino comfort women of World War II, holds a placard during a 2011 protest outside the presidential palace in Manila. Close to a dozen former comfort women staged a protest on Thursday demanding justice from the Japanese government in the form of “unequivocal apology”, “historical inclusion of the comfort women system used during the war” and “compensation for the sexual violence experienced”, according to a representative from the group.