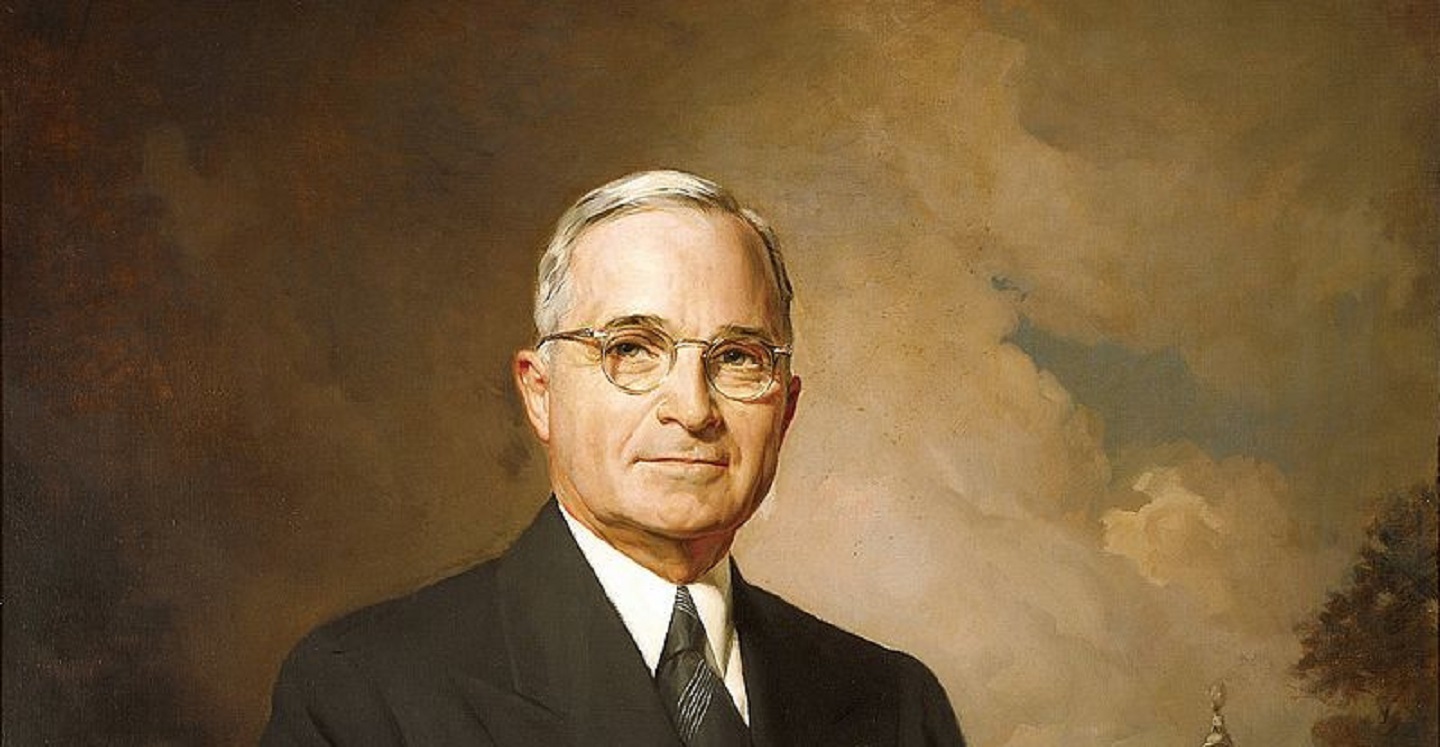 In unity we found our first weapon, for without it, both here and abroad, we were doomed.

On November 12, 1945, President Harry S. Truman issued the following proclamation to celebrate America’s first Thanksgiving since victory in World War II. We offer this as our Thanksgiving message to you, our readers and listeners, for a happy and safe holiday season.

By the President of the United States of America
A Proclamation

In this year of our victory, absolute and final, over German fascism and Japanese militarism; in this time of peace so long awaited, which we are determined wit all the United Nations to make permanent; on this day of our abundance, strength, and achievement; let us give thanks to Almighty Providence for these exceeding blessings.

We give thanks with the humility of free men, each knowing it was the might of no one arm but of all together by which we were saved. Liberty knows no race, creed, or class in our country or in the world. In unity we found our first weapon, for without it, both here and abroad, we were doomed. None have known this better than our very gallant dead, none better than their comrade, Franklin Delano Roosevelt. Our thanksgiving has the humility of our deep mourning for them, our vast gratitude to them.

Triumph over the enemy has not dispelled every difficulty. Many vital and far-reaching decisions await us as we strive for a just and enduring peace. We will not fail if we preserve, in our own land and throughout the world, that same devotion to the essential freedoms and rights of mankind which sustained us throughout the war and brought us final victory.

Now, Therefore, I, Harry S. Truman, President of the United States of America, in consonance with the joint resolution of Congress approved December 26, 1941, do hereby proclaim Thursday November 22, 1945, as a day of national thanksgiving. May we on that day, in our homes and in our places of worship, individually and as groups, express our humble thanks to Almighty God for the abundance of our blessings and may we on that occasion rededicate ourselves to those high principles of citizenship for which so many splendid Americans have recently given all.

In Witness Whereof, I have hereunto set my hand and caused the seal of the United States of America to be affixed.

Done at the city of Washington this 12th day of November, in the year of our Lord one thousand nine hundred forty-five and of the Independence of the United States of America the one hundred and seventieth.