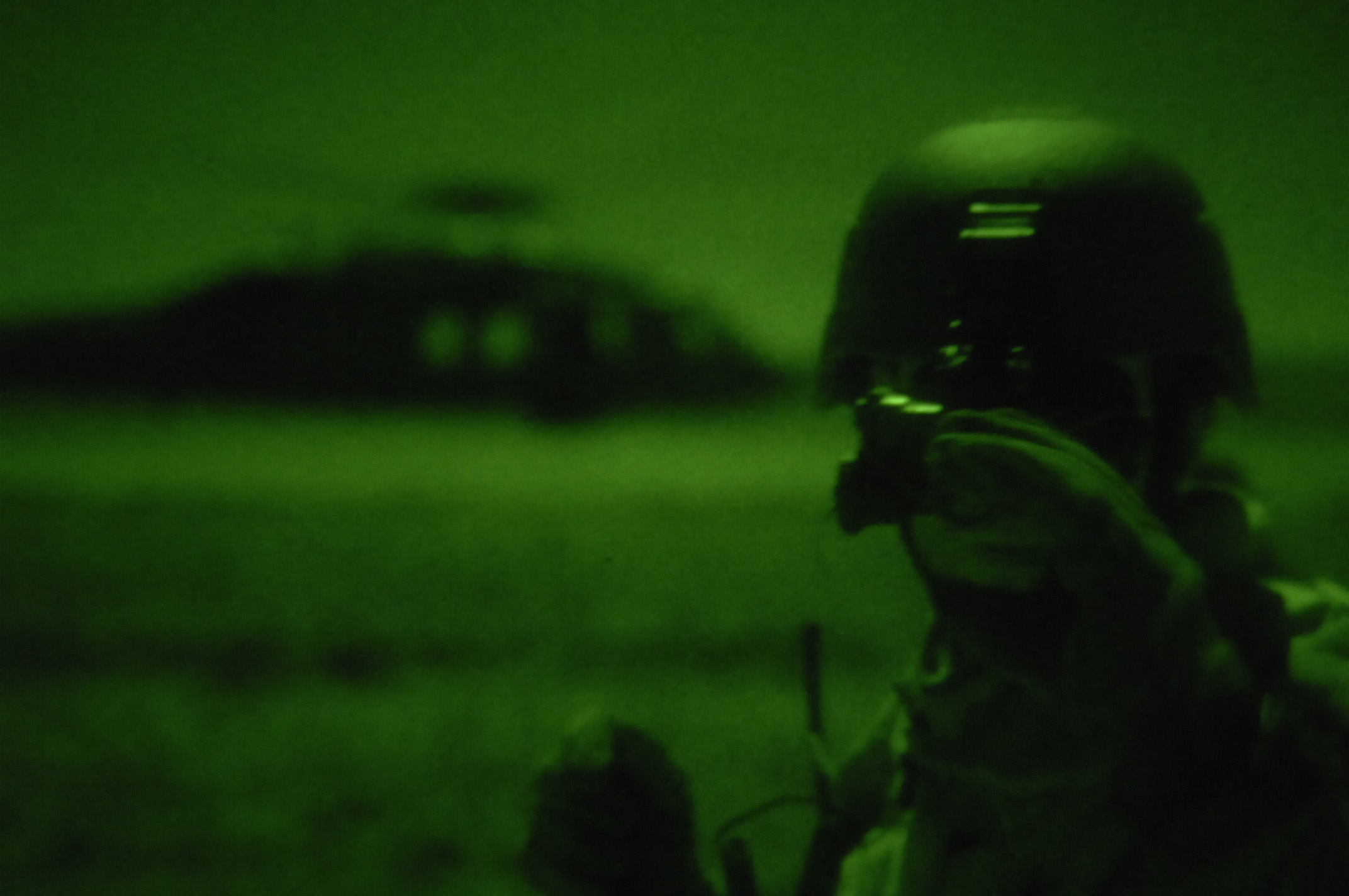 The National Defense Strategy is explicit in its recognition that U.S. strategic advantage is eroding.

Competition does not always mean hostility…an America that successfully competes is the best way to prevent conflict.        – 2017 National Security Strategy

Washington, We Have a Problem

In drug addiction, the first step to recovery is admitting the problem. The United States defense and national security communities struggle to acknowledge their addiction to a discredited model of great power competition. Unchallenged American military dominance is an artifact of the immediate post-Cold War period. Restoring permanent U.S. military advantage on land and in the air, sea, space, and cyberspace is not likely. Instead, U.S. decision-makers and strategists need to think and fight creatively to seize and re-seize transient advantages. That is the nature of hypercompetition.

In the face of capable rivals, the United States has entered a period of fierce “hypercompetition,” intense rivalry where advantage is transient, persistently contested, and, therefore, the object of relentless pursuit and exploitation.  The 2018 National Defense Strategy (NDS) agrees. It identifies three key lines of effort: (1) build a more lethal joint force, (2) strengthen alliances, and (3) reform business practices. These focus on expanding the competitive space and generating new, more creative options to effectively secure and advance core interests in a volatile strategic environment.

The NDS is explicit in its recognition that U.S. strategic advantage is eroding. It argues that effective integration of the NDS’s three lines of effort – underwritten by economic power, innovation, political attraction and engagement, and latent moral authority – will help get the United States on a more competitive path. This approach is most urgent in those regions where core interests and peak vulnerability collide.

No region is more defined by these terms than the Indo-Pacific. Over the past seventeen years, while the United States sought post-9/11 closure in seemingly interminable Middle Eastern wars, an emergent great power rival – the People’s Republic of China (PRC) – and an old regional threat – the Democratic People’s Republic of Korea (DPRK) – have increasingly contested America’s position in Northeast Asia and across the Indo-Pacific. These competitors are developing and employing new capabilities, methods, and technologies to counter U.S. and partner competitive advantages, challenge American multi-domain primacy, and transfer substantial risk onto U.S. and allied decision-makers. And, they are doing so in a style and at a tempo that has so far proven problematic for both U.S. and allied strategists.

To grasp increasing vulnerability of the current U.S. position in the Indo-Pacific and beyond, U.S. defense and military leadership would benefit from a new framework for analysis that accounts for dynamic – sometimes quite disruptive – competitive conditions. Recent Army War College work is important in this regard.

To capture the character of contemporary competition and advantage in the Indo-Pacific, United States Army War College (USAWC) researchers initiated a year-long study in July of 2017. The study effort will culminate this summer in the report Game On or Game Over: Hypercompetition and Advantage in the PACOM [Pacific Command] Area of Responsibility. A prior USAWC study’s concept of “post-primacy” presaged this work by suggesting that U.S. global position was increasingly vulnerable. Post-primacy implied that the United States would pursue its interests in the face of increasingly chronic, counter-U.S. resistance and that such resistance would defy long-standing U.S. biases about conflict and war. Over time, post-primacy evolved into a more apt characterization of the United States’ strategic context as one of “hypercompetition.”

The concept of hypercompetition comes from the business world. Dartmouth University’s Richard D’Aveni first defined hypercompetition as a business environment where no advantage is permanent. Surviving and profiting within it requires serial, strategic moves focused on creating, shifting, and recreating advantages at the expense of rivals. Translated to contemporary military rivalry, the Army War College study team found hypercompetition to be a persistent struggle for important but transient advantage across highly-contested competitive spaces (i.e., warfighting domains, the electro-magnetic spectrum, and the heavily-disputed strategic influence space).

This description emerged from three years of War College work touching on gray zone challenges, enterprise-level risks, and the erosion of America’s position in cross-domain military rivalry. It is an acknowledgement that American military strategists and planners will need to work harder and smarter in an environment that is much more competitive than we have faced since the end of the Cold War. “Hypercompetition” by itself is insufficient for understanding contemporary military rivalry. Developing the concept for national security application has required a detailed understanding of what competition means in military terms.

Framework for Analysis: Three Lines of Effort and Nine Fundamentals

What are the strategic fundamentals for creating and exploiting transient advantages across and within highly-contested competitive spaces? In a business context, D’Aveni identified seven strategies or fundamentals for hypercompetition: superior stakeholder satisfaction, strategic soothsaying, speed, surprise, shifting the rules of competition, signaling strategic intent, and simultaneous and sequential strategic thrusts. Naturally, D’Aveni’s 20th century business concept was an imperfect match for 21st century military rivalry. We used (in a substantially modified form) four of D’Aveni’s seven strategies – Speed, Surprise, Shifting Rules, and Strategic Signaling, and adapted them into nine hypercompetitive fundamentals: Strength of Interest, Legitimacy, Innovation, Strategic Capacity, Speed, Surprise, Shifting Rules of Competition, Strategic Signaling, and Strategic Maneuver. We then organized these fundamentals around three “lines of effort” that were themselves adaptations of D’Aveni’s three “methods of disruption.” In the end, D’Aveni’s disruptive “vision, capabilities, and tactics” became the lines of effort Purpose, Vision, and Partnerships; Capability and Capacity; and Strategic Methods in the War College effort.

In the context of current U.S. strategy in the Indo-Pacific, the lines of effort and fundamentals provide a framework or lens enabling far better understanding of hypercompetitive dynamics, and an organizing construct for net assessments of the U.S.-PRC and U.S.-DPRK security dynamics. However, if one accepts hypercompetition as a more universal reality for the United States, the lines of effort and fundamentals have much broader application in the defense and national security sphere.

In drug addiction, the first step to recovery is admitting the problem. [The U.S. struggles] to acknowledge [ITS] addiction to a discredited model of great power competition.

The line of effort Purpose, Vision, and Partnerships provides the foundation upon which effective, agile, and resilient hypercompetition rests. It includes maintenance of a strong but adaptable focus on one’s desired position vis-à-vis that of rivals and a sufficient resolve to pursue and maintain that position. It further accounts for rivals’ abilities to persistently attract and maintain the mutual support of likeminded and committed foreign partners. The strategic fundamentals included under the rubric of Purpose, Vision, and Partnerships include: Strength of Interest, Legitimacy, and Innovation.

Strength of Interest, involves judgments on rivals’ predisposition for risk-taking. It also measures the clarity and durability of each actor’s core interests and enduring defense objectives, as well as their demonstrated willingness to secure the former in the face of constant purposeful resistance by determined competitors.

Legitimacy is an objective assessment of the relative strength and durability of rival competitors’ external influence and cooperative relationships. Legitimacy asks and answers the critical question: whose worldview is winning?  It does so through an assessment of the various competitors’ ascendency or leadership in the political, military, economic, and moral realms.

Innovation objectively measures each competitor’s predisposition to combine foresight and risk-taking in pursuit of game-changing innovation and opportunity. Judgments related to innovation come through answers to another important question: who is more ‘forward leaning’ with ‘sensors’ and ‘concepts’ that are ready-made to mitigate vulnerabilities, seize opportunities, and unhinge rival designs?

Line of Effort 2 — Capability and Capacity

The Capability and Capacity line of effort captures the quality of various abilities to persistently generate material and conceptual options that dislocate, outpace, and outmaneuver rivals’ intentions and actions. It includes three strategic fundamentals: Strategic Capacity, Speed, and Surprise.

Strategic Capacity, involves explicit considerations of the breadth and depth of rival institutions to engage in hypercompetition. It measures a rival’s capability, range, and reserves to quickly mobilize resources and harness and blend public and private solutions to seize opportunities, meet surge demands, and generate new disruptive strategic advantages.

Speed involves an assessment of rival competitive actors’ capabilities for well-informed posturing, maneuvering, reorganizing, and re-tasking to rapidly reframe strategic conditions in their favor. It is also at its core the ability to artfully act as a “fast follower” when appropriate and necessary in highly-contested security spaces. Speed involves generating, blending, and employing evolutionary and revolutionary capabilities to rapidly seize exploitable opportunities and unhinge rival strategic designs.

Surprise is typified by the ability to be a disruptive “first mover” in the same highly-contested security spaces. It involves a commitment to transformational capability that will generate new conceptual, cognitive, technological, and positional advantages to disrupt rivals before they are able to act. Surprise creates rival dislocation.

The third and final line of effort, Strategic Methods, involves the serial translation of the preceding Capability and Capacity into meaningful action to gain or regain initiative and persistently put adversaries into an unfavorable position. Strategic Methods includes the strategic fundamentals of Shifting Rules of Competition, Strategic Signaling, and Strategic Maneuver.

Shifting Rules focuses on who can expand the competitive space and ‘weaponize’ the greatest number of alternative competitive instruments. It also considers rivals’ abilities to seize opportunities and rapidly shift efforts between contested spaces. An assessment of ‘shifting rules’ involves an aggregate judgment about which rival ‘fights’ faster, smarter, and more creatively.

Finally, Strategic Maneuver asks and answers the key question: who best combines the competitive qualities of ambition and patience into effective strategic action? The most effective strategic maneuver by states liberally but deliberately combines the qualities of disruptive, sequential, asynchronous, and simultaneous action across as many contested spaces as possible.  This multiplies their rivals’ at-risk interests, compresses their decision-making, and disrupts their intentions.

Washington, We Have an Answer

Hypercompetition transcends both the Department of Defense and the U.S. military. Nonetheless, in the most highly-contested physical regions and functional spaces, the 2018 NDS and the broad national security communities of interest and practice recognize once unassailable U.S. military advantage as substantially in dispute. As today’s defense decision-makers and strategists consider meaningful adaptation to a new more intense period of effective counter-U.S. resistance, they need a new frame of reference.  That suggested in this article is an important alternative outlook.  There is an immediate adapt or fail imperative in this regard.  As it relates to the PACOM AoR specifically, that imperative points to a clear choice – game on or game over.

Mr. Nathan Freier is a Professor at the the U.S. Army War College’s Strategic Studies Institute. James Hayes, Michael Hatfield, and Lisa Lamb are lieutenant colonels in the U.S. Army and students in the resident Army War College class of 2018. The views expressed in this article are those of the authors and do not necessarily reflect the official policy or position of the U.S. Army, Department of Defense, or the U.S. government.