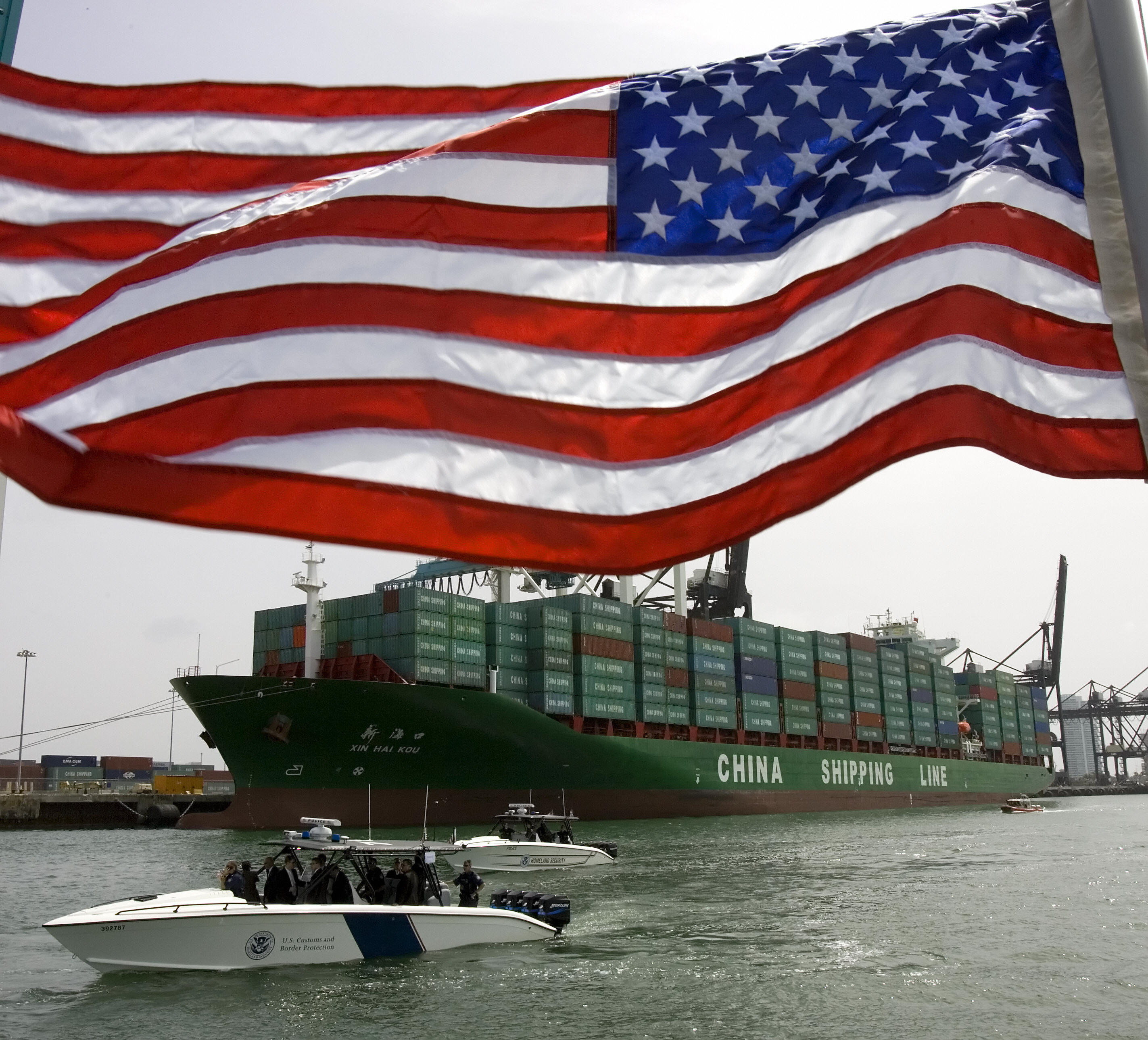 Since 9/11, American presidents from Bush I to Obama embraced (to varying degrees) the idea that America’s central place in the international economic system was a key to U.S. security. After all, over 70 years ago the United States was the prime mover in establishing the international institutions (e.g. Bretton Woods) and norms that underpin the global political economy. This meant a commitment to open markets for currencies, financial instruments, goods, and services. But the current administration appears to be turning its back on the global liberal economic order.  The President has linked national security to the economic objectives of reducing the U.S. trade deficit and increasing the number of jobs (e.g. manufacturing) lost due to unfair trade practices. This was a major campaign promise of the administration. In many ways, the tenor of President Trump’s trade policy harkens back to mercantilism. While mercantilism has reasonable short-term economic benefits, it carries significant long term economic and security costs.

Mercantilism is a policy designed to increase national power by running a persistent trade surplus. Mercantilism was common during the age of imperialism. Armies and navies required money to finance their construction and maintenance. The way to accumulate the gold and silver required to build those military forces was through trade. Mercantilist countries focused on exporting finished goods (and imposing high trade barriers on their import) while importing the raw materials necessary for production (often from their colonial possessions). Colonial powers also used military power to open markets to the detriment of the colonies and their adversaries. This was a zero sum system. If one major power benefited, it was at the expense of another. Adam Smith wrote The Wealth of Nations to refute the mercantilist approach to trade. Since a trade imbalance might tip the balance of military power and threaten a rival state’s survival, mercantilist policies frequently led to war.

A neo-mercantilist approach to trade in the United States didn’t begin with the Trump administration. Rather, Alexander Hamilton, the first Secretary of the Treasury, favored protectionist trade policies to promote domestic manufacturing and counter British economic, political, and military power. In the 1980s, the United States claimed that Japan’s mercantilist trade policies were hurting the U.S. economy. Today, it is China pursuing those policies. The strand of mercantilism found in the “America First” policy seeks to protect U.S. manufacturing and counter Chinese mercantilist policies. In the section titled, “Trade Deals That Work for All Americans,” the stated objective of this trade policy is to grow the economy, create jobs, and (crucially) revitalize communities hurt by free trade. As with mercantilism, the “America First” approach is a zero sum perspective on reducing the trade deficit, which is sometimes called economic nationalism. The economic nationalist argument claims that if the United States has a trade deficit, it is losing and thus threatening its security

In a recent speech to the Center for Strategic and International Studies (CSIS), Robert Lighthizer, the current United States Trade Representative, presented the current trade policy in more pragmatic terms, akin to President Reagan’s approach to Japan’s trade practices in the 1980s. The culprits, identified by the current administration, are those states that have created market distortions to promote their own economic and security interests. Lighthizer points out the lack of reciprocity in trade between the U.S. and allies and competitors alike. For example, he notes that the United States maintains a 2.5 percent tariff on automobiles, while other developed nations, and the European Union, have tariffs around 10% percent.  However, Mr. Lighthizer sees the greatest challenge posed by China, which he characterizes as using mercantilist policies to gain unfair trade advantages. With power concentrated in the Communist Party, China has used its unquestioned domestic, political power to champion key state owned enterprises, manipulate currency, flood the financial system with questionable loans, and provide subsidies for key economic sectors. China has also demanded technology transfers from foreign multinational corporations in exchange for market access, in addition to stealing trade secrets.  Some would argue that China’s trade surplus has enabled it to challenge the United States and its allies, economically and militarily, in the Asian Pacific region. The neo-mercantilist approach could remedy some of these issues by countering these unfair trade practices. Yet this broad, protectionist approach to trade policy represents a significant shift in U.S. trade policy.

After World War II the United States abandoned the protectionism and isolation of the 1930s. Its leaders realized that supporting international institutions and promoting interdependence would increase the prosperity and stability of the entire world. The key mechanism for building that interdependence was trade. Unlike mercantilism, which inevitably led to conflict, the prevailing view held that a liberal international system, led by the United States, would lead to greater cooperation and prosperity. One would be hard-pressed to argue that the system has not delivered on this promise.

Military professionals have voiced concern about how budget cuts to the Department of State will weaken America by reducing its diplomatic effectiveness. An inward turn from the global economic order that the United States created may have even worse consequences.

President Obama’s 2015 National Security Strategy viewed trade as a mechanism to strengthen and shape the global order, deepening economic and security cooperation between U.S. allies and partners. The Trans Pacific Partnership (TPP) was a priority for the Obama administration and represented a key element in its rebalance to Asia. Former Secretary of Defense Ash Carter thought the TPP as important as an aircraft carrier. The TPP was seen as a symbol of U.S. leadership in counterpoise to China. The Transatlantic Trade and Investment Partnership (T-TIP), another priority of the Obama administration, was designed to harmonize regulations and promote even greater trade and investment between the United States and its largest (collective) trading partner, the European Union (EU), most of whose members are also in the North Atlantic Treaty Organization (NATO), and the U.S.’s closest security partners.

For almost three decades, these recent administrations focused on the positive sum benefits of trade, such as lower prices, greater interdependence with trading partners, and U.S. leadership of the global economic system. This free trade policy continuity was based on the assumption that free trade benefited both the global and domestic economy. These benefits included lower prices and greater efficiency, with each country focusing on its comparative advantage. In a September 2016 report on preferential trade agreements, the Congressional Budget Office stated “the diffuse and long-term benefits of international trade have outweighed the concentrated short-term costs.”  Yet, with those diffuse benefits came concentrated costs. Some sectors of the economy, such as manufacturing, were harder hit than others. (However, most manufacturing jobs were lost due to technological advances, rather than free trade.)

Under the “America First” approach, the United States withdrew from the TPP shortly after President Trump took office. The administration’s goals of reducing trade deficits and protecting domestic jobs outweighed the perceived security benefits of the TPP in balancing Chinese economic power in the Pacific. Shortly after the Trump administration killed the TPP, Japan and the EU announced a new trade deal.

The top trade priority of the United States today is renegotiating the North American Free Trade Agreement (NAFTA). While the U.S. relies on its relationships with Canada and Mexico in areas such as counter-terrorism, border security, and counter-narcotics efforts, it also has a trade deficit with Canada and Mexico (its two largest, individual trading partners). Reducing that trade deficit and improving market access, for sectors such as manufacturing, are a priority in current negotiations.

A similar example of competing priorities is playing out with the U.S.-Korea Free Trade Agreement. President Trump has indicated the desire to modify the treaty to address the trade imbalance, and even raised the possibility of withdrawing from this treaty. Yet, at a time when South Korea, a close U.S. ally, is under threat from North Korea, that effort has slowed down. Finally, while the U.S. has the largest trade deficit with China, it has been slow to initiate strong measures against China. This is largely due to the desire to elicit Chinese support for UNSC condemnation and sanctions against North Korea. Curiously, the administration has also initiated legal proceedings (under Section 301, of the U.S. Trade Act of 1974) against China over the protection of intellectual property.

Clearly, there are economic benefits associated with a neo-mercantilist trade policy. Playing hard ball with China could coerce them into changing some of their most harmful trade practices. The “America First” trade policy could also lead to slightly better outcomes in current bi-lateral negotiations with U.S. partners and allies. However, mercantilist trade policy alone is unlikely to bring back manufacturing jobs, or substantially reduce the trade deficit. And it is doubtful that Americans are willing to make the macroeconomic sacrifices (e.g. reduce domestic consumption and government deficits) necessary to significantly improve the balance of trade imports. Thus, the benefits of “America First” are questionable. What about the costs?

“America First” trade policy is more than just economics – it has significant security implications, and will likely increase security risks. Mercantilist trade policy is a key component of what Hal Brands, the author of “American Grand Strategy and the Liberal Order,”  would label a “Zero Sum Grand Strategy”. This approach views the global liberal order with suspicion and seeks to roll back U.S. commitments world-wide. It sees the emergence or growth of other powers as necessarily disadvantageous to the United States. By stopping the market distorting practices of countries, such as China, the United States could improve its balance of trade position and slow Chinese economic growth. It could also help the U.S. protect key intellectual property rights, in areas such as artificial intelligence, that have given it a comparative advantage over China and other developing countries. By emphasizing bi-lateral trade agreements, in which the size of the U.S. economy would give it greater leverage, the mercantilist approach might lead to greater burden-sharing efforts on the part of allies. There are also costs to this protectionist approach. One risk is that this trade policy will spark retaliatory trade barriers by U.S. trade partners making everyone poorer. Another security implication is that allies will turn to others to fill the vacuum of U.S. leadership, first in matters of trade and perhaps later in security issues. We already see signs of this as the EU and Japan reached a trade agreement in the aftermath of the U.S. withdrawal from the TPP. Finally, China, as a rising economic power, may seek to fill the leadership vacuum left by the United States as it pulls back from international cooperation. There are already signs of China stepping to the forefront, at least in rhetoric, in promoting free trade and efforts to fight climate change.

This protectionist turn could lead to retaliatory protectionism, or even a trade war. Military professionals have voiced concern about how budget cuts to the Department of State will weaken America by reducing its diplomatic effectiveness. An inward turn from the global economic order that the United States created may have even worse consequences: it will unquestionably hurt that system, reduce confidence in U.S. leadership, and probably increase global security risk While military leaders may have little influence over U.S. trade policy, they should understand the economic objectives of trade and how they relate to national defense. Military leaders have a respected voice in American political discourse. Perhaps it is time for that voice to defend America’s commitment to the global economy.