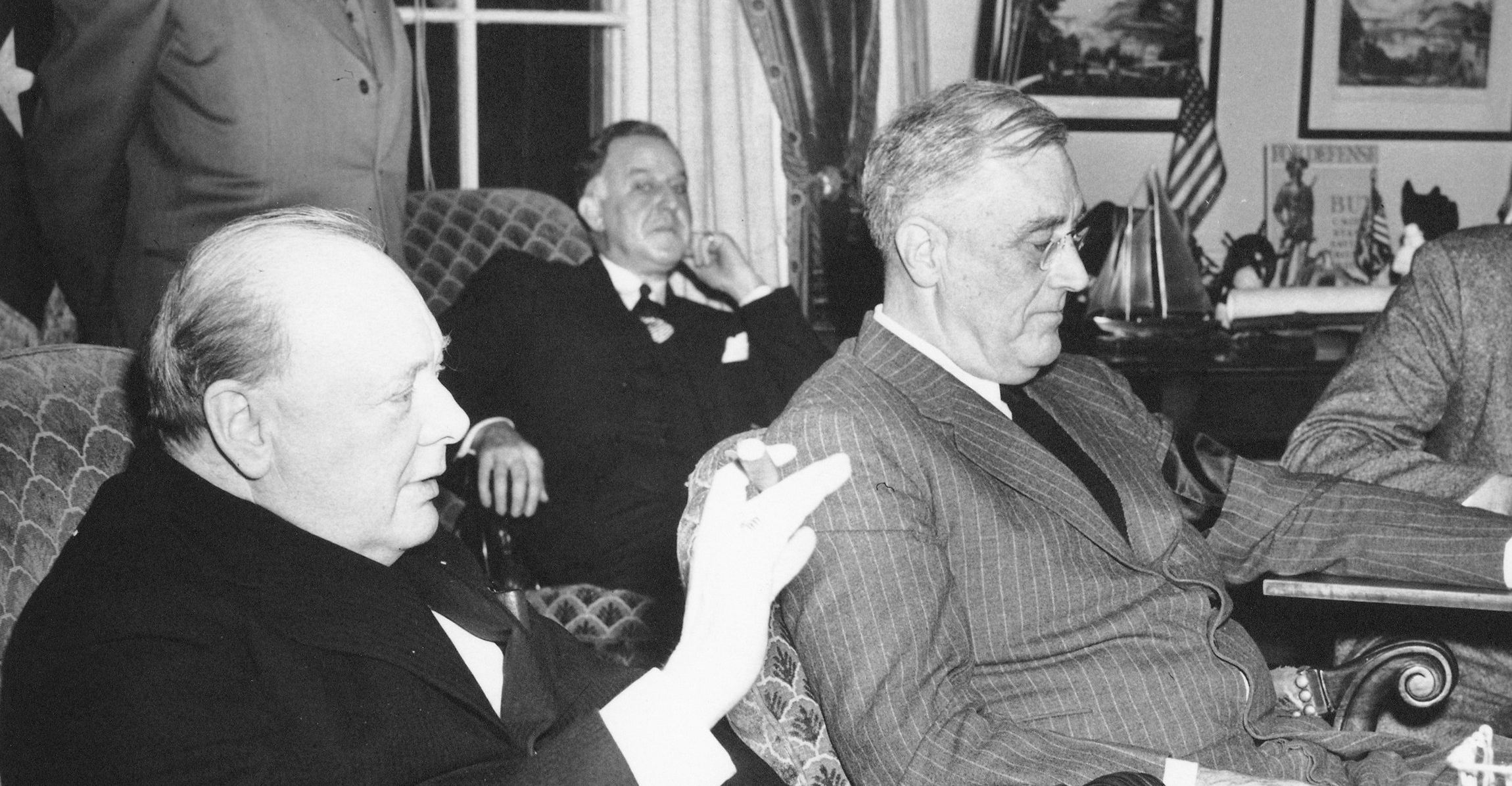 I spend this anniversary and festival far from my country, far from my family, and yet I cannot truthfully say that I feel far from home.

In December 1941, mere weeks after the attack on Pearl Harbor, Winston Churchill traveled to the United States to meet with President Franklin Roosevelt. The two leaders and their staffs met and began preparations for the alliance that would change the course of history.

It was the first year the National Community Christmas Tree was within the White House grounds. The President addressed the crowd that had gathered for the tree lighting from the South Portico. Following Roosevelt’s remarks, Churchill spoke as well.

As he spoke, he assured his American cousins that their cause was just. He hinted to the long struggle that lay ahead. But he also beseeched them, in what was surely a confusing time for many in America, to let joy and brotherhood enter their homes for the Christmas holiday before they set about much more difficult tasks.

In keeping with WAR ROOM’s tradition of reprinting the holiday messages of leaders throughout history, here is the full text of Winston Churchill’s Christmas Eve message:

Fellow workers, in the course of freedom, I have the honour to add a pendant to the necklace of that Christmas goodwill and kindliness which my illustrious friend the President has encircled the homes and families of the United States by his message of Christmas eve which he just delivered.

I spend this anniversary and festival far from my country, far from my family, and yet I cannot truthfully say that I feel far from home.  Whether it be by the ties of blood on my mother’s side, or the friendships I have developed here over many years of active life, or the commanding sentiment of comradeship in the common cause of great peoples who speak the same language, who kneel at the same altars and, to a very large extent, pursue the same ideals, whichever it may be, or all of them together, I cannot feel myself a stranger here in the centre and at the summit of the United States.  I feel a sense of unity and fraternal association which, added to the kindliness of your welcome, convinces me that I have a right to sit at your fireside and share your Christmas joys.

Fellow workers, fellow soldiers in the cause, this is a strange Christmas Eve.  Almost the whole world is locked in deadly struggle. Armed with the most terrible weapons which science can devise, the nations advance upon each other.  Ill would it be for us this Christmastide if we were not sure that no greed for the lands or wealth of any other people, no vulgar ambition, no morbid lust for material gain at the expense of others, had led us to the field.  Ill would it be for us if that were so. Here in the midst of war, raging and roaring over all the lands and seas, creeping nearer to our hearts and homes. Here amid all these tumults, we have tonight the peace of the spirit in each cottage home and in every generous heart.

Therefore we may cast aside, for this night at least, the cares and dangers which beset us, and make for the children an evening of happiness in a world of storm.  Here, then, for one night only, each home throughout the English-speaking world should be a brightly-lighted island of happiness and peace. Let the children have their night of fun and laughter.  Let the gifts of Father Christmas delight their play. Let us grown-ups share to the full in their unstinted pleasures before we turn again to the stern task and the formidable year that lie before us, resolved that, by our sacrifice and daring, these same children shall not be robbed of their inheritance or denied their right to live in a free and decent world.

And so, in God’s mercy, a happy Christmas to you all.

May you all have a very happy Holiday Season and here’s to a bright New Year.

You can download the original press release of Churchill’s speech here.