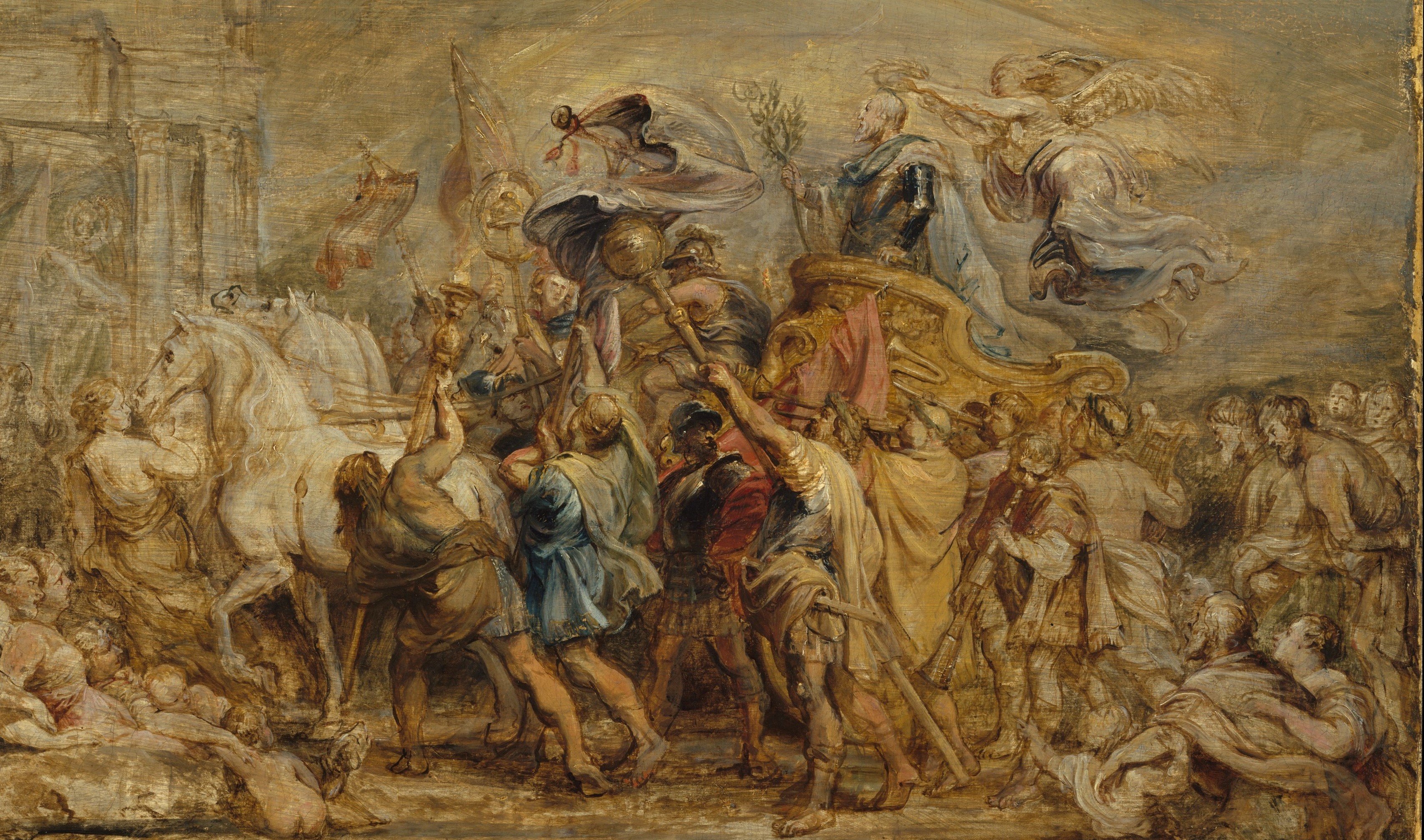 No strategic model is a perfect representation of war, but some … offer valuable insights that justify their costs.

What good is a “model” of strategy when every model possible is so clearly and manifestly wrong? War is among the most complex of human endeavors. In such a context, what use are the necessary simplifications of models? Perhaps strategists should acknowledge and deal with complexity more directly, thinking creatively about the problem at hand, and avoid using models that are necessarily wrong.

Then again, the statistician George Box famously observed, “All models are wrong; some models are useful.” No strategic model is a perfect representation of war, but some, especially those that provide frameworks for systematic thinking or that create powerful and sticky images for communication, offer valuable insights that justify their costs. Which models and metaphors are the most powerful? And what are the consequences of using one model over another? These questions are the basis of a long-running argument about how to think, write, and talk about strategy.

Major M.L. Cavanaugh’s recent essay on Modern War Institute, “It’s Time to End the Tyranny of Ends, Ways, and Means,” which roundly criticizes a model that the U.S. Army War College uses to discuss strategy, is but one iteration of this discussion. Cavanaugh disparages the venerable “ends-ways-means” strategic model (the author calls it the “Lykke model”), arguing that it has been misused and abused too much to be salvaged, and should therefore be discarded. Although Cavanaugh identifies legitimate flaws in this model, he asks it to do too much.

Metaphors and models, even flawed ones, are central to thinking about strategy and to teaching it. At their best, models and metaphors serve both to order and disorder our thinking. Given the task to educate future strategic leaders, war colleges face a substantial challenge. But thin caricatures of the U.S. Army War College’s current approach to teaching strategy do little to solve the alleged problem. Strategists must become comfortable with multiple metaphors and moving between different rhetorical and cognitive contexts. They must learn to control metaphors and harness the power of language and imagery, while avoiding being held captive by the same. The war colleges are well-situated to help strategists make those mental moves.

Language shapes our thinking. Analogies and metaphors are particularly powerful in this process, perhaps even forming the core of cognitive function. George Lakoff and Mark Johnson explain that “our concepts structure what we perceive, how we get around in the world, and how we relate to other people,” that our conceptual system is“fundamentally metaphorical” and that “the essence of metaphor is understanding and experiencing one kind of thing in terms of another.”

In thinking about war and strategy, metaphors abound. Clausewitz was, himself, a master of metaphorical language in his exploration of war. War is a duel, a chameleon, commerce, politics, a trinity, a magnet suspended between three others, science, art, or a card game. We are comfortable with this multiplicity of images, and we rarely ask that a single metaphor carry the entirety of a concept or definition. We use metaphors to describe parts of a whole and the relationship of those parts to others.

Like “war,” “strategy” is abstract and complex, so we rely on more concrete images to describe and explain it. Lykke’s 1989 piece itself offers two metaphors: an equation and a stool. But others have offered different metaphors: strategy is a bridge, a wrestling match, a dialogue, a negotiation, a process. Cavanaugh himself recognizes the inherent problem in asking a single metaphor to do too much in an earlier essay – in that case, taking on Colin Gray’s bridge metaphor – and he proposes a new metaphor for thinking about strategy: the Pike’s Peak Marathon, modified by the addition of violent competition between runners. We could pick apart every one of these, arguing ad nauseam about their relevance, precision, what they leave out, and what they emphasize. But then we would miss the point.

Cavanaugh rightly criticizes the stool and equation/formula metaphors as flawed. A leader who relies too much on them will artificially constrain her thinking, and the resulting strategy will be weaker for it. Yet common frameworks are a starting point for mutual understanding. The judicious use of rhetorical metaphors helps us in the central task of communication. (It is telling that the author doesn’t elaborate on what his strategy – the one that the sad, beleaguered Christmas-orphan-senior-leader rejected – actually looked like.)

The ends-ways-means construct omits important considerations about the adversary, the environment, or adaptation in response to uncertainty and contingency. Any strategy that does not consider these elements will be deficient. Nevertheless, ends-ways-means does not preclude other valuable approaches to strategy, and itself provides a unique perspective that justifies its use.

When strategists fail to distinguish ends, from ways, from means, they run the very real risk of mistaking means for ends and ignoring the critical causal mechanisms required to make sense of ways and simply listing desirable outcomes and a list of available resources. This is a key critique of recent National Security Strategies, which have been heavy on lists of things the United States would like and some references to the instruments of national power, but which have been woefully inadequate at describing the relationship between the two.

Ends, ways, and means are still central in most definitions of strategy, even those that Cavanaugh finds more agreeable. Many critics of more traditional definitions of strategy have gravitated toward Barry Posen’s eloquent construction: “A grand strategy is a nation-state’s theory about how to produce security for itself.” But even here, there are clear hints of ends (“security”) and an articulation of ways (“how to produce”), and it is difficult to imagine a state answering that question without at least some consideration of the available resources or means. Ends-ways-means is not the problem.

Instead of dismissing flawed metaphors, such as the stool or the equation (or the bridge or the marathon or a wrestling match), we should focus on moving comfortably back and forth between metaphors. For example, take a common metaphor for strategy (the stool) and stretch it, so it becomes unfamiliar and a novel metaphor (the marathon), and use it to inform and deepen a more traditional way of thinking.

What would happen if we thought creatively and deeply about the stool, for example? Is the “means” leg the only one in danger of being too-short? What are the consequences for a stool with a wobbly leg, or a broken one, or a too-short one? What is it that sits atop the strategy stool? What is at risk if the stool breaks? Is there a way to consider adversary responses or changes to the environment? Could we envision the stool being placed on a concrete floor versus a muddy field? Is “risk” a shim that reinforces or stabilizes the stool, or is risk the empty space below a short leg? How might we improve the stool while we’re sitting on it?

Conversely, we can apply ends-ways-means to examine the metaphor of a competitive no-holds-barred marathon on rugged terrain. We would ask about ends: Is the goal is to win, to place, or to simply beat a single arch-rival competitor? We would explore means: Does the runner have sufficient water and nutritive gel for the race? Does the runner have the correct equipment for the terrain? What kinds of training has the runner undertaken? Could the runner cheat by hitching a ride – say on a pre-positioned bike?  And we would ask about ways, which link ends and means: Should the runner begin quickly or slowly? Should the runner try to use mind games to psych-out the competition or rely on physical prowess alone? In addition to the environment-and-adversary-driven strategy that the marathon metaphor suggests, we also see the utility of systematic thinking about goals, concepts, and resources.

Some of these questions may seem silly, but that is the point. Take a metaphor and stretch it. Play with it. See where it goes. Push it to its limits. And then come up with new ones. But you do not have to toss the metaphorical baby out with the metaphorical bathwater.

Cavanaugh places much of the blame for myopic, narrow, formulaic thinking about strategy on the U.S. Army War College and its promulgation of an overly-simplistic and flawed model. He insinuates, albeit with the required disclaimer that “correlation does not equal causation,” that flawed models are a perhaps even a driving factor behind alleged deficiencies in American strategic thinking in the late twentieth and early twenty-first centuries. The logic Cavanaugh asks us to follow is as follows:

Minor Premise: The U.S. Army is bad at strategy.

The U.S. Army War College has, in fact, challenged simplistic, unthinking uses of models and metaphors, and hosts robust debate among faculty members and students about these very questions.

Cavanaugh also ignores a host of other explanations for American strategic deficiencies (also arguable), not the least of which is that crafting “good” strategy is tremendously difficult and complex. Cavanaugh does not consider commissioning sources, service cultures, U.S. domestic politics, civil-military relations, the international system, or a host of other factors that influence strategic thinking and execution.

The war colleges are far from perfect, and criticisms abound. War colleges face real time and resource constraints. Combining an academic institution and a military organization can be challenging, often aggravated by significant cultural differences between civilian academics and professional military officers. Tensions between training and education persist. Neither the student body nor the faculty is very diverse. Finally, senior leaders and policy makers sometimes disagree about the fundamental purpose of the schools. But the war colleges’ problems generally do not include a lack of seriousness about the mission to educate students and future senior leaders about the tremendous complexities of crafting, executing, and evaluating strategy.

The U.S. Army War College has, in fact, challenged simplistic, unthinking uses of models and metaphors, and hosts robust debate among faculty members and students about these very questions. Tami Biddle (whose essay on grand strategy Cavanaugh points to as a better model for thinking about strategy) has educated U.S. Army War College students and strategists for more than 15 years, and Lykke’s Military Review article is no longer assigned to students, although its development, influence and insights are discussed at length in an essay by Richard Yarger. Jeffrey Meiser’s “Ends + Ways + Means = (Bad) Strategy” which offers another broad critique of the Lykke model and to which Cavanaugh refers, was published by Parameters, the premier journal published by the U.S. Army War College, along with a follow-on debate about the original piece. “It depends,” is, according to many students and recent graduates, the only “school solution” for war college classes and papers and analysis. It’s something of a running joke, but they’re not wrong.

At their best, the war colleges are places where mental models, metaphors, and images are subject to close examination and criticism, and where students are challenged to invent new ones. The U.S. Army War College is not everything that it can be. But neither is it the stultifying caricature that has been painted by some critics.

U.S. Army War College offers students a “USAWC” definition of strategy: “Strategy is the alignment of ends (aims, objectives), ways (concepts), and means (resources) – informed by risk – to attain goals.” Astute readers will note that this differs significantly from the notion of “balancing” ends-ways-means, and is even further from the concept of a formulaic equation. We discuss the Lykke “stool” model of strategy, and introduce a USAWC strategy formulation framework. We also teach a suitability-acceptability-feasibility-risk (SAF-R) test for evaluating strategy. But these are presented as starting points, and valid objects for criticism, discussion, and analysis. They are not sacred.

This is not your father’s war college.