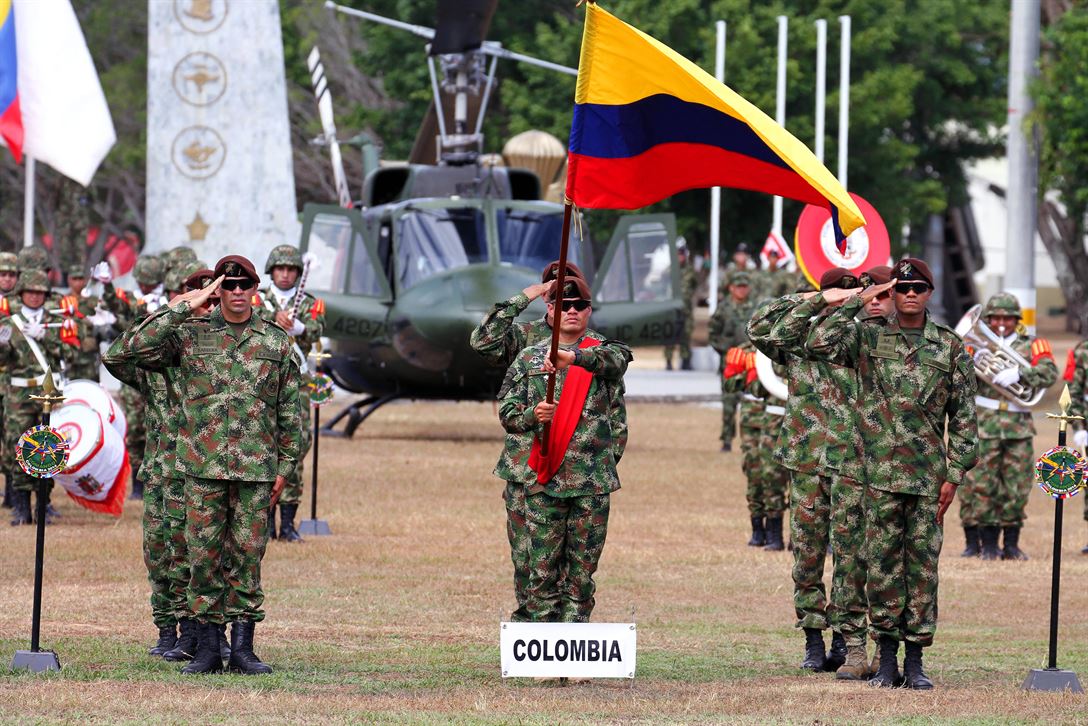 The direction that Latin America takes is going to be, of course, up to the people of the region, but the region could look quite differently a year from now.

WAR ROOM welcomes special guest Eric Farnsworth, Vice President of the Washington Office from the Council of the Americas, to discuss Latin American relationships with the U.S. Among the topics discussed are the North American Free Trade Agreement, Venezuela’s political situation, Brazil’s economic development, and the peace agreement in Colombia. Meanwhile, the U.S.’s role in the region is changing as other world powers are taking active interest, especially China. U.S. Army War College Director of American Studies Ian Lyles moderates.

Photo:  The Colombian team stands in formation and renders honors during the opening ceremony for Fuerzas Comando 2014 on Fort Tolemaida, Colombia, July 23, 2014 (Department of Defense Photo).