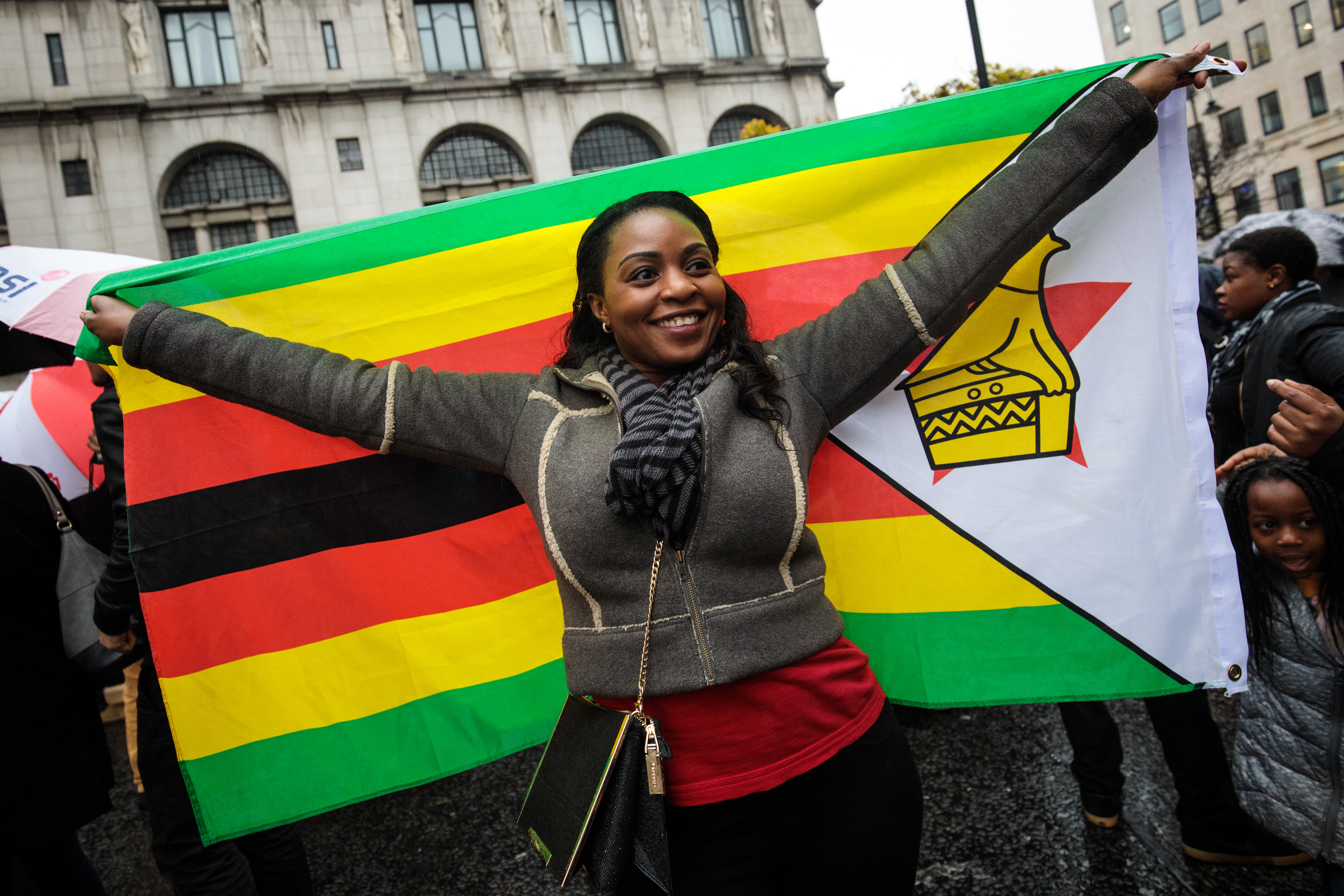 If [President Mnangagwa] wants a genuine legacy of someone who has restored Zimbabwe to great prominence, he has an opportunity here, but … they have to show us.

For nearly four decades, Robert Mugabe reigned over the African nation of Zimbabwe, a reign that ended as the result of a struggle over his succession followed by a military coup. But unlike military coups elsewhere, Zimbabwe’s was bloodless and long-time minister Emmerson Mnangagwa would assume the Presidency peacefully. U.S. Army War College Director of African Studies Chris Wyatt tells the long and complicated story of how the transition occurred and what it means for the future of Zimbabwe and relations with African Union and United States. WAR ROOM podcast Editor Jacqueline E. Whitt moderates.

Photo: Protesters demonstrate outside the Embassy of Zimbabwe in London to call on the leader of the country Robert Mugabe to resign on November 18, 2017 in London, England.