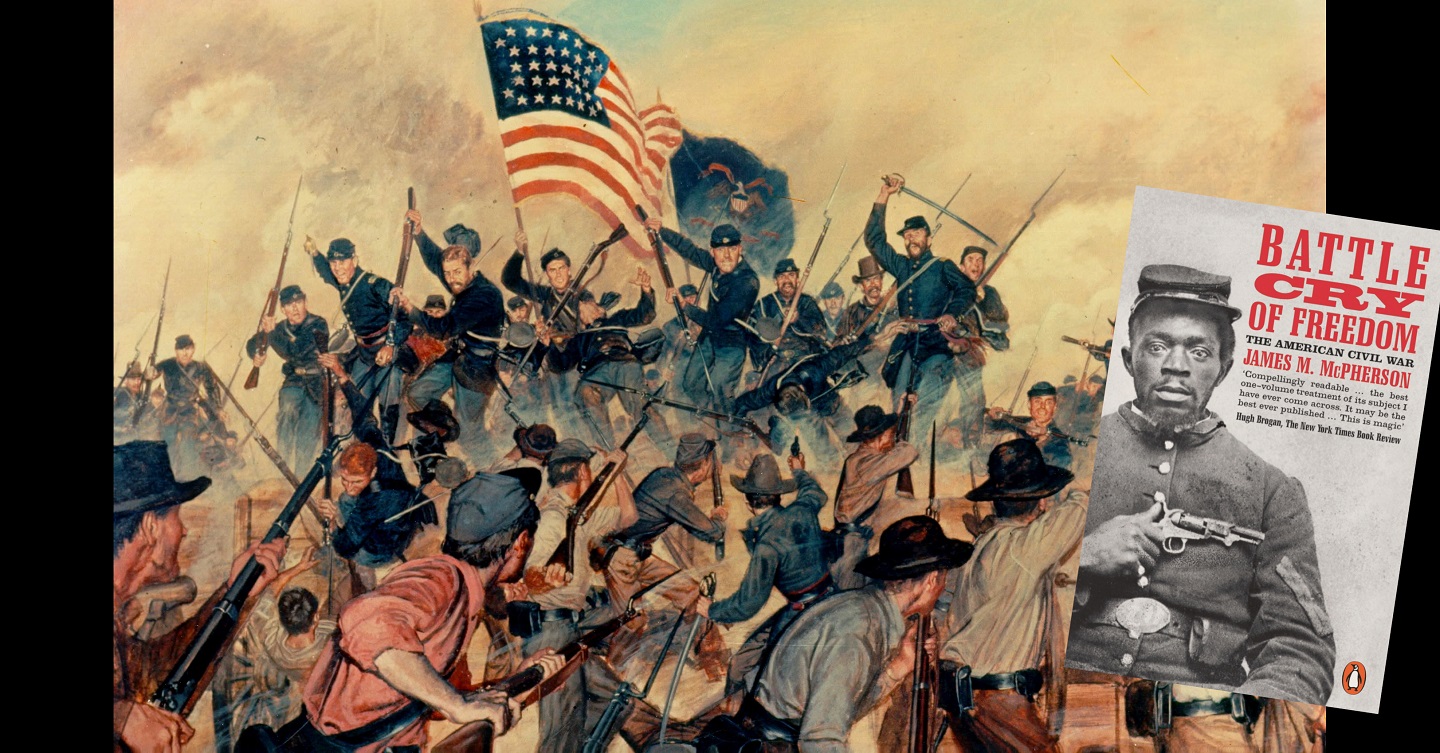 Before speculating about another civil war, one should properly understand the first – the reasons for it, its conduct, and its legacy.

Many of the tumultuous events in the past few months can trace their origins to the Civil War. Long-simmering racial tensions, rooted in America’s slave-owning past, boiled over after George Floyd died. Protestors destroyed Confederate monuments while others peacefully persuaded public officials to remove them. Instead of ignoring issues, like in the past, some states and institutions took it upon themselves to enact change. Mississippi’s governor removed the Confederate symbol from its state flag. The U.S. military banned the flag from being displayed on installations. Even so, several polls indicate that a growing number of Americans believe political, class, and racial divisions are worsening and that America is on the verge of a second civil war. Before speculating about another civil war, one should properly understand the first – the reasons for it, its conduct, and its legacy.

With so many books about the Civil War, we often forget to give the great ones the attention that they deserve. James McPherson’s Battle Cry of Freedom: The Civil War Era is one book that should not be collecting dust on any shelf. It is an excellent starting point for those interested in learning more about the Civil War period. This Pulitzer-winning book’s length might seem daunting, but McPherson’s excellent writing makes it an easy read packed with essential lessons for readers of all backgrounds. It describes the ultimate crucible in the American experience – the Union’s fight to save the nation and emancipate those in bondage.

Of all the books in The Oxford History of the United States, only this one is dedicated to a single war. Why should such a large volume cover such a short period? C. Vann Woodward provides a compelling reason in his editor’s introduction: “There are numerous criteria at hand for rating the comparative magnitude of wars … One simple and eloquent measurement is the numbers of casualties sustained … And in the final reckoning, American lives lost in the Civil War exceed the total of those lost in all other wars the country has fought added together, world wars included. Questions raised about the proportion of space devoted to military events of this period might be considered in light of these facts (xviii).”

McPherson’s narrative begins in the mid-19th century and traces the events that led to the division of the Union in 1861. He provides a comprehensive chronicle of Union and Confederate individuals, policies, social climate, and military campaigns through the end of the war in 1865. McPherson dismantles the Lost Cause myth and accurately describes the root cause for the war – the South’s desire to protect and expand the institution of slavery (7-8). He depicts principal characters with their merits and flaws. By weaving together events and accounts of those who lived through them, McPherson helps give a fuller picture of this era.

For readers who can’t imagine a more difficult time in America than now, this tale might ease their concerns about America’s current woes. Tracing the roots of the slavery debate, McPherson pulls readers through the Missouri Compromise, the Compromise of 1850, the Kansas-Nebraska Act, the Dred Scott case, and the tensions that resulted from each decision. The slavery issue violently divided political parties, sparked many riots across the country, and led to a barroom-style brawl in the U.S. House of Representatives. America faced economic problems too – the Panic of 1857, a shrinking Union economy early in the war, and an inflation rate never repeated since. Soldiers and civilians alike experienced elation and suffering throughout the war. The outcome hinged on a few major turning points, yet throughout the conflict, both sides faced military hardships on a scale never seen before.

McPherson’s masterpiece is never prescriptive or pedantic. Instead, readers versed in strategic theory can test their expertise by recognizing timeless edicts about politics, warfare, and human nature. McPherson describes the war from tactical, operational, and strategic perspectives, showing the relationship between each and how, like Clausewitz’s simplified trinity, the government and the people influenced military operations. Battlefield successes influenced politics. Only after the fall of Atlanta and Philip Sheridan’s destruction of Jubal Early’s army could Lincoln feel confident in his reelection bid because the people could then see the possibility of Union victory (858). Battle Cry of Freedom provides a one-stop-shop from which a reader can extract such valuable lessons.

Not wavering from his ultimate goal – the restoration of the nation – Lincoln deftly managed the strategic situation throughout the war.

While many of the key figures from this age exhibited impressive characteristics, none had as lasting an impact as Abraham Lincoln. Not wavering from his ultimate goal – the restoration of the nation – Lincoln deftly managed the strategic situation throughout the war. A master in civil-military relations, Lincoln understood that military victory was the means through which he could achieve political ends. As commander in chief, he went through multiple generals in the Army of the Potomac alone and then wisely settled on Ulysses S. Grant as general-in-chief of all Union armies. Lincoln rarely faltered in his conviction, despite continually weathering blows from his critics. Through his Emancipation Proclamation, he assured that the war for the Union meant war for human freedom (489).

Rising above the chaos, President Lincoln’s determination and skill ensured Union victory. He transformed the old republic into a new nation. Before the war, the “United States” were generally referred to as a plural noun. The war transformed the “Union” into the “nation” and created a permanent change in American development. Political power shifted from South to North and federal power increased. As the victors of this struggle, the North propelled the country toward a future of industrial capitalism and a deeper meaning of liberty (856-862).

McPherson’s narrative falls short in a few areas. He admits in his afterword that one fault is his failure to expand on the complicated notion of Freedom, or Liberty. Another critique is McPherson’s use of the words “revolution” and “counterrevolution” to describe events in chapters seven and eight. “Revolution” could have easily referred to John Calhoun’s recasting of the Constitution as a pro-slavery treatise and the “counterrevolution” as the abolitionist movement culminating with the founding of the Republican Party in 1854. Even with these minor issues, McPherson must be commended for creating such a masterful single-volume account of this era.

There are tens of thousands of books about the Civil War, warfare, politics, and leadership. This book provides a combination of these subjects where readers can explore a historical period and discover valuable lessons. Military officers can find examples of competent generalship, while elected officials can draw sound council from Lincoln’s actions. It serves as a reminder that Union soldiers did not die in vain for their great cause.  Battle Cry of Freedom inspires readers to rise above political, class, and racial divisions to “achieve and cherish a just, and a lasting peace, among ourselves, and with all nations.”

Photo Description: Confederate Lines, Vicksburg, Mississippi, 19 May 1863. In this assault against bitter resistance the 1st Battalion, 13th Infantry, lost forty-three percent of its men, but of the attacking force, it alone fought its color up the steep slope to the top. General Sherman called its performance “unequalled in the Army” and authorized the 13th Infantry to inscribe “First at Vicksburg” on its color. Although it took two more months of hard fighting to capture Vicksburg and split the Confederacy, no episode illustrates better the indomitable spirit of Americans on both sides.