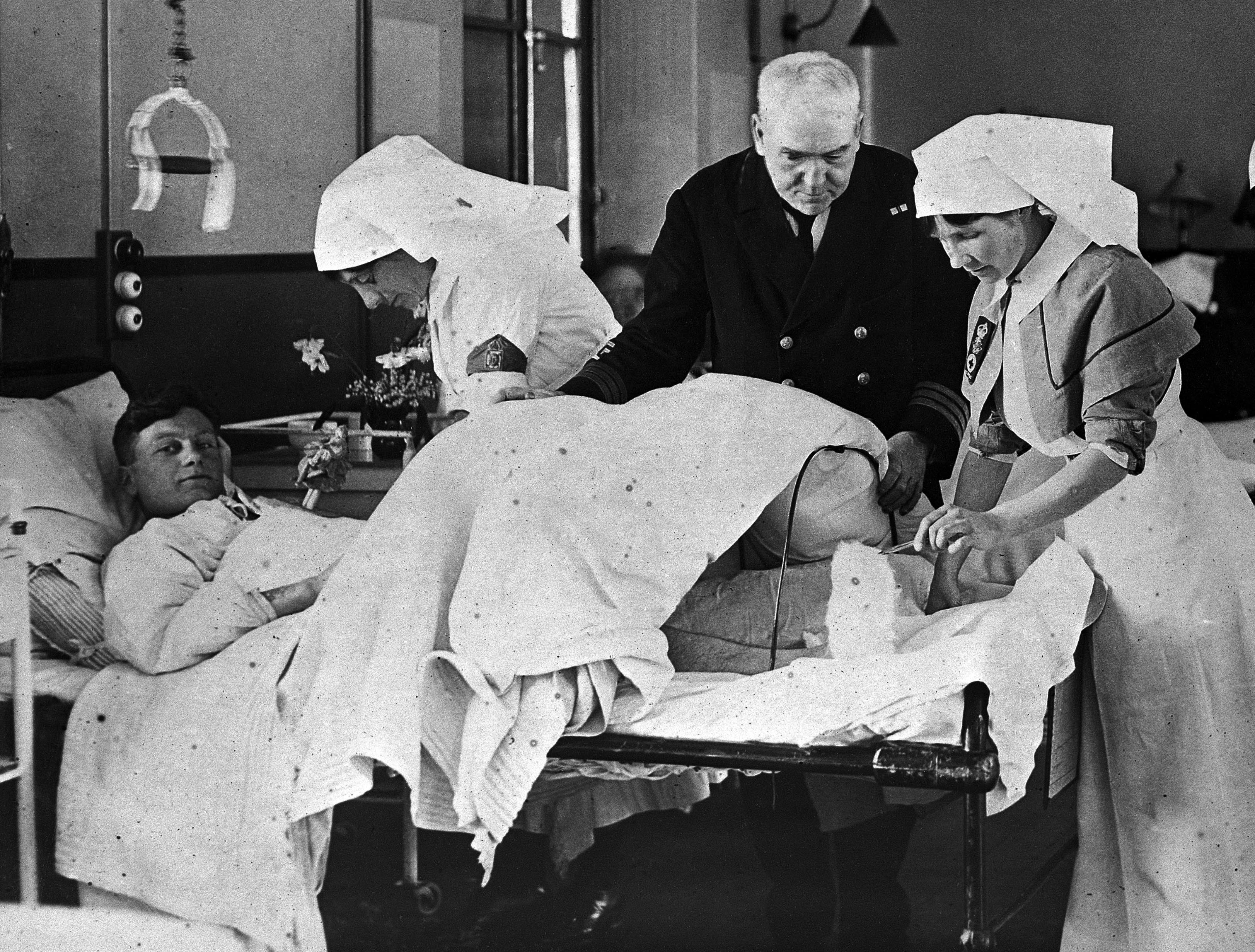 This is the second set of top responses to the following question:

What is the most important insight about war or strategy that we gain from the study of the First World War?

If you missed our first set of responses click here. Also, you can click here to see the prompt and the original responses we received from historians and scholars.

Stay tuned for more Whiteboards. The next one is coming soon!

The high specialization, both of men and equipment, needed to fight in the difficult conditions of World War I demonstrated how industrialization of military technology enabled both Allied and Central Strategists to consider no geographic hurdle unreachable. Although the combination of industrialization and old tactics arguably created stalemates along the classic routes of Western Europe, the Italian Alpini and the Austrian Hungarian Kasierjager literally scaled and moved mountains (through underground explosions) to halt opposing offensive operations in the early phases of war. Through advanced pulley systems, they brought artillery and machine guns to areas that today require a full outfitting from a mountaineering store.

Walking the alpine battlefields earlier this year was an eye-opening experience. In Spring 2018, I visited the Italian Dolomites. There, high-altitude hallowed grounds are enclosed by snow-capped peaks. While the dirt trenches of Verdun and the Somme are long gone, erased by erosion and plowing, the stone slab-lined trenches at Mount Plena are still very much intact. So, too, are the mine shafts and other unique features of the “White War,” including makeshift cable trollies that ferried supplies, and bored out machine gun nests only accessible through difficult via ferrata climbing routes. Even though warfare occurred in snow and gripping cold before, never had industrialized war transpired in high Alpine regions.

Yes, the combatants eventually became locked in an enduring stalemate. Such a situation in the daunting Dolomites would have never occurred unless the industrialization of military technology gave planners a belief that, literally, “ain’t no mountain high enough,” to stop war. Planners for future wars will push the boundaries of  military operations. We cannot assume the battlefield will be yet another rolling plain or wooded forest.

Unbelievably, the history of most American women doctors during World War I remains unrecognized. Not a single female physician or nurse of the Women’s Oversea Hospitals (WHO) has ever been recognized by the American military for valorous service rendered during World War I. Until my catalog accompanying the exhibition “Votes for Women: A Portrait of Persistence,” no in-depth account had been written about the WOH. My best resources in gathering research was the rare mention in an obituary and the self-published pamphlet about the WOH authored by a NAWSA volunteer. However, the wartime accomplishments of American women leave no question regarding the degree to which their trailblazing actions and experiences merit recognition in history—and by the U.S. government.

During World War I, approximately eighty female suffragist doctors and nurses formed the Women’s Oversea Hospitals (often misspelled as “Overseas”), a group sponsored by the major suffrage organization, the National American Woman Suffrage Association (NAWSA). On September 3, 1918, the French government recognized three of them with Croix de guerre—the French equivalent to the Medal of Honor: Dr. Caroline S. Finley, Dr. Mary Lee Edward, and Dr. Anna Von Sholly. The citation described Dr. Finley as “distinguished, with all her staff, for her courage and her scorn of danger during a bombardment of the hospital by enemy aviators.” The women had survived the bombardment of Château Ognon, and witnessed the Germans’ most important advance into France since 1914. Sadly, only one woman—Dr. Mary Edwards Walker—has ever received the Medal of Honor.

For their heroism under fire, the American women physicians had to content themselves with recognition by the French, only. By contrast, one can imagine the cinematic films that would have been made, the acclaim given, and the books written about these courageous actions—had men carried them out.

If women are not treated equally in the historical account, then we have little hope for equality in the present or in the future. Historians must uncover women’s history—as well as remove it from the margins—and place it prominently as American history.

Military strategists have to be open to evidence that everything they learned beforehand may be wrong. Here’s an example of a premise: the UK, German, and French military were staffed by officers that wanted the best military outcome with the least amount of sacrifice for their military forces.

Military strategists have to focus on three competing elements when evaluating their strategic progress: (1) evidence of the success of military outcomes towards defined objectives; (2) how technology is positively & negatively impacting military outcomes; and (3) the sacrifice required to produce the military outcome. For World War I military leaders, this would have pointed to vastly limited military outcomes driven by the negative effects of technology of the machine gun, rapid fire artillery, and industrial logistical innovation to produce enormous casualties.

For the US Army in Iraq and Afghanistan, we did not learn these same lessons. The US Army faced the (1) evidence of poor military training of local forces, ineffective investment in infrastructure, and ongoing casualties stemming from (2) technology that allowed devastating standoff attacks (IED) with the use of Social Media and cell phones that enabled coordination of a sustained, widespread insurgency among disparate ethnic groups that called for a (3) sacrifice that was unequal to the results. As in World War I, US Army leaders failed to recognize that what they learned beforehand was wrong in the effective prosecution of the present conflict.

War is only cruel and inhuman.

War is not the continuation of politics.

It is the end of politics.

The political and military leaders of the great powers failed all along the line in 1914.

They misjudged the intentions and goals and the real forces and means of their own powers, and their opponents as well.

They had no strategy for peaceful conflict resolution by political means. They were all under the delusion of being able to gain a decisive advantage by military forces and were sleepwalking into catastrophe.

Should the elites fail again today, as they did in 1914-1918, humanity may not survive. Strength and superiority – which will never last long anyway – are therefore not the appropriate means to preserve peace, democracy, freedom and free order.

We, the free nations of the world, need to secure strategic stability, renounce destabilizing measures, and embrace a nuclear strategy designed exclusively for deterrence. We need transparency, confidence-building measures, and arms control with the goal of gradual disarmament. We need to renounce the idea of dominance and accept the legitimate security interests of all nations.

We need fair balance of interests. Rules and international institutions. We need the opposite of “peace by strength and superiority.”

The views expressed in this Whiteboard exercise are those of the contributors and do not necessarily reflect those of the U.S. Army War College, U.S. Army, or Department of Defense.