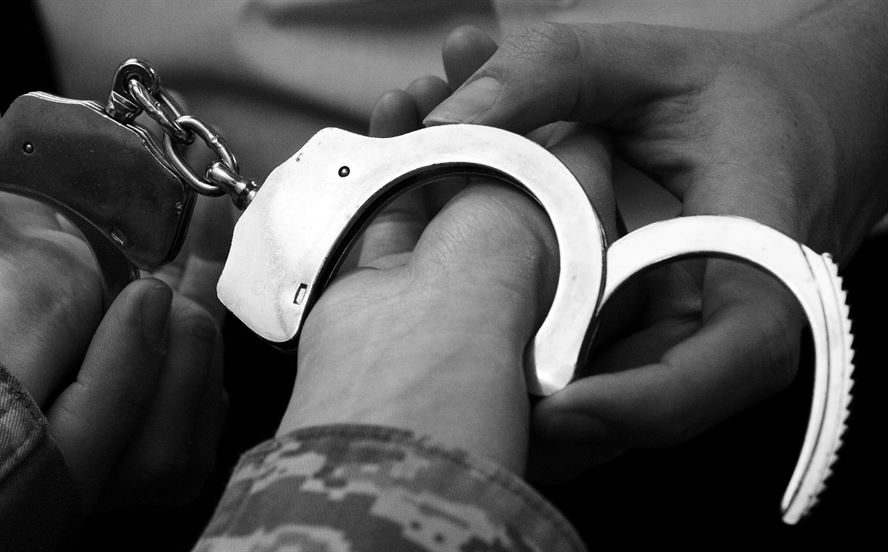 any instance of senior officer misconduct is unacceptable. We should therefore err on the side of caution, and assume that the Army has a problem. So what should we do about it?

On 22 June, the Washington Post reported the demotion of an Army Major General to Brigadier General, based on the results of an investigation into allegations of the general officer’s inappropriate relationship with a junior officer. The Washington Post article stated that this was the sixth allegation of this type in the last year that involved senior military officers. This article and others also noted that the general officer had been confronted by his chief of staff and his command sergeant major, his senior enlisted advisor, who advised him to stop the alleged behavior, due to negative perceptions within the organization. While we do not know the specifics of their conversation, it is easy to imagine the challenging process that they underwent reconciling their loyalty to their commander with their obligations to the Army Profession and the subsequent uncomfortable session when they advised their commander. The important point is that these two senior Army leaders made the necessary and difficult decision to confront their commander with their concerns, and in doing so, actualized the concept of senior steward of the profession.

Despite recent public articles alleging that the Army has a senior leader misconduct problem, is this actually a significant issue? Public data on Army senior leader misbehavior allegations and findings is elusive. As the Washington Post notes, “Army leaders have been reluctant to talk publicly about the issue” of Army general officer sexual misconduct or improper interactions. Army leaders are similarly reluctant to talk about any other type of senior official misconduct. However, data published in the Army Times in 2015 illustrates the scale of the issue from the perspective of disciplinary actions taken in response to a wide range of substantiated misconduct allegations: seven general officers were relieved from their positions from 2008 – 2015, 29 general officers were referred to Army Grade Determination Review Boards from 2010-2015, and the Army Vice Chief of Staff issued 110 memoranda of reprimand, 147 memoranda of concern, and counseled 45 general officers verbally during the same period. If we add the (minimum of) six general officers who were disciplined in 2016-2017 for just one small subset of infractions – sexual misconduct or inappropriate relations – then it seems fair to argue that the Army has a general officer misconduct problem.

How effective is the current system for preventing senior leader misconduct? If the current approach for oversight was improving the situation, we would expect to see a reduction in allegations of misconduct and findings of substantiation. However, in 2015, the Army VCSA could only say that the rate of misconduct was only “a little bit lower than the historical average.” In addition, the number of allegations and substantiated findings of Army senior leader sexual misconduct and harassment actually increased in 2016, despite the attention being paid to this issue by Army leadership. This data highlights that addressing general officer misconduct must receive continued attention and all potential methods to preclude its continued occurrence should be considered.

One may protest that misconduct cases represent a small minority of the several hundred general officers who honorably serve the nation. The problem is that just one negative incident involving a senior military officer has the potential to further damage the public’s perception of the officer corps and to threaten directly the service’s independence, authority, and resourcing and recruiting. Very bluntly, any instance of senior officer misconduct is unacceptable. We should therefore err on the side of caution, and assume that the Army has a problem. So what should we do about it?

A recent article reviewed incidents of misbehavior by senior Army officers, and recommends that colonels assigned as executive officers take on more formal responsibility in policing senior leader conduct. It suggests, among other things, that such colonels be required to attend the Inspector General (IG) course, and that they swear to report any malfeasance. These recommendations are clearly designed to increase oversight and accountability of our senior uniformed leaders, but they have drawbacks.

Empowering executive officers as shadow IGs adds an unnecessary education requirement and a redundant leader over-watch duty on executive officers, who are already saddled with numerous other competing demands. It also replicates existing formal oversight and reporting mechanisms. Yet the foundation of the idea is sound: timely advice from a trusted senior advisor may help prevent inappropriate senior leader behavior, thereby avoiding the damage caused by leader misconduct. However, in focusing on officers, the recommendation overlooks one of the most powerful sources of senior leader guidance: experienced non-commissioned officers. The Army provides numerous official advisors to senior officers – Inspector Generals, Staff Judge Advocates, Ethics Counselors and Chaplains, and a Command Sergeant Major (CSM). It is this final group that has the greatest potential to address leader misconduct.

Improved use of nominative sergeants major, serving as senior stewards of the Army Profession and as guardrails for their general officers, may reduce recurring Army senior leader misconduct problems. The U.S. Army selects and assigns nominative sergeants major to serve as senior enlisted leaders and advisors at general officer-led commands, charging these senior noncommissioned officers to provide advice that helps their leaders and their organizations to operate more effectively.

The Army has the appropriate tools to select, educate, and assign senior stewards of the profession and guardrails for its most senior officers – the tools just have to be strongly re-affirmed, clearly explained, and more vigorously applied.

At the Army flag officer (nominative) level, CSM are selected from a pool of the service’s most experienced and successful senior noncommissioned officers. A nominative CSM’s primary duties include serving as the senior enlisted leader in his or her organization, and serving as the senior enlisted advisor to the commander on topics and issues as directed by the commander. Based on their extensive experience and education, as Army senior leaders, CSMs are senior “stewards of the profession”, with “the duty to be faithful, responsible, and accountable stewards… strengthening the Army culture of trust.” All stewards of the profession have the responsibility to make appropriate decisions and be accountable for the results of those decisions; they are held to a high standard of performance and behavior, whether on or off duty. Stewards are the key executors of the Army profession’s self-policing function, enabling the Army to sustain the respect and trust of the American people and thus help to preserve the profession’s relative autonomy and authority. Senior stewards – the Army’s senior leaders – have increased responsibility because of the significant impact they have on both today’s and tomorrow’s Army.

The role of senior steward should be explicit in all Army senior enlisted leader and advisor duty descriptions, reinforcing the importance of this “special responsibility,” highlighting its shared nature, and providing context for senior advisors who advise senior leaders. Current Army doctrine should also clarify and explain in more practical detail who the Army’s senior stewards are, what their “special responsibility” encompasses, and how this task should be executed.

In addition, establishing an explicit formal requirement for nominative CSMs to advise candidly their commanders on inappropriate personal behaviors, negative organizational perceptions and other potentially adverse situations is recommended to get ahead of potentially dangerous situations. Their service as “guardrails” can help their commanders better self-police personal actions and behaviors. The guardrail concept was introduced over twenty-five years ago, when Ludwig and Longenecker published “The Bathsheba Syndrome: The Ethical failure of Successful Leaders.” This article explains why some senior leaders, when faced with unanticipated temptations, make ethically or morally wrong choices, with dire consequences for both themselves and their organizations. In order to reduce leader vulnerability, Ludwig and Longenecker recommend using “guardrails,” trusted colleagues or advisors who can help to deter ethical lapses. A contemporary discussion of this issue, “The Nathan Solution to the Bathsheba Syndrome” by Stallard and Sanger, reinforces the need for trusted advisors from the perspective of a serving Navy Chaplain and a Marine Corps lawyer. They explain the need for proactive upward counseling from trusted advisors serving as “guardrails,” as well as the painful reality of actually reporting a potential offense by a senior leader when that leader fails to heed their guardrails. Unfortunately, detailed discussion of the roles executed by nominative sergeants major, to include duties like “guardrail,” is not contained in the latest doctrine for Army NCO professional development, DA Pam 600-25; however, a new version that will contain additional detail on nominative sergeant major duties is currently in Army-wide staffing.

Nominative sergeants major are best positioned to serve as guardrails for senior Army leaders. Unlike a Colonel serving as an executive officer, CSMs are already at the pinnacle of their careers – most are in the penultimate or final assignment before mandatory retirement – and they can offer this type of advice without fear of career-ending reprisal. They have learned about the Army Profession within their professional military education and have been advising senior officers throughout their noncommissioned officer careers. They should be exemplar senior stewards of the profession, advising fellow senior stewards in supportive two-way relationships. The “Gold Standard” was clearly described to the author by CSM (Ret.) Ronnie Kelley, former 3rd Army/ARCENT CSM: “. . . with every general officer I worked with, we took the time to develop a personal relationship and agreed to look out for each other. It was a bond between two professionals.” If nominative sergeant major advice on negative perceptions or potentially improper behavior is ignored and they are convinced that a transgression has occurred, they then have the obligation to officially report their concerns.

The Army must do something now to address the reality of senior leader ethical and moral transgressions and the attendant public perception that we have a senior officer behavior problem. The Army has the appropriate tools to select, educate, and assign senior stewards of the profession and guardrails for its most senior officers – the tools just have to be strongly re-affirmed, clearly explained, and more vigorously applied. Nominative sergeants major, along with other senior advisors and staff personnel, have a critical responsibility to provide necessary oversight and candid advice to their general officers, and, when warranted, to appropriately report transgressions; executing this challenging task is the true essence of being an effective senior steward of the Army Profession.

Jim Shufelt is Professor of Senior Leader Development at the U.S. Army War College. The views expressed in this article are those of the author and do not necessarily reflect those of the U.S. Army, Department of Defense, or U.S. Government.