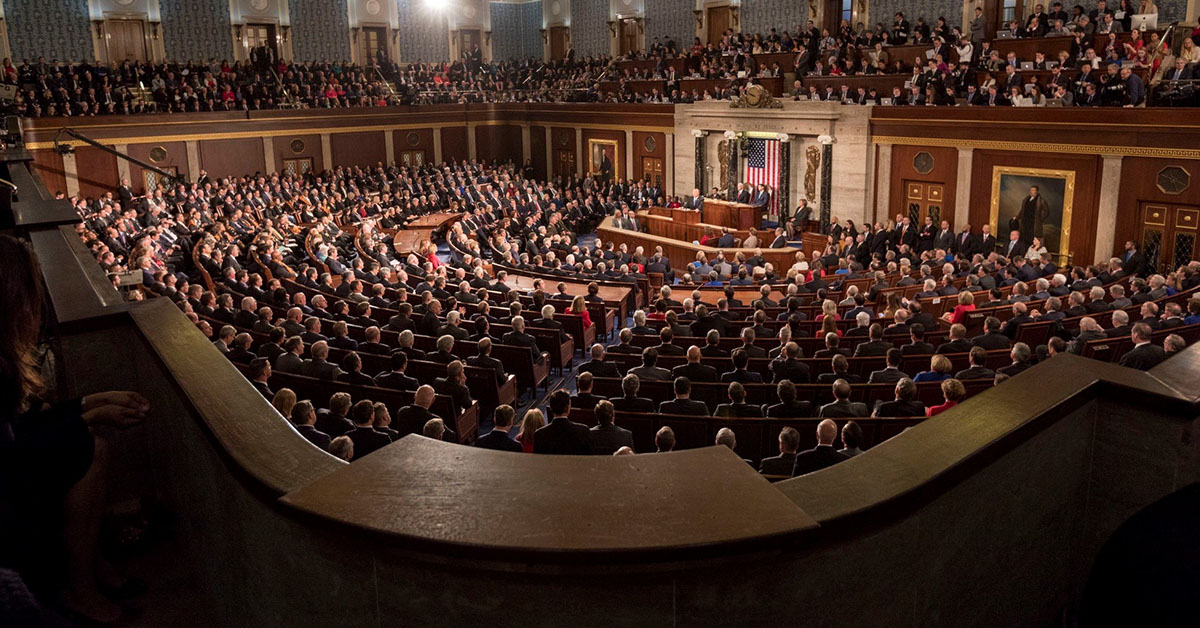 [Congress] is flexing its muscles by using the power of the purse, lawmaking and, most visibly, oversight

Last year, conservative commentator George Will accused congressional leaders of “leaving dormant the powers in their institution” because they lacked any “higher ambition than to placate the president.” Indeed, for the first two years of President Donald Trump’s term of office, Congress was disengaged, largely following his national security policy preferences. Will controversially urged Republicans to vote for Democrats to revitalize the legislative branch. Events in the first session of the 116th Congress, which began in January 2019 and is now halfway over, suggest that a different relationship among the branches is emerging.

Nearly twenty years ago, political scientists James Scott and Ralph Carter proposed four models for congressional assertiveness (or lack thereof) in US foreign policy. Congress can compete with the president, challenging the chief executive for foreign policy primacy. Congress can also be a supportive institution, working with the president to attain foreign policy aims during a period of foreign policy consensus. The 115th Congress conformed to the third model, the “Disengaged Congress,” in which the legislature is inactive and deferential on foreign policy. But all indications are that Congress is transitioning to what Scott and Carter described as a “Strategic Congress,” willing to assert its prerogatives when it is interested in particular national security policy issues.

As Will predicted, the outcome of the 2018 mid-term elections partially account for this change. Democrats regaining control of the House of Representatives helped precipitate this transition. With the change in committee chairs and the Democratic majority largely opposed to President Trump’s policy agenda, at home and abroad, an active and assertive chamber was likely to occur. This result is readily evident as the House uses its legislative powers to achieve its national security priorities. It is flexing its muscles by using the power of the purse (budget and appropriations), lawmaking, and most visibly, oversight, through hearings and the subpoena power.

Harnessing the oversight power is not without its challenges. Speaker Nancy Pelosi and the rest of the Democratic leadership confront a Trump administration willing to defy Congress and deny its requests for information. The Democrats are learning how to maneuver in this political environment, but it has taken them awhile to get their footing. Being out of power for eight years, bringing in a large freshman class of inexperienced lawmakers, and having to rely on the smaller number of veteran staff members they had while in the minority, all have contributed to a lack of institutional knowledge and expertise. By one account, only three House Democrats have chaired committees previously, and eighteen House freshmen, some of who have never served in government, are now subcommittee chairs. To overcome this deficit of experience, a group of former senior Democratic staff members have established the non-profit organization “Co-Equal.” As the name implies, it will assist Congress, members and staff, to reassert its constitutional powers as a co-equal branch. However, it takes time to rebuild expertise.

Speaker Pelosi has also learned recently that she needs to handle her restive caucus deftly. While the media have paid attention to the newly elected progressives, two dozen moderates are proving to be a potent force. The latter demonstrated their power in June when liberals could not insert stringent conditions into a bill on emergency border security funding. The centrist Democrats, who represent predominantly Republican-leaning districts, wielded their influence effectively. They forced Pelosi to bring up the Senate’s bipartisan bill for a vote instead. It easily passed the House despite drawing the fierce, fratricidal social media ire of the higher profile progressives.

A cooperative Congress is obviously not in place. The Democratic committee chairs of the House Foreign Affairs, Intelligence and Armed Services have clashed with the executive branch over defense funding, arms control and nuclear weapons strategy, but they have also found opportunities for cooperating with the Republican ranking members on these committees.

Bipartisanship still occurs in the House Armed Services Committee when it counts. In May, Chairman Adam Smith (D-WA) and Ranking Member Mac Thornberry (R-TX) denounced the Defense Department for hampering congressional oversight when the acting secretary of defense outlined a new process regarding requests for access to operational plans and orders. The two leaders believed the new policy guidance “would dramatically limit the Congress’ ability to execute our constitutional prerogatives.” They vowed to address the issue in the National Defense Authorization Act.

More significantly, it is the Republican-controlled Senate where telltale signs of congressional assertiveness are developing. Four instances hint at its early stages.

The Senate Select Committee on Intelligence’s Russian investigation that Chairman Richard Burr (R-NC) and Vice Chairman Mark Warner (D-VA) are undertaking is a good example of cooperation across party lines. The committee’s bipartisanship results, to a degree, from the committee’s structure, jurisdiction, and law, which promote bipartisanship and rigorous oversight. Nevertheless, Burr has been willing to chart his own course. His subpoena of Donald Trump, Jr., to answer questions about his 2017 testimony before the panel for a second time is a significant example. For this act of oversight, Burr found himself a target of White House displeasure. Yet, he did not back down.

In June, the Senate passed resolutions disapproving proposed arms sales to Saudi Arabia despite the president’s promise to veto such a measure. The vote was close and fell far short of what was necessary to override the president’s subsequent veto despite having bipartisan sponsorship. Nonetheless, Foreign Relations Committee members from both parties are keen to make it more difficult for the administration to sell weapons to Saudi Arabia. Subsequently, the committee approved bipartisan legislation, the Saudi Arabia False Emergencies Act. It limits the president’s ability to waive congressional approval of proposed arms sales by invoking an “emergency,” as the administration did in the case of Saudi Arabia arms sales.

Iran policy is a third contentious issue between Republican senators and the administration. The Senate voted down, 50-40, a bipartisan measure that would have required the president to obtain Congress’s authorization before attacking Iran. Despite the outcome, two points are noteworthy. First, clearly a few Republicans want to rein in presidential war powers. Second, the vote was kept open on the Senate floor so Democratic senators involved in the presidential debates could vote on the measure—a highly unusual event. Democrats had the upper hand, threatening to filibuster the defense bill if the vote was not kept open. Leader Mitch McConnell agreed because he wanted a vote on the bill before the July 4th recess.

Lastly, the Senate vote on the 2020 National Defense Authorization bill, a $750 billion budget, was overwhelmingly bipartisan, 86-8. Armed Services Committee Chairman Jim Inhofe (R-OK) set the tone in April when he pledged his commitment to “maintaining the Committee’s tradition of strong bipartisan support” of the military. Ranking Member Jack Reed (D-RI) confirmed it would be a collaborative effort. The committee voted 25-2 to bring the bill to the floor.

Defense remains one of the few issues with bipartisan support in Congress. However, earlier this month there was a potential collision was looming in even this area. Not between the two chambers with their different versions of legislation, but because of a Trump administration proposal for a one-year continuing resolution for fiscal year 2020. Sixteen Republican senators found this unacceptable and warned against it because it would derail improvements in military readiness and modernization.

All this is not to suggest that partisanship can be dismissed as a factor, which Scott and Carter point out still exists when the two branches are controlled by different parties. The political middle is hollowed out and party leaders dominate the legislative agenda in both chambers. Foreign and domestic political contexts matter. Yet, consensus and successful coalitions can form when a critical policy issue surfaces. Other than the Democrats now controlling the House, what might account for a more assertive Congress?

It is true that a policy consensus regarding America’s role in the world does not exist, as it did in the Cold War. Consequently, it takes longer to bridge the policy gap between the parties and for members to find common ground. Even so, a simple fact endures. As a recent CSIS study concludes: Congress remains an institution biased toward preserving U.S. global leadership and the liberal international order.

Photo: View of the 2018 State of the Union address to Congress