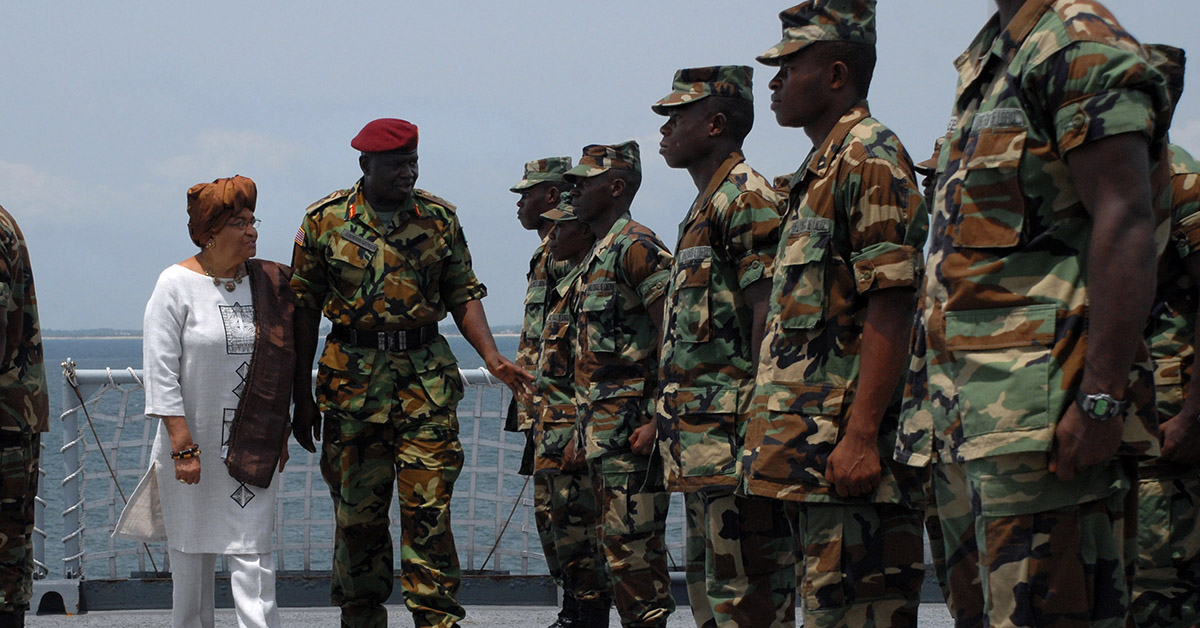 A lot of neighbors in our subregion were skeptical of Liberia, so after the new Armed Forces of Liberia were formed, they were watching carefully. The story is different now.

The western African nation of Liberia underwent a period of significant unrest and violent beginning with a military coup in 1980 and culminated with a very bloody civil war in 2003, which saw the ouster and exile of an autocratic leader. Under watch of the United Nations Mission to Liberia, the nation successfully transitioned to democratic rule, signified by the free and fair election of President Ellen Johnson-Sirleaf in 2005. In the years that followed, the U.S. assisted in the demobilization of the old Armed Forces of Liberia (AFL) and the establishment of a new AFL, operating under civilian rule, by 2010.

So what has transpired since? Is the new AFL operating as a professional force similar to the U.S.? To what extent does it contribute to enduring peace in Liberia at home and to international peace efforts elsewhere? These and many other topics are explored in this special episode where we welcome Lieutenant Colonel Roland Murphy of the Liberian Armed Forces who provides an insiders’ view of the AFL’s professionalization. These may inform future U.S. efforts to build partner capacity in other nations. U.S. Army War College Director of African Studies Chris Wyatt moderates.