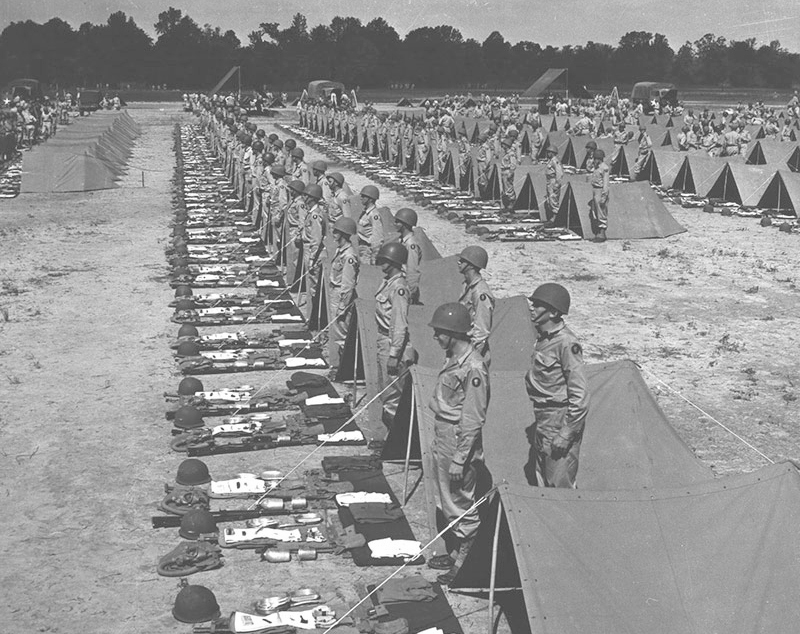 Process and organization are merely the context within which the real, human, work of leadership occurs.

West Point was the first U.S. school to offer instruction in civil engineering. West Point’s influence over the Army is debatable, but it certainly seeks to influence our young leaders. Graduates have and do make up our core cadre. West Point aside, militaries inherently systematize human relationships in an engineer-friendly way. As a result, we soldiers find ourselves in an organization shaped by engineer culture. If we accept this premise, understanding engineer culture can help us better understand our Army, help us better understand organizational blind spots, and help us to improve.

The U.S. Army’s ability to leverage technical expertise and procedural rigor has undoubtedly been a source of strength. Like the Romans, replacing fleeting individual talent with systems and processes has driven American battlefield success.  In some ways, the Army has transcended its origins as an engineer organization. It has much to teach about motivating people and getting them to work together. For skilled military leaders, process and organization are merely the context within which the real, human, work of leadership occurs. Lessons from the military often reflect best practices. The Army can adapt; necessity can drive innovation and lead to the adoption of novel approaches from outside the organization’s comfort zone.

That said, the engineering mindset is a pervasive thing and has drawbacks. The quirks of engineers are well known, at least in caricature: a heavy reliance on checklists and formal processes, awkwardness in inter-personal relationships, poor fashion choices, and an overwhelming desire to fix someone else’s problem. Caricatures involve exaggeration, but often contain a kernel of truth. In many ways, these characteristics define our Army and we have not yet moved beyond them.

Situations in which parameters radically change (and we fall back onto using combat processes for non-combat activities), or when they don’t change at all (and we become mired in needless, repetitive refinement of existing processes), cause us institutional heartburn. The “honesty gap”—an Army shortcoming that occurs when real-world requirements run into a mandatory, but inapplicable process—may fairly be attributed to our obsession with process. Dishonesty becomes a rational, if unethical, response and we are shocked when these contradictory imperatives come into conflict.

There have been excellent discussions of these institutional shortcomings. We have not seen a discussion of their origin: engineer culture. If it is necessary to oversimplify the many engineering sub-disciplines and personality types to make the point, hopefully those readers with more detailed knowledge of engineers and engineering will be forgiving.

“Engineers hate risk. They try to eliminate it whenever they can. This is understandable, given that when an engineer makes one little mistake, the media will treat it like it’s a big deal or something. Examples of Bad Press for Engineers: Hindenberg, Space Shuttle Challenger, SPANet(tm), Hubble space telescope, Apollo 13, Titanic, Ford Pinto, Corvair.” – Scott Adams, The Dilbert Principle

Combat is risky and the Army accepts risk as part of its doctrine. But the organization is also remarkably risk-averse. Institutional aversion to risk is a well-understood problem.

The History of National Council of Examiners for Engineering and Surveying, 1920-2004 tells us that “for engineers, licensure tended to focus on the safety of the built environment.” For example, in Canada, the ring that symbolizes the profession and the ceremony in which it is awarded is based on the catastrophic failure of bridge in the early 1900s. Canadian engineers swear an oath that reflects each engineer’s professional responsibility to minimize risk. The lesson: shortcomings in professional rigor can lead to catastrophic failure.

The aversion to risk is useful when designing a bridge to stand in place for 100 years, but manifestly less so when deciding how to build unit morale or how to best establish working relations with a culturally diverse group of allies. Across our organization, organizing a social event or shaking hands and drinking tea with allies now requires formal permissions and complex tracking. Instead of promoting initiative, existing incentives encourage inaction.

Army doctrine tells us to accept prudent risk in weighing courses of action. Prudent risk is “when the commander judges the outcome in terms of mission accomplishment as worth the cost”. Unfortunately, our engineer culture often tells us that prudent risk equals no risk at all.

“To the engineer, all matter in the universe can be placed into one of two categories: (1) things that need to be fixed, and (2) things that will need to be fixed after you’ve had a few minutes to play with them. Engineers like to solve problems. If there are no problems handily available, they will create their own problems.” – Scott Adams, The Dilbert Principle

A belief in continuous improvement is an American strength. When taken too far, however, the result can be unhelpful; endless process changes yielding little benefit or a focus on changes that appear useful but are counter-productive.

Like Mutually Assured Destruction, Effects Based Operations was an Air Force concept that attempted to jettison well understood principles of warfare in favor of a new, and ultimately faulty, paradigm.   In our Army, soldiers saw this characteristic of engineer culture reflected in endless discussions regarding uniform changes, doctrinal shifts that occurred faster than the manuals could be published, and changes to organizational structure that seem designed to avoid tackling underlying issues rather than addressing them.

A commitment to process

All the metrics in the world will not transform a stalemate into victory. The Afghan campaign has showcased how better data and better metrics do not necessarily lead to a qualitatively better result. Metrics do not preclude a good result, but they focus efforts on achieving the thing that is measured rather than focusing on achieving real victory.

The underlying (and false) premise … is that if we only adopted a better process, we would be more successful at solving our problems. Not so.

The Army exists within a U.S. military that is obsessed with process. Given that the Department of Defense’s roots are at least 50% Army, this should not come as a surprise. Just try making a call on the Defense Department’s telephone system if you do not believe me.

Another example with which all service members will be familiar is the Defense Travel System. A product of the 1995 Task Force to Reengineer Travel, no doubt DTS has reduced travel fraud. But the cost in lost time, frustration, and degraded mission accomplishment of forcing such a procedurally dense and user-unfriendly system down the throats of the service members may defy all measurement. It certainly creates a bias against travel. It likely has a negative effect on retention. This commitment to process can combine with risk aversion to create comically Kafka-esque results.

Soldiers also suffer from a plethora of Army-specific tortures: online management tools, portals, and systems too numerous to list here. Each is designed to streamline and centralize an enormously complex enterprise. In reality, each faithfully reproduces the soul-crushing characteristics of DTS in some way, large or small.

“‘Normal’ people expect to accomplish several unrealistic things from social interaction: stimulating and thought-provoking conversation, important social contacts, [and] a feeling of connectedness with other humans. In contrast to ‘normal’ people, engineers have rational objectives for social interactions: get it over with as soon as possible, avoid getting invited to something unpleasant, [and] demonstrate mental superiority and mastery of all subjects.” – Scott Adams, The Dilbert Principle

The Army does not do cross-cultural collaboration well. It is difficult to reduce human relationships and factors to quantitative metrics. Engineer humor shows up supposed difficulties engineers have relating to other humans (see, in this regard, any discussion of engineers trying to get a date). Any Army officer involved in the modern counterinsurgency fight will have experience with a unit who reported interactions with locals simply by the number of meetings—more meetings are better—without including any assessment of the quality of the human relationships they were designed to enhance.

Army subcultures do better with this. Special forces, whose mission set includes training foreign insurgents, learn native languages and adopt local grooming styles. Even when the mainstream Army does try to “go native” we often get this wrong. For example, foreign area officers go to the Middle East speaking “Modern Standard Arabic”, a language which does not exist and is not spoken in the countries where these officers are posted. The Human Terrain System (2007-2014) essentially provided engineers with cultural translators to explain human interactions. The “By, With, and Through” construct underpinning operations in the Central Command area of operations represents our sub-contracting the cultural complexity of the battlefield in exchange for the relatively less complex cultural problem of training and advising allied partner forces.

When describing the difference between paradigm-challenging scientists and the technically competent engineers, it has been observed that “one prefers the unknown, the other can’t stand it.”

Army Design Methodology is the Army’s premiere attempt to create a process surrounding deep thought and the wider context in which military action takes place. Army Technical Publication 5-01 says, “Design thinking in Army doctrine resulted from a recognition that commanders and staffs had difficulty understanding complex situations.” Sadly, the Army’s solution to promote outside of the box thinking was…to build another, grander box.  Design represents a failure to fundamentally understand big thinking in favor of a “creativity checklist” to be applied by technicians.

The latest fad adopted by Army thinkers to try and explain why we can’t simply engineer our way out of complex problems is inspired by Ronald Heifetz and his “technical problems” (problems we know how to solve based on our experiences) versus “adaptive problems” (problems that we do not know how to solve based on our experience and have to think about first). Calls to adopt “adaptive leadership” are nothing more than a dressed-up appeal to think critically about problems and challenge assumptions.

Like Design, the underlying (and false) premise of “adaptive leadership” is that if we only adopted a better process, we would be more successful at solving our problems. Not so. We can articulate the importance of adaptation, innovation, and continuous learning all we want, but how do we get the organization to walk the walk instead of (ineffectively) talking the talk?

It is not a competition. The intent here is not to prefer “blue sky” thought over process-oriented thinking; both are valuable. Understanding our bias towards process-driven thought is the first step towards reaping the benefits of more balance. Understanding that Army monoculture flows from our engineer heritage is the key to ensuring our Army’s success in a more complex, more uncertain, and more partnership-focused environment.

Next steps? Ensure that “blue sky” thinkers make it into leadership positions at the top of the organization. Pair a process-thinker with a blue sky thinker on command teams and planning staffs. Tolerating the “divergent thinker” or incorporating a constrained, but Army-approved, version of red teaming into the planning process are small, useful steps. An effort to recruit and retain soldiers with different intellectual backgrounds (anthropology, geography, economics, political science) might be the only structural solution.

Diversity of thought in the Army happens naturally in wartime when the number of Americans in uniform grows. Ensuring more variation in the Army monoculture of thought may need to be more of a deliberate effort in a smaller, peacetime military where non-conformity can lead to dismissal. Because the pressure to conform for job security reasons is much less intense, the National Guard has a proportionally larger share of these divergent thinkers than the active component. Can we leverage that talent pool in some new way to productively dilute the monoculture?

I do know one thing: another checklist probably won’t do the trick.