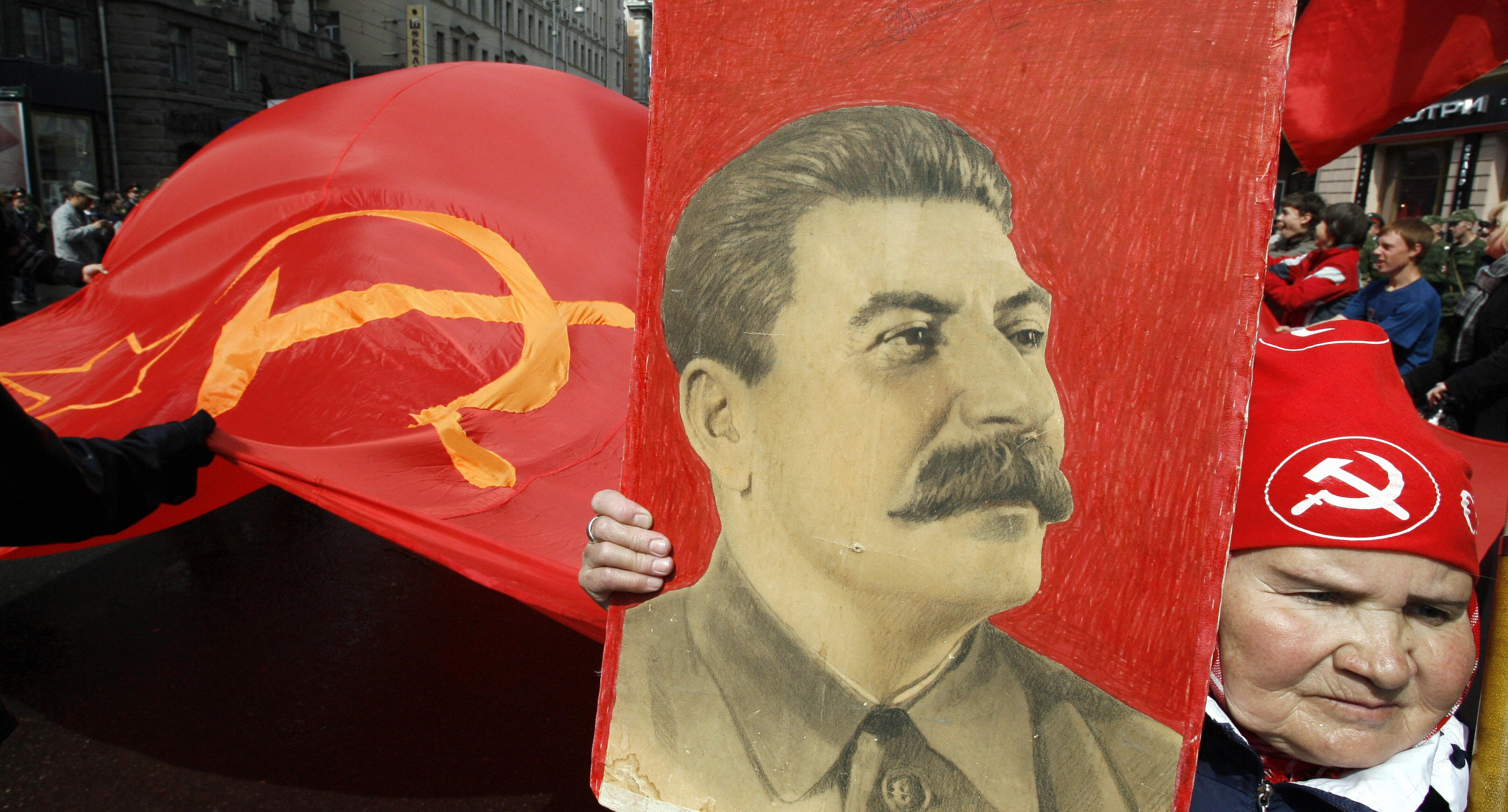 The dissolution of the Soviet Union did not mean the end of active measures. Allegations of Russian attempts to influence the 2016 U.S. Presidential election should serve as a wake-up call.

On July 16, 1983, a pro-Soviet Indian newspaper, Patriot, ran the headline “AIDS may invade India: Mystery disease caused by US experiments,” based on a letter to the editor it received from an anonymous American scientist. The letter, planted in the newspaper by the Komitet gosudarstvennoy bezopasnosti (KGB), was the beginning of a large Soviet disinformation campaign claiming the US Military created the AIDS virus and released it as a weapon. The story did not get much attention until October 1985, when the official Soviet cultural weekly, Literaturnaya Gazeta, quoted the Patriot article, lending more credence to the story. The disinformation campaign gathered momentum. By the end of 1985, similar articles were published in 13 countries. In 1986 it reached 50 countries, including many in the West. By July 1987, the story had been published over 40 times in official Soviet press and was reprinted or rebroadcast in 80 countries in over 30 different languages. Only after the U.S. government’s Interagency Active Measures Working Group (AMWG) published factual evidence countering the Soviet disinformation did the Soviets finally agree to stop promoting these falsehoods in October 1987.

Although the idea that AIDS was a U.S. military weapon seems ridiculous now, it serves as an example of the ability of unchecked disinformation to spread. In the pre-internet world of the AIDS disinformation campaign, it took a little over two years for the false story to “go viral.” In today’s media environment, it can take just a day, making disinformation a very attractive low-risk strategy for adversaries.

During the Cold War, the Soviet Union successfully employed what it called active measures — the integration of disinformation, propaganda, assassinations, political repression and other activities to undermine popular support for governments. According to a 1987 State Department report, “[T]he goal of active measures is to influence opinions and/or actions of individuals, governments and/or publics.” Importantly, the Soviet Union did not differentiate between “overt propaganda [and] covert action, or between diplomacy and political violence.”

The Active Measures Working Group was formed in 1981 to counter Soviet disinformation. It was an interagency activity that included members of the State Department, Department of Defense (DOD), Defense Intelligence Agency (DIA), Central Intelligence Agency (CIA), Department of Justice, Federal Bureau of Investigations (FBI), U.S. Information Agency (U.S.IA) and the Arms, Control and Disarmament Agency (now part of the Department of State). Its mission was to identify and expose Soviet disinformation, which it accomplished using a report – analyze – publicize methodology. They “received and combined reports from U.S.IA posts around the world, the CIA, and FBI investigations,” which the respective agencies would analyze and then come together as an interagency group to determine what they could and could not effectively counter. The resulting unclassified reports on Soviet disinformation were circulated throughout the interagency and to the press. It was one of these reports in 1987 that forced the Soviet Union to disavow the allegations against the U.S. inventing the AIDS virus.

The success of the AMWG in the 1980s provides some important lessons for the modern-day context. One was a commitment to a very narrow mission — exposing “disinformation (outright lies) rather than propaganda (persuasion).” Additionally, the AMWG focused on countering disinformation campaigns that could be “exposed in a compelling way with unclassified or declassified information.” This was not always easy because the FBI, CIA and DIA had a responsibility to protect their sources and methods. Persistence, accuracy, trustworthiness, credibility were all hallmarks of the AMWG’s work.

Moreover, the working group recognized that using arguments focused on countering Soviet ideology could hinge on an individual’s political beliefs, therefore they worked to expose Soviet lies and not directly attack the underlying Soviet ideology. Where is the U.S. Government’s Active Measures Working Group now? It was disbanded in 1992, and never replaced.

Herbert Romerstein, the working group’s longest serving member, summed up the dismantling of the AMWG, “Without counterpropaganda, we’ve unilaterally disarmed.” Consequently, the U.S. presently lacks the capability to counter active measures and sustain trust in media sources. The dissolution of the Soviet Union did not mean the end of active measures. Allegations of Russian attempts to influence the 2016 U.S. Presidential election should serve as a wake-up call.

The United States is investigating Russian disinformation efforts during the 2016 presidential election campaign. The alleged hacking of Democratic National Committee emails by Russian-backed hackers is well known. This selective release of private information was a combination of political espionage and sabotage. But another, perhaps more insidious, aspect of Russia’s purported activities is classic disinformation: spreading actually false information in attempts to shape the political narrative, while undermining the credibility of legitimate sources. Shortly after the election, various news outlets highlighted allegations by several groups that “a Russian propaganda effort had helped spread these ‘fake news’ stories to hurt Democrat Hillary Clinton’s chances in the 2016 presidential election.” Commentators have argued over whether Putin’s “aim [was] to discredit the U.S. election process,” or merely “sowing distrust” of all media in the U.S. Regardless of whether the operations favored one candidate over another, or if the purpose was simply to disrupt and discredit the U.S. electoral process, it is a problem. The U.S. Government must change the way it counters Russian information operations campaigns, specifically propaganda and disinformation.

The U.S. government has no coherent reply when adversaries direct active measures against the U.S. population. Russia exploits seams and gaps in the U.S. bureaucracy to prevent the U.S. from properly identifying and exposing disinformation and propaganda. Which agency has the responsibility to lead the national response?

Currently there is no credible whole-of-government approach. The U.S. geographic combatant commands, especially U.S. European Command, are working to combat Russian disinformation and propaganda campaigns focused on our North Atlantic Treaty Organization allies. However, this highlights one of the principle problems of the U.S. government in tackling this problem — the lack of a global approach. Instead, the U.S. government is currently fighting this problem one geographic region at a time.

The U.S. government must develop a capability that prevents such propaganda and disinformation attacks from slipping under the radar and going unnoticed or unanswered. The U.S. was founded on the principles of life, liberty and the pursuit of happiness and prides itself on the freedom of speech. However, it is this freedom of speech that the Russians and other adversaries of the U.S. are exploiting. Once again, Herbert Romerstein succinctly summed up this point by stating, “[The U.S.] democracy need not let its institutions serve as delivery systems for enemy propaganda. As it has in the past, the U.S. and its allies can neutralize the threat through counterpropaganda.”

The U.S. government has no coherent reply when adversaries direct active measures against the U.S. population. Russia exploits seams and gaps in the U.S. bureaucracy to prevent the U.S. from properly identifying and exposing disinformation and propaganda. Which agency has the responsibility to lead the national response? Is it the FBI, U.S. Northern Command, DoS, the CIA, Department of Homeland Security or some other federal agency? The answer right now is “it depends.” It depends on a myriad of circumstances: was a law broken, was someone slandered, was the information sent over a computer network, was a foreign agent directly involved, etc.?

Fortunately, the U.S. Congress is aware of the growing efforts of Russian propaganda and disinformation campaigns and passed a provision in the Fiscal Year 2017 National Defense Authorization Act (FY17 NDAA) directing that the Department of State (DoS), in conjunction with the Department of Defense (DOD), establish an element within the State Department’s Global Engagement Center (GEC) that would be responsible for counter-disinformation and counter-propaganda efforts. As with anything of this nature, the devil is in the details. Although the expanded mission of the GEC to counter foreign propaganda and disinformation campaigns is now law, actually making the change within the GEC will be difficult. Grafting the AMWG model into the current situation may not work because of several factors, each of which requires a thoughtful approach.

First, the U.S. public may have concerns that the new AMWG may violate freedom of speech. After all, how does the U.S. government determine when something is disinformation or propaganda. Once that determination is made, how does the government discriminate between ordinary U.S. citizens expressing their right to free speech and a foreign government trying to influence the American public.  Fighting lies with lies is unlikely to work in the U.S. system, in which a free press is constantly (and appropriately) auditing the claims of the government. It must be clear what the GEC can and cannot do. The language in the law specifically states that the GEC will be set up to “recognize, understand, expose, and counter foreign state and non-state propaganda and disinformation efforts aimed at undermining United States national security interests.” When communicating the change, U.S. leaders must continuously remind the public of the impact (real or perceived) that propaganda and disinformation had in the November 2016 election.

Second, the creation of an AMWG-like element in the GEC may simply create a new bureaucratic bottleneck. The tendency of large organizations to seek to improve themselves through bureaucratic growth is notorious, and often counterproductive. However, this concern does not accurately account for the dysfunctions of the current environment regarding information operations in the U.S.G. Currently, in order to execute any significant information operations campaign, planners must gain approval at the Undersecretary of Defense level or higher, especially in cases regarding counter-terrorism. This new element in the GEC will be able to approve broad themes and messages, but it must also empower and enable elements at the lower levels to act quickly and independently within those themes and messages. This should make things much more efficient.

Third, success depends heavily on the legitimacy granted personally by the President. If the President does not believe in or support this change effort, then he could easily undermine it through the selection process for the GEC’s lead. The legitimacy that President Reagan conferred in his choice of leadership was a critical factor in making the original AMWG a success.

Implementing a newer, updated version of the AMWG will not be easy. It will encounter significant resistance. However, the current environment and crisis created in the aftermath of the 2016 Presidential election should serve as the catalyst for the change effort to take place.

A character in the 1995 movie The Usual Suspects says, “[T]he greatest trick the devil ever pulled was convincing the world he didn’t exist.” This statement perfectly encapsulates the danger of the unrecognized problem. The American public and many members of the government remained oblivious to Russian active measures prior to the 2016 U.S. presidential election. The perception of political success has brought Russia back to being the center of U.S. attention. The two things the U.S. is missing in combating disinformation is the awareness that it is happening, and a strategy to combat it. The U.S. is combating disinformation in a piecemeal fashion, and needs a better coordinated and focused campaign to be effective in the future. Disinformation and propaganda are permanent features in the communication landscape. The U.S. must be fully prepared to engage in it.