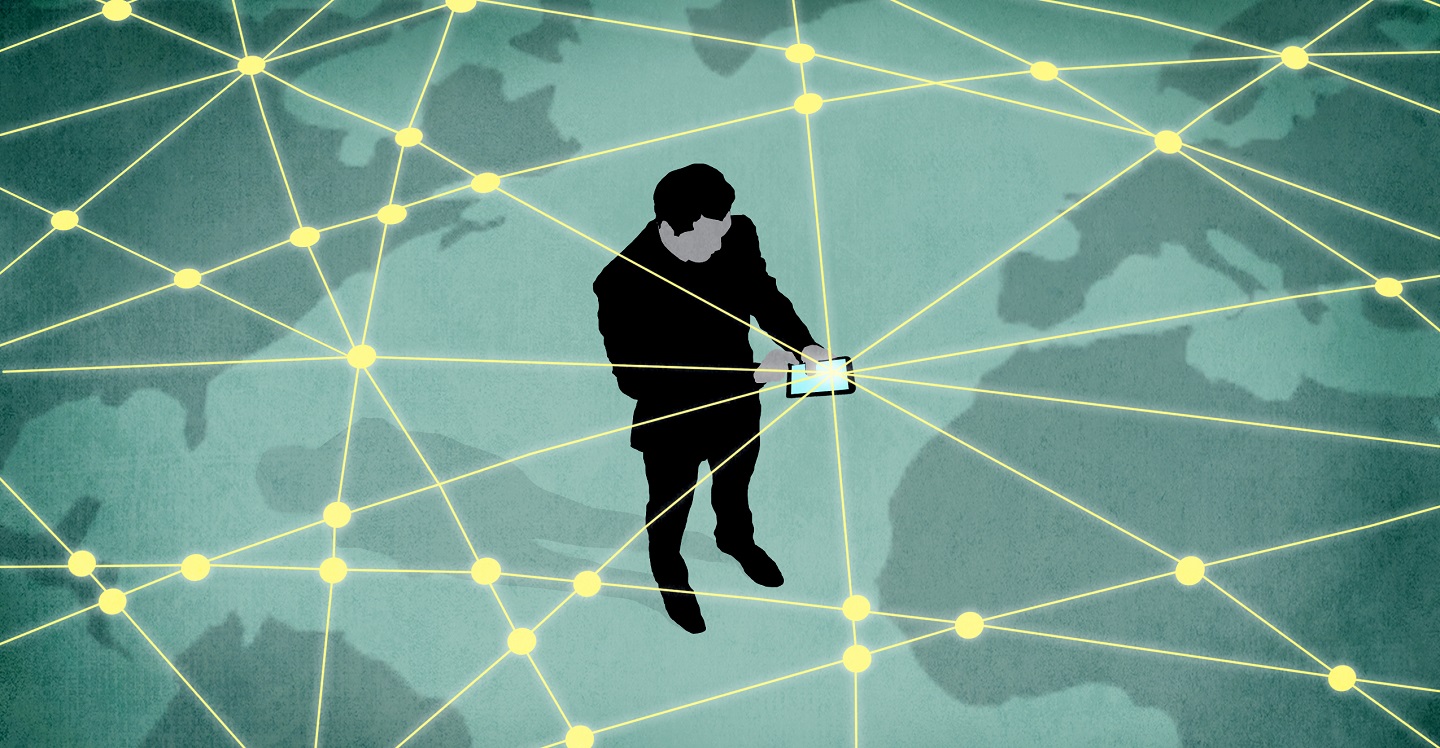 Despite facing innovative, global rivals, the U.S. military remains a downward-directed, personality-driven organization – one that lacks the flexibility it needs to meet current threats.

The word “military” conjures images of rifle-bearing soldiers being yelled at by angry, loud, older leaders, imposing their proverbial ‘my way or the highway’ versions of order. Unfortunately, such images can now be scaled, metaphorically, to the strategic level, for understanding how the entire U.S. military operates. Despite facing innovative, global rivals, the U.S. military remains a downward-directed, personality-driven organization – one that lacks the flexibility it needs to meet current threats. Instead, it sticks to an “if it ain’t broke, don’t fix it” mindset that stifles progress and innovation.

Inflexible and toxic mentalities disempower U.S. military members with great ideas from contributing to America’s “fight” against strategic competitors. This is quite ironic, given that the United States’ top competitor, the People’s Republic of China (PRC), is communist in theory – a system not known for its flexibility. Yet, China is beating the United States in the short-term “battle” for global influence by using unconventional methods to carry out its strategy. If the United States hopes to win a long-term “war,” it must grant its armed forces greater flexibility across at least three critical realms discussed in this series: understanding emerging conflict domains, talent management, and pursuing authorities and permissions.

The PRC is arguably America’s most powerful strategic competitor. America and China contest each other on nearly every front, from global peacemaking to economic growth. Though Russia competes with U.S. interests in specific areas, such as the Middle East and Africa, China outperforms Russia as a U.S. competitor on a global level, and China’s economy far outpaces Russia’s, with the difference projected to widen by 2040. In this light, U.S. military priorities must focus on winning the competitive “war” against the PRC; however, past approaches may hinder present success.

During America’s Global War on Terror (GWOT), an adept U.S. military operated in traditional land, sea, and air domains. Those conflicts battle-tested forces with favorable results — even if, in some regions, American forces owned critical battlespaces by default, whenever an enemy forfeited a given domain (such as air) by not engaging in it. Such experiences may have led to a one-dimensional view of warfare, with the U.S. military solely focused on eliminating enemy forces. This type of strategy will not work in the current competitive dynamic with the PRC, yet many senior leaders cling to memories and biases from GWOT-era conflicts.

GWOT actions offered a form of instant gratification, with relatively short-term effects. This is what has made it hard for GWOT leaders to understand the holistic, long-term approaches the U.S. now needs to take, to face the PRC in several complex, emergent conflict domains, such as energy, telecommunications, and cyber — domains the U.S. military does not yet fully understand, but needs to.

The PRC’s one-party governance system gives it control of mainland China’s instruments of power, to include diplomatic, informational, military, and economic ones. This allows the PRC to coordinate holistic strategies in competition against the United States. For example, the PRC uses the so-called “Shekou” or “port, park, city” model to extend China’s global footprint. This typically involves a PRC bank-funded loan to a developing country to build a port. Establishment of a business park follows, occupied largely by PRC state-owned enterprises, which take advantage of special economic zones (SEZs). Such parks gradually transform into cities, which can serve as strategic resources during a conflict.

The definition of conflict and its associated domains has shifted in the last two decades. Once primarily military-focused, conflict domains now encompass other, typically civilian-oriented sectors. As such, the U.S. military must deepen its understanding of the critically important emerging domains, including energy, telecommunications, and cyber. Though understanding has progressed somewhat, structural and cognitive inflexibility still prevents the U.S. Armed Forces from fully embracing these domains as fields of potential military conflict — even though the PRC’s global operations increasingly necessitate this. Each domain has its own challenges to consider.

The PRC’s strategic emphasis on sustainable resources has made it a dominating global presence in the solar, hydropower, and wind sectors. Some estimates say China manufactures approximately 70% of the world’s solar panels, for example. Hydroelectricity is another one of the PRC’s largest renewable energy sources, accounting for roughly 20% of its total electricity generation. It has over 80,000 dams, more than the United States, Canada, and Brazil combined. As for wind, China has the world’s largest installed capacity to generate wind power, along with its immense soft power potential. With renewable energy being a primary resource concern for most developing nations, China’s willingness to fund energy infrastructure projects in them and to share certain technologies with its partners wins it immense popularity worldwide.

To compete with the PRC, the U.S. Armed Forces must likewise look at spreading energy infrastructure to developing countries as part of a long-term military strategy. This could help the United States establish its own long-term relationships abroad. Technology transfers from such relationships could contribute immensely to ensuring a more environmentally friendly future — a benefit for the global community. A focus on energy as a conflict domain would help redefine America’s military strategy to compete with the PRC.

Civil-military cooperation in the energy sector is not unprecedented. One notable example of this can be found in the Atomic Energy Act of 1946, also known as the McMahon Act. While initially concerned with how the United States would control and manage its newly-developed nuclear technology, a 1958 amendment to the Act allowed the United States to resume a relationship with the United Kingdom in this sector, through information sharing. This furthered development of the British nuclear energy industry.

The U.S. military has been a historical leader in global energy innovation, with the Power Africa initiative being a prime example of this effort. With key stakeholders, to include the U.S. Army Corps of Engineers and the Department of Energy, Power Africa partnerships generated over 11,000 MW of energy in 2019 alone, with heavy emphasis on sustainable energy sources such as solar and hydropower.

Recent measures may signal increased awareness of the military’s role in the energy domain. For example, 2009 saw the creation of a Marine Corps Expeditionary Energy Office. In 2010, the Departments of Energy and Defense signed a memorandum of understanding for securing and enhancing national energy resources, and in 2014, the Army established the Office of Energy Initiatives to improve its installations’ energy capacities. However, all of these are primarily internal in nature and do not fully recognize energy as a conflict domain. Other emerging conflict domains’ military potential remains similarly under-utilized.

The PRC owes much of its success in dominating the telecommunications domain to its close involvement with privately-owned and traded technology companies such as Huawei and ZTE.

As it does in the energy domain, China is rapidly extending its infrastructure in telecommunications as well, most notably through its vast Belt and Road Initiative (BRI), which extends the PRC’s influence into Asia, Europe, Africa, and South America.

The PRC owes much of its success in dominating the telecommunications domain to its close involvement with privately-owned and traded technology companies such as Huawei and ZTE. These organizations allow the Chinese government strategic access to the emerging 5G market, new mobile devices, and more. The nexus between the PRC’s access to cutting-edge technologies and its ever-growing BRI reach allows China to rule the telecommunications conflict domain. Meanwhile, the U.S. military currently does not possess a short-term solution to counter the looming PRC influence in telecommunications networks and industries abroad.

The PRC’s cyber reach now spans the globe, to include purported operations in Europe and the United States. China’s immense foothold strains nascent U.S. military capabilities, which are already hampered by inflexible talent management policies and by limited cyber cooperation between the United States and its foreign partners.

PRC information operations in the cyber domain deserve special U.S. military attention, as evidenced by their role in sparking potential instability, as with the widespread anti-government protests that began in Hong Kong in 2019. There, purported PRC-supported groups exploited social media platforms to spread both disinformation and pro-PRC content, to inflame predominantly Chinese-speaking audiences. Other online tactics included portraying pro-Hong Kong independence protestors as terrorists, creating memes that targeted protestors, and criticizing pro-independence posts and commentators. Weaponizing cyber-based information platforms and methods may enable adversaries to counter or overwhelm an opponent’s messages or operations — without even firing a shot.

Recruitment and retention of cyber professionals proves especially challenging for the U.S. military. In 2019, CYBERCOM had fewer than 6,000 uniformed servicemembers and government civilians. Meanwhile, the PRC includes not only uniformed, cyber-focused service members in its cyber warriors’ ranks, but also comprises private sector individuals, who help field its offensive and defensive cyber capabilities.

Though U.S. government and military policymakers are slowly shifting their approaches to the energy, telecommunications, and cyber conflict domains, current strategies remain clouded by GWOT-era thinking. Leaders must push beyond past successes and internal inflexibility to meet future challenges. They must marshal innovation, internal collaboration, and foreign cooperation, to contest the PRC effectively in emerging conflict domains.

The United States has already ceded the advantage to the PRC in the short-term; however, if it acts quickly, America can regain lost ground and win a competitive advantage in the energy, telecommunications, and cyber conflict domains for the long-term.

Centralized planning and control already afford China clear strategic advantages against the United States; therefore, America should stop handing the PRC a third advantage, by remaining inflexible about U.S. military innovation and change. Understanding often precedes change and it is time now for the U.S. military to understand the emerging conflict domains discussed here and to seek such change. Victory in each domain will further depend on how well the U.S. Armed Forces manage their talent and pursue the appropriate, necessary authorities and permissions for successful operations.