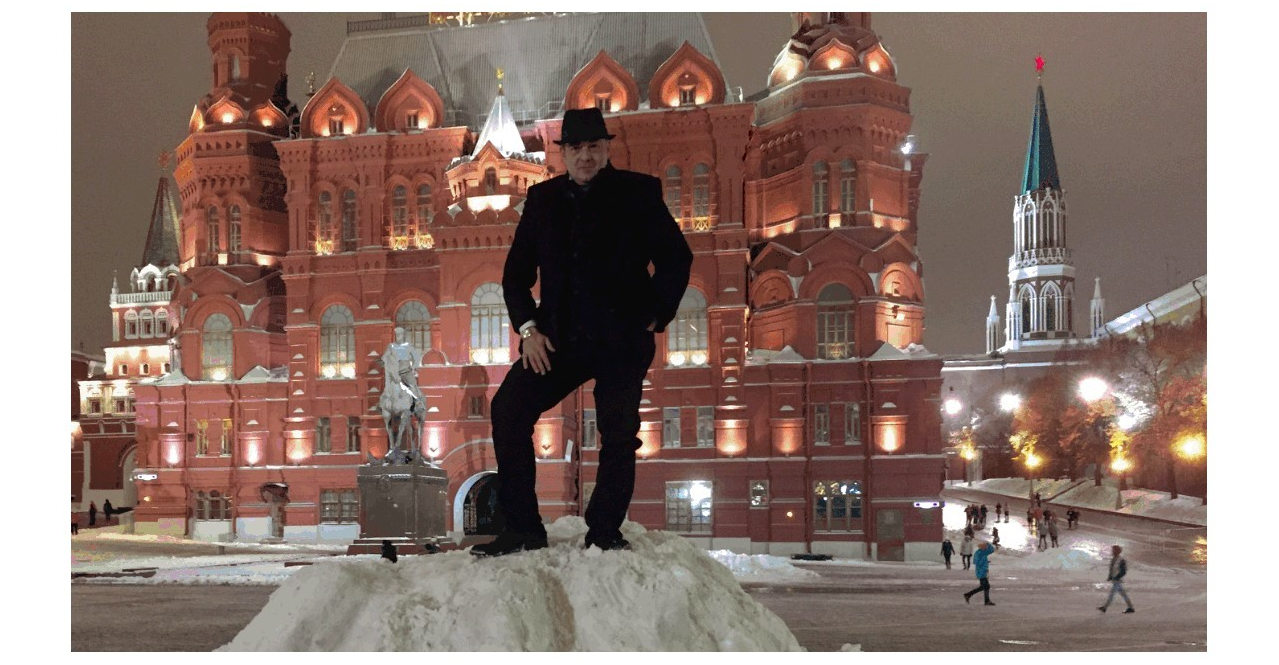 The Quds Force, however, has been incredibly adaptive in sustaining a substantial cash flow with help of the Russian Federation and the People’s Republic of China.

Despite the decapitating airstrike killing General Qasem Soleimani, head of the Iranian Republican Guard Corps-Quds Force (hereafter Quds Force), the functionality of his organization remains. This proxy network of worldwide Shia militias remains a potent political, military, and economic pillar for Tehran amid Western economic sanctions. Despite foreign pressure, the Quds Force is able to orchestrate a complicated web of backdoor international partnerships and trafficking networks. The Quds business model provides a case study in how a hostile actor, like Iran, is able to avoid financial ruin and remain politically viable in the face of punitive global action.

Since 2015, the U.S. has imposed increasingly heavy sanctions on Iran as part of a “Maximum Pressure” campaign. The Quds Force, however, has been incredibly adaptive in sustaining a substantial cash flow with help of the Russian Federation and the People’s Republic of China. Both states have helped the Iranians create a network for exchanging goods to finance terrorism on a global scale. In the case of Russia, the Quds Force exploits the current destabilization in Syria to create a black market through which the Iranian regime, working with Russian companies, provides millions of barrels of oil to the Syrian government, skirting international sanctions. The Assad regime, in turn, facilitates the movement of hundreds of millions of U.S. dollars to the Quds Force, Hezbollah, and other proxies in the region.

In addition to the funding that comes through petroleum oil revenues, the Quds Force also subsidizes its actions abroad through extensive, worldwide drug trafficking. The Quds Force has successfully set up operations in both Latin America and Central Asia. Due to U.S. sanctions, much of Iran’s economy is currently based on the smuggling and selling of illicit drugs. While the Islamic Revolutionary Guard Corps, the parent organization of the Quds Force, is the central beneficiary, control and coordination at regional border crossings by the Quds Force allows them to make tremendous profits by “taxing” illegal smuggling activity to subsidize their own organization.

A prime example of direct foreign assistance provided to the Quds Force was the Alchwiki Network. This consisted of a money laundering network run by Syrian financier Mohammad Amer Alchwiki and coordinated through his Russia-based company, Global Vision Group. Through this scheme, Promsyrioimport, a Russian state-owned energy company working with Global Vision Group, had exported millions of barrels of Iranian oil into Syria. This partnership  had also funneled millions of dollars annually between the Iranian central bank and Alchwiki’s business accounts in the Russian state-owned Mir Bank. Using an array of mechanisms designed to obstruct its activities, Global Vision Group coordinated with the National Iranian Oil Company to forward payment for oil being shipped to Syria to benefit Iranian proxies there.

Money Laundering with the Chinese

China provides a much simpler network that directly transfers funds from the Iranian central bank to dummy corporate accounts connected to Chinese state-run banks. These funds are then forwarded to the Quds Forces and their proxy groups through additional shelter corporations across the world. According to one intelligence study, the Central Bank of the Islamic Republic of Iran (CBI) holds accounts with the now sanctioned Bank of Kunlun Co. Ltd, an affiliate of the China National Petroleum Corporation. Through Quds Force-controlled Iranian companies, the Quds Force would initiate transfers from these accounts to either Chinese entities either directly controlled by or owing money to the Quds Force, such as Shenzhen Lanhao, a dummy electronic company. These funds can then be acquired across the globe by Iranian proxies.

The Quds Force has developed a reach far beyond Iran’s immediate region. According to one estimate by the United Nations Office on Drugs and Crime, the international drug market is worth some $320 billion annually. The link between a global narco- terrorism drug trades is a complex, murky nexus. Cooperation between the Quds Force and the world of organized crime is a phenomenon which, in the absence of appropriate attention and response, will continue to have deadly and strategic ramifications. Iran’s involvement in the international drug trade and the sponsorship of criminal organizations is significantly more broad than simple black-market deals for commercial products. The Quds network is expansive throughout the globe both directly and through proxies such as Hamas and Hezbollah. These networks also serve as sophisticated operational platforms for anti-Western actions such as clandestine weapons proliferation and foreign fighter deployment. The drug economy provides Tehran with access to cash that is not dependent on the demand for crude oil.

Luckily for Iran, its destabilized neighbor, Afghanistan is the world’s primary source of poppy and cannabis cultivation. Like most failed states, trafficking is linked to corruption and provides a source of illicit finance for non-state armed groups like the Taliban or Northern Alliance. The Pakistan-Afghanistan borderlands are currently the world’s top heroin producer, supplying 60 percent of U.S. demand and has been Europe’s primary heroin supplier for more than 10 years. In 2017, the U.S. formally designated General Gholamreza Baghbani as a narcotics trafficker, which allows his prosecution under US federal law. General Baghbani allowed Afghan narcotics traffickers to smuggle opiates through Iran in return for assistance in supplying the Taliban with weapons. General Baghbani has helped facilitate the smuggling of heroin precursor chemicals through the Iranian border where it is then processed and prepared for global export.

Through Hezbollah, the Iranian Quds Force can ensure provisions of material support and services to their international operatives, thanks to the complicity of local facilitators who are loyal Hezbollah supporters. Cooperation among notable cartel and narcotics traffickers is also common throughout Latin America. This has occurred specifically with the Columbian Medellin and the Mexican Los Zetas drug cartels in narcotic trafficking partnerships. This involvement in Mexico was more fully revealed in 2011, when the US authorities released an indictment filed against the Lebanese drug lord, Ayman Juma. Juma was an affiliate of the Quds Force who exposed Hezbollah’s involvement with the Los Zetas. This was a signal not only of Iran’s global reach but also of its potential to operate close to the U.S. border. However, the Quds Force’s most active area of operation outside the Middle East is in the lawless Tri-Border area of South America at the junction of Argentina, Paraguay, and Brazil. Here the Quds Force, in cooperation with Hezbollah, is able to train operatives, synthesize narcotics, and coordinate acts of terror. Cooperation with drug syndicates includes the laundering of drug money, arranging large shipments of cocaine to the United States and coordinating the retail of illicit substances as well. This narco-terrorism drug trade potentially provides billions of dollars covertly which fund the Quds Force’s proxies and operations.

In addition to the US Drug Enforcement Agency’s efforts to curb the international drug trade, President Trump has designated the Quds Force as a Foreign Terrorist Organization, and has hinted he might do the same for some of the Latin American cartels. This has substantially increased the resources directed against trafficking and crime networks by placing them within the purview of  the Defense Departments as well.

While the West is able to target individual schemes and executive facilitators, this has done little to discourage repeat offenders or a carbon copy arrangement with new company names. In response to these actions taken by foreign individuals and governments, the U.S. Department of the Treasury’s Office of Foreign Assets Control has designated specific targets for U.S. sanctions and prohibited material support to the governments of Syria and Iran. This includes critical shipments of oil to the Syrian government and direct support for designated terrorist groups. Individuals in charge of Syrian, Russian, Iranian, and Chinese networks have also been targeted by the US and its allies. Currently, all assets belonging to individuals on the US Government’s Specially Designated Nationals List (SDN List) are subject to freezing and seizure by US agents if they are in a US territory. In general, these companies and executives are charged with not adhering to the prohibition of material support to the Assad regime and U.S.-designated terrorist groups, including the Quds Force, Hamas, and Hezbollah. While this has had some impact on multinational banks funding the Quds Force, these sanctions have had little effect on state run banks which act as enablers. In addition, new networking schemes are always at the ready to take the place of ones that are taken down.

The ability of Iran to continue to project power and sustain its economic viability despite American-led sanctions is a valuable case study that deserves further examination. The Quds Force has become critical to Tehran in this regard, through its networking and relationships with anti-western states and non-state actors. The value of the Quds Force’s dual role as both a paramilitary and a tool for foreign relations to the Iranian government cannot be underestimated. By efficiently organizing black market oil sales and illicit drug trafficking, the Quds Forces has created a stable and self-sustaining financial empire independent of traditional economic structures. Thus, the Quds Force has become the sine qua non of the current Iranian regime’s well-being and only by disrupting this revenue stream can Western powers hope to mitigate the threat that Tehran represents. The stability of this model is reliant on three major pillars: the continuity of great power politics in the Middle East, the continued support of the international Shia diaspora, and a lack of major accountability for their state and nonstate partners. While the first of these points will likely always remain true, the latter two can be combated with U.S. diplomatic and enforcement measures. In referencing the increase in arms sales to Saudi Arabia and other Gulf  state allies, the words of former Secretary of State Condoleezza Rice still ring true that “there isn’t a doubt that Iran constitutes the single most important single-country strategic challenge to the United States and to the kind of Middle East that we want to see.” In the future it is likely that as long as Quds Force leadership can continue to appeal to partner nations and people, Iran’s rogue economy could power the state in perpetuity regardless of US pressure.

Andrew Narloch is a recent graduate of the Georgetown University’s Security Studies program concentrating in terrorism and sub-state violence. He has worked for the Department of State on the MANPADS Task Force, which is the U.S. government’s primary platform for counter MANPADS proliferation efforts. The views expressed in this article are those of the author and do not necessarily reflect those of the U.S. Army War College, the U.S. Army, or the Department of Defense.

Photo Credit: All images courtesy of the U.S. Department of the Treasury