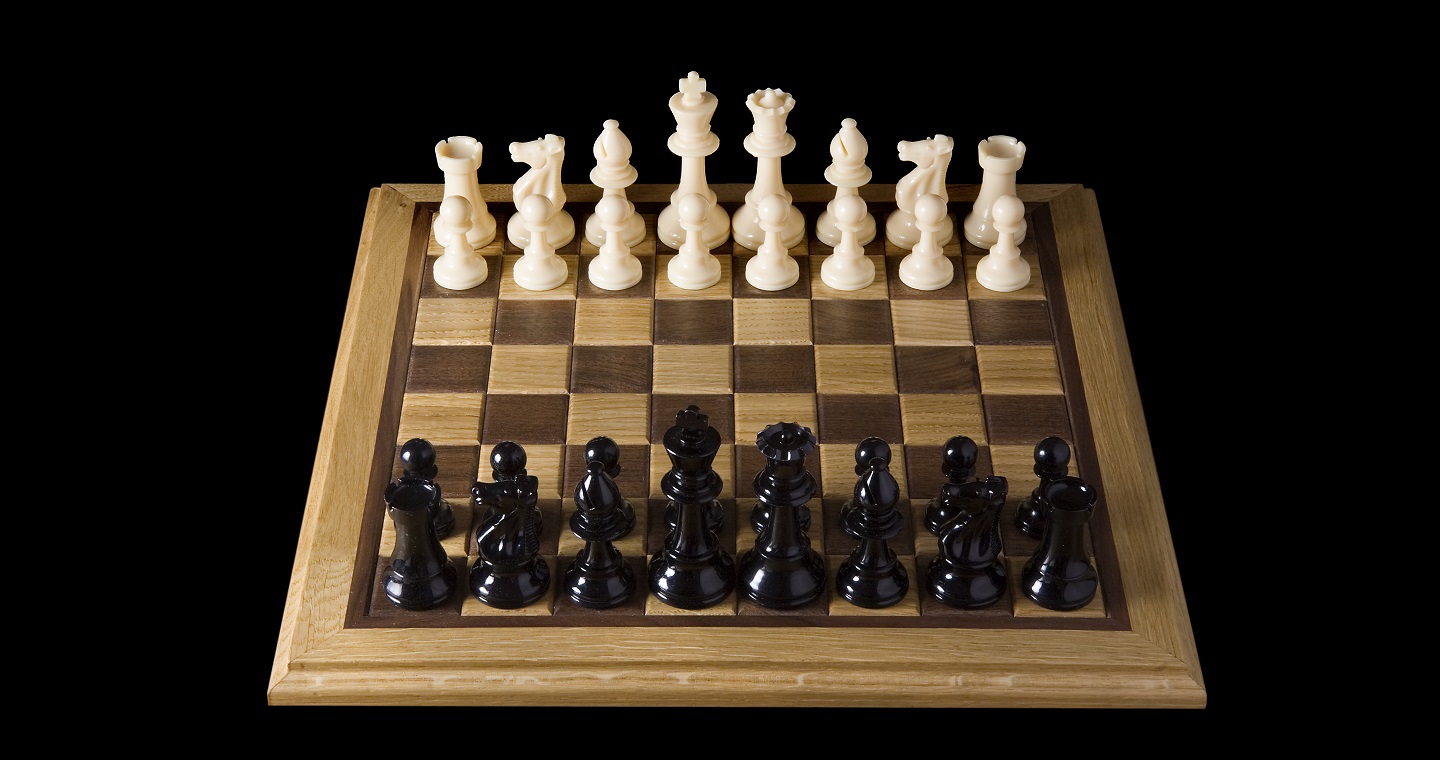 Is this a strategy for building a budget? For fighting in a future environment? Or is it designed to provide internal guidance and policy?

In the Pentagon everyone fancies themselves a strategist. Every graduate of professional military education, every contractor with a new weapon system, every think-tank or consultancy pundit: all feel that if they were only given the chance, they could impose order with the right “big idea.” Meanwhile, over in the corner of the food court, “the programmers” smile, content in their view that the budgets they build are the real strategy. The shared assumption common to all is that written strategies have the potential to maintain, alter, or even revolutionize a service or the military as a whole.

From 2016 to 2018, I worked in the long-term strategy division on the Headquarters Air Force staff. Thus, I had the opportunity to actually put my own strategic pretensions to the test as part of the team attempting to craft a long-range strategic document to drive budgetary decisions for the service.

The strategy we produced never reached official publication. This was in spite of a general consensus among officers, civil servants, and contractors on the Air Staff that it would be valuable to have a strategy to organize, train, and equip the Air Force of the future. Furthermore, there was some outstanding strategic thinking that went into the document, and support from the entire chain of command.

In the proud tradition of the flight debrief, this is the first in a series of four articles attempting to take the lessons learned from that experience and pass them on to the broader profession of arms. While my experience was on the Air Staff, these insights apply broadly to any service or joint attempt to produce a strategic document sanctioned by leadership and designed to lead the organizing, training, and equipping of the force.

A Problem of Definition and Interests

As Dr. Steven Wright avers, “The strategist must think about context and problem definition.” In other words, the strategist has to answer, “Why?” For a service strategy, this requires the writing team to come to grips with two fundamental questions: which of the many possible definitions of strategy was at the heart of the project and what is the strategic document is intended to do? Is strategy the Prussian Field Marshal Helmuth von Moltke’s “series of expediencies,” modern strategist Everett Dolman’s “continuing advantage,” theorist Carl von Clausewitz’s “use of the engagement for the purpose of the war,” or the more banal professional military education catechism of “aligning ends, ways, and means”? And in regard to what the strategy is meant to do. Is this a strategy for building a budget? For fighting in a future environment?  Or is it designed to provide internal guidance and policy?

Complicating the process of definition are the many interests within the large organization of a military service. With the potential for a strategy to maintain, alter, or revolutionize course, there will be intense debate, discussion, and disagreement about its creation. Questions about the who, where, what, when, and why of the strategic document will come from all corners to include other services and internal tribes (e.g., combat air forces; mobility air forces; intelligence, surveillance, and reconnaissance). With high-stakes competition, the strategic development process can devolve into a metaphor for what, in Essence of Decision, Graham Allison and Philip Zelikow call Model III behavior; or, in simplistic terms, “where you stand depends on where you sit.” In this type of behavior, organizations base their choices on internal interests rather than strategic ends.

Taken together, these problems of definition and internal interests on the Air Staff made creating the strategy difficult. In our case, the strategic document became a mirror image of the views of those whom we briefed. For example, officers and civilians dealing with the budget always circled around to a discussion of how the document could shape future outlays of money. This process repeated itself with each organization and resulted in a large time and intellectual commitment expended on definition and education rather than ideas and concepts. Added to this, each organization had its own view of what had to be in the document and how it should be structured, which at times made it resemble a dish prepared by too many cooks.

In retrospect, a better approach would have been to spend more time on the who, what, where, when, and why. As the document faced those same questions from its initial draft onward, it should have been an indication that it lacked a solid foundation. Rather than immediately plunging into drafting the document, defining the 5Ws first would have opened more avenues to talk about the ideas and concepts and also resulted in more buy-in from the Air Staff. The writing of the document should have followed later.  It sounds simple, but Simon Sinek is right: start with why.

Thus, as much as a service secretary, chief, or staff would like to chart their own “Why,” much of what they must do has been defined by others.

Beyond the problems of definition, a service strategy also has to contend with the outside forces of policy and the budget. Policy and budgetary requirements define, direct, and sometimes constrain what a service can do.

Although given their responsibilities and breadth of control is may be hard to imagine, at the higher political levels of the government of the United States, the service secretaries and their chiefs are low in the hierarchy.  The president, secretary, deputy and under secretaries of defense, and chairman and (to a lesser extent) vice chairman of the Joint Chiefs of Staff, and the combatant commanders all have greater policy pedigree and cachet. The President’s National Security Strategy, the Secretary of Defense’s National Defense Strategy, the Chairman of the Joint Chiefs of Staff’s National Military Strategy, along with numerous guidance documents and analysis from the Office of the Secretary of Defense and the Joint Staff provide much of the overarching description of the international environment and the departments’ place within it. With such overarching guidance, the “why” for the services is already defined.

Added to policy constraints, any strategy designed to drive the budget, will have to compete with the loci for all staff action—the Program Objective Memorandum (POM). External actors might have even greater influence through budgets than in the realm of policy. Congress, the Office of Management and Budget, and the Office of the Secretary of Defense not only set the overall “top line” budget for services but also provide often quite specific details for how appropriated money should (or should not) be spent. The danger for any strategic document is that it might chart a path contrary to these budgetary constraints.  For example, a congressional leader may view the strategy as a challenge to a certain weapons system that provides employment in her district.

Thus, as much as a service secretary, chief, or staff would like to chart their own “Why,” much of what they must do has been defined by others.  In our case, the creation of the new National Defense Strategy under Secretary Mattis and the implications for the future budget of the Department of Defense placed great restraint on the internal strategy making process for the Air Force. As the entire Pentagon had to grapple with the implications of great power conflict and a re-shifting of priorities so did the Air Force.

Despite the allure for a service to give at least rhetorical heft to its statement of organizational principles by calling it a strategy, many successful reform efforts within the Department of Defense never used the term. For example, Colonel John Boyd, who thought broadly and deeply about future warfare, overcame a stultifying design and acquisition process to set in motion the development of the ubiquitous and cost-effective F-16 fighter jet. He never wrote a strategy or even a formal set of rules until after his time in the Pentagon. Instead, Boyd relied on advocacy within the department and a more theoretical approach to warfare, epitomized by the observe, orient, decide and act (OODA) loop. The OODA loop allowed his superiors, peers, and those who followed him to incorporate emergent concepts, new technologies and fresh, thinking. A single colonel with deep thoughts and influence had much more impact on the future joint force than any document could have.

To some degree, Boyd’s success proved the individual—whether formally designated a strategist or not—does matter and the difficulties of the political environment presented here can be overcome. Looking back at my own experience on staff, not getting a strategic document published was the best decision for the service. There were too many competing interests within and too many requirements from without, which stifled thinking and wasted time. Which leads to the second question for this series: if a strategic document does not work what does?

Colonel Jobie Turner, Ph.D., is a WAR ROOM featured contributor and commander of the 314th Operations Group. The views expressed in this article are those of the author and do not necessarily reflect those of the U.S. Air Force, the U.S, Army War College or the Department of Defense.