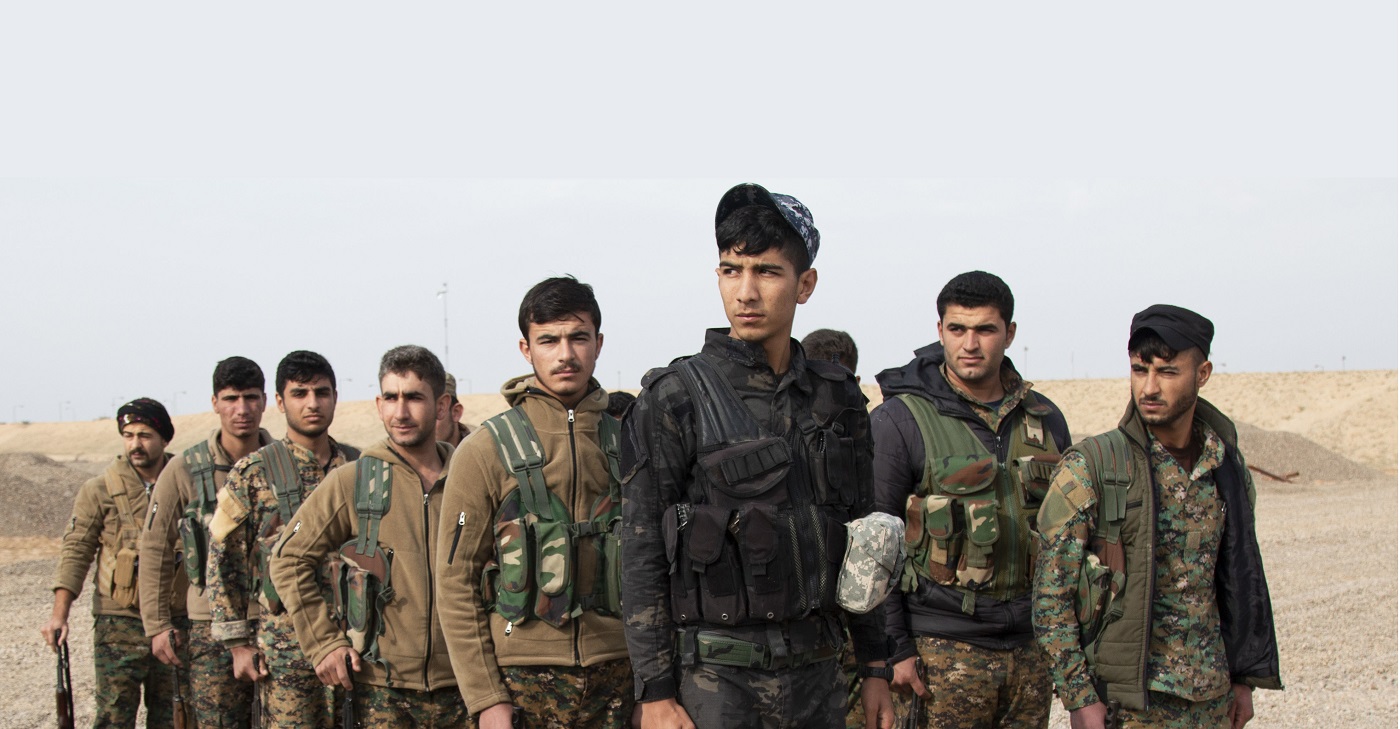 Abandoning an ally or proxy because they no longer serve your interest may be good strategy, but it does carry a cost.

U.S. President Donald Trump has been intent upon withdrawing American troops from Syria for at least the last 18 months, based on repeated public pronouncements to that effect (for example, in April 2018 and December 2018).  He finally ordered American forces to withdraw from northeastern Syria on October 6, 2019, following a telephone conversation with Turkish President Recep Tayyip Erdogan.  Within three days of this latest presidential pronouncement, which announced the withdrawal of American forces from northeastern Syria, Turkish troops and their Syrian militia allies crossed into the Kurdish zone there.  President Trump was immediately condemned for “abandoning the Kurds” from all corners of the globe and all sides of the American political system.  This was not the first time America has abandoned the Kurds, however, and the Kurds never forget.

On the first day of the academic year for the U.S. Army War College Class of 2013, I set aside a portion of the planned teaching points and instead substituted a discussion of the debate swirling over U.S. policy toward Syria in the wake of the rebellion that was growing there.  I gave out two op-ed articles representing both sides of the policy discussion then raging in Washington.  One was “The risks of inaction in Syria” by three Senators—John McCain, Joseph I. Lieberman, and Lindsey O. Graham—that appeared in The Washington Post on August 5, 2012.  The other was “Meshing realism and idealism in Syria, Middle East” by former Secretary of State Henry A. Kissinger that appeared in The Washington Post on August 3, 2012.  The idea was to provide the students with a taste of the debate over a major foreign policy decision, which would be commonplace in the future jobs for which their year at the War College is designed to prepare them.

As is so often the case, what happened in the seminar room was not exactly what I anticipated but left me with a life-long lesson.  One of my International Fellows that year was a Pesh Merga (Iraqi Kurdish Forces) officer (now a general).  When the conversation got to him, he flourished the Kissinger op-ed and stated forcefully that he would not read anything by the man that had sold out the Kurds in 1975.

In 1972 Kissinger and President Richard Nixon decided in conjunction with Iran and Israel to supply Soviet arms and ammunition to the Iraqi Kurds in order to tie down the Arab-led Iraqi government with a rebellion.  However, Kurdish aspirations for a state have been thwarted since the Paris Peace Conference of 1919, leaving the Kurds divided among southeastern Turkey, northwestern Iran, northern Iraq, and northeastern Syria.  None of those states wanted an independent Kurdistan, so when the Algiers Agreement of 1975 resolved the border dispute then at the heart of Iran-Iraq tensions, Kissinger cut off the CIA aid to the Kurds, while Iran and Turkey closed their borders to Kurdish refugees, who were left to face Saddam Hussein’s bully boys.  Journalist Daniel Schorr recounts what happened next in “Telling It Like It Is: Kissinger and the Kurds” (Christian Science Monitor, October 18, 1996), saying, “[Mustafa] Barzani [the Kurdish leader] wrote to Kissinger, ‘Your Excellency, the United States has a moral and political responsibility to our people.’  There was no reply.  In 1975, Kissinger was asked before the House Intelligence Committee how he could justify this betrayal.  He replied, ‘Covert action should not be confused with missionary work.’”

Kissinger’s ultra-realist perspective (less than two years after receiving the 1973 Nobel Peace Prize) is stunningly breathtaking, but it is not the lesson I took from class that day.  Rather, it is that behavior toward allies and proxies is long remembered.  Abandoning an ally or proxy because they no longer serve your interest may be good strategy, but it does carry a cost.  Calculating that cost undoubtedly should take place before choosing abandonment, but it should also be calculated before starting down the path toward alliance.  In my experience (and in the historical examples with which I am aware), such assessments never take place.

Three obvious immediate costs to the United States exist in this current Kurdish case, all of which have already begun to appear.  First, with the withdrawal of the Americans the Syrian Kurdish forces had to cut a deal with someone else or face death.  They made the most logical move and allowed their other enemy, the Syrian government, to come in and retake the Autonomous Region of North and East Syria (Rojava) to prevent the Turks and their Sunni Arab militia allies (also enemies of the Kurds) from engaging in wholesale ethnic cleansing.  Thus, the Syrian regime has finally regained the upper hand on the eastern side of the Euphrates River in northern Syria after more than seven years of losing there.  This new reality indefinitely postpones Kurdish dreams of autonomy and simultaneously illustrates the continuing relevance of the old proverb from Kautilya’s Arthashastra – “the enemy of my enemy is my friend.”  Also, as Syria’s major international backers are Russia and Iran, this arrangement puts two of America’s major adversaries in the driver’s seat in Syria, as geopolitics—like nature—abhors a vacuum.  Russia and Iran are ostensibly currently aligned with Turkey, but in the complex “Game of Thrones” that is the Syrian War no alliance is founded on convergent interests, but merely represents a marriage of convenience.  Still, Turkey does not lose from Russia’s gain in Syria, since Turkey primarily wants to prevent Rojava from flourishing or, at the very least, have a buffer zone populated by repatriated Syrian Arab refugees from Turkey to separate the Kurdish area of Syria from Turkey’s Kurds.

Calculating that cost undoubtedly should take place before choosing abandonment, but it should also be calculated before starting down the path toward alliance.

Second, as has already been reported from the Ain Issa IDP camp and probably has occurred in other ISIS detention camps within or near to the 30-km zone that Turkey is attempting to occupy, detained ISIS fighters and their families may go free, thus reinvigorating the military and possibly even political aspirations of a largely beaten foe.  This is another negative consequence to making a too hasty withdrawal from a conflict; indeed, this is an oft-cited critique of the decision by President Barack Obama to withdraw American forces from Iraq in 2011, which contributed to the rise of ISIS in Syria.  Prior to the decision to withdraw American forces from northeastern Syria, ISIS had lost virtually all its territory and seen most of its fighters and their families captured, largely by the Kurdish Syrian Democratic Forces (SDF).  The violent Sunni Islamist ideology espoused by ISIS was still flickering, however.  Now it has a chance to flame into life again, notwithstanding the killing of ISIS leader Abu Bakr Al-Baghdadi by an American Special Operations raid on October 26, 2019.

Third, the Kurds are not the only allies/proxies that can judge American commitment based on this event, especially given the widespread reporting on the decision by President Trump to withhold military aid to Ukraine in order to pressure the Ukrainian government to provide negative information on former Vice President and possible Presidential election opponent Joe Biden.  These two events, taken together, give the perception that the United States is not a very steadfast ally.  Two years ago, after a lecture I gave at the Royal Jordanian National Defense College outside of Amman, one of the officer students asked, “If the United States is no longer willing to lead, what shall we [meaning “small Arab states”] do?  The answer is, if America wants to lead, then it must act like a leader.  Great powers that lead alliances have to be able to absorb some “free riding,” such as NATO allies that do not pay their full military commitment; tolerate some reluctance by shaky allies; give priority to the interests of allies, sometime over its own domestic concerns; and steadfastly honor its own commitments throughout.  A great power that begins to put its own interests ahead of its responsibilities is demonstrating that it no longer sees itself as a great power.  Both President Obama’s “leading from behind” and President Trump’s “America First” ideas suggest an America that is no longer comfortable leading.  Moreover, America’s allies can consider other options, either the seductive allure of a rising China’s Belt Road Initiative or the more muscular intimidation of Russia’s hybrid warfare approach in its Near Abroad neighborhood.

Four months ago, on a research trip to Turkey, it became clear to me what Turkish plans were if President Erdogan could convince President Trump to abandon America’s Kurdish partners in northern Syria.  The execution of those plans is now unfolding.  America had the opportunity to show its leadership by restraining Turkey and failed.  Ironically, according to an October 2014 U.S. Central Command news release that announced the creation of Operation Inherent Resolve, which established the American-led coalition against ISIS, “the name INHERENT RESOLVE is intended to reflect the unwavering resolve and deep commitment of the U.S. and partner nations in the region and around the globe to eliminate the terrorist group ISIL [now called ISIS] and the threat they pose to Iraq, the region and the wider international community.”  Both Turkey and Syrian Kurdish forces are part of the coalition, which perhaps needs a new name, since America’s resolve and commitment appear as firm today as they were in Kissinger’s time.

For anyone that will be in Carlisle on the evening of 14 November, 2019 please join Larry Goodson and several other scholars at Dickinson College as they discuss the topic:

FALLOUT FROM THE AMERICAN MILITARY WITHDRAWAL FROM NORTHERN SYRIA

Larry P. Goodson serves as Professor of Middle East Studies at the U.S. Army War College, where he recently returned after a year at Oxford University working on his new book, “First Great War of the 21st Century:  From Syria to the South China Sea.”  The views expressed in this article are his own and do not necessarily reflect the position of the U.S. Army War College, Department of Defense, or U.S. government.