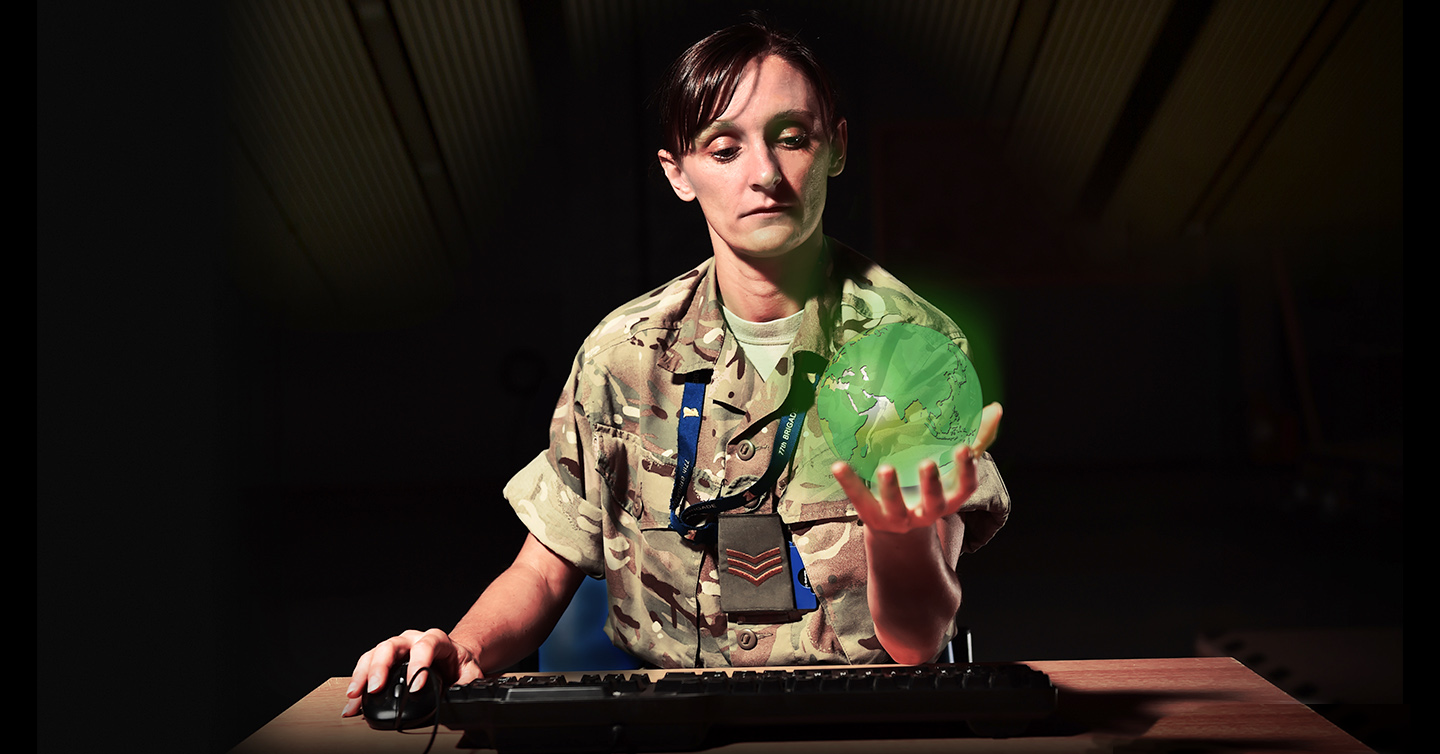 In motor racing there is very little time to either celebrate or dwell on defeat.  The stark realities of competition demand that even as one race car is being primed, another is being built to take its place. Where military competition differs from even elite sport, is that placing second is to pay an unthinkable price. Yet despite widespread acceptance of this core truth, the relative decline of NATO land power continues unabated. How, therefore, do we start to regain our edge?

This article contends that “prototype warfare” is the tool to unlock this challenge.  An approach to military activity that is specifically designed to catalyze creativity, empower leaders at the tactical level, and nurture a culture of adaptation. As former Secretary of Defense James Mattis put it, “We have to make sure we’re not dominant and irrelevant at the same time: dominant in a form of warfare that is no longer relevant.” Prototype warfare is about maximizing the opportunities of the present to win in the future, driving innovation outside of major combat by institutionalizing the urgency and dynamism of wartime adaptation.

We posit that prototype warfare is more than the rapid prototyping of technology or the modification of existing acquisition processes.  It is a mindset. We define prototype warfare as a new approach to routine military activity that seeks to mimic the pace and intensity of wartime transformation by prioritizing experimentation and adaptation to rapidly inform doctrine and practice. In prototype warfare, tactical commanders are encouraged and empowered to take calculated risks with a higher than normal tolerance for failure, enabling them to learn, succeed and exploit catalytic ideas that deliver asymmetric advantage.

The prototype warfare mentality extends to the battlespace with deployed operations becoming the ultimate laboratories for innovation, a fount of immediate feedback pouring into a data lake to be interrogated by the latest methods in artificial intelligence and machine learning. Units will make training exercises and routine operations the vehicles of institutional change, a competitive context either real or engineered from which growth can occur. Prototype warfare is not concerned with perfecting a process or methodology but about conditioning groups and individuals to adapt quickly, inculcating a dynamism in organizational culture that any future adversary will find difficult to match.

There are a growing number of test-cases that prove the value of this approach. In the British Army, urgent operational requirements are increasingly being met through the employment of creatively modified ”off-the-shelf” equipment. In the Middle East, a deployed force recently encountered an adversary’s new tactic that severely limited its ability to move freely on the battlefield. In response, via a crowdsourcing initiative, the unit developed a solution employing sensors and robotics that was rapidly identified, tested and deployed. The introduction of this novel capability restored operational tempo and undoubtedly saved lives, the details of which will not be provided to protect operational security. In the British Army’s 77th Brigade — a new formation that specializes in information activity and outreach — commanders are prototyping new approaches to maneuver in the virtual domain, progressively writing new doctrine where none previously existed.  Across the British Army, there are signs of a culture of adaptation taking root that, provided it is appropriately nurtured and encouraged, has the potential to powerfully mitigate against mounting fiscal pressures.

In an era of dwindling resources and ever more expensive systems, prototype warfare is also a means for western militaries to make best use of a mixture of new and legacy systems. This is certainly true for the British Army. The parlous state of its signature capabilities has stimulated the search for a new institutional approach that safeguards relevance and mitigates the slow but necessary churn to field high-end equipment. The current procurement model favors lengthy bespoke contracts. Yet under the pressures of protracted, costly counterinsurgency campaigns on the heels of post-Cold War disinvestment, that old model has proven unsupportable, leading to the repeated deferral and descaling of key equipment programs. As a consequence, platforms like the Challenger 2 Tank and Warrior Infantry Fighting Vehicle are on average at least twice as old as those of the nearest peer military nation. The case for rebuilding and selectively upgrading this war fighting equipment remains powerful, not just to deter in Europe but also — as the Israel Defence Forces found in Lebanon — to remain competitive against increasingly lethal non-state actors.

While effective ‘fight tonight’ capabilities are still necessary in the current security climate, the British Army cannot afford to mortgage the future. The recent experiment with robotics and autonomous systems, Autonomous Warrior Experiment (AWE), is an example of the British Army working in concert with industry partners to explore the latest disruptive technologies and set the conditions for their development into military capabilities.  This long-term approach must be accompanied by other, more direct, pathways that rapidly connect warfighters with commercially available solutions.  The head of the British Army, General Sir Mark Carleton-Smith, believes that the best ideas on this front invariably come from junior personnel working at the lowest levels. Breathing life into some of those winning concepts, and then backing them with the necessary resources, will build momentum by encouraging others to follow suit and share their experiences.

Prototype warfare does not presume an unrealistic degree of organizational agility or creativity. As shown by Theo Farrell, the British Army demonstrated this ability in Afghanistan, while Nina Kollars documents similar soldier-led adaptation in Vietnam and Iraq.  This is not to disregard the fact that adaptation and innovation traditionally serve different purposes. As Farrell explains, military     adaptation is concerned with the rapid development of new techniques and tactics to prevail in the current war. Innovation, on the other hand, is the codification of “big change” through new doctrine, structures and technologies; an obvious example of this, is the transformation of the U.S. Army after Vietnam. Adaptation does eventually lead to innovation, but historically only over a protracted period.  The key is to speed up this process and produce the double-loop learning that is required to translate adaptation into institutional advantage.

In his seminal book Winning in the Next War, Stephen Rosen argued that institutional innovation requires a new theory of victory, an intellectual vector of travel against which new ideas can be pitched, debated and refined. Without one, military adaptations will either often miss the target or, as marginal gains, never be institutionalized into a substantive and battle defining whole. The British Army is working to define a new British way of war and theory of winning that fulfils this requirement, while also keeping pace with the U.S. Army’s Multi-Domain Operations and the U.K. military’s joint Fusion Doctrine. Rosen also argues that to successfully implement change, career paths must be created that allow for the development of experts in the new way of war. The British Army is getting after this through its CASTLE program, which is focused on attracting and retaining the talent integral to the conduct of modern warfare, for example in key fields like information operations and cyber.  These efforts are an essential corollary to prototype warfare.

Of course, outside of major conflict the case for a well-equipped standing army has always been a difficult one to make. For the British Army, this danger is compounded by the cascading financial constraints posed by the turmoil of Brexit. Recent security incidents including the chemical attack in Salisbury,  “the Battle of Gatwick” drone attacks, and continued tensions on NATO’s eastern flank highlight the array of modernized land capabilities that are required on a routine basis to protect sovereign territory and safeguard national interests.

In a security context, in which we can see that the character of warfare is changing but not yet predict its eventual form, victory or defeat in future war will hinge on the ability of our people to rapidly prototype and then integrate new concepts and technologies. This must be enabled in the present by investment in open architecture systems and capabilities that unlock the full potential of our existing warfighting platforms.  Allowing junior leaders and soldiers to use their talent for adaptation can no longer remain confined to combat operations; it must be cultivated, channelled and enshrined in the rhythms and operating culture of our organization. To get to that point will require profound shifts in culture, resource, and ambition.  None of this will be easy, but unless western militaries grasp the nettle of this challenge, it will not only be their fleet of vehicles that risk obsolescence.

Toby Whitmarsh is a major in the British Army. Arnel David is US Special Assistant to the Chief of General Staff, British Army. The opinions, conclusions and recommendations expressed or implied within this article are those of the authors and do not reflect the views of any organization or any entity of the U.S. or U.K. governments.