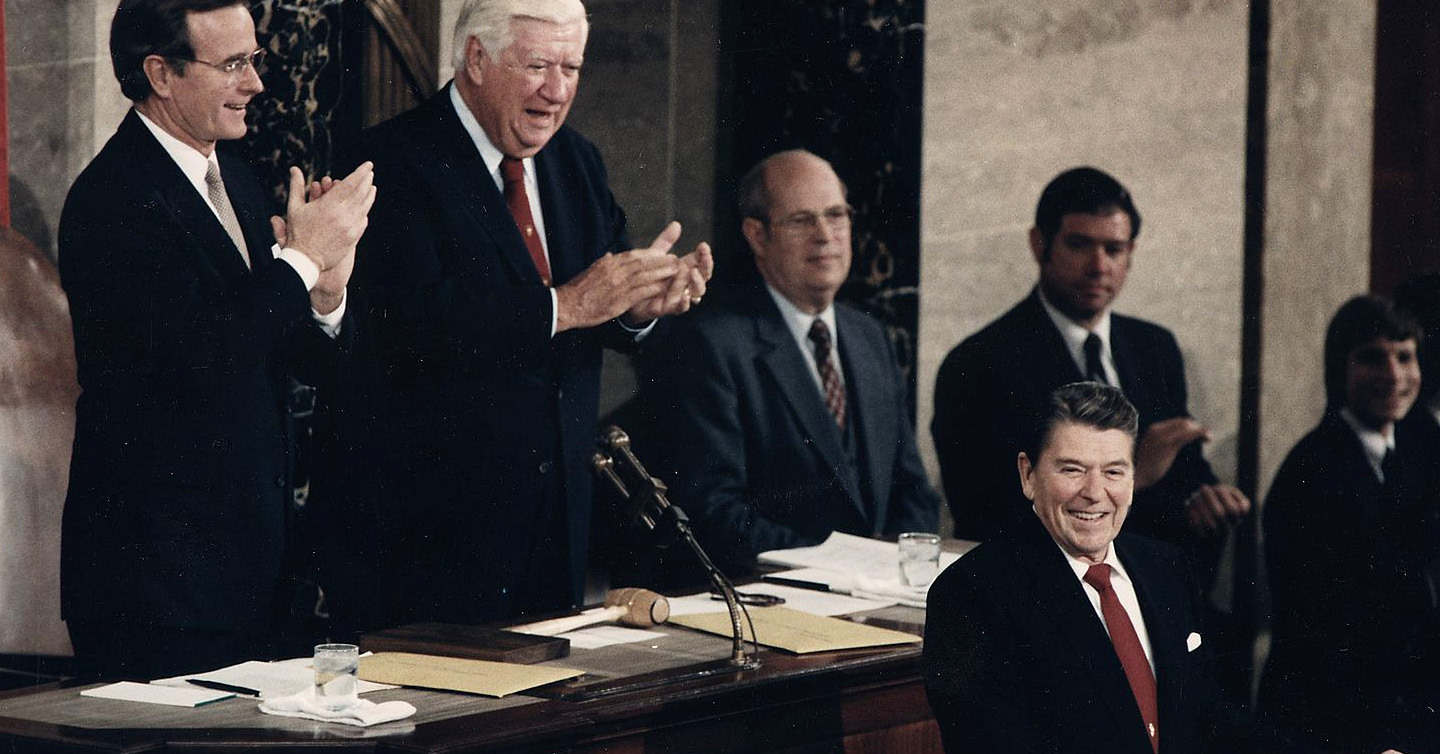 What makes for a successful nuclear arms control agreement? There is no one answer.  The tendency is to focus on the parties to the negotiations, starting at the top: the political leadership. Certainly having heads of government that promote reaching an agreement increases the probability of success. The Intermediate-Range Nuclear Forces (INF) Treaty, which has been in the news lately, is a prominent case where leadership mattered. President Ronald Reagan and General Secretary Mikhail Gorbachev of the Soviet Union dedicated themselves to finding a way to eliminate a class of weapons, while ensuring that they met their policy objectives and preserved their countries’ interests. Reagan’s investment in the treaty’s success was so total, that White House spokespersons personalized it as “Ronald Reagan’s treaty” to win support.

Unfortunately, this attention to the role of the political leader has narrowed our understanding of arms control. President Trump’s decision to withdraw from the INF Treaty without consulting NATO allies is an example of a unilateral decision within his authority to decide, but with consequences for alliance solidarity. A more prominent example is his use of a top-down negotiating approach to deal with North Korea’s nuclear program. This risky method intensifies the notion that the president is the chief negotiator but also the final arbiter of arms control. This is a mistaken perception but understandable.  In an era of political polarization and partisan gridlock, Congress has largely neglected its role as a coequal branch, its constitutional responsibility for national security, of which arms control is part.

Arms control is a two-level game. Negotiations occur at two levels simultaneously. The first level is the one between governments. The second level occurs in the domestic landscape. In the United States, the president must convince domestic actors that they should support the agreement. The second level is where Congress is the preeminent actor. It represents not only the American public, but it must engage with interest groups that support or oppose the treaty that the president has ratified. As Gerald Warburg has noted, “Only by building a domestic political consensus, however cumbersome, can the president advance a sustainable [national security] policy.”

The U.S. Senate is often viewed as the cockpit of the second level because Article II, section 2 of the Constitution gives it the power of “advice and consent” of treaties that the executive negotiates. Thus, presidents must convince two-thirds of the senators present to vote in favor of a resolution of consent to ratification.  A president’s success in attaining this approval is nevertheless contingent on other factors.

David Auerswald underscores that the tenor of executive-legislative relations is a vital element. Presidents that enjoy substantial public support are likely to have success. Two other factors are essential. First, does foreign policy consensus exist?  That is, do a sufficient number of senators believe that the agreement achieves U.S. policy goals, principally, its vital interest of protecting the nation and its allies who are under the nuclear umbrella?

Equally important is the relationship between political parties in the chamber and especially the committees that examine the treaty’s provisions. While the Foreign Relations Committee has principal jurisdiction, the Armed Services Committee often has the technical expertise and the Select Committee on Intelligence considers whether the treaty can be monitored and verified adequately.  The members of these committees have an outsized effect on the outcome for the president. But presidents are political actors and understand every vote counts toward attaining the supermajority. There may be members of the president’s own party that believe he has either given up too much to attain the agreement. Others may argue that it does not go far enough to reduce the likelihood of nuclear war.  Still others may contend it disadvantages the United States militarily. This last point has additional ramifications.

Nuclear arms control is not solely a diplomatic act. It is also a facet of military strategy as Thomas Schelling and Morton Halperin pointed out. The Secretary of Defense’s 2018 Nuclear Posture Review (NPR) emphasizes this point. It declares that modernizing U.S. nuclear forces for deterrence is the imperative. The decision to modernize this capability is not new. It had its genesis during Barack Obama’s presidency. It was the deal he made with Senate Republicans to attain sufficient votes for New START Treaty in 2010. However, such an agreement ultimately requires the Senate and the House to authorize and appropriate funds to enhance U.S. nuclear capabilities. Money is policy, as the Washington adage goes. Thus, the Trump administration is following a familiar arms control script: modernize and then negotiate.

While the president is the chief diplomat, negotiating on behalf of the nation, Congress has national security obligations. It has a duty, just like the executive branch, to assess the strategic environment for threats and debate how those threats should be met, as the late Senator John McCain highlighted. The “pendulum of power” shifted to the president since September 11, 2001. However, with Democrats now holding the majority in the House, this may change again. But the ongoing adjustment in the strategic environment also requires Congress to understand that the old dichotomy between war and peace is no longer relevant. We live in an era of great power competition, as President Trump’s National Security Strategy reminds us, with nuclear weapons conspicuous in the mix.

Nuclear arms control is not solely a diplomatic act. It is also a facet of military strategy

Thus, the Trump administration’s recent decisions to withdraw from the INF Treaty and the Joint Comprehensive Plan of Action (The Iran Deal), along with uncertainty about the future of the New START Treaty, which expires in February 2021, and the ongoing spasmodic attempt to denuclearize the Korean Peninsula, should be a wake-up call for Congress. Instead, the response has been largely mute. Only the House Armed Services Committee has held a hearing on the INF Treaty since the new session began in January. What accounts for such a response? Is it presidential deference or inattention on the part of Congress and more importantly, the American people?

There are times when Congress has to lead by bringing attention to an issue. The foundation for doing so has already been built. The Trump administration has produced the relevant strategy documents. The Congress used a bipartisan commission to assess the 2018 National Defense Strategy that supported recapitalization of the nuclear triad, but gave no attention to arms control except for a brief mention on whether new technologies should be restrained by such regimes. This is a critical area, one which may be called the fifth nuclear race, where cyber and space-based technologies as well as artificial intelligence can influence the offensive-defensive balance. Congress should be focusing on such issues now by taking three foremost steps.

First, both chambers should hold hearings and evaluate the relationship among U.S. national security policy, the ways (diplomacy and military) and the means (nuclear weapons, missile defense and nuclear arms control), considering strategic risk assessment. To assist in this endeavor, forming bipartisan working groups such as the one that Senators Nunn and John Warner (R-VA) established to examine nuclear risk reduction would be useful. Of primary importance is an evaluation of New START to determine potential options: expiration, extension or a new pact.  Congress has a duty to educate itself and the American public on the subject and to understand the policy-strategy-military operations alignment, as Steven Cimbala has underscored.

Second, beginning a substantive dialog between the two branches is needed. In the 1980s, Senate majority leader, Robert Dole (R-KS), and the Democratic leader, Robert Byrd (D-WV), created the bipartisan Senate Arms Control Observers Group as part of its advice and consent responsibilities. As former Senator Sam Nunn, who served on the group and chaired the Senate Armed Services Committee, and former Secretary of Energy Ernest Moniz offered, Senator Mitch McConnell, the Republican majority leader, and Speaker Nancy Pelosi could establish a bipartisan liaison group from both chambers as a means of strengthening executive-legislative relations on U.S. nuclear policy. If these leaders are not willing to work together, then perhaps committee chairs, perhaps from the Appropriations Committees, which are seen as “islands of bipartisanship,” could establish such a group with leaders from the policy-relevant committees.

Lastly, Congress has a potent tool in the power of the purse. The budget process can be used to pressure the president into calculating the trade-offs between modernization and arms control, as it did during the Carter and Reagan presidencies. Nunn and senators from both parties used their votes on SALT II (Strategic Arms Limitation Talks) agreement as a bargaining chip with Carter to attain an increase in defense spending. Nunn also used the budget to bargain with Reagan over the development and production of a new missile, the MX, while also pursuing arms control. Congress can still use the defense budget as a means of ensuring that arms control is a prominent feature of U.S. national security as the nation balances offensive-defensive capabilities to achieve strategic stability. The price tag for the planned nuclear modernization is estimated at $1.2 trillion over thirty years. That magnitude should continue to get congressional attention.

Arms control success in the United States is highly dependent on two branches of government being involved. A strategic consensus between the branches is essential. That consensus necessitates putting national interests over partisan ones. It is not clear whether achieving such a consensus exists now or even in two years when the New START Treaty expires. One point is certain nonetheless. Congress has a constitutional duty to act as a capable partner to achieve feasible nuclear policy and strategy. As Senator Arthur Vandenberg remarked 70 years ago at the dawn of the nuclear age, when it comes to national security policy, Congress needs to be in on the “take-offs,” not just the “crash landings.”

Photo: Photograph of President Reagan giving the State of the Union Address to Congress, January 1984.