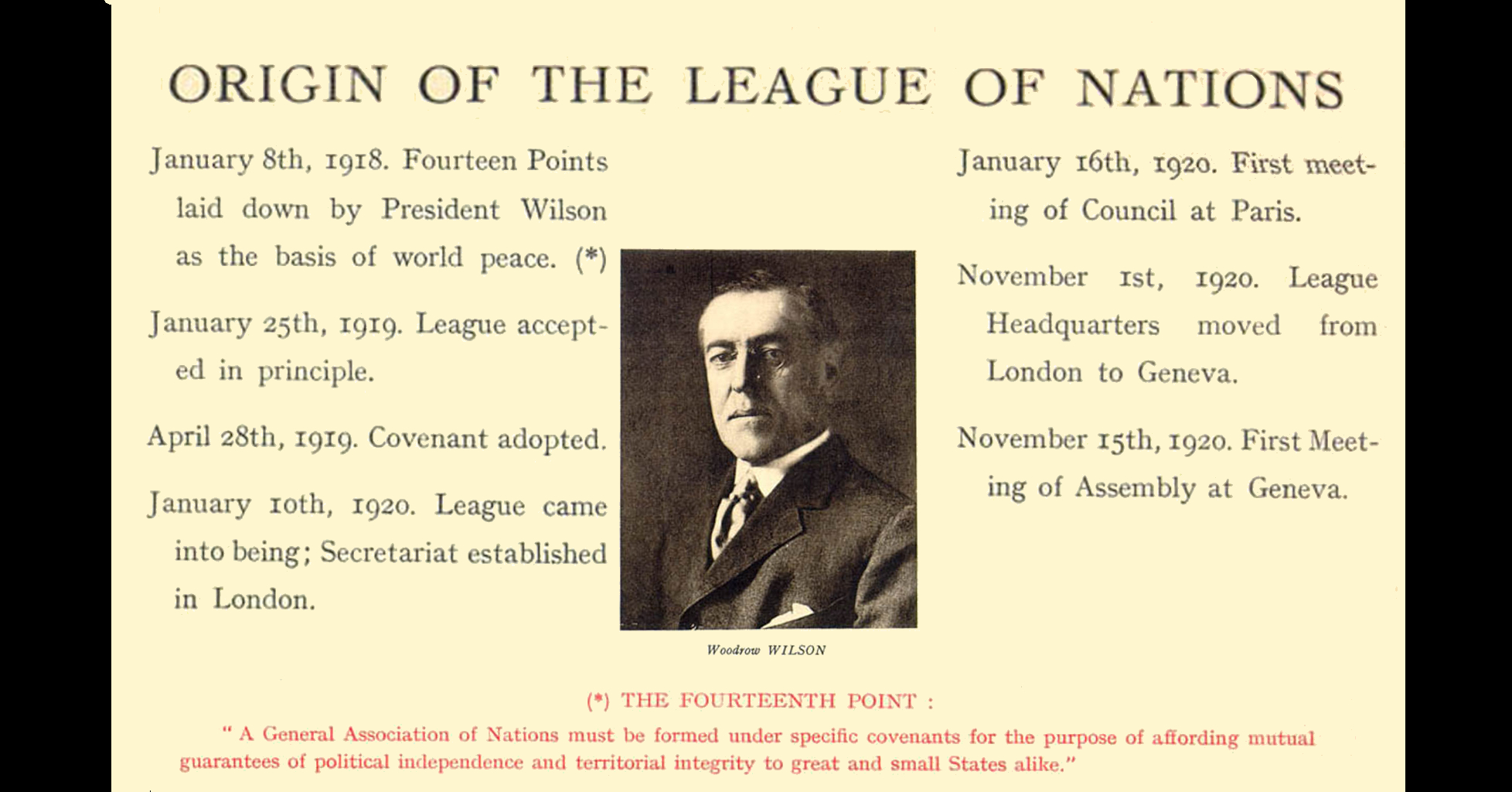 Many foreign policy and international relations experts are expressing concern about the future of the liberal world order. These experts contend that the return of great power competition with the rise of Russia and China, the decline of US power, and the rise of domestic populist movements in the United States and other liberal countries threaten the US-led liberal world order. While many scholars raise the alarm about the collapse of the current liberal order, few authors have explained how the United States created the order and what US policymakers intended it to accomplish. The origins of the system are important to understand because the liberal world order is an ideological order that rests upon the US position in the international system, so its future also rests on the US position.

As seen during the Cold War, it is hard to expand an ideological world order if another power has a competing ideology; therefore, the current liberal world order is possible only because the United States lacks a great power competitor. In the current unipolar system, compared to a bipolar or multipolar system, there is no competitor to challenge America’s ideologically based system. As John J. Mearsheimer argues, a US-led ideological liberal world order is possible only in a unipolar international system. According to Mearsheimer, “the sole pole has little reason to create a bounded order.” As great power competition returns, the American preferred world order may, in fact, come again to resemble the regionally-bounded one that existed during the Cold War.

First and foremost, the liberal world order is an ideological order, based on liberal ideas and values that include open and free trade, liberal democratic governance, universal human rights, collective security, international institutions, and the rule of law. Though these ideas are shared with many Western countries, the United States remains central to the project. When the liberal order was created, Western countries were in ascendance; now non-Western and non-liberal countries are in ascendance challenging how global the liberal order will be. As the international system continues to change, both liberal and non-liberal states will determine how bounded the order will be. Those states that have benefited the most will have to determine how much they will fight for the institutions that support their economies and security. But to do so, those states will have to decide what to keep and how to defend, adapt, and continue the liberal world order’s institutions and regulations in the changing international system.

Looking at each phase, it is possible to trace the rising status of the United States internationally and its promotion of policies and institutions that created the liberal world order. During phase one, President Woodrow Wilson’s efforts during World War I promoted collective security, democratic self-determination, free and open trade; meanwhile international institutions introduced liberal internationalist ideas into the system. Wilson continued this push at the Paris Peace Conference and he was able to convince the conference to incorporate his Fourteen Points into the peace treaty. Wilson’s efforts were possible because the US acted as a lender to the Entente powers, fought with the Entente powers, and because the United States did not suffer serious damage from the war—allowing the US to emerge as a world power. These circumstances gave Wilson the stature necessary to attend the Paris Peace Conference and to present his ideas and policies to the rest of the world. Wilson’s efforts led to the creation of the League of Nations, although the United States did not join, primarily because of partisan domestic politics.

Though Wilson’s efforts achieved limited success, President Franklin D. Roosevelt renewed many of Wilson’s ideas during World War II. Roosevelt’s Atlantic Charter mirrored the main tenets of Wilson’s Fourteen Points. Though Roosevelt died before he could enact his postwar policies and the ideas he presented at the Yalta Conference, he established the foundations that would consolidate during phase two. These policies included the creation of the United Nations, the Bretton Woods agreement that created the International Monetary Fund, the International Bank for Reconstruction and Development (eventually part of the World Bank), and the General Agreement on Tariffs and Trade (succeeded by the World Trade Organization). American leadership was critical in establishing these institutions, and support from other liberal states made it possible for the US to create a regional liberal order. The end of World War II also saw the United States rise to superpower status alongside the Soviet Union.  During this first phase the United States rose from a regional power to a world power to a superpower, and as it rose in the international system, it unevenly promoted liberal internationalist tenets into the international system, slowly building a liberal order.

The tension between prioritizing ‘values’ and ‘interests’ is not new to US policymakers; it has been present since the founding of the country.

Phase two occurred during the Cold War, and during this period the US established a regional liberal order focused on Western Europe, the South Pacific, and the Western Hemisphere. The United States created the regional liberal order to defend itself and its allies from communism. In this period, the international system was bipolar, split between the US and the USSR; this great power competition was ideological and caused divisions within the international system that often affected crises around the world. In this bipolar system, the US and the USSR built competing regional orders. In this environment, US polices often struggled between promoting liberal ideas and protecting the United States and its allies. Sometimes these interests coincided, as in much of Western Europe, but in other places, there was tension, and often the priority went to defending the United States and its allies. The tension between prioritizing ‘values’ and ‘interests’ is not new to US policymakers; it has been present since the founding of the country.

One irony of this second period was that some US policies undermined the liberal order. In particular, US policies that supported pro-US governments over democratic ones left a legacy for the current world order and engendered skepticism in those parts of the world about American intentions and liberalism. During this phase, the US showed its military might while simultaneously relying on and supporting the liberal institutions created after WWII. Even so, this militarily created and institutionally sustained regional liberal order became the foundation for the liberal world order that would emerge by 1991 as the international system shifted into a unipolar system with the collapse of the Soviet Union and the US rise as the sole superpower.

Phase three saw the emergence of a global liberal world order beginning in 1991. The Soviet Union’s collapse eliminated the sole competitor to the US ideological order, the Soviet collapse was reinforced with the US having the world’s most powerful country economically, diplomatically, and militarily. This meant the post-Cold War system was a US-led ideological order founded on the United States’ position as the unipole. During this phase, Presidents George H.W. Bush and William J. Clinton implemented policies that promoted liberal internationalist ideas globally setting the foundation for further liberal internationalist policies by their successors.

Throughout the early 1990s, many scholars wrote about the future of state governance and many saw liberal democracy as the final and best method. The most recognized example is Francis Fukuyama’s The End of History and the Last Man. But again, the global promotion of liberal governance was possible because the United States stood at the peak of the international system and was working to solidify a liberal world order. At the same time, the liberal order spread as the global democratic community grew, which further supported the liberal world order. As the liberal world order expanded, liberal ideas increasingly became the norm and led to active efforts to promote and defend liberal ideas. One of these norms, the Responsibility to Protect (R2P), asserts that the international community has a responsibility to intervene when states violate their citizens’ human rights. However, as history shows, the international system is constantly changing, and for states to keep up they must change with the world.

As the international system continues to experience tensions with the return of great power competition and the decline of unipolarity, it is important to understand how the liberal world order emerged and how it can continue or fail. The return of great power competition means that it is possible the liberal world order may become a regional or bounded order as it was during the Cold War. The current liberal world order stands because numerous countries including the United States support the ideas and values it is based on. However, as the system continues to change, the order must change with it, but change will only be successful if current participants understand the world order so they can consider ways for it to change and continue, but not collapse.

Photo Description: The League of Nations: A Pictorial Survey is a small book intended to educate the general public about the nature and purpose of the League. It explains the organizational structure of the League and its main institutions—Assembly, Council, and Permanent Secretariat—and associated bodies such as the International Labour Organisation and the Permanent Court of International Justice.

Photo Credit: Image derived from The League of Nations: A Pictorial Survey, 1928