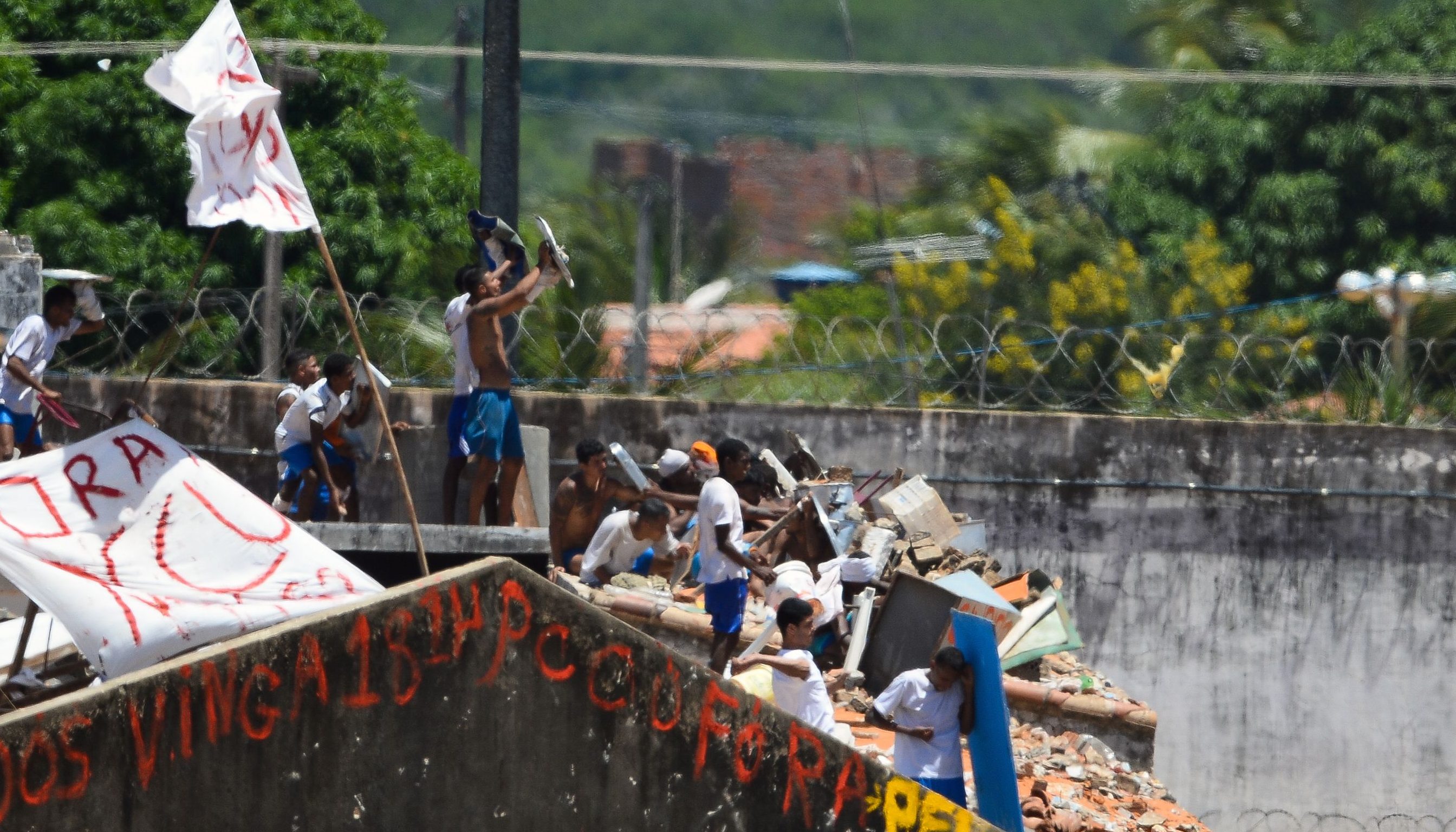 Criminal groups turn to warlike tactics to keep themselves in business and to expand their power.  Low-intensity conflict may be high-intensity crime; meaning that one person’s gangster may be another person’s terrorist or insurgent.

The explosions that rocked the city of Ciudad del Este in Paraguay just after midnight on April 25th of this year sent residents scrambling from their beds and seeking shelter in their homes.  In a coordinated operation, between 50 and 80 heavily armed men attacked numerous targets around the city.  The men torched a dozen vehicles, used snipers to shoot at police and took several hostages.  The attackers’ primary target, however, was the vault of Prosegur, a security company.  Using C-4 explosives, a team of attackers blew through the vault and took approximately $8 million.  The heist was the largest in Paraguay’s history and one of the ten most lucrative robberies of this century.  Perhaps most astonishingly, it was organized and directed by a prison gang from neighboring Brazil, a gang that is now actively cultivating ties with guerrillas from Colombia’s FARC (Fuerzas Armadas Revolucionaras de Colombia).

The First Capital Command, or PCC, is a criminal organization that emerged in Brazil’s penal system. Although it is not currently known if members of the FARC participated in the PCC’s April raid, the episode is the latest example of the growing power of well-armed criminal organizations affecting regional stability and national security.  The PCC has exercised its power far beyond prison walls.  To force concessions from politicians and police to end their more heavy-handed approaches against their members, the PCC has directed campaigns of violence aimed at the Brazilian state and society.  For example, as a way to force police to end their repression in neighborhoods where they operated and to prevent the transfer of over 700 gang members to maximum-security prisons, the PCC coordinated a multiday attack against nearly 300 sites across Sao Paulo in May 2006.  The PCC attacked police stations, transit centers and governmental institutions, killing 261 people.

The PCC’s violent activities reflect what Martin Van Creveld wrote in the Transformation of War, “Often crime will be disguised as war whereas in other cases war itself will be treated as if waging it were a crime.”  Instead of “transformation,” other scholars have labeled the war and crime nexus as a “convergence.”  Politically motivated non-state groups like insurgents and terrorists engage in criminal enterprises to keep their struggles alive, while criminal groups turn to warlike tactics to keep themselves in business and to expand their power.  Low-intensity conflict may be high-intensity crime; meaning that one person’s gangster may be another person’s terrorist or insurgent.

This convergence of war and crime has stark implications for military professionals and others who are steeped in the Clausewitzian tradition.  If war is the extension of politics, what are the implications when war is the extension of criminal enterprise?  Beyond the PCC’s raid in Paraguay, this is an important question when assessing how the criminal activities of other violent non-state actors like terrorists, insurgents and militias affect the direction of conflict.  If the FARC’s criminal enterprises continue in the post-conflict environment of Colombia, the group will mimic Colombia’s right-wing AUC (Autodefensas Unidas de Colombia), which devolved into full-fledged organized crime after its 2006 peace agreement with the government.  Large portions of Colombia may have been freed from the AUC’s menace, but have remained at the mercy of highly violent, well integrated BACRIM (bandas criminals, or organized crime).  Despite the prevalence in the region, the convergence of war and crime is not a uniquely Colombian or Latin American problem.  A recent study by the Uppsala Conflict Data Program (UCDP) revealed that Africa has experienced 630 state-based and non-state armed conflicts between 1990 and 2015, which were fought by what Paul Williams labels “incoherent conflict parties” comprised of government forces, militias, insurgents and criminal gangs.

Convergence has already created a number of festering national security issues for the United States.  Although ISIS is losing its gains in Iraq and Syria, its well-established connections to criminal enterprises such as oil smuggling, narcotics distribution and kidnapping for ransom allow them to morph into terrorists-for-profit and weather any setbacks.  Russia’s annexation of Crimea was assisted by criminal elements of an organized crime syndicate, whose leader Sergey Aksyonov is currently the head of the Crimean government.  Added to these challenges of convergence is a criminalized state like North Korea, which uses an entire segment of its government to generate revenue from illicit activities as a way of funding their military programs.

Given these various abiding national security challenges and the growing worldwide prevalence of convergence, greater effort is needed to understand the gravity of the convergence of war and crime.  Policy-makers, military strategists and academics should bear in mind three critical facets of convergence.

Crime is also an instrument of power.  Although policy makers and military strategists continue to think along the lines of traditional instruments of power—diplomacy, information, military and economics (DIME)—convergent actors see crime as part of their part DIME.  Rather than existing in opposition to statecraft, illicit activities and reliance on organized criminal syndicates to achieve national security objectives are part of the repertoire of many states.  North Korea along with Russia, Venezuela and other countries have not only nationalized organized crime, they have industrialized it as well.

Micropower is as important as hard and soft power. According to Moises Naim in his book The End of Power, micropower emanates from smaller, largely overlooked actors that were once negligible; micropower thwarts large bureaucratic organizations that previously controlled their fields.  Micropower is “not burdened by the size, scale, asset and resource portfolio, centralization and hierarchy that the megaplayers have deployed,” and those that wield it can outflank larger, more established actors such as governments and militaries. Organized criminal syndicates and prison gangs possess micropower with the ability to affect state security and regional stability.

Using these three facets as conceptual lenses, the PCC’s midnight heist raises new and more provocative questions.  Will the PCC use the $8 million in stolen loot to entice members of the FARC who have expertise in more proficient uses of violence that the PCC lacks?  How will the growth of the PCC and its connections to the FARC intersect with growing governance challenges in several countries around the region?  What are the implications for peace in Colombia if the remnants of the FARC are able to use their links with the PCC to streamline cocaine trafficking?

By understanding the new realities of convergence, what appeared as a prison gang’s daring and profitable heist, is in fact emblematic of the greater peril for the future of peace and stability.

Dr. Paul Rexton Kan is Professor of National Security Studies at the US Army War College. He would like to thank Noah Reighard for his research and editing contributions in writing this article. The views expressed in this article are the author’s, and do not necessarily reflect those of the United States Army, the Department of Defense, or the U.S. Government.