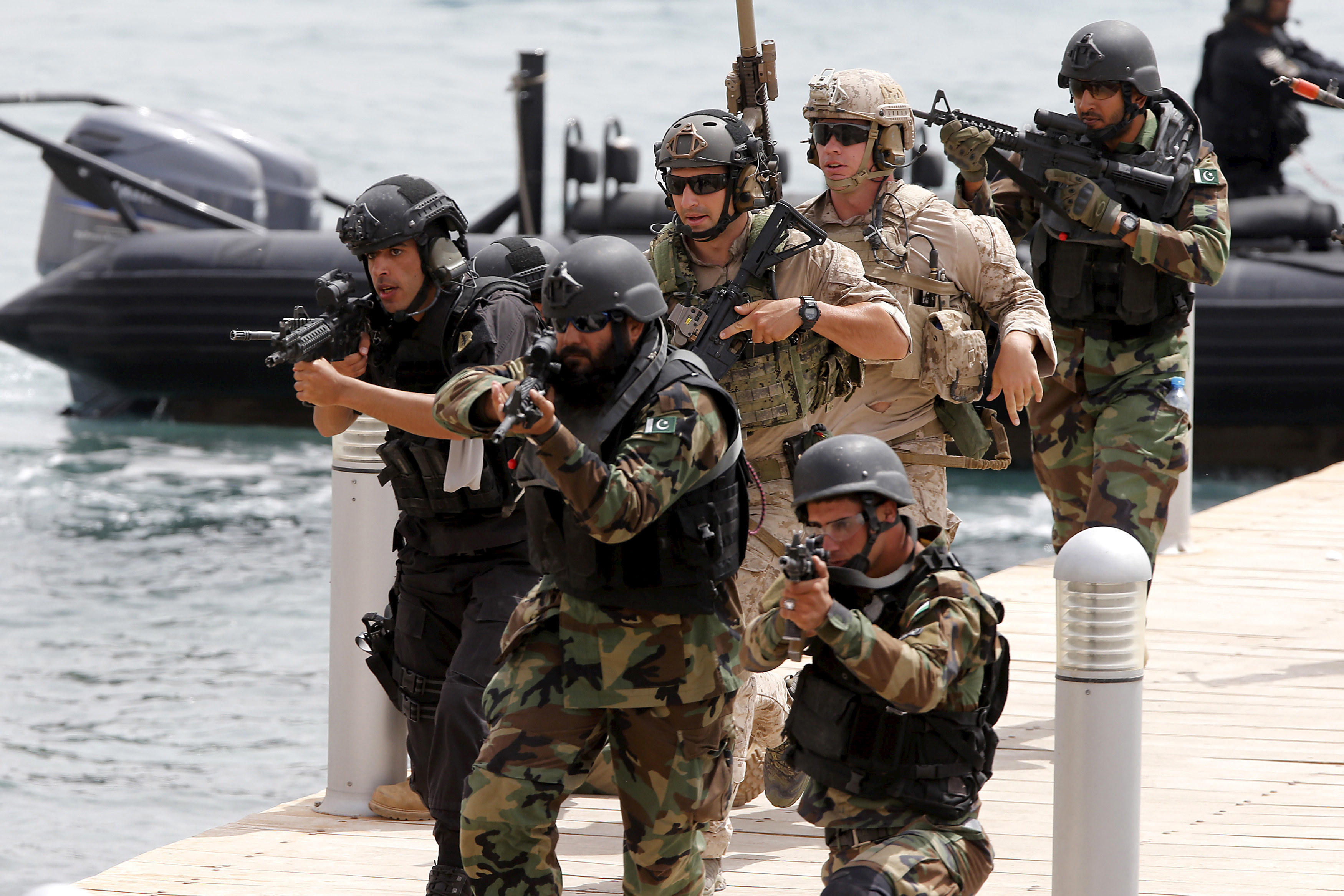 One point is unequivocal: U.S. engagement had not adequately facilitated Mali’s security abilities

During a visit to Mali in early 2011, a senior official from United States Africa Command (USAFRICOM) asked a group of U.S. trainers, “We’ve invested millions of dollars here, why are we not seeing any real progress?” In response, a U.S. Special Forces officer working with the Malian military stated, “Sir, just as dumping a million water bottles into the sand doesn’t get you a lake, spending millions of dollars on security cooperation without a solid foundation won’t get you results either.”

Over the course of the following year, the Malian military struggled against a Tuareg insurrection. Enabled by Al Qaeda-affiliated terrorist groups, the insurgents overran huge swaths of Malian territory and ultimately established a caliphate in northern Mali. The Malian government collapsed, requiring French intervention to prevent the threat from reaching Mali’s capital.

The unfortunate developments in Mali were not entirely unpredictable or unavoidable. Although it is unknowable how the U.S. could have changed the sequence of events, one point is unequivocal: U.S. engagement had not adequately facilitated Mali’s security abilities to prepare for this series of events.

Why was this the case? Although the United States was not engaged in armed conflict in Mali, it did have a stake in the outcome. Yet the activities of the U.S. Embassy in Bamako, the Geographic Combatant Command, the force providers, and the host nation were not entirely coherent, optimized, or focused enough to ensure effective engagement. How can the U.S. get better at security cooperation in areas where partners are engaged in active conflict?

Security cooperation is a core mission of the U.S. military, which is evolving from focusing on fighting wars alongside partners to preventing wars in the first place. Significant threats to the U.S. emanate from violent non-state groups which find asylum and nourishment in unstable, fragile states. The power of government in these states is tenuous, often too weak to neutralize the threat within its borders. Based on a theory that in today’s global environment “instability breeds chaos,” the United States has increasingly taken a preventative and cooperative approach to counter global threats, seeking to assist partner states in providing for their own security.  Terrorist attacks on American soil graphically showed that fragile states that allow violence to fester are a significant threat.

As noted in a report by the Open Society Foundation, the United States has long provided security assistance to other states.  The Foreign Assistance Act of 1961 put the Department of State (DoS) in charge of this effort as part of its mandate to control foreign policy.  The Department of Defense (DoD) role has been that of administering the programs on behalf of DoS.  That organization started to shift after 9/11, when security cooperation received renewed emphasis. Foreign assistance increased dramatically and the balance started to shift from programs under the DoS to the DoD.  By 2015, DoD controlled almost 60 percent of all such funding, compared to 17 percent in 2001. A number of factors led to this increase, including DoD’s greater capacity, manning, and funding which allowed for a more expedited response.

The United States conducts security cooperation around the world, using a variety of methods depending upon the capacity of the partner and the nature of the threat. Security cooperation includes all DoD activities “with foreign security forces and their institutions to build relationships that help promote U.S. interests; enable partner nations to provide the U.S. access to territory, infrastructure, information, and resources; and/or to build and apply their capacity and capabilities consistent with U.S. defense objectives.” As noted in a Joint Forces Quarterly article, these range from routine engagements between military personnel to complex advise-and-assist missions, and engagements can be designed to build a nation’s capacity to combat internal threats or defend against foreign pressure. Yet all activities share a common goal: to strengthen American security by increasing a partner’s ability to defend itself and contain internal threats.

Security cooperation has obvious appeal. The U.S. military cannot fight everywhere. What more efficient way to achieve national security objectives than through the efforts of a like-minded partner? To paraphrase Kipling, “they are cheap, but we are dear.” Partner militaries are often less expensive to train and deploy than are U.S. forces. Security cooperation is therefore a key component of the 2017 U.S. National Security Strategy, which emphasizes maintaining a relationship with allies and partners. The strategy specifically discusses assisting other countries in building capacity to combat threats such as transnational terrorist and criminal organizations. The 2018 National Defense Strategy also states that an “alliance and partnership architecture” is essential for the United States to “prevail in conflict and preserve peace through strength.”  In 2017, Congress established a new “Security Cooperation” chapter in the laws that shape the DoD.  And finally, the DoD published new doctrinal guidance on strengthening partner militaries, increasing the importance of security cooperation missions last year.

However, despite this increased focus on security cooperation, significant problems persist in how the DoD organizes these efforts. Change is needed.

The problem is largely structural, and most evident in what we call the “messy middle” of security cooperation. For the purpose of this discussion, this space largely includes support to operational activities of the partner nation to counter an active, violent threat within the country, but where U.S. forces are not yet significantly and directly engaged themselves. In the messy middle, regionally-focused Geographic Combatant Commanders develop security cooperation strategy in cooperation with the country-focused U.S. Ambassador. Although the United States has well-established processes and delineated responsibilities for the discrete security cooperation functions, it struggles to achieve unity of effort. The hallmarks of security cooperation are well-intentioned activities that lack coherence. This is a product of the federated approach used to plan and execute security assistance.

The problems of the messy middle usually cannot be solved directly by U.S. forces. Yet they tend to be beyond the capabilities of traditional approaches to foreign military cooperation, in which routine partnerships are managed by Security Cooperation Officers and Defense Attachés who operate from the U.S. Embassies and Consulates in those countries. These personnel are not positioned to manage the complex challenge of aligning the activities of all of the key actors. Misalignment is the greatest challenge in the messy middle of security cooperation, and the main cause of U.S. problems with it; it arises from several sources.

The U.S. military needs security cooperation leaders who are comfortable with the challenges and ambiguity of enabling partner forces

First, each host nation has its own unique structure, interests, and strategy to address threats. Each partner military operates within a set of authorities, regulations, and other constraints or limitations that also impact the efficacy of U.S. security cooperation engagements.  The relationship with the host nation can be particularly challenging as misalignment of strategies may reflect a classic principle-agent problem, a simple communication problem between well-meaning partners, or a combination of both. Security cooperation has the most potential to be effective when the strategic, operational, and tactical aspects for the United States and its partner align.

Second, U.S. national, regional and partner-specific goals may not be coherent or compatible. U.S. national interests are typically broad and may be in competition with one another.  For instance, one U.S. interest in a country may be prevention of terrorist attacks against U.S. citizens while a potentially competing interest is the adherence to the rule of law, including due process, by the partner nation.  Geographic combatant commands (GCC) develop an overarching regional campaign plan and use security cooperation engagements to support that plan, but these efforts may not align with those of the U.S. Ambassador and country team, who also develop a concept for advancing U.S. interests and engagements in their respective countries. The country team is in theory the focal point for integrating all U.S. Government programs and perspectives, including the COCOM strategies and security assistance efforts. Their regular engagement with the host nation contributes to a more detailed and in-depth understanding of the partner, the unique challenges they face, and the viability of U.S. strategies. Yet their country focus does not encourage a holistic view of regional goals to the same degree as the GCC.  Assessments and feedback provided by rotational forces, visiting personnel, and analysts in Washington can be incongruent with the perspectives of the country team and lead to disagreements about how to engage effectively.

Finally, the goals of U.S. military service-provided units often differ from those of the regional or country-specific teams. Service-provided units are usually not assigned to the GCC.  As rotational forces, acting under their respective service component command, they typically execute security cooperation in a decentralized manner. Whereas the services are responsible for manning, training, and equipping their forces to ensure they are ready for deployment, the GCC is focused on its campaigns and strategies. While the two should be mutually supporting, some units deploy with limited knowledge or awareness of long term strategic objectives and therefore focus on their service-directed requirements.  In Mali, for example, some units on small-scale deployments viewed their engagements primarily as a unit training opportunity or solely in support of a foreign military sales case, not as part of the plan to facilitate security.

Security cooperation at the tactical level may align, but as the training and equipment are applied by the partner nation, the value of those security cooperation efforts may decrease as they are applied in different ways and/or towards different ends.   Returning to the Mali example, the United States was primarily focused on developing a force to counter threats posed by AQIM, while the Malian senior leadership was focused on resourcing efforts to counter potential Tuareg threats.  This misalignment led to a counter-productive engagement. The product of this system is pervasive misalignment and a lot of wasted effort – water bottles dumped in the sand. We need an Operational Integrator.

The Operational Integrator needs to do four things:

The U.S. military needs security cooperation leaders who are comfortable with the challenges and ambiguity of enabling partner forces.  But to significantly improve the efficacy of security cooperation, those leaders must also have the operational expertise to tie numerous training and equipping efforts to the strategy of the United States – as well as the partner force.  The Operational Integrator is a position with incredible potential to impact security cooperation in a positive manner, but a duty which requires the right person for the job. How to develop such leaders is a crucial question, but beyond the scope of this essay. What is clear is that the current approach is not working.