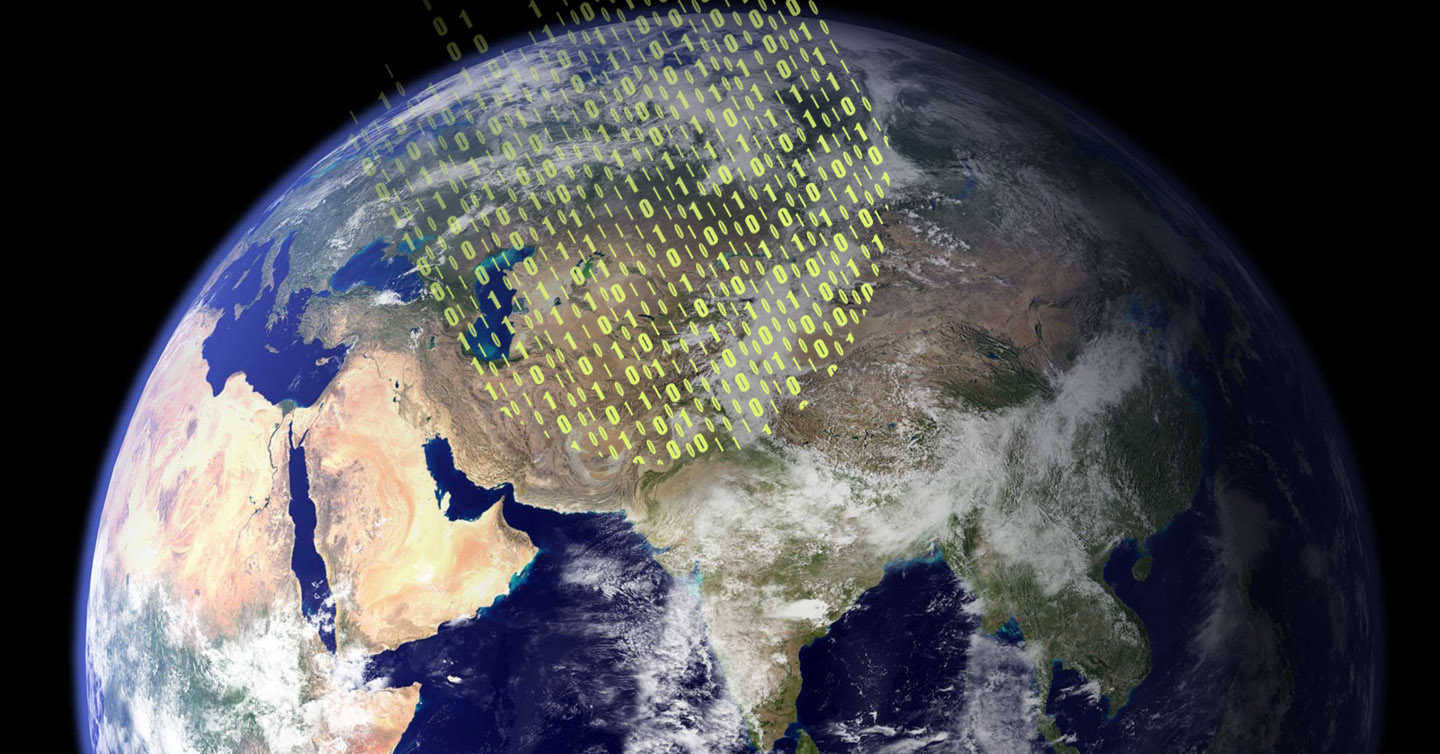 In February 2019, in (Indian-administered) Southern Kashmir, a Jaish-e-Mohammed (JeM) terrorist cell attacked an Indian paramilitary convoy with an improvised explosive device (IED). Two weeks later, when India launched airstrikes against a suspected JeM camp in Pakistan, it escalated the incident to a military crisis. Pakistan quickly weaponized its social media space, spreading disinformation or “fake news,” using old photographs and videos of downed jets and destroyed equipment, implying their wreckage resulted from the recent aerial duel between its airforce the Indian fighter jets. In doing so, the Pakistani security establishment successfully used social media and television to spread disinformation and chaos through multimedia content, and turned the Indian public against its own political leadership, in what seems to have been — until now — a rare example of organized state-sponsored weaponization of social media — during an active military crisis.

The capabilities and capacities of actors to push content into the information environment depends on the timely and calibrated use of available communication tools. The objective is to manage the perception of the targeted audiences — electorates, civil societies, or the public sector — to influence policy-makers. Propagandists now exercise increasing sophistication in their communications, effectively weaponizing social media to further their aims, as in the foregoing example. The implications of a weaponized social media space demand recommendations about what the strategic community should anticipate in future instances of such activities.

Social media has been used before to stir trouble, but the extent to which social media was weaponized throughout a crisis response is potentially revolutionary. Pakistan combined its social media capabilities with a calibrated disinformation campaign to offset India’s superior conventional military capability. The Pakistani security establishment unleashed chaos with concerted and coordinated action, led by its Director General of Inter-Services Public Relations (DG-ISPR), with the active support of the Pakistani intelligentsia — plus a few Indian opportunists.

This continues a trend whereby actors are becoming more sophisticated in weaponizing social media by setting clearer objectives and sowing more than mere disruption into the target societies. Russia is certainly an example. Since 2004, Russia recognized the importance of information operations in future conflicts, using it to great success in Georgia in 2008 and subsequently in its annexation of Ukraine’s Crimean Peninsula in 2014. In the 2016 U.S. presidential election, Russian trolls (disguised as American users) apparently tried to influence American voters by leading political discussions and debates on social media — despite normal relations between those countries. American intelligence agencies woke up to their own unprecedented information operation across the social information space. A massive psychological operation led by Russian firms had been active since 2014 but was not discovered until much later. By then, the slow damage to Americans’ cognitive space had already been done.

Another example is how ISIS cyberwarriors, trolls, and sympathizers innovated their exploitation of social media platforms to spread disinformation and propaganda globally, to attract adherents into their imaginary caliphate. Both adversarial campaigns succeeded to a degree, yes. But the objectives were less clear and the effects were less apparent. The early February 2019 military crisis between India and Pakistan took media weaponization to a new level. ISIS’ social media operation had disruptive effects, characterized by its dissemination of a strategic message (objective) using strategic communication methods.

It demonstrated the extent to which a non-state actor could go to mobilize public opinion, using every conceivable social media application to spread its propaganda — and its legitimacy – with a strategic exploitation of the social information space. The campaign’s disruptive effect was marked by specially crafted content in the form of videos, texts, and memes it channelled across the social information space, shared extensively via bots and phony profiles. As a result, it drew tens of thousands of foreign nationals into the conflict zone to join the Islamic State caliphate. Here, a non-state actor, with a rudimentary war-fighting capability, engaged in active war with sovereign countries using superior narratives built in social media spaces.

What the India-Pakistan military crisis of 2019 demonstrated was how speed and coordinated action to weaponize social media early can have extraordinary impact on an unfolding crisis. Speed is key whether a battle is fought on the ground or in cyberspace. The first side to make a move sets the tone and direction of the fight. Besides swift action, the coordination of activities from multiple points has an important influence on the outcome. Deploying calibrated propaganda helps spread chaos and confusion in the targeted citizenry’s minds. Phony social media accounts push masses of information into various forums to turn fiction into “fact” before the truth has a chance to prove itself.

After a February 14th suicide attack by JeM, there was a mixture of both disruptive and interference effects. First, JeM used social media to claim responsibility for the attack. After that crisis, triggered by a non-state actor originating from Pakistan, India retaliated with a counter-terror operation in Balakot, Pakistan (Khyber Pakhtunkhwa). During the first 60 hours after that operation, the sovereign state of Pakistan achieved effects by weaponizing the social media space. It harnessed social media forums and channels that its security establishment had developed over time. All of a sudden, social media was filled with a running narrative, pushed by a mix of verified and suspiciously obscure profiles, all accusing the Indian prime minister of using the Pulwama IED attack as a pretext for war — to boost his party’s chances in upcoming elections. The narrative was gradually built up following a counter-response by Pakistan’s air force on February 27, in which India and Pakistan each apparently lost a fighter jet and Pakistan captured an Indian pilot. During Pakistan’s custody of the pilot, another round of social media propaganda — shared by suspicious profiles — ran through authentic social media forums, sometimes including conciliatory hashtags such as “#SayNoToWar.”

Adversaries weaponize social media not just to counter, but also to overwhelm, their enemies with content

Developing capabilities in a social media space is a prolonged process. While one can certainly create phony profiles quickly to get into various discussion forums and sow counternarratives against a target nation, it requires resources and time to achieve sustained effects. In that sense, the Pakistani military establishment was well ahead of its Indian counterparts in exploiting the benefits of social media to influence public opinion and shape the response emerging from the Indian electorate. Different sets of information were channelled through official and phony social media accounts across the social information space. While the DG-ISPR busied itself with making press statements and posting information on its official Twitter, Facebook, and YouTube sites, other (obscure) social media profiles posted information about the Indian air force’s movements and developments regarding its captured pilot. The entire system worked like a well-oiled machine. Overall, it was an active information war between two sovereign states, triggered by a non-state actor operating with Pakistan’s strategic support.

Chaos and Confusion: War Lost in the Mind

The social information space matches the physical battlefield in many aspects, except that losses at the cognitive level influence decision-makers in the government and soldiers on the ground alike. The intensity and quantity of content’s spread across the information space adds to the complexity and uncertainty facing senior leaders. Adversaries weaponize social media not just to counter, but also to overwhelm, their enemies with content. In the absence of an equally potent response, the claims made by an adversary’s propaganda machinery may appear valid, thereby disrupting the friendly force’s narrative. The past few years have seen this approach to social media mature, from Russia’s bombardment of the United States with messages meant to aggravate pressing issues within American society to the more sophisticated efforts by JeM.

The dangers of ignoring the weaponization of social media are significant. In the case described above, Indian agencies were caught off guard by an advanced Pakistani perception management machinery that dominated the social information space. While the Indian government used traditional methods such as press releases and public statements, the Pakistani military used social media as part of its strategic communication toolkit, to push its version of the ongoing crisis. Indian journalists struggling to get information got bombarded with fabricated content instead, including from phony social media accounts shared by unwitting Indians. Utter chaos and confusion reigned in the cognitive space, with some Indian intelligentsia also sharing questionable information and fabricating content — to support their own political agendas against the ruling political party.

These efforts’ successes suggest weaponized social media is here to stay. In the age of social media, polities, policymakers, and populaces are highly interconnected. Decisions and their implementations are subject to a feedback cycle of scrutiny and comment from the citizenry. By manipulating this response, an adversary can apply pressure to the opposing government during a security crisis. Such pressure from the Indian citizenry informed both the cross-border strike by the Indian Army in 2018 and the later counter-terrorism operation in Balakot.

Whether related to an ongoing trade war with China, or to the meddling of Russian trolls in U.S. elections, or to hampering U.S. operations in Afghanistan, both state and non-state actors can trigger, or intervene in, crises between the United States and an adversary. So what should be done?

For starters, nations need to better prepare for this new threat. In this context, Martin.C. Libicki’s “CNNization” of war remains relevant. A crisis triggered by a non-state actor backed by a sovereign state has the potential to disrupt the relationship between the United States and its allies. The effect may not be direct but it will have a subtle and cascading influence. The U.S. strategic community must understand and address the evolving nature of warfare as it plays out in the fifth domain — cyberspace. The goals should be better recognition of adversaries’ uses of social media and the development of campaigns to counter their effects before crises occur. It is not desirable (perhaps not even possible) to effectively react once the adversary has flooded the information space. Involvement in the social media space must be oriented on promoting the nation’s narrative in ways that blunt the adversary’s messages before they are even posted. A weaponized social media is useless to an adversary whose messages are like shooting blanks.

For the United States, necessary institutional changes such as transforming Cyber Command into a full combatant command are welcome. However, instead of operating in silos, institutions related to information warfare should further integrate into joint organizations which consolidate cyber, electronic, and information warfare operations under unified leadership. Any institutional gap is risky, providing avenues of exploitation for adversaries in this new, highly dynamic, and competitive information space.

Debasis Dash a strategic and defence studies scholar focused on the intersection of technology and military strategy. The views expressed in this essay are those of the author and do not necessarily reflect those of his employer Frost & Sullivan, the U.S. Army War College, U.S. Army, or the Department of Defense.