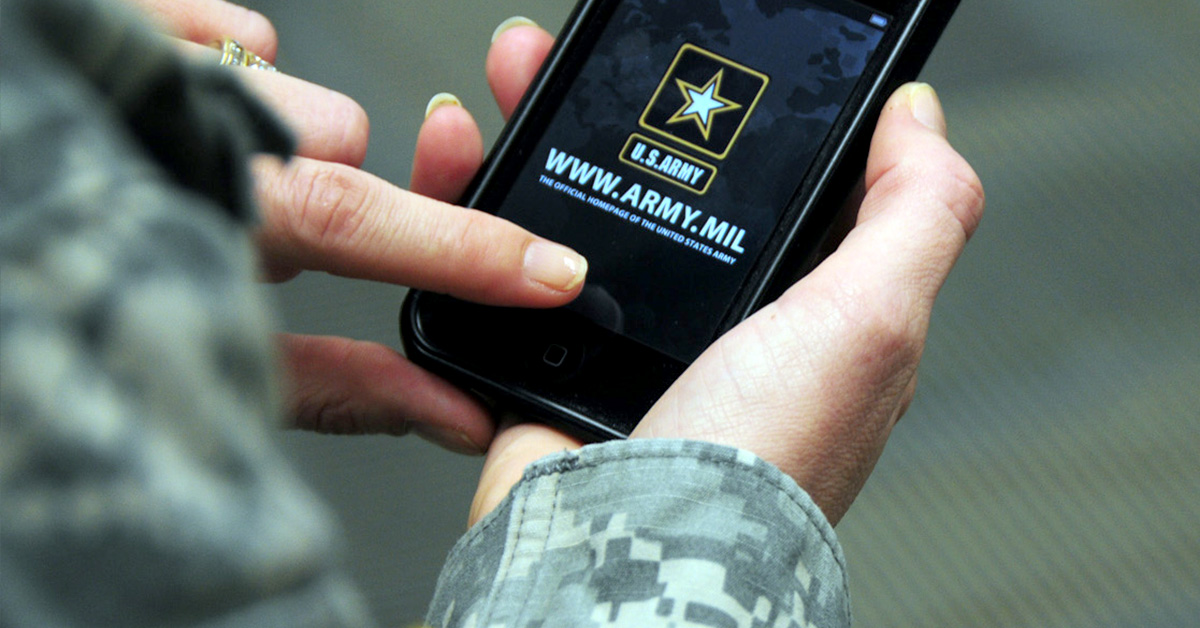 Sleep deprivation is a problem at all levels in the military

Technology now gives people around the world constant, unlimited access to information. Despite the opportunities this brings, research shows that the continuous use of such technologies also carries potentially negative consequences, such as sleep deprivation. Strategic military leaders need to wake up to the real and present danger of mixing the professional practice of soldiers always being on duty with a personal culture of ‘never disconnecting’ from devices.

Over the next three years, the first members of the Millennial generation (those born between 1981 and 1996) will lead the U.S. military. Sometimes referred to as “digital natives” (i.e., those raised in a completely digital world), they are currently the most connected generation in the workforce. Not enough is known yet about their potential for burnout, depression, or other negative second-order effects of always being engaged and connected. However, evidence suggests the Department of Defense (DoD) should wake service members up to the effects the technological revolution may have on their mental health and general wellbeing. With constant access to personal technology, a combination of distractions, information overload, and sleep deprivation caused by using it long term has the potential to hinder the cognitive ability of Millennials to think and act at the strategic level.

In 1971, Dr. Wayne Oates established the concept of “workaholism.” Nearly 50 years later, personal technology is redefining what it means to be a workaholic. The military environment naturally lends itself to promoting workaholism, and technology further enables senior military leaders to remain connected. A 2016 study at Lehigh University found that after-hours work, particularly checking email using personal technology, leads to emotional exhaustion. A related study from 2010 found that workaholism is associated with psychological distress and physical complaints. The results from a survey in 2016 indicate that 24% of Millennials are willing to forfeit days of leave, and 59% of Millennials “feel ashamed” for taking leave. The invasive nature of personal technology indicates a reasonable expectation that each successive generation will be even more entrenched in technology, ultimately prone to workaholic tendencies and the associated implications.

Military members of the Millennial generation have spent most of their careers being shaped by, and engrossed in, the technological revolution. Surveys indicate that 74% of Millennials believe personal technology makes their lives easier. Also, 78% of Millennials are “extremely dependent” on their devices, and as many as 40% succumb to the urge to look at their cell phones at least one time every 10 minutes. Additionally, 83% admit to sleeping within arms-reach of their devices. Although studies and surveys suggest Millennials handle constant exposure to technology and access to the internet differently than older generations (with neither positive nor negative implications noted), the cumulative effects are unknown.

A 2008 U.S. Army project, the Study of the Human Dimension in the Future 2015-2024, acknowledges that technology exacerbates the demands on leaders, resulting in increased fatigue and stress. The study also suggests the need for additional training to assist leaders in managing and mentally coping with the uncertainty and complexity caused by information overload. One’s mental health, as outlined in Army Regulation 600-63, “Army Health Promotion,” is a significant component of resiliency and readiness. Neglected mental health caused by fatigue and stress manifests itself in illogical thinking, loss of concentration, burnout, and sleep changes (among other symptoms). Burnout is correlated with irrational decision making, increased risk-taking, and decision making avoidance; therefore, these symptoms are particularly severe for senior military leaders making decisions with national security implications. Three specific areas of mental health that relate to the prevalence of personal technology — distractions, information overload, and sleep deprivation – bear further exploration here.

Cognitive control manages the brain’s ability to handle distractions and interruptions. Disruptions from irrelevant information and interruptions from attempting to multitask are referred to as “interference” by cognitive neuroscientist Adam Gazzaley. He argues that interference “degrades our perceptions, influences our language, hinders effective decision making, and derails our ability to capture and recall detailed memories of life events.” A 2009 study from Stanford University determined that individuals classified as “chronic heavy media multitaskers” are more susceptible to allowing irrelevant information to cause mental distractions than individuals whom rarely multitask. Additionally, the study determined that heavy multitaskers are more prone to allowing irrelevant information stored in memory to influence their actions. Senior leaders who multitask to overcome the demands placed on them are actually rapidly task switching, depleting their energy (and exacerbating the sleep deprivation issue, to be discussed later), and are likely to be allowing irrelevant information to distract them — and to negatively affect their ability to make optimal decisions.

Information overload has been an issue for humans since the invention of the printing press nearly 600 years ago, but the technological revolution makes it an even more significant challenge today. Forty-one percent of Millennials believe they have experienced information overload. Neuroscience proves the brain is limited as to how many sources of information it can access at one time. Information overload forces decision makers to search for a means of coping with the barrage of information, and often results in senior leaders using analogies, or heuristics, to cope. Additionally, various studies indicate that information overload decreases performance due to cognitive task saturation. Because it is impossible for senior leaders to synthesize all the information that comes at them, resorting to the use of heuristics or other forms of oversimplification potentially results in sub-optimal decisions.

Finally, sleep deprivation is a problem at all levels in the military, and because it decreases metacognitive capacity, it is cause for significant concern among senior leaders. In 2015, a scientific study sponsored by the National Sleep Foundation confirmed the requisite amount of sleep as 7-9 hours for adults in the 25-64 age range, and noted that regular sleep outside this range “may be compromising their health and well-being.” On the heels of this study, research from the Better Sleep Council found that 30% of Millennials believe that sleeping this much is a “waste of time.” Related, and possibly explained by this dismissive attitude toward the importance of sleep, Villanova University released the results of a study on cell phone use during sleeping hours, finding 25% of participants sent a text in the middle of the night. Additionally, more than half of Millennials surveyed check their phones in the middle of the night. The blue light emitted from cellphones and computer screens replicates the sun, tricking the mind and body clock in to extending the day if it is evening or starting it earlier than normal if it is morning. As a result, the 24-hour use of technology confuses the brain, intensifying the issue of sleep deprivation. This is particularly concerning as studies conclude that sleep-deprived individuals perform poorly when making strategic decisions that require integration of information and synthesis of external and internal environmental factors.

Combating the negative effects of personal technology begins with awareness and education. The oldest members of the Millennial generation will attend a Senior Service College or its equivalent as early as academic year 2021, while younger Millennials are already attending lower levels of professional military education (PME). Each individual service must immediately address changes to curricula for PME at every level, adding discussion on cognitive limitations, executive functioning, and other limitations and effects that potentially stem from the overuse of personal technology. Additionally, discussion should focus on ways to overcome these threats, including education on the “sensational six:” sleep, nutrition, exercise, meditation, stimulation, and connection. Each service ultimately needs to ensure Millennials understand the importance of prioritizing their schedules to include periods during which they can disconnect and mentally recharge.

Furthermore, DoD should request and fund a study focused specifically on the actual synergistic effects of distractions, information overload, and sleep deprivation. DoD currently supports studies focused on sleep deprivation. There are also studies at civilian institutions focusing on the effects of personal technology. However, DoD needs a comprehensive study focusing on the consequences of technology overuse specifically within the Millennials’ population. Such a study is necessary to identify potential risk factors for future senior leaders, to enable them to be effective, ethical decision makers.

As Sophocles noted nearly 2,500 years ago, “Nothing vast enters the life of mortals without a curse.” Millennials grew up in an always-on, connected environment. While there are certainly advantages to unrestricted access to information and of always being aware of what is happening within an organization, such awareness can also result in ineffective leadership. Millennials tracking minutiae – just because they can — unwittingly risk losing their abilities to think and act at the strategic level. The relative novelty of this technological revolution means little research exists, about how constant exposure to devices may affect the cognitive decision-making abilities of this rising generation. Waiting and watching won’t do. It’s critical that DoD “wake up” today, and focus itself on what distractions, information overload, and sleep deprivation can do to the minds of tomorrow’s decision makers.’ Only then can it prepare them for effective leadership of our military.