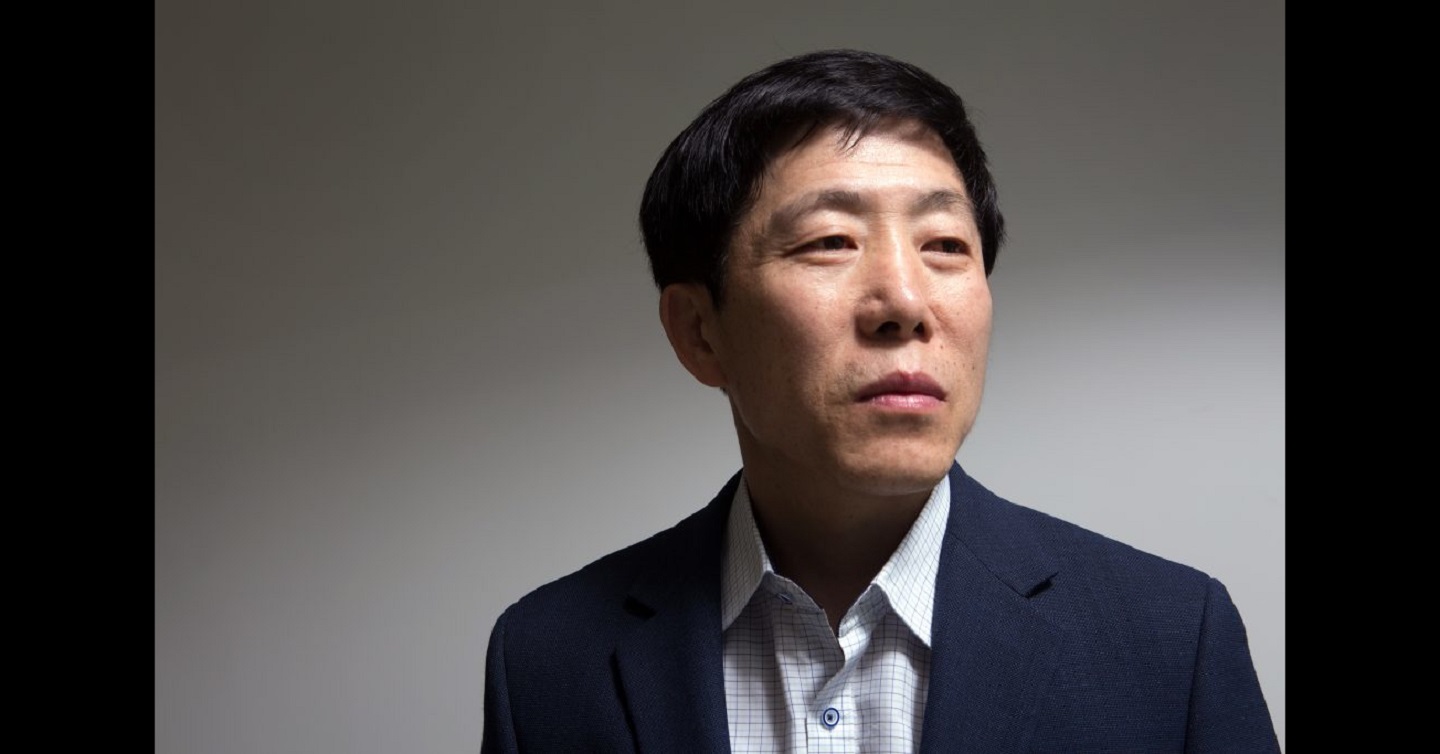 The sparks that had defined the previous weeks promptly fizzled out.

Two and a half years of relative tranquility on the Korean Peninsula was shattered in the month of June 2020. It began on the night of May 31, when South Korea-based North Korean defector groups floated balloons with anti-North Korean messages across the border. The North Korean government quickly and aggressively denounced the act. A little over a week later, the leadership in Pyongyang cut off all contact with its counterparts in Seoul, including the direct lines of communication between the two countries’ leaders, militaries, and the jointly run liaison office in the North Korean border city of Kaesong, a symbol of inter-Korean diplomacy. North Korea then escalated further. The General Staff Department, the administrative head of its military, stated it was reviewing a plan for action along the border (Demilitarized Zone, or DMZ), and in a dramatic move on June 16, demolished the aforementioned liaison office, laying waste to any hopes of a return to normal relations. North Korea’s United Front Department, which handles affairs with South Korea, prepared to release balloons and leaflets of its own while the military re-erected loudspeakers to blare propaganda across the border. As tensions continued to mount, on June 23, the Central Military Commission, which is chaired by leader Kim Jong Un and wields ultimate authority over the military, took the proverbial step back, deciding to postpone military action. Later, North Korean media reported that it had suspended the leaflet campaign as well. The sparks that had defined the previous weeks promptly fizzled out.

In evaluating North Korea’s fit of rage towards the South, it is important to keep in mind that nothing is ever certain when studying the world’s most opaque nation, but there are patterns upon which to draw. Although actions of North Korean defectors in South Korea served as the initial catalyst for potential confrontation, a closer look at the current state of affairs within North Korea may very well reveal internal circumstances as the main driving force behind its outburst.

First, the principal protagonist of the belligerent messages from North Korea was Kim Yo Jong, younger sister of Kim Jong Un. While she has been a prominent figure in the government at least since her brother’s highly publicized escapades with world leaders in 2018-2019, the younger Kim has made very few public statements. Though she reportedly ascended to full member of the highly powerful Politburo, chief decision making body of the ruling Workers Party, which means she has gained notional power, the younger Kim also likely needed legitimacy among the entrenched power circles. Without a military background, serving as the face of confrontation against eternal enemy South Korea was possibly intended to help Kim Yo Jong accumulate all important “revolutionary credentials” in the socialist state.

Beyond an opportunity to elevate Kim Yo Jung’s political status, escalating tensions with South Korea could have been an outlet for growing domestic anxieties, especially economic. In 2018, Kim Jong Un stated that with nuclear weapon development complete, state focus would shift to building the economy. However, economic buildup has hardly been triumphant. The North Korean leader was unable to achieve relief from United Nations-imposed sanctions, put in place as a response to North Korean nuclear development, through diplomacy with the United States, including two summits with President Donald Trump. Owing to these frustrations, the national theme for North Korea in 2020, as outlined in Kim Jong Un’s New Year’s speech, is a “full frontal breakthrough.” This included the leader telling his people that they would once again have to prepare for difficult times, or “tighten their belts,” as the nation forged its own economic path, i.e., no more relying on diplomacy to earn cash. A report released by the United Nations earlier this year revealed that, throughout 2019, North Korea had been dealing far beyond sanction limitations on goods such as coal and oil due to lax enforcement, suggesting Pyongyang should have had some funds in its coffers pre-Covid-19, when the country chose to close the border to its largest economic benefactor by far, China. Because of its dependence on its northern neighbor, the Coronavirus has wreaked special havoc on North Korea’s fragile economy. Authorities in Pyongyang attempted to slowly reopen the border beginning in June, but reconnecting severed commercial ties—including, if not especially, smuggling networks—will take time and is vulnerable to the ebbs and flows of the virus containment in China.

Along with severely impacting the already difficult lives of ordinary citizens, the economic damage has likely disrupted plans to complete major construction projects, such as the Pyongyang General Hospital. These grand endeavors hold the important symbolic value of modernization and socialist achievement. They are usually completed so unveilings coincide with major events. This October is the 75th anniversary of the founding of the Korean Workers Party, and plans are reportedly underway for a gaudy celebration in Pyongyang. But completion of the hospital may be behind schedule as material acquisition has been impacted by Covid 19-induced trade restrictions. The government was also hoping to partially finance these projects through selling state bonds in order to raise foreign currency, the preferred method of transaction of the North Korean monied class. However, the North Korean wealthy have reportedly been reluctant to buy in. This not only strikes a blow to depleted state coffers but also demonstrates that even North Korean businessmen are skeptical of their own government’s credit.

Always sensitive to any slight to its political legitimacy, the balloon and leaflet affair provided Pyongyang with an opportunity to redirect public angst.

So what does possible internal strife have to do with South Korea? After all, the government in Seoul is not assisting with these projects and is prohibited by UN sanctions from conducting business in general with North Korea. But even in the world’s most repressive state, leaders can feel pressure. Always sensitive to any slight to its political legitimacy, the balloon and leaflet affair provided Pyongyang with an opportunity to redirect public angst. North Korean media displayed images of citizens mobilized in well-coordinated protests decrying the enemy, traitors who escaped to the South and then slandered the “dignity” of the dear leader. The government then uses its internal propaganda apparatus to direct its people to work harder for the state and defeat the corrupt capitalist enemy of South Korea.

Even the threats of military action contained outlets for de-escalation. Ultimatums to Seoul have served as a signaling device for the leadership in Pyongyang, implicitly stating its intentions and how each side can lower tensions at hand. North Korea captures South Korea and its American ally’s attention while creating significant propaganda material for a domestic audience. The leadership in Pyongyang, however, is very keen on where the line is drawn between limited provocation and action against much more powerful enemies that would ultimately put its country in great peril.

One other key indicator that the bluster was internally driven was on the night of June 22, in spite of threats of legal action from the South Korean government, the same defector groups claimed to have launched leaflets across the border once again. Additionally, South Korea was also preparing countermeasures to the North of its own. Based on previous events, the second leaflet campaign should have resulted in a forceful response from Pyongyang. However, the Central Military Commission made the announcement that it would postpone military action. North Korean media also ceased its anti-South Korea rhetoric despite no visible corresponding measures from Seoul. Whether North Korea backed down in the face of South Korean resolve is uncertain, but the lack of response to the second leaflet campaign may be indicative of the script to which Pyongyang planned to adhere from the beginning.

Of course, all is not well that ends well on the Korean Peninsula. North Korea essentially used escalatory rhetoric to further recalibrate its position in inter-Korean diplomacy. This may put the two landmark inter-Korean deals of 2018 ( Panmunjom Declaration and September Joint Military Agreement) , which were intended to eliminate provocations and lower threat levels along the DMZ, in peril. Additionally, North Korea stated it would “postpone” military action, not cancel it, and has not reestablished lines of communication with South Korea, meaning defense planners in Seoul and Washington must now accept a potentially prolonged status of confrontation with North Korea. Though it seems the storm clouds have cleared for now, it is unlikely to be smooth sailing ahead on the Korean Peninsula.

Nate Kerkhoff is a soldier in the U.S. Army. He received his MA in Global Affairs from Yonsei University in Seoul, South Korea. The views expressed in this article are those of the author and do not necessarily reflect those of the U.S. Army War College, the U.S. Army, or the Department of Defense.

Photo Description: Park Sang-hak won the 2013 Václav Havel International Prize for Creative Dissent for his innovative tactics. In June 2020 six members of Fighters for a Free North Korea, the organization Park founded, launched 20 large helium-filled balloons, carrying 500,000 leaflets titled “The truth of the Korean War atrocity,” 2,000 $1 bills, 1,000 SD cards and 500 booklets across the border. Over two million such balloons have been launched. The balloons, which generally reach their destination area after three to four hours in the air, are timed to release their materials in the Pyongyang area.