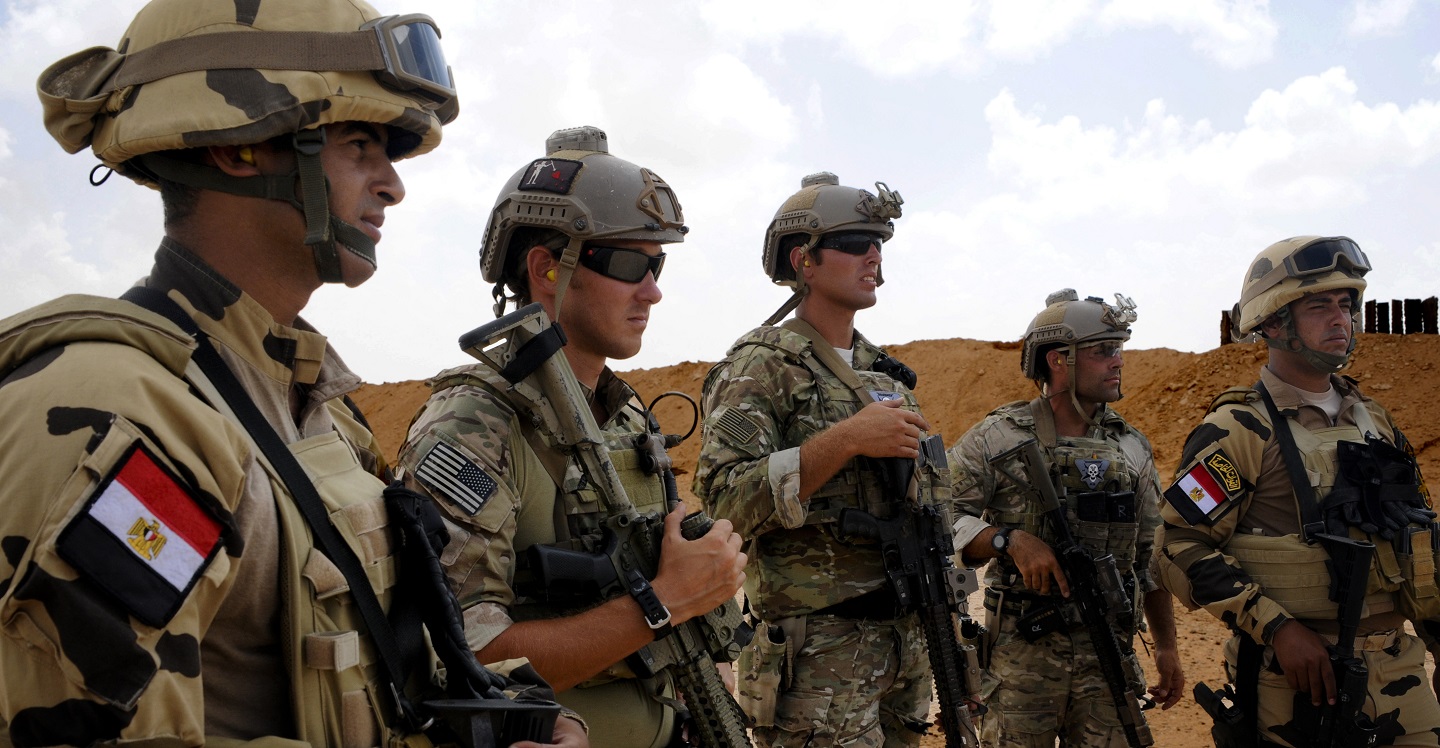 In the last decade, both China and Russia have significantly increased military diplomacy efforts.

From post-WWII European reconstruction efforts (such as the Marshall Plan), to today’s multinational security partnership programs (such as the joint strike fighter program and international military education and training), the United States has relied upon Foreign Area Officers (FAOs) and U.S. Army Special Operations Forces (ARSOF) to synchronize military activities with U.S. diplomatic efforts through planning, managing, and conducting security cooperation and security assistance (SC/SA) programs. While many of these programs have successfully supported American global interests, there is a fundamental challenge that decreases U.S. SC/SA effectiveness: many FAOs and ARSOF personnel (including those in Civil Affairs, Psychological Operations, and Special Forces career fields) do not know enough about each other. Increasing educational opportunities to learn more about each other’s missions, organizations, and similarities and differences could significantly improve SC/SA program effectiveness.

While improved understanding between FAOs and ARSOF will most directly and positively impact internal operations, the effects of improved understanding will contribute to America’s ability to conduct more integrated and effective security cooperation and enable the United States to remain a leader in an increasingly competitive global security cooperation environment.   In the last decade, both China and Russia have significantly increased military diplomacy efforts. In response, Department of Defense (DOD) officials have noted the need to reform SC/SA activities to strengthen U.S. diplomacy and maintain security relationships with allies. In March 2018, while serving as the Defense Security Cooperation Agency (DSCA) director, Army Lieutenant General Charles W. Hooper referenced the 2017 National Security Strategy and discussed the need to reform SC/SA efforts. He stated, “We have recognized a need to take a look at our practices and ensure those practices are as efficient and effective as [possible], so that the U.S. may remain the partner of choice around the world for security cooperation needs and fulfill the needs of our allies and partners.” While LTG Hooper spoke generally about broad organizational change to the DSCA, reform of SC/SA educational programs to better integrate FAOs and ARSOF personnel is a critical component of this undertaking.

To understand how improving cooperation and understanding between FAO and ARSOF personnel will lead to more effective U.S. SC/SA programs and increased success in U.S. diplomatic efforts, it is important to understand some key definitions and principles of military use in diplomacy. Security Cooperation activities are DOD activities that strengthen military relations with partner nations, build partner nation security capability and capacity, and support DOD “peacetime and contingency access.” Authorized by a variety of Congressional statutes, Security Assistance activities are authorized and funded by the Department of State (DOS); however, the DOD administers many SA activities – at which time those activities “are considered part of security cooperation.”  Thus, together, SC/SA programs are foreign assistance activities that utilize the American military to support greater diplomatic efforts. FAOs and ARSOF personnel are the specific Defense professionals who carry out many SC/SA activities.

Coming from all branches of military service (including the Coast Guard), FAOs are specially-trained military officers who work with service component commands, Geographic Combatant Commands (GCCs), and interagency partners such as the Department of State. Whether working on an embassy’s country team as a security cooperation officer, an attaché or a DOD liaison officer, FAOs receive extensive regional training that roughly corresponds to DOD and DOS’s global areas. Except for the Coast Guard, this training generally includes learning one or more relevant languages, obtaining a master’s degree in international relations (usually concentrating on the specific region), and living and traveling in that region for six months to a year as a form of residency. This training prepares these officers to transition from their basic military specialties to serve as central drivers of security cooperation efforts in their assigned country, service component, or GCC assignment.

Like FAOs, ARSOF are also regionally focused experts in their specific career fields. For example, professionals in all three ARSOF career fields, Civil Affairs, Psychological Operations, and Special Forces, receive cultural and language training, gain negotiation and relationship-building skills, and are prepared to work in a joint or interagency environment. Therefore, for both ARSOF and FAO personnel, regional and cultural expertise is central to their career development (albeit at different levels). Moreover, once complete with their training, nearly all FAOs and ARSOF personnel find themselves directly conducting or supporting SC/SA activities.

Even after years of training, many FAOs do not have a clear understanding of ARSOF missions and how their efforts affect DOD (and interagency) efforts in each country or geographical region.

Unfortunately, FAO and ARSOF training pipelines operate independently and fail to provide a sufficient explanation of each other’s training and missions, their institutional structures, and how the organizations could coordinate and collaborate to more effectively to support U.S. security goals. Even after years of training, many FAOs do not have a clear understanding of ARSOF missions and how their efforts affect DOD (and interagency) efforts in each country or geographical region. Similarly, when training for SC/SA missions, ARSOF personnel may receive training on DOS structure in an embassy (e.g., learning about the community liaison office or regional security office), but receive little training on FAO assignments in an embassy, how FAOs manage SC/SA programs, and how all of these programs support the country-specific, theater GCC security cooperation plans, and even global U.S. strategy.  As explained in the 2017 RAND study, “Implications of the Security Cooperation Office Transition in Afghanistan for Special Operations Forces,” this mutual lack of understanding can hinder the unity of effort and mission success for a specific country or theater, and even interfere with global security cooperation efforts.

Furthermore, a mutual understanding of FAOs and ARSOF responsibilities at the operational and tactical levels of SC/SA missions and military operations in general is necessary to increase situational awareness of and avoid conflict between each other’s activities.  This becomes even more important when both conventional and DOD Special Operation Forces conduct activities in a common operational environment – defined as a physical or virtual area within a specific country or region.  Hence, FAOs and ARSOF personnel should be in constant communication to represent their interests and minimize intra-organizational challenges. Communication between FAOs and ARSOF personnel must be fostered in each specialty’s initial training pipelines to ensure unity of effort and mission success.

Strengthening the relationship between FAOs and ARSOF personnel will lead to greater unity of effort and increase GCCs’ abilities to successfully pursue U.S. strategic objectives.  The improved communication and greater networking will positively affect the GCC’s ability to coordinate and collaborate SC/SA programs with service components and U.S. Special Operations Command (USSOCOM). Establishing a mutual understanding of activities can minimize tensions that occur between conventional and SOF forces working in the same theater. This can lead to a better appreciation of each organization’s objectives, mitigate potential conflicts that could arise due to a lack of understanding, and help create an integrated global security cooperation plan which supports U.S. strategic interests and ability to compete with China and Russia.

Whether it is through inclusion and collaboration in training curriculums such as SOF Captain’s Career Course (SOFCC) or the Intermediate-Level Education course in which all SOF and FAO mid-career Officers participate, or through attending each other’s training and conferences, opportunities already exist for FAOs and ARSOF to interact and learn more about each other’s organizations and missions. It is time that FAOs and ARSOF develop deeper relationships and learn how to collaborate for maximum effect when working in a competitive global security cooperation arena.

Major Jonathan Swoyer is a U.S. Army Foreign Area Officer who has previously worked as a Psychological Operations Officer assigned to U.S. Embassy, Kabul and as the head of the security cooperation office, U.S. Embassy, Kathmandu. Currently, Jonathan is assigned to U.S. Army Central Command. Major Assad Raza is a U.S. Army Civil Affairs Officer who has served with the 82nd Airborne Division, 96th Civil Affairs Battalion, and 5th Special Forces Group. He is currently assigned to the Western Hemisphere Institute for Security Cooperation. The views expressed in this article are those of the author and do not necessarily reflect those of the U.S. Army War College, the U.S. Army, or the Department of Defense.

Photo Description: Egyptian and U.S. Special Operations Soldiers observe a small arms range, which was part of EXERCISE BRIGHT STAR 2018. The exercise is held to promote and enhance regional security and cooperation between the seven participating nations, which include the Arab Republic of Egypt, the United States, Jordan, the Kingdom of Saudi Arabia, Greece, the United Kingdom, and France.