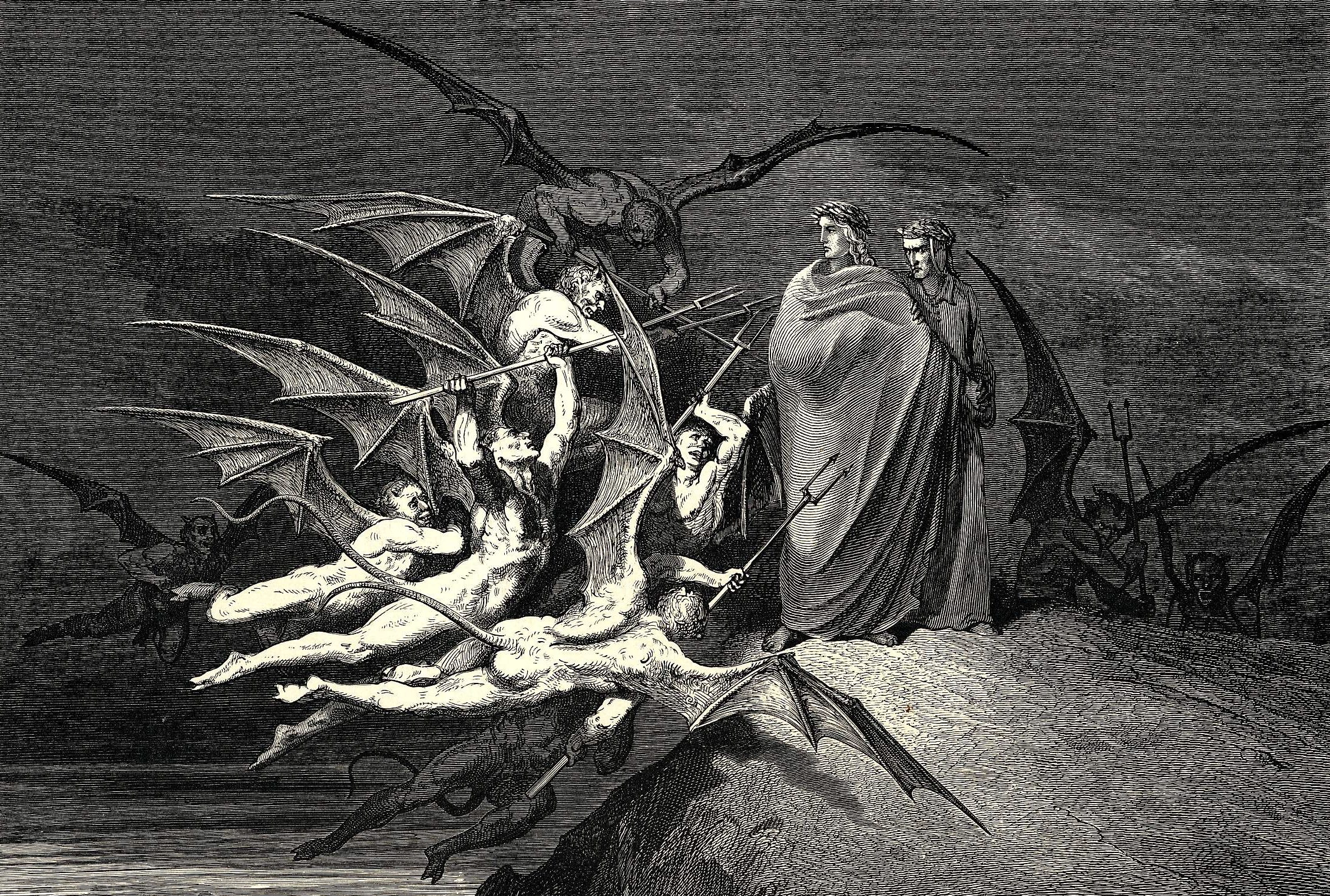 Participants in workplace mentoring relationships must be wary of bad practices, and should be aware of how such practices can harm both mentors and protégés.

I’m going to mentor the <bleep> out of you.

You’ve probably never heard those exact words come out of a mentor’s mouth, but you’ve probably had professional relationships that felt that way. Whether well-intentioned or malicious, we’ve all encountered professional counterparts who thought they knew what was best for us and weren’t going to stop until we saw it their way.

Sir/Ma’am, please describe the universe for me. And if you could keep it to words of two syllables and 140 characters total, that would be great.

In the same vein, you may have had a potential protégé who was seeking more than you were prepared to give. No matter how much they needed some professional insights, something just didn’t click and you had to let the relationship go by the wayside.

Why does this happen? Why do well-intentioned developmental relationships go bad on us?

The Army’s core mentoring guidance presents the practice of professional mentoring as an unmitigated good supporting the overall leadership competency of Develops Others. An update and expansion of that guidance is slightly more nuanced in its presentation of mentoring benefits, providing recommendations for essential skills and attributes needed by mentors and protégés alike. These are hardly controversial positions – my own book on Army Mentoring similarly presents a rosy picture of officers benefiting from mentoring relationships. But a significant body of literature suggests that participants in workplace mentoring relationships must be wary of bad practices, and should be aware of how such practices can harm both mentors and protégés. The timeless construct of the Seven Deadly Sins gives us an interesting way to identify the negative practices that can manifest in Army mentoring relationships, so that we can better avoid them.

In a mentoring relationship, pride manifests as mentors wanting their protégés to be just like them, and providing guidance to that effect. Conversely, protégés fall prey to pride when they seek to mirror a mentor’s career or personality in every way. This is hardly surprising, given that the second most likely predictor for the formation of a mentoring relationship is perceived similarity between mentor and protégé. But falling prey to pride takes this natural desire to an extreme that ignores the individual nature of self-development. Just as it is impossible to step into the same river twice, Army career paths and choices are the confluence of individual choice and a whole host of external factors. Mentors and protégés alike must internalize this reality and be candid with one another about how career opportunities and personal preferences will drive mentor and protégé alike down a different path.

A failure to understand the individualized nature of self-development can lead to the second deadly mentoring sin of wrath. In a mentoring relationship, wrath is the anger felt by a mentor who does not understand the career choices and decisions of a protégé. It can equally appear in the mind of a protégé who does not understand why a mentor is unsupportive of a career choice or decision. Once again, this discord is driven when the relationship departs from a perceived similarity that may have brought the pair together in the first place. The best way to avoid wrath in a mentoring relationship is to sustain candid and honest communication between both parties about both recommendations and decisions. The Curse of Knowledge is very much at play here: mentor and protégé alike may assume knowledge on the part of the other that does not exist. Clear and concise communications of the motivations and desires underpinning choices and recommendations are essential to avoid the specter of wrath.

The flip side of wrath is envy, in this case jealousy that manifests when a career success puts a person on a different path. For a mentor, envy may come out when a protégé earns opportunities that place them on a faster advancement path than the mentor, perhaps even leapfrogging them! Although less likely to appear in protégés, envy can manifest when an advancement or opportunity puts more distance (be it actual or metaphorical) between mentor and protégé. I place envy third after wrath and pride, because the key to avoiding jealousy in a mentoring relationship involves a combination of mitigation strategies from the former two. Specifically, mentors and protégés alike must clearly communicate when those pangs of jealousy manifest and what is making them emerge. An essential truth here is that, with very rare exceptions, all Army mentoring relationships end. Mentoring scholar Kathy Kram described this as the separation phase, where the protégé redefines their identity to transition away from the mentor. Separation is a natural progression of all mentoring relationships; mentor and protégé alike should be professional enough to recognize when this is happening and adjust accordingly.

In a mentoring relationship, gluttony does not refer to one too many trips to the all-you-can-eat buffet, but instead appears when mentors or protégés take on too many of the opposite number. Current mentoring research confirms that mentors and protégés alike pursue networked mentoring opportunities where they rely on different partners for advice on different aspects of career or personal development. A networked approach to mentoring is made easier by the greater accessibility that comes from electronic mentoring venues like email or social media, which helps ameliorate the distances common in Army mentoring. The combination of these two phenomena can lead to too much of a good thing. For example, a mentor can become so saturated with protégés that she can no longer communicate effectively with any of them. Successful mentors may find themselves in great demand from potential protégés. Conversely, successful protégés may find themselves acquiring an ever-expanding list of mentors. Self-awareness is key here: just as the smart eater knows when to turn down that extra helping of prime rib or sautéed tofu, the savvy mentor and protégé must resist the temptation to add “just one more.”

A close cousin of gluttony in mentoring practice is sloth, routinely failing to answer or engage with one’s mentor or protégé. Just as we often default to “silence is consent” in staffing, there is a tendency to believe a lack of outreach means everything in a mentoring relationship is fine. That same lack of engagement could also mean that your mentoring partner is so swamped that he could really use some outreach. A related problem comes from the extensive use of social media and other electronic means for mentoring engagement. All of us have experienced the phenomenon of an important message getting buried beneath the constant onslaught of inputs. Now imagine the unintentional signal sent by a text message requesting insights or providing feedback that inadvertently goes unanswered. Mentors and protégés alike should think about the means they use to engage their opposite numbers and have a conscious process for ensuring that important requests are answered in a timely manner. This may include being candid with mentors and protégés about particular mechanisms that simply don’t work for one’s individual mentoring style.

Just as transparency and honestly help with the formation of mentoring relationships, clear and candid communications help sustain them and keep them in healthy boundaries.

Greed in mentoring refers to the practice of using privileged information shared during mentoring engagements without consent, for personal advancement. Mentoring relationships depend on a candid exchange of information that is intended to bring benefits to both parties, but they rely equally on the discretion practiced by mentor and protégé alike. Ideas can be shared in mentoring exchanges as illustrative points rather than directive points; this is completely consistent with the admonition above to avoid pre-determining a protégé’s career path. When a member of a mentoring dyad uses information exchanged in a mentoring relationship for personal or career gain without the permission of the opposite party, it breaches the trust that makes the mentoring relationship work. Such breaches can happen as easily on the part of the mentor as on the part of the protégé. Examples of potential trespasses include acting on a job opportunity not broadly known within the workplace (mentioned by a mentor) or taking action on lower-level concerns (shared by a protégé). Both parties in a mentoring relationship must gain consent from the opposite party when they intend to act on knowledge gained through their mutual engagement. An additional benefit of doing so is the opportunity for the opposite party to clarify their intent and provide any missing context that could be essential to action.

There are few hard and fast rules in mentoring, but lust is directly involved with one of them: if you’re having sex with someone, it’s not a mentoring relationship. Mentoring relationships are by definition intimate, but not romantic. Clawson and Kram best encapsulated this in their “levels of intimacy” construct, showing how mentoring relationships fall in a narrow band of productive levels of intimacy. This sweet spot of professional development is flanked by cold distance on one hand and romantic intimacy on the other. In their book Athena Rising: How and Why Men Should Mentor Women, Brad Johnson and David Smith name sex in a mentoring relationship as one of seven “Things Not to Do.” A simple, effective way to avoid lust is to be aware of the surroundings where mentoring activities are conducted. Privacy is often important in mentoring interactions, but venues that can be construed as romantic should be avoided at all costs.

Revisiting the hypothetical mentor and protégé gone awry from the beginning of this piece, we see that poor communication is at the heart of both situations. Our desire to have successful mentoring relationships cannot override the basic human need to hear and be heard. Likewise, the one common thread that runs through the avoidance of all Seven Deadly Sins of Mentoring: communication. Just as transparency and honestly help with the formation of mentoring relationships, clear and candid communications help sustain them and keep them in healthy boundaries. Not every mentoring conversation needs to focus on the mechanics of the mentoring relationship, but a total lack of introspection should be a warning sign for mentor and protégé alike. Avoid the Seven Deadly Sins of Mentoring and you can be on a professionally sustaining and fulfilling path; succumb to one or more of them and you may not care for the person you become.

Lieutenant Colonel Raymond Kimball is the Academy Professor of Leader Development and Organizational Learning at the United States Military Academy, and a member of the U.S. Army War College Distance Education Class of 2018. The author adapted this article from a talk he gave to the U.S. Army Armament Research and Development Engineering Command Mentoring Forum in January 2017. The views expressed in this article are the author’s and do not necessarily reflect those of the U.S. Army, the Department of Defense, or the U.S. Government.

Illustration: Engraving by Gustav Doré, Detail of Vergil guiding Dante and rebuffing Malacoda and his fiends, from Canto 21 of the Inferno, The Divine Comedy.