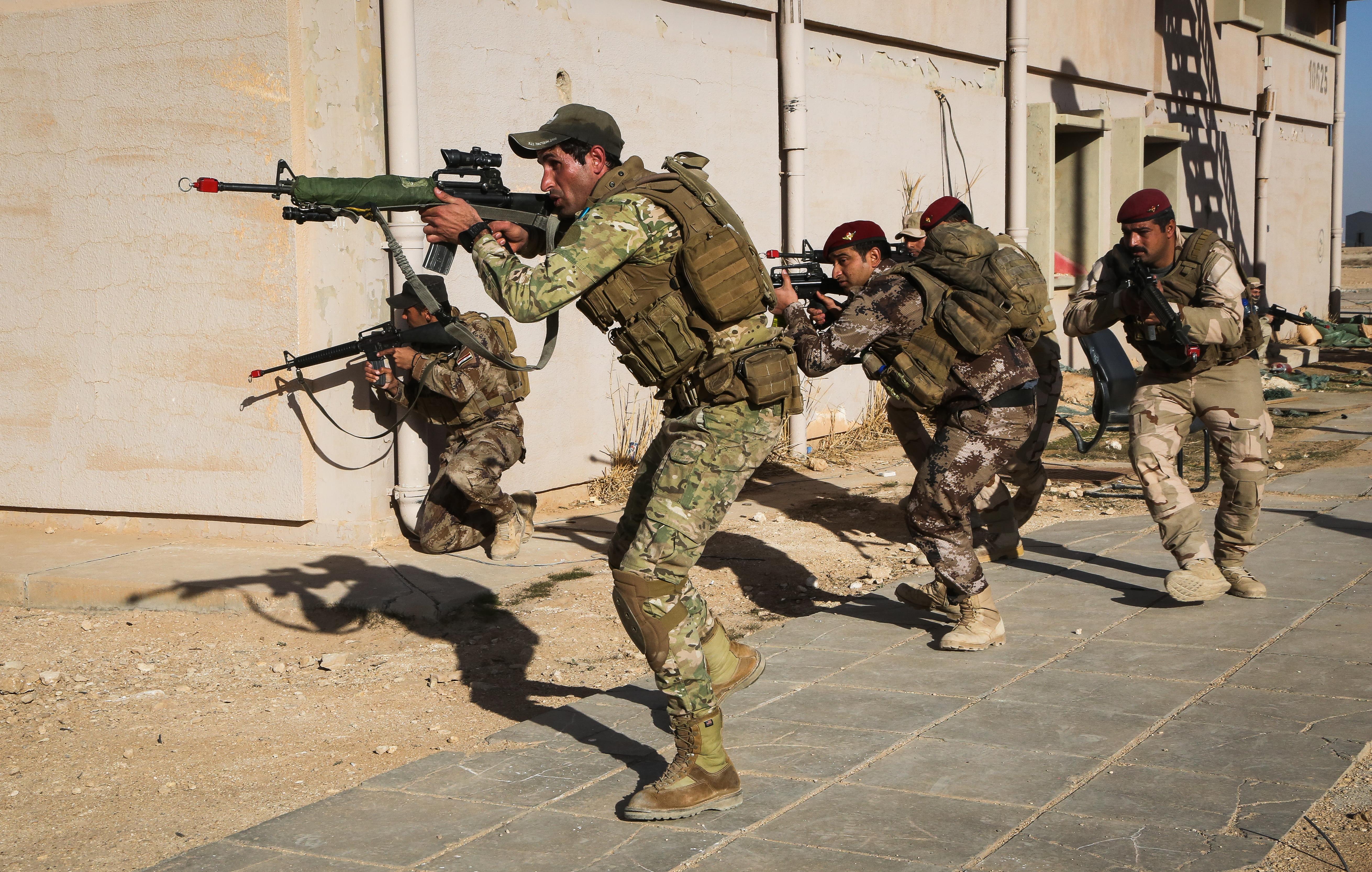 The U.S. lacks both the physical and intellectual means to build institutional capacity. Such neglect is a structural issue, inherent to the U.S. system.

Doing the tactical well isn’t always an asset, especially when it comes to building a systemic capacity among U.S. regional cooperative security partners. As Dr. Michael C. Veneri notes in Synesis, The Journal of Science, Technology, Ethics, and Policy, building its partners’ capacities to tackle problems abroad – such as terrorism and general instability – may be the U.S.’s “strategy of choice,” but the U.S. is not approaching this choice strategically. Instead, it takes a short-term, tactical capability-building approach. This is a problem.

Concern over how the United States conducts security assistance activities throughout the world is not new. In 2015, Congress recognized both the value of security cooperation and the huge growth of programs and authorities for U.S. assistance to partners and allies. It therefore overhauled the security cooperation enterprise within the 2017 National Defense Authorization Act. In it, Congress was very clear in its intent to ensure the alignment of security cooperation with U.S. strategic objectives. As such, the 2017 Act significantly altered the U.S.’s approach to building partner capacity. The concept of building partner capacity, and its associated activities, has been in the military’s portfolio for decades. However, despite funding this perennial national security policy and strategy tool, the U.S. has struggled to build sustainable capacity amongst its partners. This is because its efforts have been too tactical in scope, focusing primarily on capability generation in the near term (training and equipping), rather than focusing on enduring capacity-building strategies which can self-replenish from a deeper reservoir of institutional support. This problem is especially evident in Africa, where a short-term capability focus has hampered the institutionalization of long-term capacity building.

The focus on strengthening immediate capabilities is understandable, especially when partners are dealing with ongoing security threats. However, this lack of focus on long-term strategic gains means that the effects of U.S. efforts are ephemeral. This creates a dynamic in which the U.S. finds itself constantly rebuilding capabilities that get consumed by current operations. It is not yet addressing problems effectively from an institutional perspective. Turning a capability — the ability to perform a mission or function at a discrete point in time — into a capacity, i.e., the ability to perform a mission or function over time, is dependent on institutionalization of knowledge and skills inside the partners’ defense systems.

Systemization of outcomes means working at that military’s force-generating level to ensure knowledge, skills, and procedures are embedded throughout the training, doctrine development, and education framework of that partner nation. In the U.S., this is done through the “Doctrine, Organization, Training, Manpower, Leadership and Education, Personnel, Facilities, and Policy” (DOTMLPF) system. U.S. military doctrine makes clear the link between the identification of the operational forces needed and the force generation process that is to supply them. It is the interrelationship of how activities at all levels of the force support one another from the operational through the generating and strategic levels of the force that makes up the crux of the security force assistance (SFA) model. This linkage is exactly what is missing from current U.S. BPC efforts in Africa.  Such a linkage is exactly what is missing from many U.S. partners’ capacity building efforts. Why is it missing?

First, the U.S. lacks both the physical and intellectual means to build institutional capacity. Such neglect is a structural issue, inherent to the U.S. system. Operationally, there’s a U.S. ignorance about its partners’ force-generating systems, coupled with a failure to leverage U.S. force-generating expertise that could build partners’ capacities. This means the U.S. geographic combatant commands either are not identifying the “upstream” activities required to institutionalize outcomes within the partner countries, or they are doing them too late in the process to have an effect. This is especially so when dealing with more complex capacity development systems, such as professional military education.

The lack of physical and intellectual means at the geographic and Army component commands is influenced by issues inside the partners’ systems. Education is a key component of the transformation and generation of sustainable capacity. However, U.S. Africa Command (AFRICOM), for example, currently cannot use professional military education effectively as a tool for change. First, from a partner capacity building standpoint, the character of the partner nation’s professional military education legacy system influences how the U.S. needs to engage. There are significant differences, for example, in how a British-based legacy system and a French-based legacy system operate. These differences need to be understood clearly in order to match the correct U.S. tools with each partner’s system so that institutionalization can occur.

Establishing Security Force Assistance brigades does not address the generating force functions required to institutionalize capacity. This can only be done by using the right expertise over the long-term.

Second, as within AFRICOM, the U.S. can face a significant, common systemic issue among the various partners’ systems. Professional military education in Africa is generally treated as training. Sources in the field in Africa have told me* that Chiefs of Defense and Chiefs of Defense Staff lack ownership of professional military education. Given such a lack of effective executive direction, often the African programs are not assessed to determine their outcomes, or their continued relevance, in the face of a rapidly changing strategic environment. Systemization is the missing component in most African professional military education programs; a lack which prevents the enduring institutionalization of knowledge.

These factors combine to create a dynamic in which, under current circumstances, U.S. security cooperation is tactical in nature and cannot promote holistic capacity building that uses the entirety of: strategic (executive direction); operational (force generating); and tactical (operating force); assets. It is therefore not an ends-driven, strategic approach, but a means-driven one, which is inconsistent with the intent and requirements of the 2017 National Defense Authorization Act. The result could have serious consequences for U.S. partner capacity building efforts. Congress has yet to be convinced about how building partner capacity is serving U.S. interests and objectives, and whether it offers a suitable return on investment, as evidenced by the Secretary of Defense’s directed study and certification requirements for security cooperation programs, now included in the Defense Authorization Act.

Dealing with these problems is critical to the task of building meaningful partner capacity, which endures as a method of achieving U.S. strategic goals abroad. U.S. doctrinal and resourcing solutions easily lie within reach, to serve as models for tailoring to partners’ local programs, especially with regard to how the U.S. builds and resources capacity. Institutionalizing partners’ capacities can be increased in several ways, including by: fully implementing doctrine; by getting stakeholders (such as U.S. combatant commands) to prioritize it; and by creating Strategic Outreach Offices at flagship Army educational institutions, as a start.

Fully implementing and reinforcing existing doctrine on capacity building — particularly the planning guidance contained in FM 3-22 – can serve as a catalyst for the Army, the Department of Defense, and Congress to apply the resources required to build partner capacity more strategically. More importantly, it would also link U.S. engagement efforts to U.S. interests and highlight how the component commands are institutionalizing the capability of time—both issues that are critical data points for meeting congressional certification requirements contained in the 2017 Act. The Office of the Secretary of Defense and the Army’s specific demands for the Building Partner Capacity (BPC) program information to be reported according to doctrinal structures, such as the Security Forces’ Assistance model, will help develop U.S. systems and processes to assist Defense in certifying that security cooperation activities meet the mandate of the Act’s Section 333. This will ensure that the plans of the component commands involved incorporate all functions of the force (operational, generating, and executive direction) in their capacity building approaches, to be applied in a synchronized and coherent manner. A critical way in which a U.S. component command can meet the Act’s mandate, is to institutionalize partner capacity building by establishing a successful system for the professional education of that military’s force.

Institutionalizing such capacities should be a key area of emphasis for component commanders’ engagement with counterparts and could address any lack of Chief of Defense or Staff ownership of professional military education. Asking for specifics about how tactical capability is being institutionalized will show that it matters. A willingness to change from the top is key to addressing the systemization missing from some partners’ military education regimes, for it is this specific lack which prevents the institutionalization of capabilities learned through U.S.-led efforts.

Instituting assessment protocols also benefits the entirety of a force, not just a professional education arm, but this will not happen without Chief of Defense-level ownership. Direct, component commander focus on institutionalization further opens the space for security cooperation offices to work with their partners, on force-generation and executive direction functions. This can help U.S. commanders gauge their partners’ will to sustain the effects of U.S. efforts on their behalf. Such data points are critical to a holistic approach to building partner capacity that, again, incorporates all functions of the force (operational, generating, and executive direction) in planning and execution, in a synchronized and coherent way, that helps Defense certify the legality of its partner capacity building activities.

Any gains from implementing these recommendations can come to naught if the Army does not address resourcing issues for the generating force. Establishing Security Force Assistance brigades does not address the generating force functions required to institutionalize capacity. This can only be done by using the right expertise over the long-term. Again, Strategic Outreach Offices can supply expertise, provide a structure that eliminates ad hoc education-related support requests from across the Defense enterprise, and enhance the Army’s ability to track demands for education-related partner capacity support. More importantly, the combination of a security force assistance brigade with a strategic outreach office can give the Army a seamless, holistic capacity building capability that formalizes and actualizes the doctrinal linkage of operational, generating force, and executive direction functions in building partner capacity. Component commands with such a capability could meet Section 333’s intent.

Institutional capacity building is the key to locking in the benefits of U.S. capability generation activities. Professional military education is a needed component for partners’ institutional capacity. However, both are neglected for a lack of means. Thus, current U.S. efforts, for all intents and purposes, follow an operationally-based, means driven approach toward building partner capacity. “We do the tactical very well,” as one leader told me; however, this is a liability when it comes to building long-term partner capacity. A non-strategic approach now places future efforts at risk, and tactical approaches cannot answer the demands of the 2017 National Defense Authorization Act. Relatively small, procedural changes at the component command level could shift the building of partner capacity toward a more ends-driven approach at little cost. These include changing how to plan for building partner capacity and how to socialize plans among partners, and investing modestly in the resources to do so. These adjustments are critical in dealing with the partner generating force, particularly in terms of professional military education capacity generation. These are low cost, low risk options to put partner capacity building onto a strategic track and meet the intent of the 2017 National Defense Authorization Act.

*Strategic Leader interviews conducted by the author at AFRICOM (STRWG), Garmisch, Germany, 27-28 February 2017 and in Africa April 2014 through March 2017