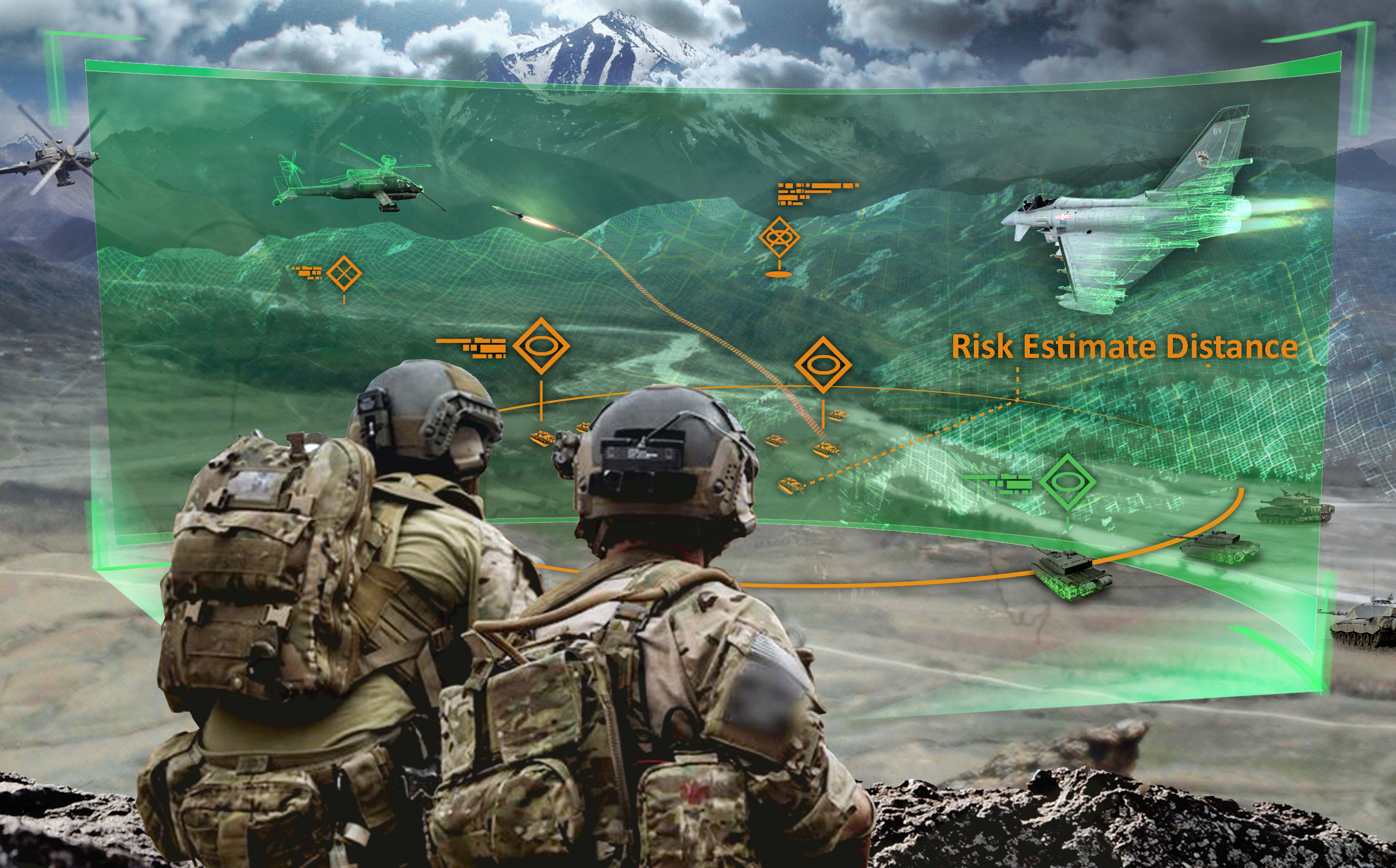 Unit readiness—especially for the Army—hinges on rotations to Combat
Training Centers. This is both inefficient and unimaginative, and it needs to change.

It is time for the U.S. military to embrace a revolution in training: “synthetic readiness”. The emerging state of the art in virtual and augmented reality is the next great leap in training military forces. The recently released National Defense Strategy (NDS) emphasizes a return to prioritizing preparedness for war. It also calls for innovation, and a continued focus on finding greater efficiencies in how the U.S. military develops forces and trains for conflict. This marks a tremendous opportunity for investment in virtual and augmented reality training. Yet this requires a significant shift of the mind for the military. For all the military’s stated openness to innovation (a strong emphasis of the NDS), it remains relatively old-school when it comes to certifying units as “ready” for their missions. Unit readiness—especially for the Army—hinges on rotations to Combat Training Centers. This is both inefficient and unimaginative, and it needs to change. New technologies provide new ways to train units to operate at much higher, more sophisticated levels of coordination across the joint force.

Since the creation of the all-volunteer U.S. military in the 1970s, realistic training has been one of the cornerstones of the developing a modern, professional U.S. military. As General Mark Milley wrote in his 2016-17 readiness guidance, “Rigorous, battle-focused training… is the most important thing we do to prepare for war.” Combat training centers (CTCs) in California, Louisiana, and Germany are key to this training. In January, 1982, the Army’s National Training Center at Fort Irwin, California hosted its first rotation of Army forces training against the facility’s opposing force, and its first heavy armored brigade rotation in 1984. Hundreds of units have followed over the past four decades. Fort Polk, Louisiana, became home to the Joint Readiness Training Center in 1993, and has provided realistic training for lighter Army forces ever since.

Compared with the awesome spectacle of physical forces maneuvering in real space on a real (albeit non-lethal) battlefield, simulation involving virtual or augmented reality seems pretty lame. Indeed, simulation in general gets a bad rap, as senior leaders in the Department of Defense are hesitant to support training simulation as it is perceived to take away from “live” training dollars.* But quickly dismissing simulation is a mistake, first and foremost because all training, no matter how physical, is just an approximation reality. Even the NTC is not real warfare. In considering the value of some form of training, the key questions are 1) how closely a given form of training approximates reality per dollar spent on that training, and 2) how much risk the organization assumes because of the difference between the training approximation and the reality of operations.

Commercial pilot training has shown the tremendous potential for simulators to improve both efficiency and effectiveness. The first flight simulator was developed by entrepreneur Edwin Land, who created it out of concern for the numerous deaths of pilots flying mail planes. Crude as it was, Land’s device was a success with companies that recognized the value of teaching pilots the rudiments of controlling a stick-and-rudder aircraft from the safety of the ground. From these humble beginnings, flight simulation has steadily increased in sophistication, so much so that many commercial pilots, in their first non-simulated flight of a passenger jet, not only fly a real aircraft, they also fly real passengers (albeit with an experienced captain).

Before we proceed, some definitions are in order. “Virtual reality” (VR) is an immersive synthetic environment where the user can virtually interact using special technical equipment. VR typically refers to the user experience of a completely simulated environment, a digital representation that is usually limited to visual and auditory simulation, but sometimes involves other senses, as well. Traditional flight simulators are examples of virtual reality devices. “Augmented reality” is the combination of digital (virtual) and physical elements, integrating some of the tools of virtual reality with other technologies to create an overlay in which a user perceives artificial features of a real environment – think “Pokemon Go”. Both approaches have extensive military applications, but augmented reality probably offers the most significant improvements for the Army in a wide variety of training contexts. Finally, mixed reality or “hybrid” reality is a system that networks different users who are participating in three different types of simulation (physical, virtual, or augmented) into an synthetic training matrix. It is this last concept, mixed reality, that offers the greatest potential for generating higher levels of strategic readiness across the joint force.

The efficiency argument for virtual instead of physical simulation is obvious, especially in training involving the use and destruction of military equipment. Live training is currently the gold standard for unit readiness, with simulation in support through antiquated systems that require large, costly manpower and equipment footprints. An Army unit rotation at the NTC in 2014 cost upwards of $25 million, and that accounts only for the rotation-specific expenses, not the fixed costs associated with maintaining the OPFOR and the training facilities.

Yet what is different about the cutting edge of simulation today is that it offers effectiveness gains, as well. We have only begun to understand the potential of virtual and augmented reality (especially the latter) to create simulated combat environments that we could only dream of producing with physical equipment in CTCs. This is most evident in the way that virtual and augmented reality can be used to train warfighters in different, mutually dependent units by connecting them in training through networked, distributed systems. This connection is the essence of “synthetic readiness”, and current technologies allow the military to train without requiring that units leave their home station. The question is, why are we not doing this?

“Synthetic readiness” describes readiness that is generated and sustained through virtual and augmented reality. It applies not only to training units on mission essential tasks, but (perhaps more significantly) also to increasing the scope of readiness. Individual service units are not the sole focus in this synthetic training matrix. Under the current readiness system, for various reasons Joint Task Forces rarely train together before being thrust into real combat environments.*   Synthetic readiness using networked simulations can change this.

[DoD should] implement a holistic synthetic framework, using mixed reality systems, to provide a solution to the training gap that currently exists.

Synthetic training is an innovative way to obtain readiness and enable leadership development, but achieving it requires a networked and distributed system of simulators – the mixed reality system cited above. The term D.I.S., Distributed Interactive Simulation, is an IEEE standard for networked, collective war gaming and was established in 1989. It is amazing that the Defense Advanced Research Project Agency could anticipate what is perhaps the greatest training readiness gap in the Department of Defense today.  Through years of service parochialism, proprietary industry protectionism, and the lack of leader emphasis, throughout the DOD today simulation systems cannot talk to other systems to provide a collective training environment.  Even within the relatively small ecology of Army aviation, a “box” like the CH-47F Chinook helicopter training simulator cannot talk* to another Chinook system, let alone a helicopter simulator for a different platform, such as a UH-60M helicopter system. Try to conduct virtual, combined Army training between tanks, helicopters, artillery and infantry – you cannot.  Now add ships, jets, and other battle systems from the joint force to conduct joint service training? It is not feasible.

A network allows for databases to share information.  Examples of DOD networks include the Joint Training Enterprise Network (JTEN), the Distributed Mission Operations Network (DMON), and the SOCOM Training Enterprise Network (STEN).  With numerous different network backbones today*, a network standard between services must be established to allow service databases to connect in a distributed fashion. Converters and publishers are now required so that very different data bases can link disparate systems to the networks. Wouldn’t it be nice if there was a single network standard for these diverse data bases to link too?

With limited access to training environments like the CTCs, and local training areas on military installations getting more expensive and environmentally restrictive, synthetic readiness has tremendous value to train a combat ready force.  On top of the expense of physical simulation, the limitations of the CTC environment preclude jungle, urban, over water, and ship training during a rotation.  It is becoming increasingly difficult to take limited assets that remain outside of combat, coordinate their schedules within different service training requirements, find the terrain that will allow them to conduct realistic joint training and do it in a way that trains not only organizations but leaders at all levels of command.  Thoughtfully constructed simulation frameworks can start to fill those gaps in an immersive virtual training environment.

What is the solution?

Finally, to pursue these three goals, a Joint Staff Tiger Team should be established to guide the program.  The tiger team will create a standard for the network, identify current databases, write a capability development document for mixed reality systems solutions, and finally recommended funding to start the effort, provide for research and development and program within the five-year programming horizon to establish and maintain investment .

The NDS highlights the increasing dangers posed by “revisionist” powers like China and Russia, as well as disruptors like North Korea and Iran. The U.S. military will best deter war if it is ready to fight and win. U.S. citizens expect the military to be ready to react in any environment, against any peer competitors, in a swift and cohesive joint response. To attain this capability, the Department of Defense should consider and implement a holistic synthetic framework, using mixed reality systems, to provide a solution to the training gap that currently exists with inadequate training locations, limited assets to train given global requirements, and dwindling future training budgets. Let’s start rethinking readiness.

Heath Niemi is a retired colonel from the U.S. Army. The opinions expressed in this article are those of the author and do not necessarily reflect those of the U.S. Army War College, U.S. Army, or Department of Defense.

Items marked with an asterisk (*) are based on author’s personal experiences, and his conversations with senior military leaders.