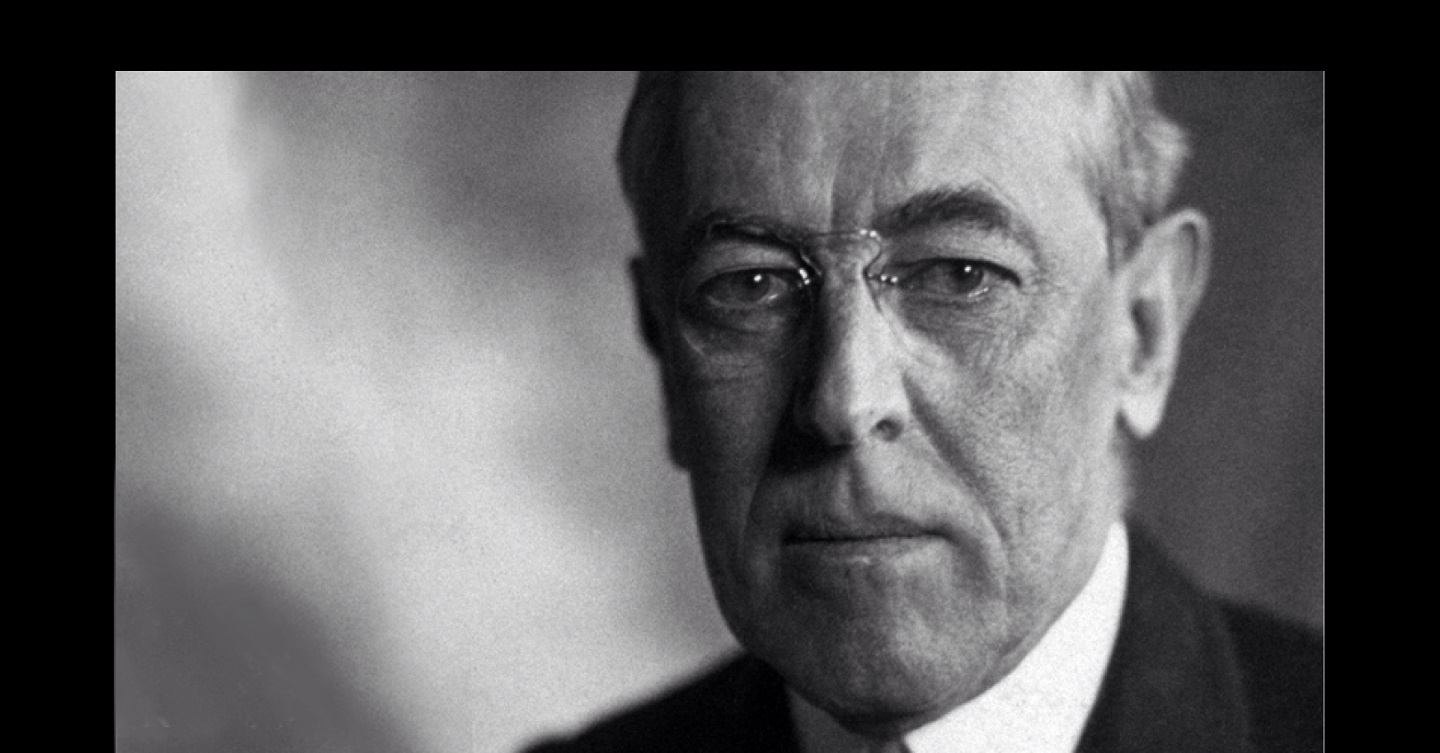 Complete victory has brought us, not peace alone, but the confident promise of a new day as well in which justice shall replace force and jealous intrigue among the nations.

This Thanksgiving we’ve selected President Woodrow Wilson’s proclamation of 1918 to prompt thinking about our own time.

As the world continues to deal with the COVID-19 pandemic, it is perhaps difficult to find things in life to be thankful for and useful to reflect on a time where people suffered under a similar burden. We’ve previously published LESSONS FROM 1918 in an attempt to understand how the world dealt with a historic global pandemic.

The 1918 Influenza Pandemic hit in the middle of the First World War—both the product of and exacerbated by the ravages and depravations of war and the movement of military personnel all over the world. Today, war, violence, and displacement remain serious concerns in many parts of the world.

American President Woodrow Wilson issued his declaration in response to the ongoing challenges of war and disease. The Armistice signed just a few days before on 11 November 1918 marked the cessation of hostilities that cost 20 million dead and another 21 million wounded. At Thanksgiving time, Americans waited and hoped to see what peace would bring. Wilson encouraged them to hope that their sacrifices would bring forth a better world.

Wilson could not have known in November 1918 what would come—that his visions for world peace would never come to fruition, that the Paris Peace Conference of 1919 would create at least as many problems as it solved, that by the time the pandemic died out, more than 675,000 American lives would be claimed, and more than 50 million around the world.

This has not been an easy year, but we take heart in Wilson’s words of hope. As we face an uncertain future and experience a holiday season that may not look like celebrations in years past, we imagine what better days may come. We have technology that has enabled us to adapt and connect amidst quarantines and lockdowns. Scientific knowledge about the virus and its spread enables us to make sensible decisions about risk and protocols. There are several vaccines now in final stages of development that show great promise. No one knows what the future holds, but people are resilient, and we will — together — overcome this challenge as we have countless others in the past.

We offer this as our Thanksgiving message to you, our readers and listeners, for a happy and safe and hopeful holiday season.

By the President of the United States of America

It has long been our custom to turn in the autumn of the year in praise and thanksgiving to Almighty God for His many blessings and mercies to us as a nation. This year we have special and moving cause to be grateful and to rejoice. God has in His good pleasure given us peace. It has not come as a mere cessation of arms, a mere relief from the strain and tragedy of war. It has come as a great triumph of right. Complete victory has brought us, not peace alone, but the confident promise of a new day as well in which justice shall replace force and jealous intrigue among the nations. Our gallant armies have participated in a triumph which is not marred or stained by any purpose of selfish aggression. In a righteous cause they have won immortal glory and have nobly served their nation in serving mankind. God has indeed been gracious. We have cause for such rejoicing as revives and strengthens in us all the best traditions of our national history. A new day shines about us, in which our hearts take new courage and look forward with new hope to new and greater duties.

While we render thanks for these things, let us not forget to seek the Divine guidance in the performance of those duties, and divine mercy and forgiveness for all errors of act or purpose, and pray that in all that we do we shall strengthen the ties of friendship and mutual respect upon which we must assist to build the new structure of peace and good will among the nations.

Wherefore, I, Woodrow Wilson, President of the United States of America, do hereby designate Thursday, the twenty-eighth day of November next as a day of thanksgiving and prayer, and invite the people throughout the land to cease upon that day from their ordinary occupations and in their several homes and places of worship to render thanks to God, the ruler of nations.

In Witness Whereof, I have hereunto set my hand and caused the seal of the United States to be affixed.

Done in the district of Columbia this sixteenth day of November in the year of our Lord one thousand nine hundred and eighteen and of the independence of the United States the one hundred and forty-third.