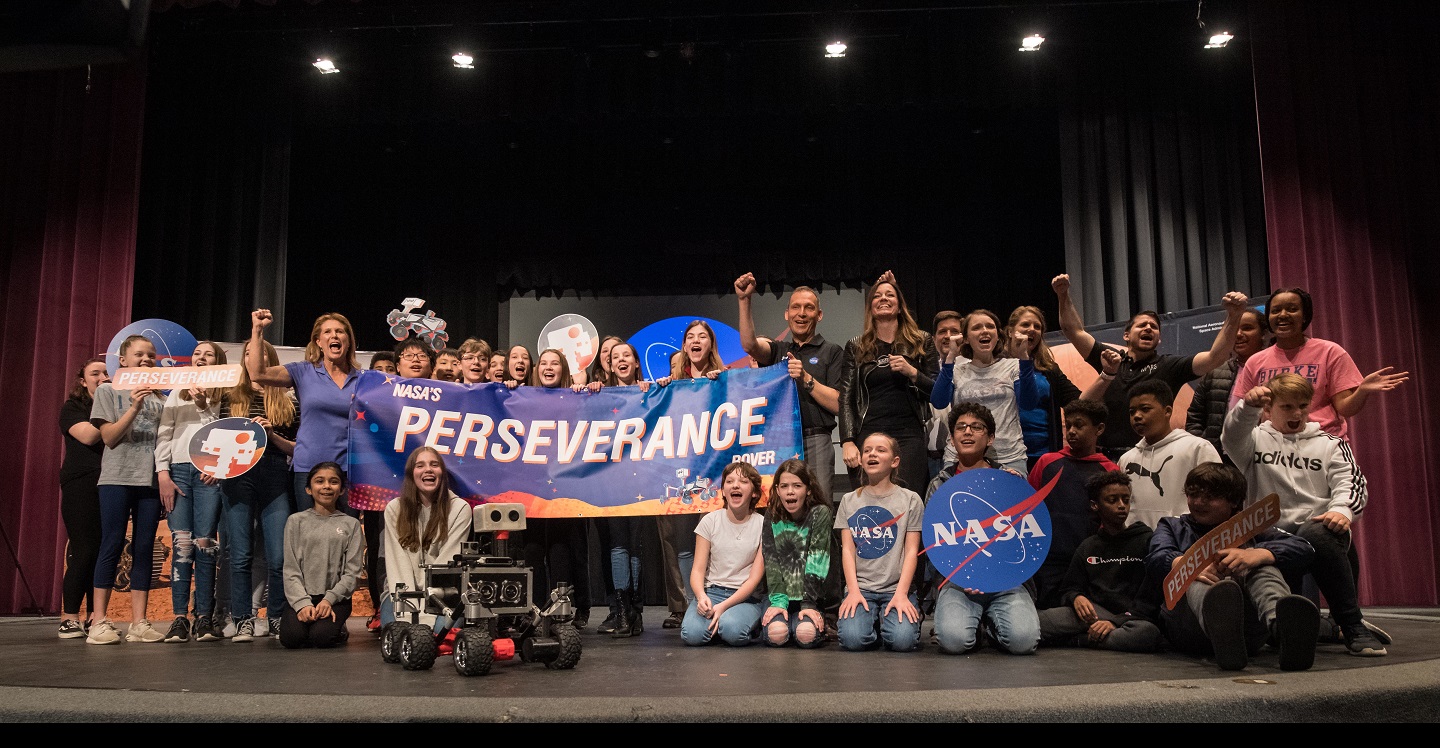 The link between K-12 educational achievement and socioeconomic status is quite clear, and it is in the context of the recruitment and the makeup of the all-volunteer force that Americans often think about the relationship. But rigorous analysis of the K-12 education system in the United States must go beyond this simple correlation. The primary and secondary school system in the United States is a public good, and it is of vital importance for U.S. national security. Yet the current picture and trends are rather stagnant. In order to put the United States on the right track, the country should look to reform education for national security, using the 20th century National Defense Education Act (NDEA) as inspiration—with obvious modifications for a new 21st century context.

President Dwight D. Eisenhower signed the NDEA in 1958. This legislation specifically addressed the United States’ weakened school system in response to a perceived scientific education gap between America and the rest of the world. Although President Eisenhower shocked the K-12 education system into relevance, reforms never last forever. Now, the gap between the recognized quality of American education in the primary and secondary public school system and the country’s higher education institutions is significant.  American Universities hold many top spots in world rankings; they are well regarded on the international stage and are highly attractive for American and international students. Yet the primary and secondary school system is underwhelming in almost every respect.

The National Assessment of Education Progress (NAEP), a biennial report that measures student’s knowledge in various subjects from participating school districts across all 50 states, the District of Columbia, and Department of Defense (DoD) schools, shows serious deficiencies. Eighth graders in the United States showed a decline in student assessment in reading and math between 2017 and 2019, and 4th graders showed a decline in reading. An analogous regression was found in the 2015 report for 12th graders.  The most recent NAEP report notes assessment improvements since its first report in 1992, but that growth has been uneven and non-linear.

Further results from a 2018 report in conjunction with the Organization for Economic Co-operation and Development (OECD) and the Programme for International Student Assessment (PISA) demonstrate the same problem. The report ranked 15-year-olds in three areas – reading, mathematics, and science – across 76 participating countries and provinces. U.S. students demonstrated spotty performance in all three areas. American students ranked 11th in reading, 34th in math, and 16th in science, with its trend in rankings showing marginal improvement or decline over the last two decades.

The disparity among primary, secondary, post-secondary, and graduate education performance in the United States creates an unstable equilibrium. Primary and secondary education should have a stronger presence in shaping how national security experts look at preserving the longevity of America’s comparative advantage in a global context. National security professionals miss the mark when they do not take seriously the problem of a lagging or underachieving K-12 educational system. This pipeline is essential if the United States is going to be competitive or ready for action.

The continued economic growth and innovation of any nation, large or small, depends on sustaining a well-educated workforce. More importantly (but less analyzed), U.S. national security hinges on the domestic education system. The existence and success of technological advances such as  Global Positioning System (GPS) and the Advanced Research Projects Agency Network (ARPANET) underscore America’s interest in intellectual progress and educational achievement.  These inventions were funded and promoted by the U.S. Department of Defense.

The Department of Defense has always been quick to bind itself to short-term, platform- and technology-based solutions to traditional challenges to national security—the South China Sea, transnational terrorism, and nationally corrupt governments—through contractual agreements between Lockheed Martin, Microsoft, Boeing, and other recognizable DoD partnerships. But what happens when the streamline of students who end up working for these companies are no longer sufficiently educated to develop these solutions? The United States no doubt enjoys a position of primacy on the global stage, but to sustain its edge against growing economies and militant aggression from other nations with different interests is a constant challenge that must be dealt with by greater emphasis on increasing the competitiveness pipeline of students at the K-12 grade levels. Education and national security are interwoven, not independent of each other.

In the 2010 National Security Strategy, President Barack Obama championed a strengthened education system, arguing that it not only improves economic conditions but also increases security cooperation among democratic nations. Conventional wisdom argues that, to combat militant international problems, the United States needs to respond with mechanical strength by purchasing new weaponry, but, if the country intends to maintain its national well-being, then the federal government needs another NDEA for the 21st century.

It is no exaggeration to say that America’s progress in many fields of endeavor in the years ahead—in fact, the very survival of our free country—may depend in large part upon the education we provide for our young people now.

The National Defense Education Act was a direct response to Russia’s (then the Soviet Union) launch of Sputnik I satellite. President Eisenhower’s strategic foresight was two-fold: 1) launch an American satellite, Explorer 1, into space, and 2) make sure American citizens were on the forefront of scientific education. The NDEA was the first (and only) of its kind, exploiting the Cold War and also stimulating states to increase funding to produce a more muscular U.S.  education system. In 1958, Graham Barden, then Chairman of the Committee on Education and Labor, signaled to Congress, “It is no exaggeration to say that America’s progress in many fields of endeavor in the years ahead—in fact, the very survival of our free country—may depend in large part upon the education we provide for our young people now.”

Still, the federal government need not wrest control of public education from the states in order to achieve better national security outcomes. Despite state control underpinnings, shaping workforce supply for current and future security demands requires tailored, synchronized legislation between education and national security. States and local communities run and largely fund their education system, but, just as in the military, the tactical level does not always have a strategic outlook. To this day, and annotated by RAND in a 2004 report, the “most sweeping attempt to address STEM needs was the National Defense Education Act of 1958, passed in response to concerns about U.S. science education prompted by the Soviet Sputnik launches.” The biggest irony here is that a report released 46 years later by a well-regarded think tank has not generated much reflection on the intersection of primary and secondary education oriented in national security. There are reflections of reform in elementary through high school education at the federal level as seen from President George W. Bush’s No Child Left Behind Act and President Obama’s Every Student Succeeds Act, but neither of them touched on the linked-fate relationship between national security and the strength and quality of K-12 education.

Subtle tweaks to the status quo are not strong enough to create the necessary transformation the United States needs to hold onto its leading position in the world. To prevent backsliding and a deterioration in its standing, America can boost its education system across domestic and international standards by creating an envelope of funds that can be accessed if specific local communities apply and opt into a modern-day NDEA. In exchange for funds, the NDEA would require local school boards to draw up an adjusted curriculum considered by the federal government, with stronger emphasis on computer science, exposure to foreign language skills, and civics. Adopting a maximized approach driven by local communities and backed by federal priorities has the promise to reverse the bleak course the American education system is on. National security leaders must understand and embrace the link between K-12 schooling and American security and long-term interests. Without some exercise of emboldening and reaffirming the link between primary and secondary education to national security, then a continued cycle of meandering will linger.

Preparing for and managing national security challenges requires individual states and local communities to exercise the fullest extent of their resources to defend American priorities supported by the federal government. It is important to articulate uncommon and unique solutions that capture how best to respond to a U.S. threatened national security environment, i.e. peer-to-peer conflict with China.  President Eisenhower did not intentionally choose to launch a satellite into orbit after the Soviet’s, but he chose how the United States would respond to it. In the 21st century, it is incumbent upon American leaders to do so again. And what better way to ensure the United States is ready to lead in the hyper-digital future than to invest in its students? Sometimes the most important part is the beginning.

Chandler A. Myers is a 1st Lieutenant and a Maintenance Officer in the U.S. Air Force. He is a 2017 Air Force Academy graduate (BS in English), and a Norwich 2019 graduate (MA International Relations with a focus in Cyber Diplomacy). He is currently a Flight Commander in the 621st Contingency Response Wing (CRW) stationed at Joint Base McGuire-Dix-Lakehurst. The views expressed in this article are those of the author and do not necessarily reflect those of the U.S. Army War College, the U.S. Army, the U.S. Air Force or the Department of Defense.

Photo Description: Students chant, “Go Perseverance!” during an event to announce the official name of the Mars 2020 rover, Thursday, March 5, 2020, at Lake Braddock Secondary School in Burke, Va. The final selection of the new name, Perseverance, was made by Associate Administrator of NASA’s Science Mission Directorate, Thomas Zurbuchen, following a nationwide naming contest conducted in 2019 that drew more than 28,000 essays by K-12 students from every U.S. state and territory.

The Perseverance rover is now on its way to Mars. It launched on July 30, 2020, at 4:50 a.m. PDT (7:50 a.m. EDT). Perseverance launched on an Atlas V-541 rocket from Launch Complex 41 at Cape Canaveral Air Force Station, Florida. The Atlas V is one of the largest rockets available for interplanetary flight.