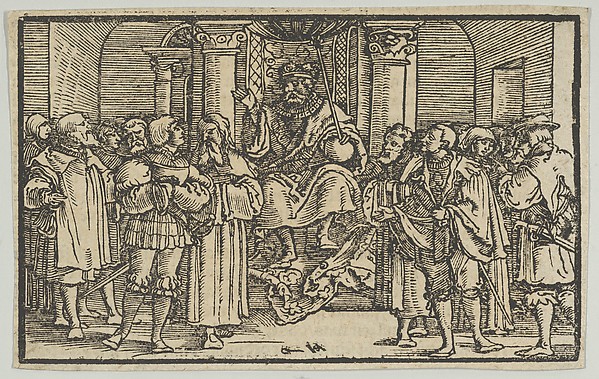 Imposing an artificial simplicity on Thucydides’s work makes it harder to understand the full range of warnings that his history gives.

Great works of human pathos rarely distill to simplicity. Thucydides’ account of the Peloponnesian War* (431 to 404 B.C.E.) defies simple summarizing in one cautionary lesson or trap. The account’s great virtue is the complexity conveyed about one of humanity’s most profound challenges: war.

Recently, Harvard political scientist Graham Allison used the idea of Thucydides’s trap to consider U.S. relations with China in his book “Destined for War. Can the U.S. and China Escape Thucydides’s Trap?” Although Allison’s version of the trap highlights one Thucydidean insight, it is a very limited perspective.

As shorthand, a trap is a choice that suggests a negative situation, peril, or catastrophe into which the protagonists placed themselves, individually or collectively. Thucydides’s history suggests a variety of traps that affect how and why nations go to war, and the awareness and avoidance of potential traps are matters of judgment or choice that those analyzing them might apply in analogous circumstances. It behooves thoughtful observers to avoid or escape such traps when encountered or anticipated.

At least six important traps are evident in Thucydides’s account: power transition (my term for the trap discussed in Allison’s book), strategy-polity mismatch, spiral of violence, “victory disease”, might-makes-right, and imperial overstretch. All of them should command the attention of strategists, commanders, diplomats, and other national security professionals. Imposing an artificial simplicity on Thucydides’s work makes it harder to understand the full range of warnings that his history gives.

Thucydides provided an account to last for all time. Trailing off several years from the end of the Peloponnesian War, Thucydides’s account is incomplete. It is a war within the Greek world but not a war encompassing the entire world. There are many polities and peoples on the outskirts of the story that periodically become embroiled in the plot, none more important than the Persian Empire – the region’s most powerful entity. Thucydides declared some lessons explicitly but left broad elements of interpretation to the readers’ discernment. His account invites readers to draw their own conclusions. Thucydides sometimes does provide commentary suggesting his view of the lessons to be gleaned; but, tantalizing though they may be, they are few and far between.

Thucydides highlights the underlying cause for the war: “The growth of the power of Athens and the alarm which this inspired in Sparta.” (1.23) Thucydides provided a detailed account of the war’s proximate causes. He related a complex tale of local violence and jostling among competing cities that eventually encompassed the city-states’ alliance systems and thence drew in the two greatest powers of the Hellenic world. At this level, the proximate causes of dispute array with broader power and potential that Thucydides sums up in a balance of power argument that finds ready acceptance in our modern era.

In recent years, this simplified theme of an otherwise deeply complex account has circulated widely – with Allison’s account mentioned above being among the most recent. Allison uses the formulation of this trap as a device for analyzing major transitions of international politics over the past several hundred years and applies it to present day analysis of the relationship between China and the United States. “The Thucydides trap” that Allison and others address is derived from the rising power of one polity and the fear that creates in the powerful polity it appears to be headed to displace at the top of international (or in many cases merely regional) politics.

To capture more of the complexity of Thucydides’s work, I briefly discuss six important traps using a title linked to Thucydides’s account of the Peloponnesian War as well as a reference using contemporary vernacular.

A Complex View: Thucydides’s Many Traps

Since we should credit many Thucydidean traps, I suggest retitling the trap that has gained vernacular hegemony as the Spartan trap. After all, the Spartans appear to be a primary victim of the trap by having let their fear of rising Athenian power draw them into a great war for which they suffered grievously even in victory. This is the overarching trap related to the underlying potential for great power war and the great tragedy war engenders.

2. The Pericles Trap: the Strategy-Polity Mismatch

The trap of expecting people to execute a strategy that goes against their nature. In diagnosing Athenian failure, Thucydides summarizes Pericles’s strategy and critiques Athenian adherence. “[Pericles] told them to wait quietly, to pay attention to their marine [Navy], to attempt no new conquests, and to expose the city to no hazards during the war, and doing this, promised them a favorable result. What they did was the very contrary, allowing private ambitions and private interests, in matters apparently quite foreign to the war, to lead them into projects unjust both to themselves and to their allies … whose failure entailed certain disaster on the country.” (2.65.7) Thucydides highlights the nature of the Athenian population and the passions of democracy that challenge Pericles (and other leaders) in pursuing strategies that clash with a group’s culture, instincts or perhaps against even basic human nature.

Thoughtful analysis of Thucydidean traps, in combination and contrast, can inform consideration of violence in the context of international relations, domestic politics, and individual motivation.

3. The Corcyra Trap: the Spiral of Violence

The revolution within Corcyra serves as a microcosm for the viciousness of the whole war. A key player in the proximate causes for the war, Corcyra reappears in Thucydides’s account at intervals during its first six years. Domestic politics in the midst of violence takes on an incredibly dark aspect as the contest continues until one faction annihilates the other. “So bloody was the march of revolution…” (2.82.3) that in Corcyra, the bonds of humanity frayed horribly and violence coursed to extremes. Corcyra foreshadows the escalating passion, violence and viciousness of the overarching war. [NB: Thucydides highlights the complicity of Athenian military forces passing through on their way to Sicily.]

4. The Pylos Trap: the Victory Disease

At Pylos the Athenians managed to defeat a significant Spartan force and capture many elite Spartiates. Once the Athenians trapped the Spartan forces, the Spartans offered Athens favorable terms. The Athenians had essentially obtained Spartan acquiescence to their original war aims. “The Athenians, however, kept grasping for more…” (4.41).  The war continued. Athens lost important battles in the north (e.g., Amphipolis) and, after the most aggressive commanders are killed in action (Sparta’s Brasidas and Athens’ Cleon), both sides agreed to a peace treaty (though it proves to be a treacherous armistice).

The fascinating Melian Dialogue (5.84-5.116) is often presented as a stand-alone piece of international relations theory. Consequently, many have tagged Thucydides as an exponent of what we know today as classic realism. The Melian dialogue is a particularly stark, sterile view of power shorn of morality. It has an attractive logic grounded in the utility of brute force to overawe and, if necessary, annihilate adversaries. But citing the Melian dialogue as Thucydides’s normative signature misleads. Recall that as with “fear, honor and interest” (1.76.2) many of the most famous quotes of the Melian dialogue are expressions put into the mouths of Athenian speakers and not part of the author’s directly attributable commentary. The belief that “…the strong do what they can and the weak suffer what they must.” (5.89) is a fraught guide for action. It’s worth noting that the next event in Thucydides’s account is the Sicilian expedition. Quite possibly the account of the Melian massacre, like the account of revolution in Corcyra, may reflect moral judgments of violence and hubris. In this regard, the Melian trap is connected to a much broader arc in the war’s narrative. The tragedy of the Melians post-surrender slaughter has an important moral dimension that Thucydides may have meant to contrast with the more lenient Athenian choice following the revolt at Mitylene (3.25 to 3.50).

The Sicilian expedition (books 6 and 7) might be characterized as the flip side of the Spartan trap: The power and success of Athens and the greed it inspired in the hearts of its people. Powerful and dominant as Athens was, the popular passions for even more were hard to check. Athenian pride, greed and impetuousness are central features. Much as Pericles struggled to keep Athenian passions in check in the first years of the war, Nicias struggled and ultimately failed to check Athenian passions to grasp for more while the recent war with Sparta remained unsettled. To Thucydides, the underlying failure in Athens was the tendency for private interests and ambitions to win out over public good. (2.65) Enamored more by the potential benefits and discounting the costs and risks, Athens made a vast investment in the expedition. The expedition brought Athens new enemies and raised the alarm of Sparta and other former adversaries by adding to their doubts about Athens’ commitment to the 50-year treaty signed seven years previously. The catastrophic failure of the expedition helped reignite the war with Sparta. The war continued for nine more years and led to the ultimate defeat of Athens, the devastation of much of the Greek world, the weakening of Sparta, and the reintroduction of intrusive Persian influence into Greek affairs. Athens paid the steepest price for its imperial overstretch but most of Greece suffered as well.

The most important trap to avoid might be the simplicity trap. War is one of the most complex and consequential human endeavors. As a more modern analyst, Carl von Clausewitz notes in On War, “Everything in war is very simple, but the simplest thing is difficult.” (p. 119)

Thucydides conveys an extraordinarily rich account of human conflict. It stands the test of time for capturing so much of the human drama that encompasses the role of individuals, polities and the potential appeals to violence in a world with no supreme sovereign to militate against such appeals. Thoughtful analysis of Thucydidean traps, in combination and contrast, can inform consideration of violence in the context of international relations, domestic politics, and individual’s interpersonal relations.

Graham Allison’s use of one Thucydides trap provides but a narrow and incomplete perspective. A US war with China, even in victory, could be as calamitous as Sparta’s over Athens. As a war escalates, the Corcyra trap of revolution and domestic upheaval warrants sober consideration (witness its echo in many civil wars, such as our own, as well as in the domestic tensions that often accompany interstate wars). The Pylos trap of grasping for growing policy aims even as battlefield success brings the original aims into reach also deserves attention (recall the rush to the Yalu in 1950 following the Inchon assault during the Korean War).

A final note of caution: This is a short article about a long book. The number of additional traps suggested above is a distillation meant to challenge a narrow reading and to suggest further exploration. These traps, even in the aggregate, still fall short of capturing the complexity and richness of Thucydides’s account of the Peloponnesian War.

*Author’s Note:  All references to Thucydides’s work are taken from The Landmark Thucydides: A Comprehensive Guide to the Peloponnesian War, edited by Robert B. Strassler. New York: The Free Press, 1996. Parenthetical references refer to the book, chapter and, where appropriate, section number. For example, the trap most prominent in contemporary debates is found in Book One, Chapter 23, Section 6 abbreviated as 1.23.6.

Image: “Representatives of Athens and Corinth at the Court of Archidamas, King of Sparta, from the History of the Peloponnesian War by Thucydides” by Hans Schäufelein (German, Nuremberg ca. 1480–ca. 1540 Nördlingen)