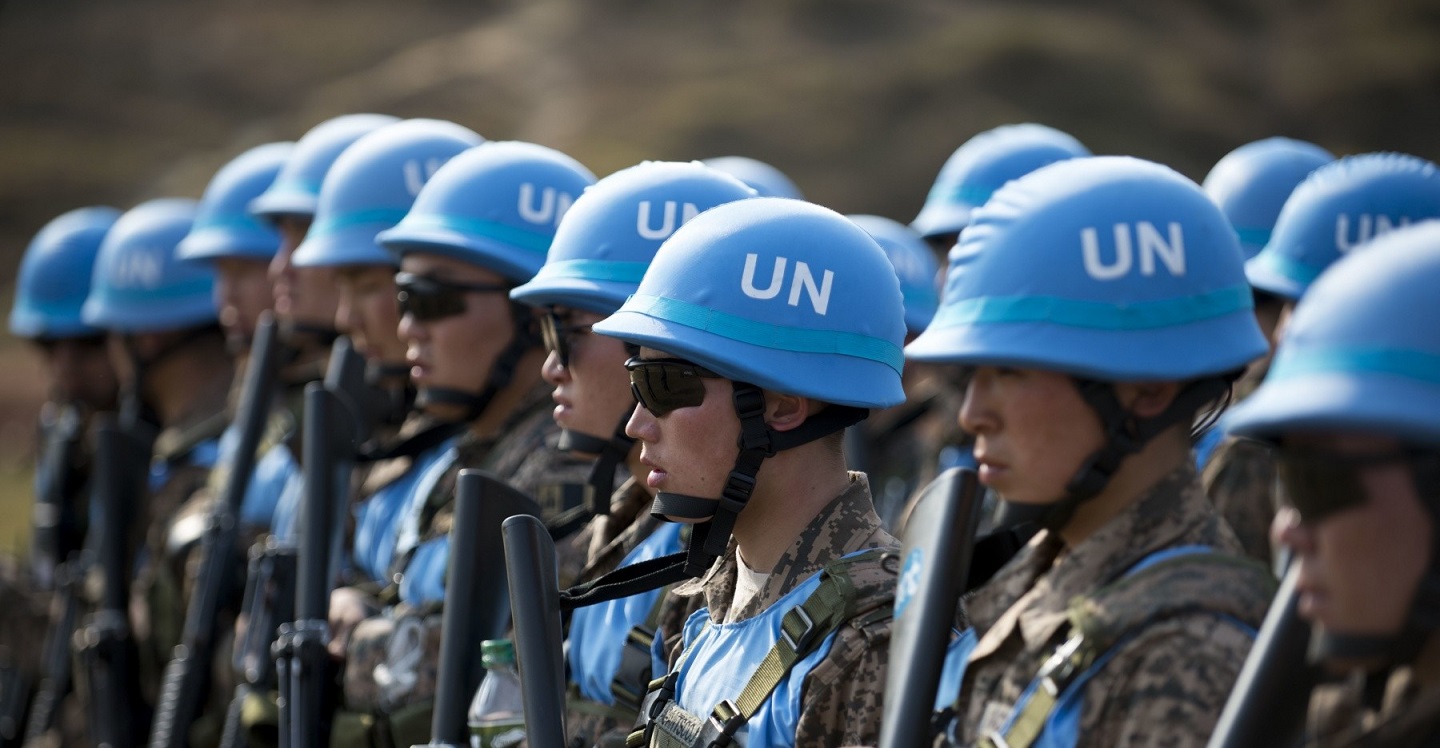 A headline about one of the many of today’s ongoing wars will almost inevitably be followed by a headline tomorrow calling for the United Nations to send in the Blue Helmets, as UN peacekeeping troops are informally known. Apart from some deplorable abuses perpetrated by a minority of UN troops (i.e. rampant sexual abuse in Haiti, 2004-2017), UN forces are the closest institution in today’s world to a universally-respected neutral peacekeeping party. With peace in short supply, many pin outsized hopes on UN missions’ ability to settle wars for good or at least prevent new outbreaks of violence, while also, not incidentally, contributing to a country’s rebuilding efforts.

As missions get formed, the questions of how many troops to send, and granting them the ability to use force – or not – take up a lot of airtime and political manoeuvring, since these two factors are seen as key to the missions’ success. Yet, focusing on size and use of force overlooks other critical factors that arguably have much more effect on the peacekeeping missions’ ability to help a country quell violence and rebuild its infrastructure and institutions. More important than the number of troops or their force capability is the authority the Blue Helmets are granted, by terms of the country’s peace treaty, to take a coordinating role among many actors seeking involved in rebuilding, and to adapt their approach as conditions evolve on the ground.

Comparing cases of UN peacekeeping missions supports the view that carefully specifying the Blue Helmets’ responsibilities within the peace treaty, including giving them flexibility to adjust to changing conditions, contributes to successful mission outcomes. A series of three failed UN peacekeeping operations in Angola in the 1990s contrasts with a single successful mission in Mozambique (1992-1994).  In these cases, the key differences in the missions were not their size or ability to use force, but the peace treaty terms defining the Blue Helmets’ role in each country.

Of the four UN peacekeeping missions in Angola and Mozambique during the war-torn 1990s, none was authorized to use force, apart from self-defense. Mission size varied from 300 to 7,000 troops. Spoiler alert: The three missions in Angola failed to keep the peace – hence the necessity for a series of UN deployments – while the single mission to Mozambique succeeded, resulting in a cessation of conflict after the mission terminated in 1994 (though for other unrelated reasons, peace there did not last). What made the difference for Mozambique?

Comparing peace treaty terms and contrasting outcomes of these missions suggests that critical factors in their success or failure were: designating clear roles in peace treaties for the missions, giving the mission active organizational roles and authority over other international operators on the ground, and specifying the mission’s way of interfacing with local actors. In Mozambique, the peace treaty ending the civil war in 1992 provided that a UN peacekeeping mission be put in charge of implementing all security provisions, including a disarmament, demobilization, and civilian reintegration (DDR) program. Crucially, and unusually, this mission was also given the chairmanship and voting presence on committees tasked with creating integrated military and police institutions. Thus, when post-treaty implementation began, the mission played a leading role  in negotiations around the future security institutions of Mozambique and on the ground, setting up and administering the disarmament, demobilization, and reintegration of former combatants into their civilian and military lives. Thanks to the peace treaty, the UN troops had the responsibility and authority to pressure both sides to comply with the treaty terms.

The mission’s authority as chair of the election committee was critical in allowing the entire connected process of disarmament, demobilization, and reintegration, and subsequent elections to be handled flexibly in light of unexpected developments. The program was meant to be completed before national elections were held, but experienced delays. The UN mission made the practical decision to postpone elections until disarmament, demobilization, and reintegration was complete. Holding the deciding vote, the mission could take steps to keep the processes on track, and prevented the kind of stalling tactics and delays in handing in weapons and returning to civilian life that former combatants typically engage during the unsettled post-conflict period. Had the UN mission been simply another voice on the committee – or not on the committee at all – the entire process could have disintegrated, or the side with the greater political leverage might have railroaded elections through and risked a rejected result. This is, in fact, what happened in Angola.

The broad authority granted to the Mozambique mission – and the extent to which it was leveraged by the commander – was not without controversy. In one instance, the UN commander decided to de-prioritize disarmament in favor of focusing on demobilization and civilian reintegration. While some criticized his decision due to the still-high rates of weapons ownership in Mozambique, giving mission commanders the authority to make significant, on-the-spot decisions taking into account specific and emerging conditions is critical to ensure overall positive outcomes in peacekeeping.

Unlike in Mozambique, the three peacekeeping missions deployed to Angola between 1992 and 1999 did not enjoy special status among the many international actors on the ground.

Unlike in Mozambique, the three peacekeeping missions deployed to Angola between 1992 and 1999 did not enjoy special status among the many international actors on the ground.

In Mozambique, an informal coalition of seven long-serving ambassadors in Maputo saw that the peacekeeping mission’s charge granted it the central coordinating role for their countries’ organizations, and therefore supported and amplified the mission’s authority. . Herman Cohen and Robert Perito, US state department officials involved in Mozambique, described a particular instance when the US was about to authorize a financial aid package to Mozambique’s civil service. The peacekeeping commander asked for the Americans to delay the package until Mozambique’s recalcitrant government forces started participating in the demobilization process. The Americans complied, allowing demobilization to proceed, and highlighting that granting the coordinating role to the mission commander ensured that actions of the array of international actors would not inadvertently undermine the critical work of peacekeeping.

Unfortunately, once the mission left in 1994, no central organization or leader took its place, and the later years of reconstruction inefficiency and lack of coordination  marred efforts between Mozambique’s main international aid partners. This failure to maintain international coordination with regards to Mozambique from 1997-2003 shows the importance of giving UN peacekeepers the role – derived from its treaty-given authority – in bringing together international actors to help the nation rebuild.

Unlike in Mozambique, the three peacekeeping missions deployed to Angola between 1992 and 1999 did not enjoy special status among the many international actors on the ground. The three Angolan missions’ treaty-specified role was merely to monitor and observe compliance with disarmament and demobilization processes, and they were not granted a seat, much less a vote, on the decision-making committees. Actors from both sides in the just-concluded war went around the Angolan missions, making special pleadings to international backers or directly to the UN Security Council as they sought to subvert mission demands for treaty compliance. Many examples of behavior that sidelined the missions are recounted in recently declassified UN documents for all three Angolan missions.

Compounding the lack of formal authority centered in the missions – the only potential neutral enforcement entity amid a colorful array of combatants and their proxy backers – was the rigidity of the treaties’ timetables for peace processes. When things went off track, the missions had no authority to make practical decisions around the order of play that would result in the most effective security and legitimate electoral outcomes. When Angola’s first demobilization program fell behind schedule in 1993, the presidential elections specified in the first peace treaty went ahead anyway, even though both sides still had thousands of armed combatants organized across the country. When the election results were, unsurprisingly, rejected by one side, war quickly reignited, with the UN mission lacking the formal authority or credibility to maintain belief in the peace processes, or indeed to maintain peace itself. One late-stage example serves to highlight the haplessness of the peacekeeping missions’ position: when the third and final mission deployed to Angola took over from its predecessor, it was explicitly given the former mission’s list of unresolved tasks, but provided with substantially fewer physical resources and no additional authority to carry out these assignments. The comparison between Mozambique’s peacekeepers and Angola’s three missions shows the importance of defining UN peacekeeping missions and tasks in peace treaties, and also giving them clear authority during implementation to ensure the peace process remains on track.

Comparing peace treaty terms and contrasting outcomes of these missions strongly suggests that critical factors in their success or failure were: designating clear roles in peace treaties for the UN missions, giving the mission active organizational roles and authority over other international operators on the ground, and specifying the mission’s way of interfacing with local actors. As specific terms are not included in the UN mandate, they receive less consideration during the decision-making process for authorizing a mission.

There are currently 100,000 troops involved in 13 active UNPKOs on three continents, some in place for years, engaging in activities such as institution building, delivering humanitarian relief, overseeing elections and overseeing demobilization of combatants. The significant commitment of resources and high hopes attached to these missions – and the sadly limitless prospect for more involvement by the Blue Helmets in hotspots around the world – call for fresh approaches that can lead to more effective deployments of this unique international resource.

The approach to setting up UN peacekeeping missions today is still informed by the lessons learned from the 1990s-era missions, particularly by the failed missions in Angola. Much time, attention and political calculus is invested in crafting the UN mandate: the agreement between the UN Security Council, the conflict country, and the countries contributing troops to the mission. The mandate delineates size, use of force, funding, and timeframes for the deployment – important questions to be sure. But the document that affects more directly the mission’s authority and flexibility on the ground is actually the country’s peace treaty, negotiated elsewhere.

The logical conclusion is that if UN peacekeepers play a post-conflict role, negotiators should take great care to enshrine the specific terms of its deployment in the peace treaty. They can draw on the lessons from Mozambique and similar cases to make sure that the Blue Helmet force brought in will have roles on key committees, specified decision rights, authority to change timelines and requirements as various complex elements unfold, and leadership among the various international actors. Negotiating teams should ideally include military officers who can make sure that the specified terms and authority vested in the peacekeepers aligns with military procedures, expertise in security issues, and capabilities of professional troops. Having military officers in the room where it happens, and giving Blue Helmets specific authority as well as flexibility in the peace treaty to carry out their mission, will do more than troop size and use of force to ensure that UN peacekeeping missions are set up for success.

Miranda Melcher is a PhD candidate at King’s College London in the Department of Defense Studies researching post-conflict military integration. She is also a teacher and author, focusing on history and politics, with a pedagogical focus on improving accessibility for students with learning differences. The views expressed in this article are those of the author and do not necessarily reflect those of the U.S. Army War College, the U.S. Army, or the Department of Defense.

Photo Description: A platoon of Mongolian soldiers stand in formation as they receive a brief after their training at exercise Shanti Prayas in Nepal. Shanti Prays is a multinational United Nations peacekeeping exercise designed to provide pre-deployment training to U.N. partner countries in preparation for real-world peacekeeping operations. March 2017