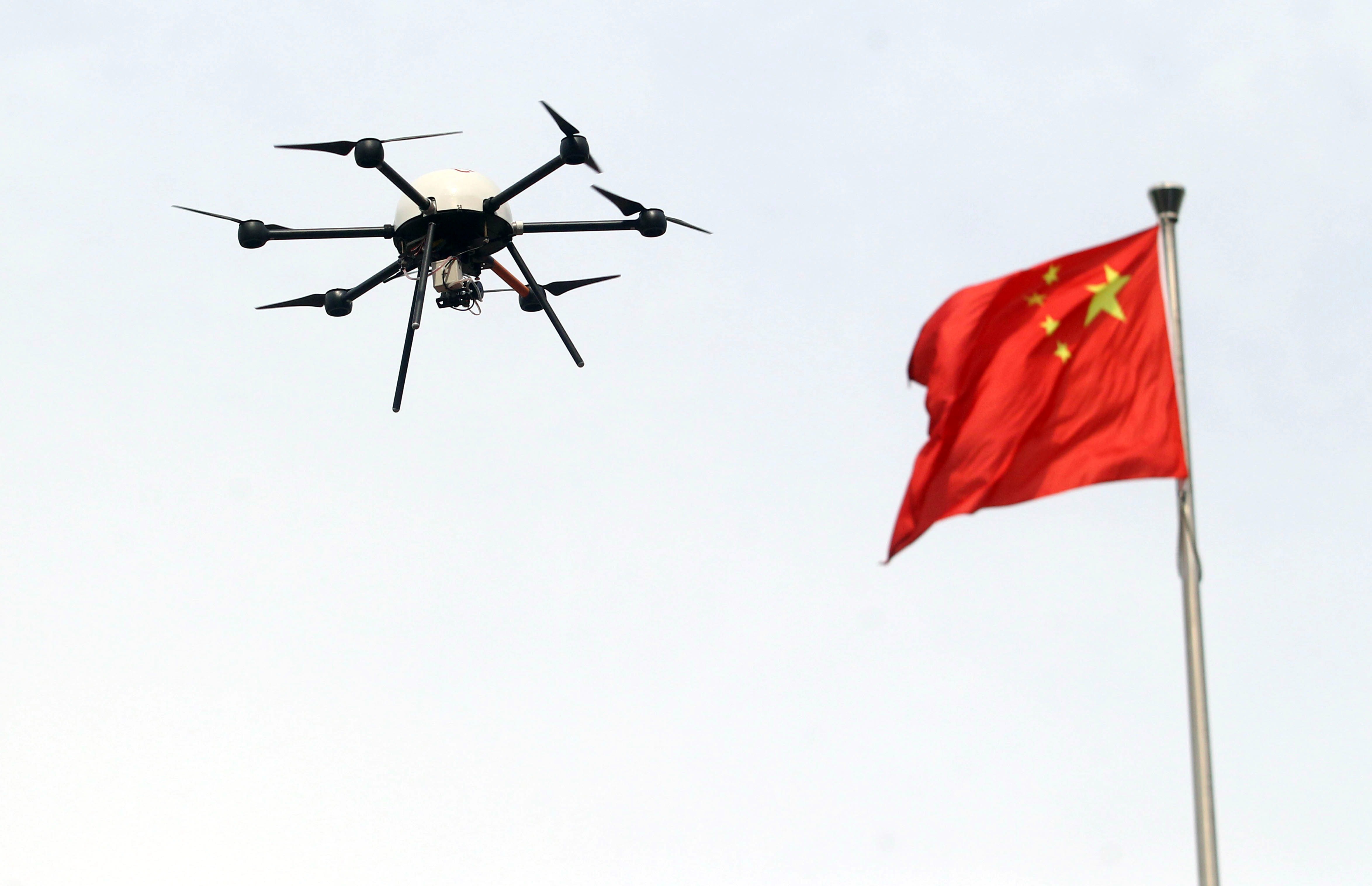 By relying on large platforms built by large contractors, the U.S. military lacks the small business integration that has given Chinese-based organizations an edge in UAV development.

The U.S. military is at risk of missing a huge wave of innovation in unmanned aerial vehicles. The unmanned aerial system/vehicle (UAS/UAV) market has experienced intense growth in recent years, largely driven by civilian hobbyists and drone enthusiasts. Prior to this growth, UAVs were primarily used exclusively by militaries, most notably by the American military in Afghanistan and Iraq in the post-9/11 era, with the U.S. accounting for at least 60% of all global drone research and development costs during the 2000s. By relying on large platforms built by large contractors, the U.S. military lacks the small business integration that has given Chinese-based organizations an edge in UAV development. This lost opportunity is a wound self-inflicted by the U.S. government and its bureaucracy.

The U.S. military was largely responsible for the birth of the U.S. drone industry. However, as drones have become less expensive and easier to acquire, the cost barriers to entry in this market have fallen. In light of these developments, the Chinese UAS market has gone from startups marketing cheaply-made hardware targeting young children during Christmas time, to one churning out multi-market military and commercial-grade UAS kits capable of matching the capabilities of high-end American technology. Here’s what the U.S. military can learn from the Chinese drone startup ecosystem.

One lesson from the Chinese drone sector is the importance of building and maintaining relationships between startups and the military. The Chinese military has formed such agreements with private organizations to spearhead UAS/UAV innovation. With relatively young companies such as DJI rapidly transitioning from a startup to a company, with market capitalization exceeding $10 billion, the Chinese government has listened to startups, providing them with opportunities to influence the development of the military in the drone space. This allows the Chinese military to share developmental risk more widely across a large set of private partners in order to avoid research and development stagnation, as startups separated from the government bureaucracy lead the economic and technological expansion of this ecosystem. This flexibility demonstrated by the Chinese government has allowed innovation to progress at a rapid pace. This is in direct contrast with the American model of military innovation, relying exclusively on government-catering contractors in order to develop technology. In the U.S., small firms struggle to shape defense spending, influence research and development, or affect the requirements for new military systems (with the notable exception of programs for the Special Operations community). This has resulted in an innovation lag within the U.S. military development sphere, as American contractors seek to prolong their association with the American military and other similar entities in order to receive steady amounts of funding. The U.S. military needs to create more opportunities for consortia and partnerships with American drone startups.

In recent years, the U.S. military has increased its flexibility in providing innovative technology firms with more ways to work with DoD, most notably with DIUx. Initiative such as the Army Research Labs’ Robotics Collaborative Technology Alliance are also a step in the right direction. Yet the defense community would benefit from more formal cooperation with drone innovation and advocacy groups like the Small UAV Coalition and the Drone Manufacturers Alliance.

A second strength of the Chinese drone industry is its diverse product portfolio. American-produced drones have largely (pun intended) been larger platforms meant exclusively for military use, with limited fielding by other federal, state, and local government entities. A Federation of American Scientists report identified three distinct market segments within the civilian drone market, as seen in the following chart:

How many entry-to-commercial level drones are currently produced and sold by American UAS/UAV manufacturers? The short answer to this question is zero. Is this a problem? It is if you believe in the military potential of swarms of inexpensive, unmanned aircraft. Although the U.S. military has produced several alarming demonstrations of swarming, American firms simply do not build the small inexpensive drones that would support extensive, institutional learning about how to use this novel capability. This is a classic “low-end” disruption, to use Clayton Christensen’s term from the “Innovator’s Dilemma”, and the U.S. is the one being disrupted.

China’s drone industry spans the full range of drone size and capabilities. Partnerships with a variety of drone manufacturers increases flexibility in experimenting with and developing new operational concepts, without the cost or time constraints obligating either party to one another. This would have the intended effect of driving innovation, as companies would not have the guarantees that current government contractors enjoy within the American military procurement system.

The U.S. military must … seek to reinvent the American manufacturing industry, with the in-house production of such advanced technology being a huge benefit for testing, innovation, and expansion.

Another lesson that the U.S. military can take away from the Chinese drone industry would be the offering of economic incentives to organizations that participate in helping the U.S. military develop its drone programs. Chinese drone programs have found huge success in foreign markets to include the Middle East, Africa, and Asia, with Chinese-made UAS/UAV systems used in operations with a variety of organizations. The Chinese government has assisted in the foreign (to China) production of Chinese drones and drone support equipment, also using this home-grown technology in national defense posturing.  The profitability of such technology as export tools, costing half, if not less than half, of their American counterparts, has driven the development of the UAS/UAV market. In fact, early reports indicate over 400 commercially-oriented drone companies in China alone, thus increasing the pool of available technical experts to advise the military on any potential problems. The economic benefits of the Chinese drone industry, primarily developed by startups, have had the effect of also funding future civil-military projects and technological investments. With these tools, the Chinese drone startup industry has grown with a certain intensity, particularly for an organization barely breaking double-digit years in terms of founding.

On the American side, the fact remains that there are simply very few economic incentives to justify U.S. military research and development costs for heightened drone technology. This is directly addressed in federal legislation through acts such as the Arms Export Control Act of 1976, which bans the foreign sale of specific weapons under the umbrella of national security. This, combined with factors such as a complicated bureaucracy and the high, uncompetitive cost of American labor, has resulted in the only entrants within the American drone startup industry being civilian-oriented, eschewing any cooperation with the government for fear of non-profitability. Active participants in the commercial U.S. drone space are primarily large defense contractors, with a heavy reliance on the government contracting process to maintain profitability. Given a certain loosening of the Arms Export Control Act, smaller and medium-sized participants within the space would have the ability to compete with current behemoth government contractors to help advance and develop the U.S. military’s drone program.

The U.S. military also should capitalize on a growing opportunity for significant innovation: drone users themselves. The work of MIT researcher Eric Von Hippel has highlighted the power of “open innovation” communities, in which users of technology modify it and make their modifications known for the benefit of other users. In certain environments, open innovation has even more potential for achieving significant change than traditional innovation systems in which businesses are the locus of innovation.

Chinese startups in the UAS/UAV market have grown through their ability to manufacture quickly and according to the standards of a variety of customer types. The backbone of the Chinese economy is the manufacture of consumer goods, especially electronics. Thus, the Chinese have been able to rapidly increase drone production and scale it to match broader economic growth. The Chinese also capitalize on this manufacturing ability by constantly refining and testing new products, with the high initial cost to entry of a robust supply chain and factory infrastructure being of little consequence due to China’s already-heavy investment in that specific sector. Additionally, startup ownership and partnership with the strong manufacturing industry has allowed Chinese UAS/UAV systems to be adapted to user preferences, with changes being made efficiently and effectively, thus creating more opportunity for marketability and customization by user nations.

The U.S. military must take a similar approach and seek to reinvent the American manufacturing industry, with the in-house production of such advanced technology being a huge benefit for testing, innovation, and expansion. This would allow for additional economic growth within the American manufacturing sector, as well as allowing for the refinement of manufacturing processes for American companies throughout the space, to include the automobile industry, heavy machinery sector, and other specific systems with a heavy reliance on manufacturing. The United States was once a leader in manufacturing consumer goods, and it must invest in restoring some of that industrial leadership. Additive manufacturing, 3-D printing, and robotics may provide powerful ways for America to do just that. This will allow the U.S. to match (or exceed) Chinese consumer electronics production capabilities in key areas such as drone manufacturing.

The U.S. military drone program, reliant on innovation coming from cumbersomely large government contractors, has not been able to reach its full potential. In contrast, the Chinese military has been able to use the growing Chinese drone ecosystem to its advantage, exploiting the innovation capabilities of startups to drive technological expansion. While not perfect, the Chinese drone startup market has been able to help the military innovate and spread its sphere of influence, ensuring the most responsive, adaptive, and agile innovation standards. The U.S. military has much to learn from the Chinese UAS/UAV market, and has the potential to outpace it if changes are made to foster an innovative developmental community with the goal of growing this technological industry.

Photo: Unmanned drone aircraft being tested during a campaign for disaster prevention and reduction in Beijing.