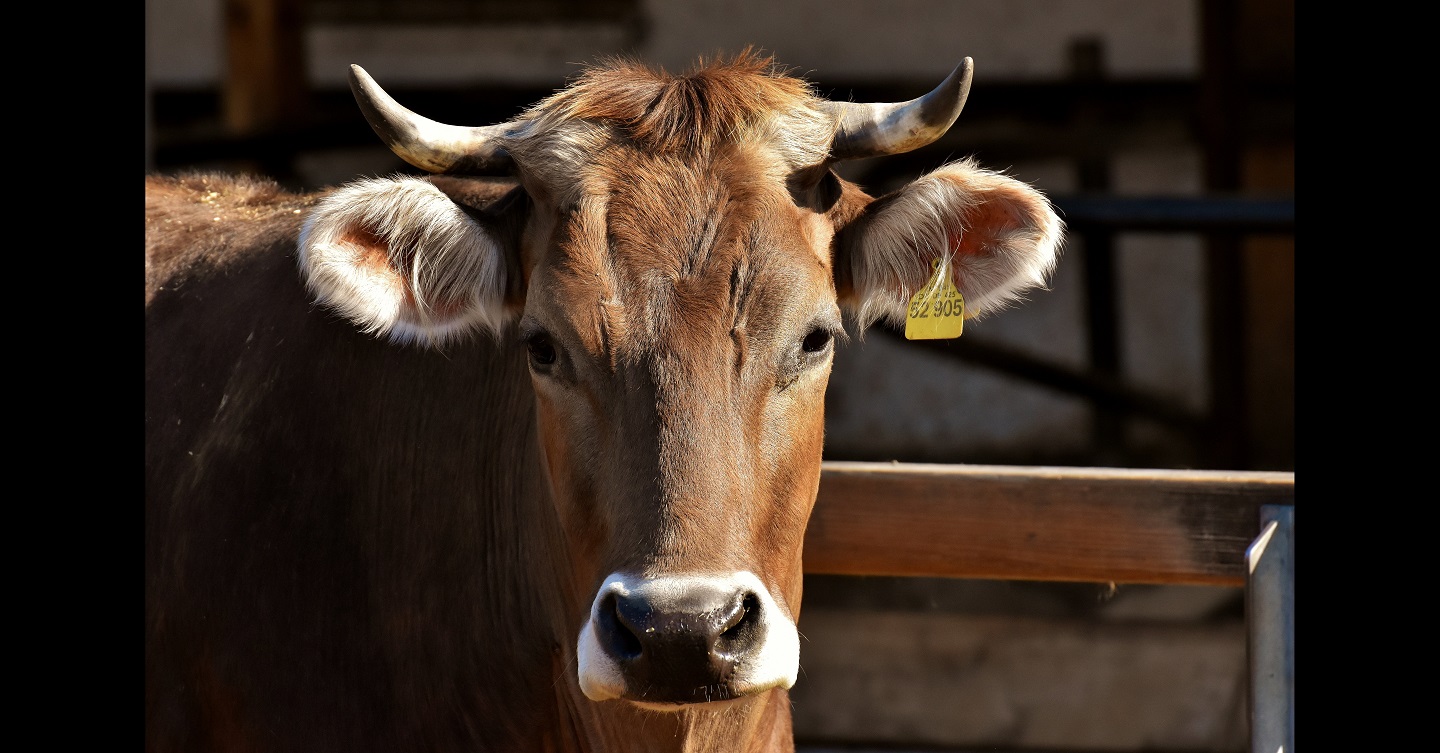 National security analysts primarily consider external threats before assessing whether or how the nation can and should secure itself.

National security experts rarely consider the complexities of the American diet and food systems being tied to United States (U.S.) military readiness and effectiveness. Similarly missed is the link between food insecurity and environmental damage or climate change, which contribute to second- and third-order effects that could undermine U.S. national interests. Most views only narrowly focus on the end states of Western profligacy as threats to American national security. They especially note the medical costs of unhealthy military personnel and how obesity levels undermine military readiness. In some cases, they note relationships between food insecurity, insurgency, and political instability; however, policy prescriptions are more reactive to, than proscriptive of, the root causes fueling such issues.

National security analysts primarily consider external threats before assessing whether or how the nation can and should secure itself. However, one wonders if they consider internal threats to the nation’s response capacity with equal concern. Such threats include diminished military manpower and readiness, owing to soaring healthcare budgets and unfit recruits.  Young, unhealthy Americans limit the population from which the U.S. military can recruit service members. They weigh down economic growth, and weaken U.S. military power.

To counter such internal challenges, we must unpack the structural problems of a complex system that supports, and in many cases enables, the Western diet. America exemplifies abundance, with its engrained cultural preferences for animal products and sugary, processed convenience foods. growing number of documentaries, like The Game Changers, challenge the status quo U.S. diet and illustrate the health and environmental benefits of veganism. What we eat affects mental and physical fitness more than any exercise regimen. A shift towards a plant-based diet (i.e., veganism) could have radical implications for the mental and physical health of the military, not to mention for American citizens at large. Nevertheless, daily conversation in America and throughout most of the developed world centers on “What are we going to eat?,” while in most low-income countries, people speak of “if” and “when” they might eat again.

A large portion of the world struggles to gain access to food daily, causing humanitarian issues with enumerable externalities (e.g., Somalia 1992-1993). Among other factors such as climate change and government corruption, food insecurity is a leading cause of political instability. In addition to leaving people struggling to fulfill the basic requirement of life, food insecurity goes hand-in-hand with political instability. State fragility can make any state more susceptible to terrorism, transnational crime networks, and foreign influence, thereby transforming it into a potential American national security interest.

Yet, most Americans ignore such concerns and take food for granted. Easy access, affordability, and availability make food convenience elemental aspects of the American lifestyle. Complacency may rest on incentivized food production systems and on a Western culture bent on choice and the freedom to eat to excess. The gluttony of this food production system yields the highest obesity rates in the world and facilitates tremendous environmental degradation.

Overindulgence leads to numerous externalities. Few realize how many hidden ‘costs’ (e.g., poor health, environmental damage, and unsustainability) are associated with enjoying a cheap hamburger. Eventually, the U.S. (and the nations it helps safeguard) will have to pay the ‘bills’ associated with these ignored ‘costs.’

Already, government reports indicate that the ballooning costs of military health care alone could reach almost $100 billion annually by 2030. Such costs eat into defense modernization budgets as more money goes toward treating military members and retirees with heart disease and other ailments associated with animal-based diets, sedentary lifestyles, and tobacco and alcohol abuse. Money is thus less available for modern weapon systems needed for a great power competition against China and Russia. As described by retired Marine Major General Arnold Punaro, a member of the Defense Business Board, a Pentagon advising group: “General Motors did not start out to be a health care company that occasionally built an automobile…Today, we’re on the path in the Department of Defense to turn it into a benefits company that may occasionally kill a terrorist.”

While many CrossFit gurus may boast of their fitness-infused lifestyle as the healthiest, research proves diet has a greater impact on overall health. Medical literature credits plant-based diets with reducing inflammation, slowing or reversing heart disease, decreasing the likelihood of diabetes and obesity, and aiding cancer survival. Just reducing meat intake can improve cognitive function, memory, and mental health. Moreover, despite what some skeptics believe, numerous food sources provide enough multispectral vitamins and nutrients to keep vegans healthy. There are just too many physical and psychological benefits of a plant-based diet to list.

By shifting towards plant-based foods, there could be tremendous savings to the American economy and healthcare system. Conversely, with no dramatic changes to the American diet, $800 billion in medical expenses are expected by 2030 for treating cardiovascular diseases alone. Such a drain on the economy will make it harder to justify an estimated $934 billion in annual U.S. military spending. U.S. costs are not the only thing expanding.

Meat production, beef specifically, is one of the most detrimental, inefficient, and unsustainable systems.

As global population expands, so too does the need for food. Unfortunately, the current food production system is flawed; inefficiently produced, with minimal nutrition, and a large carbon footprint. It is an artifact of the post-Great War era. Following 1918, many nations cooperated in pursuit of a world that enjoyed a “freedom from want.” Over time, the developed world established effective food production and distribution systems. However, contemporary food systems’ methods look increasingly wasteful and archaic. Meat production, beef specifically, is one of the most detrimental, inefficient, and unsustainable systems.

Though deeper-level systemic problems associated with changing the American diet now prevail, overhauling the current food system could support U.S. national security interests in two ways: First, a shift to lower-cost veganism could improve American military readiness, by translating the resultant windfalls into economic and military power. Second, supporting veganism worldwide could mitigate issues that contribute to global food insecurity, health problems, and environmental degradation. Unaddressed, these issues will lead to second- and third-order security complexities which the U.S. military may have to confront.

Instead, the U.S. should help popularize sustainable diets worldwide that could encourage trickle-down food stability and yield long-term effects, including possibly limiting food-induced crises such as the humanitarian disaster unfolding across sub-Saharan Africa’s Sahel region. Though the U.S. and other countries have deployed military personnel there, they have not resolved the security complexities wrought by food insecurity and state collapse, in a context of failing food production systems, insurgency, and transnational criminal organizations. Lack of food access and the dedication of arable land to animal feed contribute to states’ vulnerability. Such local complexities, coupled with climate change, and with certain cyclical reinforcing processes, can exacerbate regional instability as conflicts spread into neighboring areas and further undermine international security interests.

Civil war dynamics in Africa affect European and greater Middle Eastern security, not least with refugee flows, disease ‘migration,’ human trafficking, and other criminal supply chains (e.g., drugs, weapons, and wildlife). Europe as a bloc is the United States’ number one trading partner and is home to many North Atlantic Treaty Organization allies. Instability there could undermine U.S. security interests, which include balancing and deterring Russia.

China is another U.S. competitor to deter, given not only its growing military and economic power, but also its resource consumption. If it ever adopted Western meat-eating habits, world food systems would be unsustainable due to increased environmental stressors such as deforestation, to clear grazing lands.

Lastly, meat production can threaten human health and future national security interests in other ways, by serving up vectors for zoonotic diseases, which humans can contract (e.g., ‘Mad Cow,’ COVID-19, etc.). The human and economic tolls wrought by such dangers have been attributed directly to meat production and distribution systems. Plant foods, in contrast, transmit no viral diseases.

With only a small percentage of Americans now eating a plant-based diet, perhaps tying diet to U.S. national security and future prosperity is a way of building public support for a dramatic shift away from animal-based diets. National security planners must advocate for the value of plant-based diets in support of American power in the 21st century and beyond. Veganism should be advocated as contributing to American economic and military power, and therefore to U.S. military readiness. Such a shift would reduce environmental stressors, slow climate change, and mitigate food insecurity — all of which threaten American national interests.

While some may dismiss these concerns as hyperbolic pontification about American national security interests being linked to food production systems, we contend that numerous biases inhibit discussions on the merits of this topic to our peril. The American way of eating is inextricably dependent on numerous complex processes that are slowly undermining American security in the long-term. Thus, such food system issues should be part of the broader security discourse on sustainable food systems and American national interests.

Perhaps the next time you’re about to chow down on a big, greasy hamburger, you’ll think about the national security externalities it entails, with regard to your health, the stability of the international food chain, and the violence associated with food insecurity.