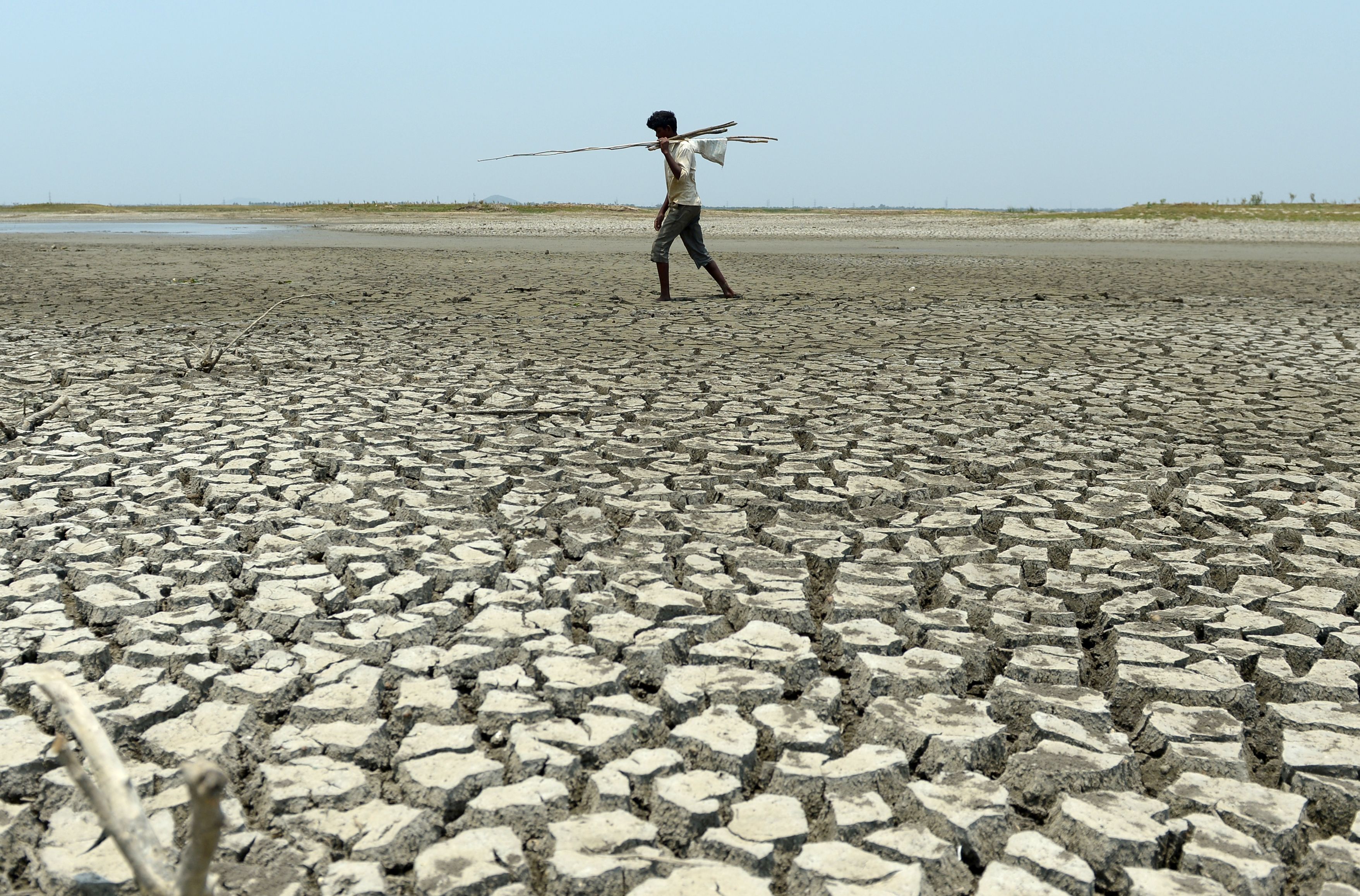 The failure to address water problems through diplomacy will lead to new and growing security risks, including for the U.S.

Around 2500 BC, Urlama, the King of the city-state of Lagash, diverted water from boundary irrigation canals between the Tigris and Euphrates rivers to deprive a neighboring region, Umma, of water. This act, in a region corresponding to parts of modern day Iraq, Syria, and southern Turkey, was the first recorded political and military dispute over water resources. Four and a half millennia later, water remains an instrument of coercion and a source of tensions and conflict. The Islamic State has reportedly used water as a weapon, depriving communities in Mosul of access to a water supply, and control over water facilities has been used repeatedly, worsening access to safe water for civilian populations.

Fresh water has long been a vital and necessary natural resource, and it has long been a source of tension, a military tool, and a target during war. The links between water and conflict have been the subject of extensive analysis for several decades, beginning with the development of the literature on “environmental security” and water conflicts in the late 1980s and early 1990s. In coming years, new factors, including rising populations, industrial and agricultural demand for water, human-induced climate change, and political uncertainties make it increasingly urgent that solutions to water tensions be found and implemented. The failure to address water problems through diplomacy will lead to new and growing security risks, including for the U.S. The U.S. and its allies must develop and employ a wide variety of instruments to reduce instability and the risk of conflict related to growing water problems, before military intervention is needed.

Fresh water is vital for all human economic and social activities, from the production of food and energy, to support for industrial development, to the maintenance of natural ecosystems. Yet freshwater resources are limited, unevenly distributed in space and time, increasingly contaminated or overused, and poorly managed. These constraints, coupled with growing populations and economies, are putting more and more pressure on natural water resources, even in regions where they were previously considered abundant. Such pressures have the potential to explode into violent conflict.

In the late 1970s and early 1980s, military and academic experts concerned about international security and conflict began to shift their focus from realpolitik and superpower politics to an evaluation of other threats to national and international stability. These included environmental threats such as energy security and oil transfers, transboundary environmental pollution, conflicts over water resources, and the potential impacts of climate change.

The fundamental concept, now widely accepted, is that political instability and violence, especially at the local or regional level, are extensively influenced by economic, demographic, and social factors that are themselves sensitive to resource and environmental conditions.

Even in a static world, conditions and challenges in major international river basins would persist. Yet the world is not static, but experiencing dynamic and often rapid changes in demographics and environmental conditions. Populations are growing rapidly, economies are expanding or changing focus, and the climate is undergoing increasingly rapid shifts due to rising concentrations of greenhouse gases.

The links between resources and security concerns include direct and indirect impacts. Direct conflicts over access to water are uncommon and almost always local – related to water scarcity and access. But there is also a rise in direct attacks on water systems, such as dams, water treatment and distribution plants, and hydroelectric facilities, in conflicts that start for other (non-resource-related) reasons. In recent years, major dams and water infrastructure have been both used as weapons of war and directly attacked by different sides in the wars in Iraq and Syria, as well as in Ukraine.

Indirect effects include cases in which water resources lead to changes in food production or other economic factors, which in turn contribute to state instability and conflict. In Syria, for example, the civil war is a complicated mix of ethnic, religious, and ideological disputes, but there are also documented links between social unrest and violent conflict related to influences of regional long-term drought, climate change, agricultural crop failures, rising rural unemployment and migration to cities.

It is no accident that water is especially politically controversial in the Middle East: it is an arid, water-short region; every significant river and watershed is shared by two or more countries, including the Nile, Jordan, Tigris, Euphrates, and Orontes. As a result, international agreements about sustainable river management are critical, yet there have been very few successful inter-basin treaties signed for the region.

National and international leaders must take steps to reduce the risks and threats associated with water insecurity.

In recent decades, the lack of adequate international agreements has contributed to a series of political and potentially violent water-related disputes in the region. In 1974, Iraq threatened to bomb the al-Thawra (Tabqa) Dam in Syria and massed troops along the Syrian-Iraq border, alleging that the dam reduced flows of Euphrates water to Iraq. In 1990, the flow of the Euphrates was temporarily interrupted when Turkey finished construction on the massive Ataturk Dam. Both Syria and Iraq protested the interruption. The political situation was worsened when Turkish President Turgut Özal threatened to restrict water flow to Syria to force it to withdraw support for Kurdish rebels. In June 2015, Islamic State militants shut off and redirected water flows below Ramadi Dam on the Euphrates River in order to facilitate military movements. Two months later, Syrian rebel groups cut off water from a spring in Ain al-Fijah, reducing water output to Damascus by 90 percent for three days and leading to water shortages and rationing. In December 2015, Russian Federation forces reportedly bombed the al-Khafsa water treatment facility in the city of Aleppo cutting off water for millions of people.

According to Global Water Security, a recent report produced by the U.S. intelligence community, such threats are increasingly relevant to decisions about conflict resolution and national security policy and strategy. Analyzing global and regional water security issues, the report concludes that water problems along with social tensions, poverty, environmental degradation, weak governments, and other factors will contribute to political instability in regions and countries important to U.S. national security. The intelligence report also identified competition between nations over water, weak economies, and limited technical ability as destabilizing factors in some countries. It concluded that these issues would grow over the next decade.

Similarly, the U.S. Department of Defense and the U.S. intelligence community have acknowledged the reality of environmental disruptions and the risks they pose to U.S. global interests as “threat multipliers” that contribute to destabilizing political and security impacts. The Center for Naval Analysis Military Advisory Board raised this point in the context of the growing likelihood that climate change would worsen drought, famine, flood, and refugee problems.

The 2014 U.S. Quadrennial Defense Review also considered resource issues as threat multipliers that pose significant challenges for the United States and the world at large. The 2014 Review argued that these threats “can enable terrorist activities and other forms of violence.” A March 2017 North Atlantic Treaty Organization Parliamentary Assembly assessment identified food and water problems as special challenges for security in the Middle East and North Africa, noting, “[d]eteriorating food and water security can lead to domestic unrest, potentially destabilising countries” and “[f]ood and water resources and infrastructure can also be targeted or used as coercive tools in times of conflict.” The May 11, 2017 statement of the Director of National Intelligence to the U.S. Senate Select Committee on Intelligence noted, “[h]eightened tensions over shared water resources are likely in some regions.”

Recent security concerns in Europe have been related to the massive population dislocation and refugee flows driven by the civil war in Syria, as well as by the continued economic and political unrest in Iraq and North Africa. The European Commission has linked the refugee crisis to both the overall political situation in the conflict region as well as to climate change and water problems.

For water resources, combinations of these approaches have been synthesized in descriptions of a more integrated management approach, or a “soft path for water.” An application of these kinds of strategies could have reduced the role that water played in the recent Syrian civil war: more efficient agricultural water use would have permitted greater food production and the retention of rural jobs. Policies to more effectively manage variable supplies could have lessened the economic costs of the drought. Modern technologies such as precision irrigation, soil-moisture monitors, desalination, distributed wastewater treatment, smart metering, and more can also reduce the difficulties associated with sustainable water management.

A long history of political tensions and violence associated with poor water policies and management, combined with new threats associated with growing populations, new ideological challenges, and a changing climate make it urgent that we better understand – and work to reduce — the risks of water-related conflict. Solutions to water tensions exist but the failure to address these issues greatly increases the risks that violence and conflict over water will grow and that military and intelligence resources will be called into action. The British politician, Tony Benn, said, “War represents a failure of diplomacy.” If we fail to manage water sustainably, strategically, and effectively, water will be an increasing source of conflict. The good news is that smart solutions exist if we have the foresight and initiative to pursue them.

Dr. Peter Gleick is a hydroclimatologist and co-founder of the Pacific Institute, a global water think tank. The views expressed in this article are solely those of the author and do not necessarily reflect the views of the U.S. Army or the U.S. Government.

Portions of this paper were prepared for Gleick, Peter H. 2017. “Water Resources, Climate Change, and the Destabilization of Modern Mesopotamia.” In Water, Security and U.S. Foreign Policy, edited by David Reed, 1st, 149-167. Routledge.