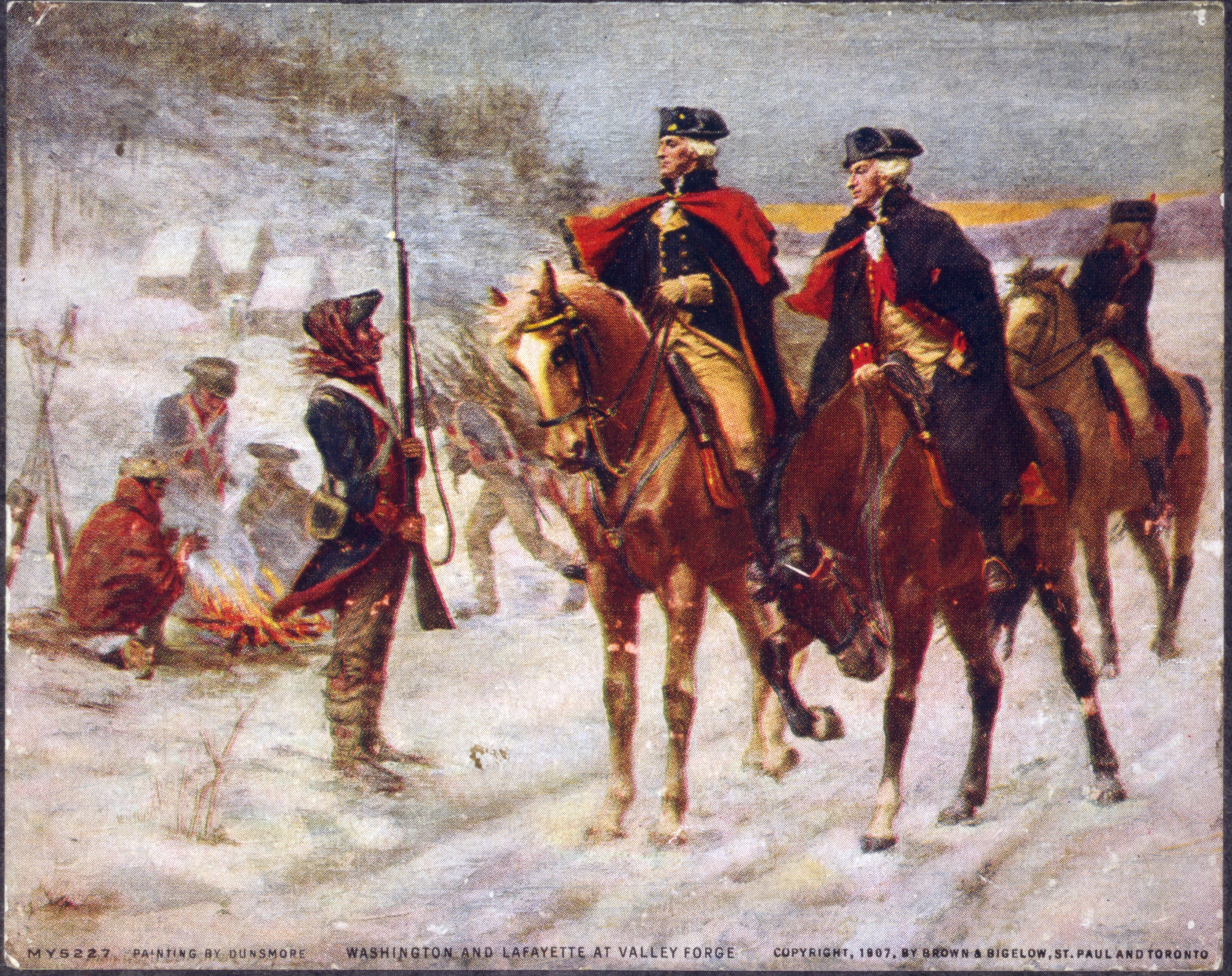 [Washington] believes that if the Army is forced to disperse in order to feed itself, he will lose this part of the war.

The harsh winter of 1777-1778 saw the American Revolution at a crossroads. Despite growing popular support among colonists for independence, the Continental Army was in a difficult state. Battle weary and low on money and supplies, the Army was neither in a position to mount a winter campaign nor defend Philadelphia and instead chose to encamp at Valley Forge. General George Washington’s leadership would be tested as the Army suffered from starvation and disease due to continued supply problems, yet still managed to re-organize and re-train for renewed fighting that summer. The lessons of this experience are discussed between Professor Rick Herrera of the School of Advanced Military Studies in Fort Leavenworth and U.S. Army War College Professor of Strategy Jacqueline E. Whitt.

Rick Herrera is Professor of Military History in the School of Advanced Military Studies, Fort Leavenworth, Kansas and author of For Liberty and the Republic: The American Citizen as Soldier, 1775-1861. Jacqueline E. Whitt is Professor of Strategy at the U.S. Army War College and the WAR ROOM podcast editor. The views expressed in this presentation are those of the speakers and do not necessarily reflect those of the U.S. Army War College, U.S. Army, or Department of Defense.