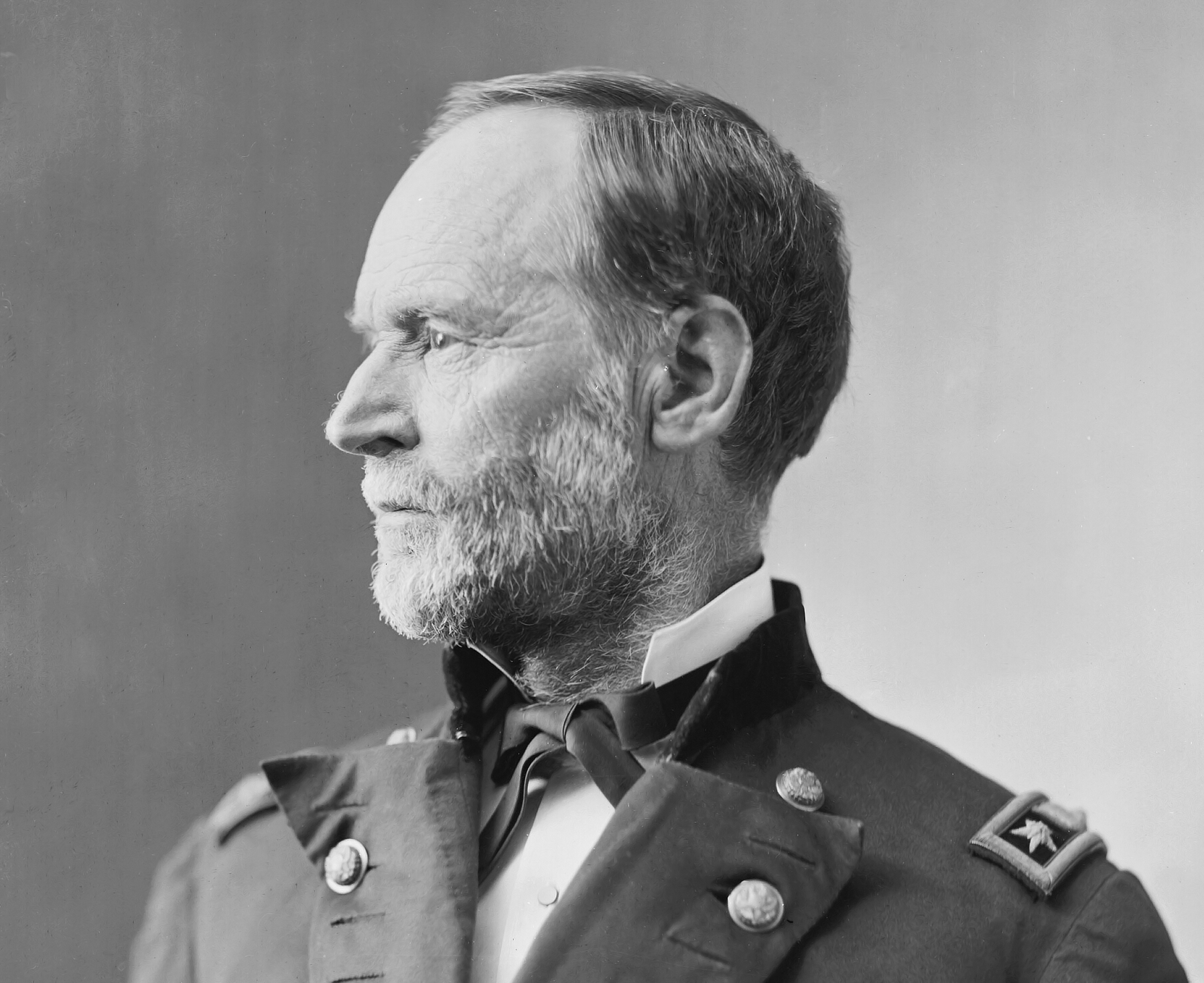 He understands the psychology of war matters, and he is intent on trying to get the war over as quickly as possible.

We continue our series on Great Captains with a look at William Tecumseh Sherman, one of the more controversial figures in the Civil War due to his actions in the South during the latter stages. A brilliant leader who understood well the impact that war has on soldiers and societies, Sherman was credited by Liddell-Hart as being the first “modern” general. But as the architect of a brutal campaign that severly weakened the Confederacy, Sherman also invoked fear and anger from enemies and friends alike. War College professors Jacqueline E. Whitt and Andrew A. Hill take a close look at Sherman and his legacy and one of histories Great Captains.

Photo: Cropped portrait of William T. Sherman by Mathew Brady, listed as between 1865 and 1880. Digitally enhanced from original negative.