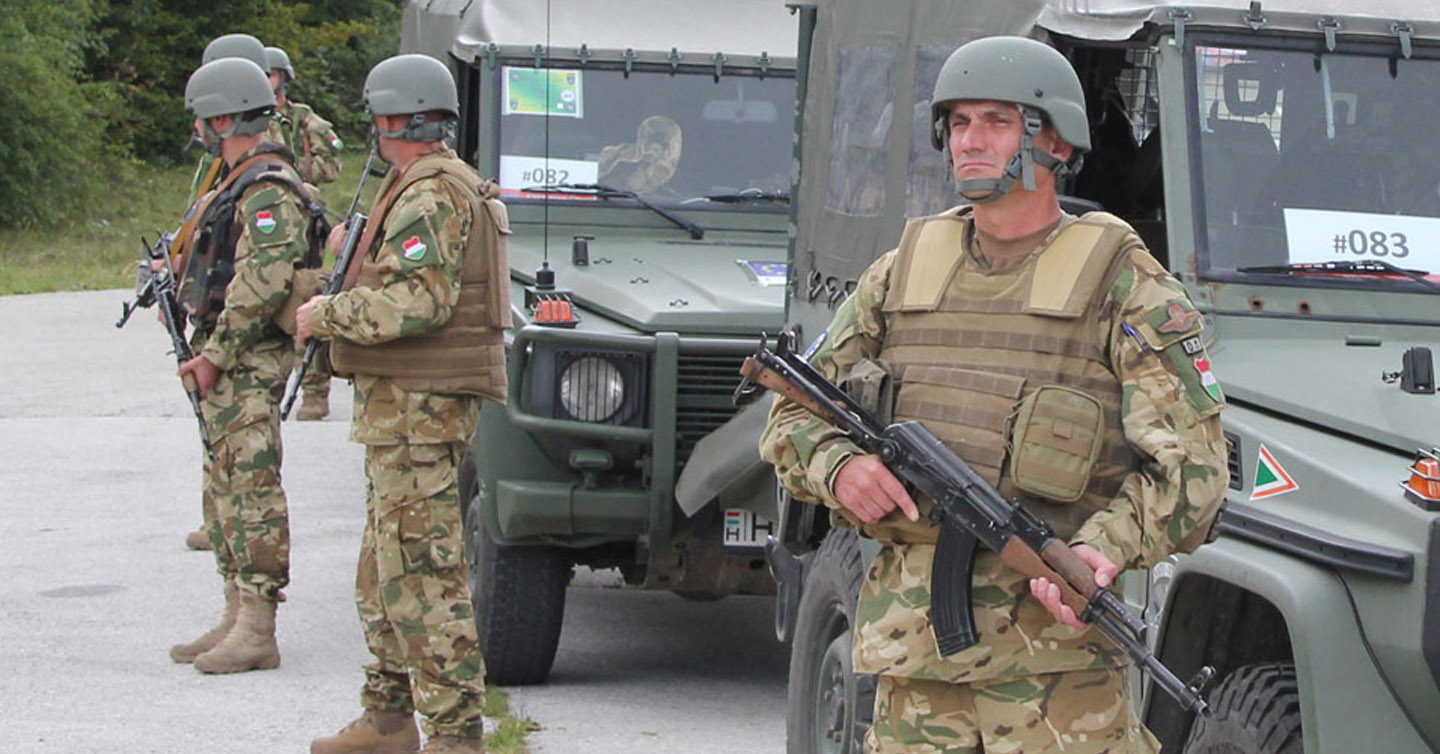 The European Union is a cooperative of twenty-eight member states, and everyone has different views

A BETTER PEACE welcomes special guest Aili Ribulis of the European Union’s delegation to the United States to discuss advances and initiatives that the EU is undertaking to develop its capabilities. This follows up on a podcast conducted in 2018 with Ms. Ribulis’ predecessor, Mr. Ludwig Blaurock, who presented the concepts under development. As Ms. Ribulis explains, over thirty major initiatives are being pursued, and several are in active development. There are also challenges from having to secure consensus from all its member states and dealing with on-going issues such as Brexit. Is there cause for optimism or caution? U.S. Army War College Director of European Studies Darrell Driver moderates.

Photo: Hungarian soldiers of KTRBN (KFOR Tactical Reserve Battalion) in convoy arrive at Kula during an exercise help by the European Force (EUFOR) in Bosnia and Herzegovina.