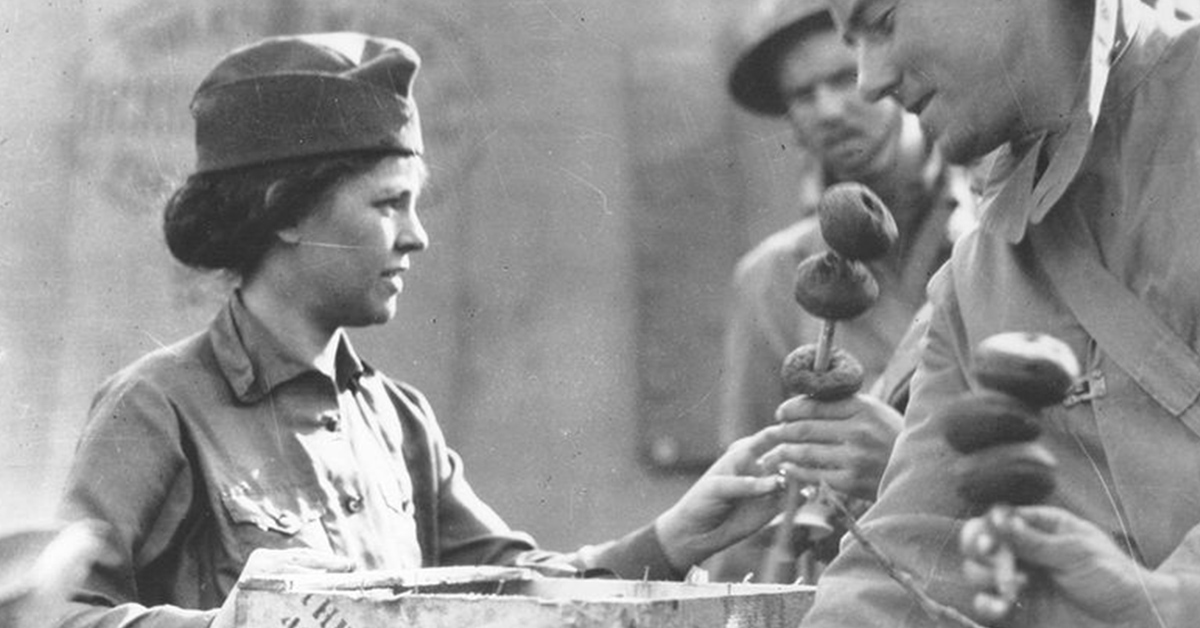 While contemporary conversations about women and the military focus on the extent to which women are or should be integrated as service members, this is but one perspective. Women have been associated with militaries in various ways and to varying degrees throughout human history. In the U.S., the wars and conflicts of the 20th century saw civilian American women taking on significant roles and responsibilities in support of war efforts, from the thousands of women manning the factory floors (a la Rosie the Riveter) to entertainers sent overseas.

One of the more interesting (and by today’s standards, rather odd) initiatives was the sending of attractive single women to the front lines of World War I. The purpose was simply to meet and converse with the soldiers thereby sustaining morale. For soldiers who had never left home before the war, the presence of these women were reminders of the home front and (it is believed) helped keep soldiers from engaging in immoral or unprofessional conduct with the locals. This idea evolved over subsequent wars but the aim remained the same — to alleviate combat stress and help keep soldiers on the straight and narrow. However, the launch of the All-Volunteer Force, gender integration, and the growing numbers of older, married soldiers led to movements away from employing women in such morale support roles.

Discussing this history and contemporary implications is Kara Dixon Vuic, author of the book The Girls Next Door: Bringing the Home Front to the Front Lines. WAR ROOM Editor-in-Chief Jacqueline E. Whitt moderates.

Kara Dixon Vuic is the Lance Corporal Benjamin W. Schmidt Professor of War, Conflict, and Society in 20th-Century America at Texas Christian University. Jacqueline E. Whitt is the Editor-in-Chief of WAR ROOM. The views expressed in this presentation are those of the speakers and do not necessarily reflect those of the U.S. Army War College, U.S. Army, or Department of Defense.

Photo: Doughnut Girl in World War I with troops, circa 1918