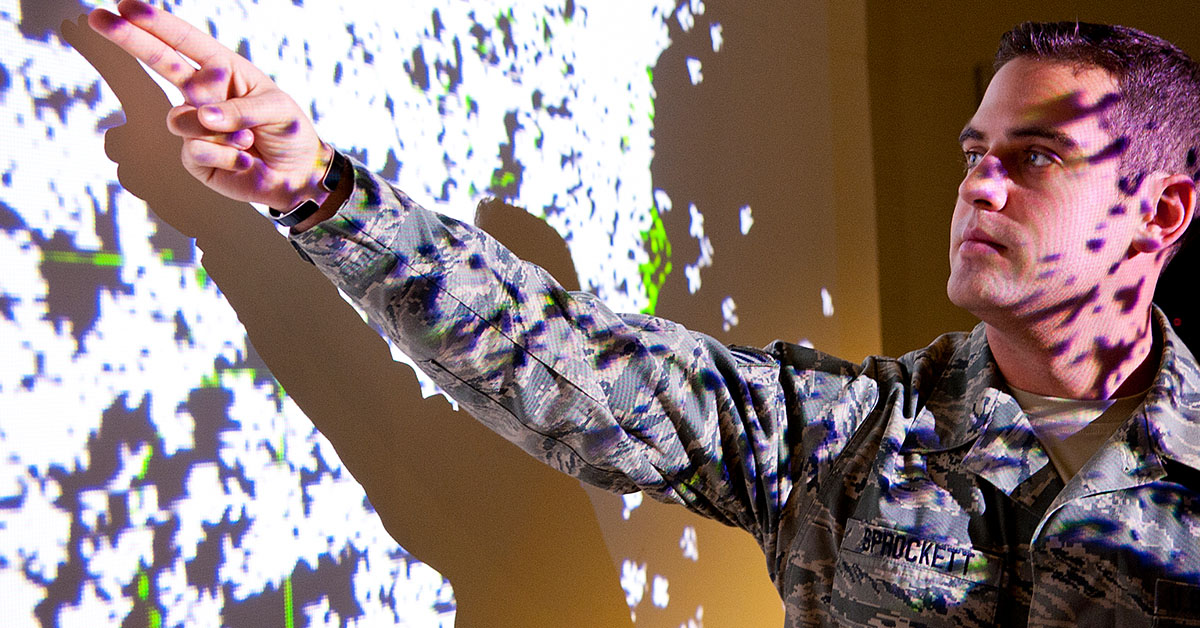 The U.S. intelligence community … is the singular community that Americans need to trust to feel secure

It’s that midnight kind of anxiety, where you wake up – or you’re already unable to sleep – and you feel that twist in your gut because you don’t know what to believe anymore. Does Iran really have a weapons-grade nuclear capability? Are the intelligence estimates correct? Or the analysis, the understanding, or even the media reporting of it? How might Russia try to disrupt our 2020 elections? Does North Korea have a viable nuclear weapons capability?

That these questions continue to nag at you is indicative of an even deeper concern. You lack confidence in the intelligence community to have all the answers, or even some of them. How can confidence be increased, skepticism satisfied, and measures of effectiveness realized?

Even as survey instruments such as the Edelman Trust Barometer purport to measure trust in institutions, and other polls attempt to convey respect for them, one institution that is not typically measured is the U.S. intelligence community, a federation of 17 separate U.S. government intelligence organizations who conduct the assessments and make the recommendations that support foreign policy and national security policy decisions and their implementation. This is the singular community that Americans need to trust to feel secure in an increasingly complex, dynamic, and shifting global environment. But building that trust and confidence is challenging due to the classified nature of the business itself.

The Vital Role of Intelligence

What is the business of this institution? Former Director of National Intelligence James Clapper offers this simple definition: “Intelligence involves research, determination, persistence, patience, continuity, drawing inferences in the absence of complete information, and taking advantage of vulnerabilities and what you overhear in others’ conversations, no matter how cryptic and jargon filled they are.”     But intelligence work, conducted in secret, must withstand deep scrutiny once the situation demands information be made public, or if information is leaked. That information must withstand the accompanying media frenzy, with pundits chiming in with their own spin on the intel and all the audience attention-grabbing what if questions.

Defining success of intelligence activities, particularly when it comes to countering foreign influence and disinformation, is more than difficult. It is nearly impossible given the current operating environment. The mountains of data generated every second are even harder to navigate than it may appear on the surface, particularly considering how easy it is for anyone to cover their tracks on the internet. As Americans, if we are concerned as a nation about countering foreign influence and disinformation, it is critical that we be able to recognize when our countermeasures are successful. National security and policy professionals must rely on the intelligence community. But because it is clandestine by nature and shrouded in cultural baggage from movies and books about spies and espionage, it is a community the general public may not have equal confidence in.

Media scrutiny comes regardless of operational success or failure. Perhaps the greatest example of success in recent years is that of the U.S. SOF operation to kill Bin Laden. When President Obama announced to the nation on May 2, 2011, that U.S. special operations forces had killed the terrorist leader, there were celebrations in the streets of Washington. This was a major high point for U.S. intelligence and for weeks afterwards the public phone lines at the CIA rang with calls of congratulations and gratitude. It was a time of closure and one of faith that the intelligence community was effectively doing its job.

Conversely, perhaps the greatest example of the intelligence community’s failure is that of Wikileaks’ disclosures about U.S. intelligence operations, which broke faith not only with U.S citizens but with America’s friends and allies. Wikileaks describes itself as a library of censored, classified, or otherwise restricted information. It analyzes that information and publishes it. To date it has published over ten million documents and associated analyses. But the publication of leaks, particularly those that revealed information provided by then Specialist Bradley (now Chelsea) Manning, served to undermine trust in the intelligence community. While many of the leaks were embarrassing, they were not substantially damaging. But they definitely had a ‘chilling effect’ on diplomatic and allied relationships. That effect is still ongoing, even as Julian Assange is now under arrest and pending a hearing relative to his extradition to the U.S. The U.S. intelligence community has identified him as an outlet for Russian propaganda.

So, just as the old saw about one man’s terrorist can be defined as another’s freedom fighter, one can also make a similar comparison between the self-proclaimed whistleblower and the spy. Espionage harms the national interest, destroys trust, exposes sources and methods, and undermines alliances and relationships. Commenting on the fallout from Wikileaks to CNN’s Fareed Zakaria, former CIA Director Mike Hayden said, “We’ve reminded our enemies how good and comprehensive we are at this. We will punish American businesses that have cooperated – under U.S. law and at the direction of a U.S. court. This is bound to be bad for them in terms of their international business. And then, finally, globally, a country or a source that might be thinking of cooperating with the United States, should have almost no confidence in our discretion or our ability to keep a secret. This is harmful.”

Loss of trust is indeed harmful and difficult to rebuild. The Edelman trust barometer reveals a staggering drop in trust in institutions in the years since issues with Wikileaks first surfaced. Yet, while average citizens may display skepticism of intelligence activities and results, those in the foreign policy and national security communities retain the necessary faith and trust in the intelligence community. This is trust borne of experience and professional respect, plus a confirmed understanding of how intelligence works in defense of the nation and in support of diplomacy, military missions and commerce. This confidence is forward-looking and based on both the working methods of the intelligence and about reputation and past performance. Decision makers know that the craft of intelligence gathers, evaluates and objectively analyzes information and data, then disseminates conclusions for use, study or refutation.

That decision makers can rely on the quality of intelligence is influenced by four factors. The first is reliability. American intelligence organizations, from the CIA to NSA, are the best in the world. They are thorough, competent, and professional.

Second, intelligence professionals have integrity. They are honest about what they can and cannot reveal. And in their work they are honest with their findings and recommendations to their superiors. All of our federal institutions are self-policing. The Defense Department and other federal agencies have a respected community of Inspectors General that continues to share best practices and information. The Council of Inspectors General on Integrity and Efficiency (CIGIE) is an independent executive branch organization that addresses issues of integrity, economy and effectiveness that transcend government agencies. Their training institute is focused on training IGs for work in an ever more uncertain and volatile environment.

Intelligence must be dependable. Intelligence reports are a puzzle-piece story, a narrative often constructed from a long trail of varied sources, checked and cross checked, verified and vetted, carefully prepared and organized, often making sense as part of a larger whole construct or national expectation. In his recent autobiography, Facts and Fears, former DNI James Clapper recounts the following story about General Colin Powell. As Chairman of the Joint Chiefs, he advised his intelligence briefers: “Tell me what you know. Tell me what you don’t know. Then tell me what you think. Always distinguish which is which.”

A renewed emphasis on Gen. Powell’s approach to intelligence, a parsing of the knowns and the unknowns in supporting decision-making, is necessary to continue to build trust and faith in the intelligence community. The institutions and the professionals who conduct intelligence gathering, analysis, and prepare recommendations will continue to evolve, relying heavily on their colleagues, those 17 organizations that coordinate, cooperate, and share intelligence, and contrast and compare analyses. It is critical that this work be accomplished clearly apart from the realm of political influence. A reputation for total objectivity is one that cannot be compromised. Products should be the result of professional efforts by an entire community with goal of having a positive impact on the security of our nation.

One method could greatly enhance the IC’s reputation; a willingness to submit to a robust oversight or auditing process, led by Congress or an independent Special Inspector General. The weak FISA process could be brought to a greater level of legitimacy and efficiency. Certain Congressional elements could carve out a greater role for oversight, buy-in, and understanding of processes and programs, and their legal underpinnings, leading to greater support and inter-agency cooperation.

Issues, problems and failures must be recognized and admitted upon discovery, even if only as part of a classified IG investigative report or to specific Congressional committees, if too classified for general public disclosure. A true establishment narrative, one consistent with institutional identity and values, should always form the foundation of all IC communications. Intelligence Community must be able to consistently describe with purpose and clarity, what programs, processes, and outcomes mean and how they meet specific national security goals and support U.S. interests. Through experience and repetition, the narrative will assume the reputation the IC community desires, one that can be trusted, relied upon, and respected.

National security leaders must have faith that there is a purpose to what is required of intelligence gathering. On the tenth anniversary of 9/11, Colin Powell said, “we have to be on guard that we don’t spend so much time worrying about terrorism and guarding ourselves that we start to lose the essence of who we are as an open, freedom-loving people welcoming the rest of the world.”

So, the average citizen may not know if there are UFOs following Navy ships. Even policy and national security leaders may not have the slightest inclination when North Korea will next conduct a missile test. For that matter, regardless of our assignment, position or experience, military leaders themselves may not know much about issues beyond their current sphere of responsibility.

Some things we take on faith, and on trust, sometimes on instinct and our own experiences. But, when we depend on others to help us rest at night, trust takes on a whole new meaning. As the Information Apocalypse continues, we have to believe in the intelligence community as the nation’s first line of defense against disinformation. If we cannot, no amount of sleeping aids will help.