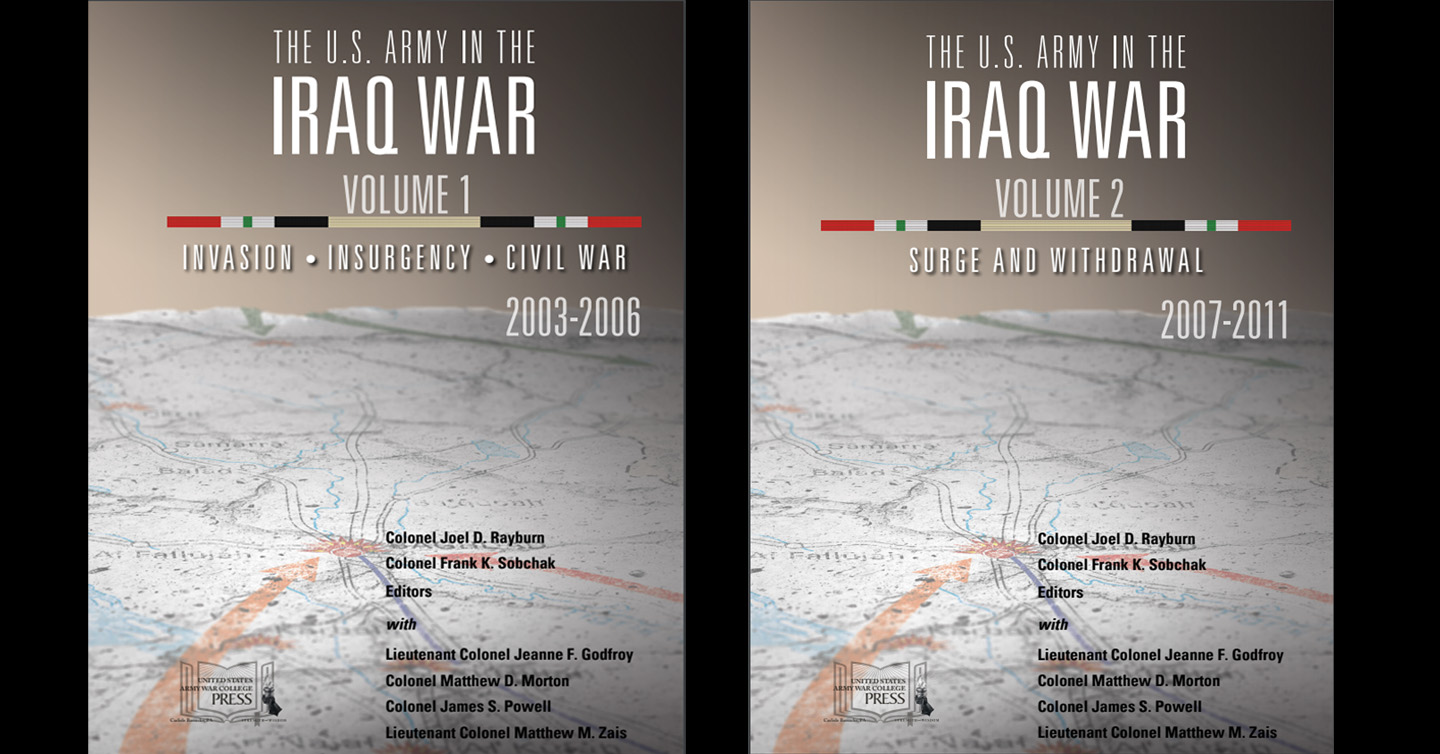 In 2013, a team of authors was commissioned by then Chief of Staff of the Army General Odierno to write a study of Operation Iraqi Freedom to glean insights for immediate practical application. The resulting two-volume report (Volume I | Volume II) was completed in 2016 but not authorized for release until early in 2019. In this presentation, A BETTER PEACE welcomes co-editor U.S. Army Colonel (Retired) Frank Sobchak and author U.S. Army Colonel Jim Powell to discuss their experiences of assembling the team, researching the report, and ultimately writing what came to a 1300-page product with tremendous implications for the current and future Army. What were more important insights? What were the toughest challenges, beyond the sheer size of the project? A BETTER PEACE Editor Jacqueline E. Whitt moderates.

Image: Covers of the two volumes of the report. Prepared by Jennifer Nevil. Composite assembled by Tom Galvin.