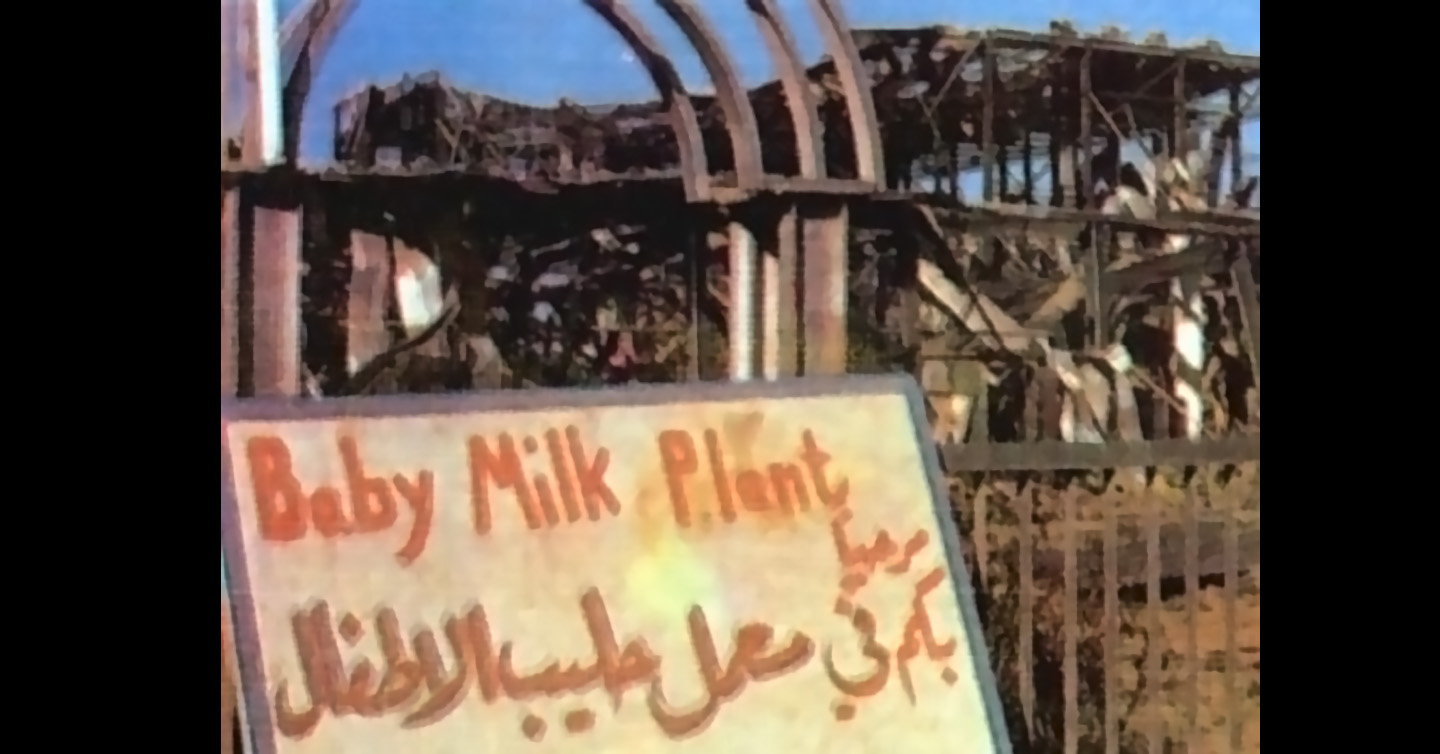 Remember Saddam Hussein’s use of human shields during the Persian Gulf War? His illegal and contemptible movement of innocent civilians to military bases and other strategic locations was intended to deter the international coalition. In that instance, the Iraqi ploy had negligible effect on the outcome of the war, but misusing protected persons in war has been and will continue to be a challenge in the Middle East.

Israel likely faces another intifada, another terrorist “war” centrally directed against its civilian populations. On legal matters Jerusalem should soon clarify that any enemy movement of civilians into designated military areas or (vice versa) movements of military assets into civilian areas, violates the law of armed conflict, as generally included in sources identified at Article 38 of the Statute of the International Court of Justice.

The specific violation here is called perfidy, defined inter alia at Geneva Convention No. IV, Article 28 of 1949 whereby protected persons are used to render certain areas immune from enemy military operations. This was clarified in 1977 to specifically prohibit the use of human shields to impede military operations. But one must be careful here not to narrow the scope of pertinent law to only human shields. Any movement of military forces into civilian areas specifically to preclude an attack is equally perfidious and represents a serious violation of the laws of armed conduct.

Historically, violent extremists in the region have not been deterred by such laws. During Israel’s several Lebanon wars, Hezbollah, assisted by Syria and Iran, placed its weapons and fighters in certain specific areas of Arab civilian population During Israel’s several Gaza wars, perfidy was used with some tactical or operational success by Hamas, but even more importantly, with still-greater propagandistic benefit. This is primarily because the Israeli side had been insufficiently clear about condemning the Palestinian terror group’s calculated linguistic manipulations. In the past, ISIS, which at some earlier point might even have been inclined to confront Israel directly, employed a human shields strategy in the battle for Mosul, Iraq. At that time, a strongly prohibited strategy was still effectively useful in providing ISIS with certain tangible tactical advantages.

Plausibly, Israel’s adversaries would resort to such tactics again; thus Israel must diligently arm itself with the best available legal defensive weapons. Going forward, diligent steps should capably ensure that Palestinian and/or Shiite terrorist war crimes will never get in the way of the Jewish State’s basic self-defense. By definition, this obligation would become most critical in those still-conceivable circumstances where Sunni and/or Shiite Arab terror attacks could involve weapons of mass destruction.

Consider the possibility of Hezbollah (or any other hostile terrorist force) planning a WMD attack against Israel from a secure base in Lebanon, Syria, or the Golan Heights, while protecting its prohibited preparations from Israeli pre-emptive strikes by (1) secreting pertinent military assets among vulnerable civilian populations, and/or (2) placing selected portions of fragile civilian populations in previously-designated military areas. Israeli pre-emption in such circumstances could be technically justifiable, given prior violations of perfidy by Hezbollah and plausibly its state sponsors. But such actions would also be risky. They may not be operationally successful, and the conflicting adversaries could then use the strikes for propaganda purposes.

Actionable solutions must come first by evaluating law and strategy as logically discrete elements of Israel’s military posture. Then, Israel must integrate them into a suitably coherent whole. In other words, Israel must take prompt measures to convince relevant terrorist foes and their state patrons that any perfidious terrorist aggressions would be revealed in law and opposed in practice at the same time. Such mutually reinforcing measures could create an efficient force multiplier for Israel, one wherein the whole anti-terrorist effect would be greater than the mere sum of all legal and military parts. I will first discuss the critical legal aspects, followed by a discussion of the growing prevalence and likelihood of perfidious behavior in the region.

In law, an Israeli preemption could qualify as a correct expression of anticipatory self-defense. Among other things, the prospective legal allowance in the Hezbollah WMD example would stem from its prior commission of perfidy. Correspondingly, legal liabilities for civilian casualties caused by any needed Israeli preemption would not lie with Jerusalem, but instead with Hezbollah. This conclusion presumes, however, that any such preemption would have been intentionally constrained to the fullest extent possible under the summarizing Rome Statute considerations of distinction (discrimination), proportionality, and military necessity. Always, under both customary and codified expectations of the law of war, these three basic and interpenetrating criteria remain binding.

Again, perfidy and perfidy-like behavior represent egregious violations of the law of armed conflict. However, such behavior is easy to mask, and the burden of proof can properly fall upon the offending force. Hamas’ ability to use human shields during the Gaza wars is an example. It falsely yet successfully justified the use of human shields in terms of alleged Israeli disproportionality. Never mind that Hamas thoroughly mischaracterized the meaning of proportionality—for example, laws of armed conflict do not require actual equivalence or symmetry in the use of force—the concocted claims still proved successful as expressions of Hamas propaganda. Commonly, Hamas claims mobilized portions of world public opinion against Israel. This deceptive but persuasive tactic was a textbook example of Palestinian “lawfare” at both its practical best and its ethical worst.

Part of the problem is that the targets of such propaganda— assorted general publics—are easily swayed due to far-reaching ignorance of the laws of armed conflict and antipathy toward war in general. Proportionality is a useful example. Drawn from the rudimentary legal precept that “the means that can be used to injure an enemy are not unlimited,” proportionality stipulates that every resort to armed force must remain limited to whatever is presumed necessary for meeting legitimate military objectives. This peremptory or jus cogens principle of codified and customary jurisprudence applies to all judgments of military advantage and, as corollary, to any planned reprisals or retaliations. It does not mean that each side to an ongoing conflict must agree to suffering and/or imposing symmetrical harms.

This is naturally complex in comparison to news reports, photographs, and videos showing the graphic results of relevant military action. Therein lies part of the challenge for Israel—to explain the problem in ways that can mitigate and overcome the visceral propaganda, which is composed of selected lies and illegal behavior. But Israel must face this challenge. Locally and globally, there must be substantially greater understanding that perfidious or perfidious-type behavior by terrorist organizations (e.g., Hezbollah and Hamas) places legal responsibility for corresponding harms directly on that insurgency, and not on the victimized state. Israel is perhaps in the best position to carry this important message.

Otherwise, certain frontline sub-state foes could feel emboldened to escalate hostilities and continue to use perfidy to hamstring Israel. Such escalations could eventually include mega-terror assaults, up to and including the actual use of certain nuclear weapons. To best manage and inhibit such plainly consequential enemy escalations, Jerusalem will have to choose between creating a more-or-less seamless web of national deterrence (ranging from narrowly conventional to broadly nuclear) or effectively allowing enemy forces to proceed directly toward WMD terrorist capacities before threatening them with any reciprocally massive kinds of retaliation.

For now, these vital Israeli judgments will have to be made without the benefit of historical experience. The persuasiveness of any Israeli deterrent threats will require relevant adversaries to believe that Jerusalem is willing to launch appropriate military retaliations and is also capable of inflicting unacceptable damage.

In turn, this means that Israel’s pertinent offensive military forces must always stay at least one step ahead of a determined enemy’s missile defense systems. If this tactical advantage were not present, Israel’s enemy or enemies, no longer having to anticipate unacceptable reprisals, could sometime feel strongly inclined to strike first. In such a dire scenario, critical Israeli deterrence could fail altogether.

Because perfidious behavior has yet to be nipped in the bud, one must expect certain of Israel’s adversaries in the region to employ such strategies. Middle East terror groups could exercise perfidy to emplace chemical, biological or (ultimately) crude nuclear weapons in various populated Arab/Islamic towns and cities. Over time, this insidious practice could effectively deter Israeli’s rightful capabilities to exercise anticipatory self-defense. In turn, upcoming terror group resorts to perfidy could expose Israel to increasingly large-scale levels of homeland destruction.

Sooner or later, certain of Israel’s Arab/Islamic terrorist enemies, under cover of perfidy, could begin to magnify their operational goals. Predictably, these adversaries will systematically strive to exploit the particular methods and harms still lying latent in WMD violence. After all, Saddam Hussein launched many Scud-B rockets toward Israel during the 1991 Gulf War, while more recently Hamas fired rockets at Israel’s nuclear reactor at Dimona. Perfidy could offer them a new presumptively low risk way of trying again.

Risks of Laws Used Against Those Who Follow Them

Writing about the species of fear arising from tragedy, the ancient philosopher Aristotle emphasized that such fear “demands a person who suffers undeservedly,” and that it must also be felt by “one of ourselves.” This fear, or terror, has little or nothing to do with any private concerns for impending misfortune to others, but rather from our own perceived resemblance to the victim.

In essence, terror is generally fear referred back to ourselves. The credible threat of chemical, biological, or nuclear terrorism could thus prove purposeful, especially from the jointly comprehensive standpoints of enemy passion and enemy logic.

In sum, Israel should more plainly communicate to its principal terrorist foes that if they pursue higher-order forms of destruction, Israel will never back down. Moreover, Israel must similarly communicate to the international community the precise nature and character of its enemies’ illegal actions. For such communications to succeed, Israel’s terrorist enemies should foresee no meaningful advantages to launching any perfidious assaults. For the State of Israel, law and strategy must always be contemplated together, as closely interdependent parts of a single coherent policy. For the international community, propaganda—no matter how visceral—must be judged for both its expected jurisprudential and operational consequences. The law of armed conflict and its rational application to the Middle East situation must always outweigh propaganda levied by perfidious adversaries. Even more importantly, full attention should be drawn to the primary and immediate victims of perfidy, that is the innocent civilians being placed illegally at risk.

Photo: Hand-drawn sign (in English and Arabic) placed in front of a military target destroyed by coalition forces during the Persian Gulf War.